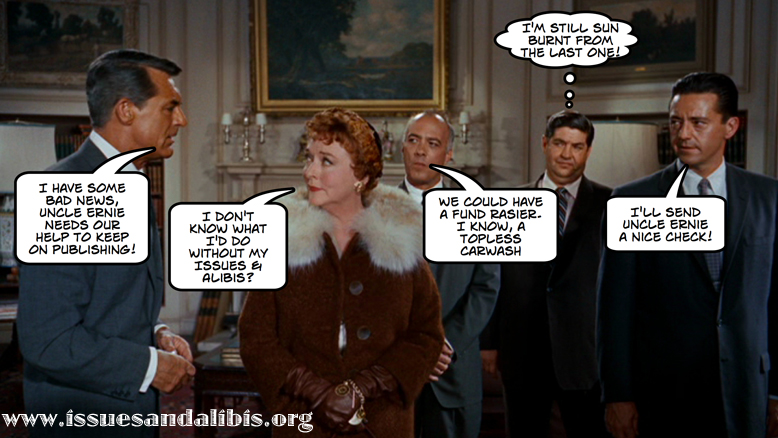 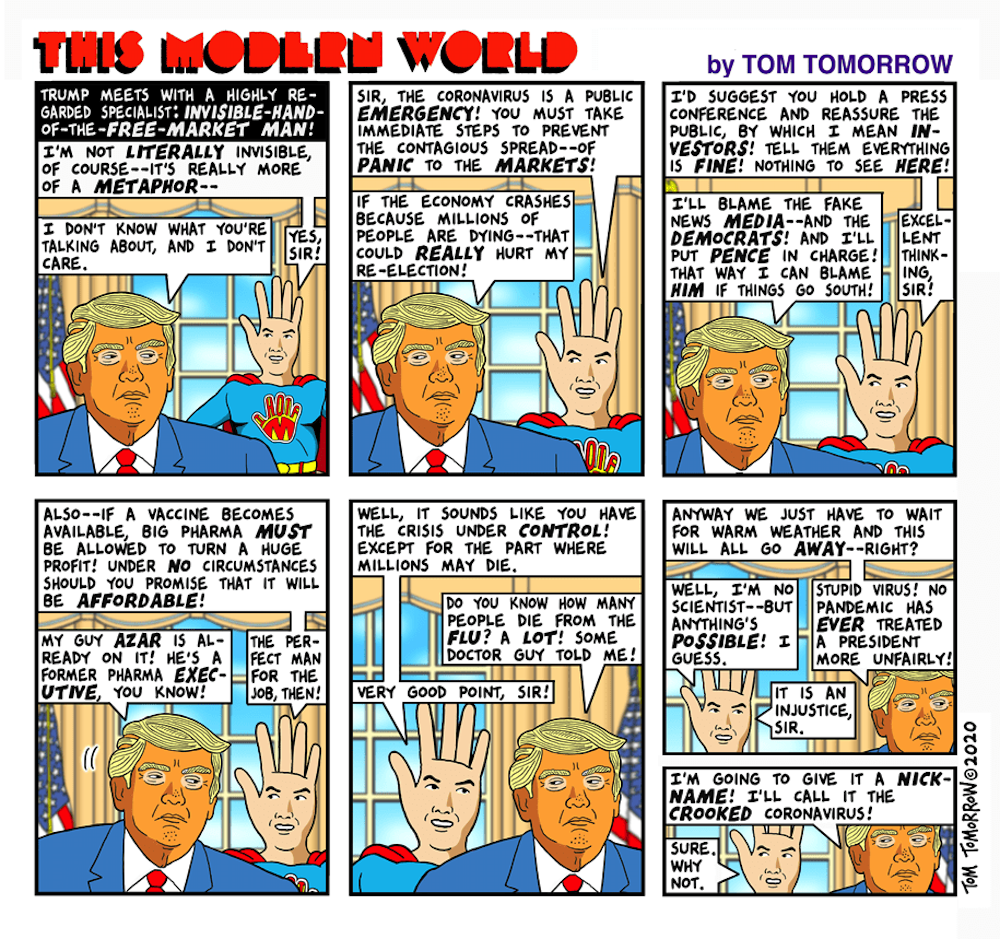 It's one of those, "I should have seen it coming but I didn't" things. Glen Ford has been on about it for years and I've read Glen "religiously" for years but I guess it didn't sink in. Beyond that, I had a perfect example in Michigan over the vote on Gay Marriage.

Of course, I'm talking about how black folks turned out for Wall Street Joe over Bernie! The small lead that Joe has over Bernie can be laid directly on their door step. I guess it comes from my youth spent "freedom marching" and supporting black causes and amongst my black friends who were all liberals and various shades of radicals, like myself. I thought because Joe is a wall street puppet who put Anita Hill through the meat grinder and is not a friend to black folks in general they could see the light but I guess all they could see was Barry and if Joe was good enough for Barry he's be good enough for them, I know, my bad. Even though Glen had gone on and on about the "Black Misleadership Class" in Con-gress which are former black liberals who have all been bought and paid for by the corpo-rats like most of their white colleges have.

The Gay Marriage vote in Michigan really shocked me but it shouldn't have. I had assumed that the underdog blacks would have seen the underdog gays and would have supported them as they had the Jews who too had supported the blacks, but like Barry their fearless leader they came out against gay rights and the gay rights bill failed at the polls. Who'd have thought? Apparently not I!

The end result maybe another four years of Lying Donald, which I'm pretty sure is not what the black folks wanted? Bernie's hard core won't vote for Wall Street Joe, and will either vote Green or won't vote at all. I won't vote for Joe as a couple of decades ago I decided I would no longer vote for the lesser of two evils. No more! Joe has a long history of racism going back to the early 70s when he joined with fascist, racist Rethuglicans to stop busing and hasn't changed a bit since then, not to mention to selling his soul to Wall Street. So even if Joe wins, America loses, just as our corpo-rat masters wanted. I'm sure that on Wednesday morning the billionaires were dancing in the streets.

I see where methane is a powerful greenhouse gas and large contributor to global warming. Methane emissions to the atmosphere have increased by approximately 150 percent over the past three centuries, but it has been difficult for researchers to determine exactly where these emissions originate; heat-trapping gases like methane can be emitted naturally, as well as from human activity.

University of Rochester researchers Benjamin Hmiel, a postdoctoral associate in the lab of Vasilii Petrenko, a professor of earth and environmental sciences, and their collaborators, measured methane levels in ancient air samples and found that scientists have been vastly underestimating the amount of methane humans are emitting into the atmosphere via fossil fuels. In a paper published in Nature, the researchers indicate that reducing fossil fuel use is a key target in curbing climate change.

"Placing stricter methane emission regulations on the fossil fuel industry will have the potential to reduce future global warming to a larger extent than previously thought," Hmiel says.

Did you know that there are two types of methane and that methane is the second largest anthropogenic-originating from human activity-contributor to global warming, after carbon dioxide. But, compared to carbon dioxide, as well as other heat-trapping gases, methane has a relatively short shelf-life; it lasts an average of only nine years in the atmosphere, while carbon dioxide, for instance, can persist in the atmosphere for about a century. That makes methane an especially suitable target for curbing emission levels in a short time frame.

Hmiel continued, "If we stopped emitting all carbon dioxide today, high carbon dioxide levels in the atmosphere would still persist for a long time. Methane is important to study because if we make changes to our current methane emissions, it's going to reflect more quickly."

Besides Methane and Carbon Dioxide greenhouse gasses include Chlorofluorocarbons, Nitrous Oxide, Water Vapor and to some small degree Oxygen, and Argon.

Methane emitted into the atmosphere can be sorted into two categories, based on its signature of carbon-14, a rare radioactive isotope. There is fossil methane, which has been sequestered for millions of years in ancient hydrocarbon deposits and no longer contains carbon-14 because the isotope has decayed; and there is biological methane, which is in contact with plants and wildlife on the planet's surface and does contain carbon-14. Biological methane can be released naturally from sources such as wetlands or via anthropogenic sources such as landfills, rice fields, and livestock. Fossil methane, which is the focus of Hmiel's study, can be emitted via natural geologic seeps or as a result of humans extracting and using fossil fuels including oil, gas, and coal.

Global warming is far more dangerous than even Lying Donald, and yet you seldom hear anything about man kinds greatest challenge on commercial tv. Last year the total of global warming coverage by ABC, CBS, Fox News and NBC amounted to slightly less than 4 hours, and most of that was covering the Green New Deal and Greta Thunberg. However, the volume of climate change coverage on the corporate broadcast nightly and Sunday morning news shows increased 68 percent from 2018 to 2019. That may sound good but that was an increase from 142 minutes to 238 minutes, the report noted that this was not difficult to achieve because the amount of coverage in 2018 was "so pitiful" that news shows had a low bar to meet the following year. This climate coverage represented just .07 percent of the overall broadcast nightly and Sunday morning news shows in 2019.

The only network actually covering global warming was PBS, which, had on average, 10 programs a month in 2019. Which is amazing, as that's going against Lying Donald's theory that global warming is a Chinese hoax!

I'm sure you've heard by now what Health and Human Services Secretary Alex (let them eat cake) Azar said the other day when asked about whether a treatment for the fast-moving coronavirus COVID 19 will be affordable, he told Con-gress:

"We would want to ensure that we work to make it affordable, but we can't control that price because we need the private sector to invest. The priority is to get vaccines and therapeutics. Price controls won't get us there."

As you can imagine it totally hit the fan almost instantly and almost as fast they said in would be affordable as the government is financing the research.

You may recall during his time as CEO of Eli Lilly, the global pharmaceutical company repeatedly increased the price of insulin. In the five years Azar was president, the U.S. list price of the company's best-selling insulin drug doubled. So why don't I believe that that the cost of a coronavirus vacine won't double or triple under Alex's stewardship?

But not to worry America because Lying Donald has said that coronavirus is just a Democratic plot, it's "their new hoax." Be that as it may Alex Azar wins this week's Vidkun Quisling Award! 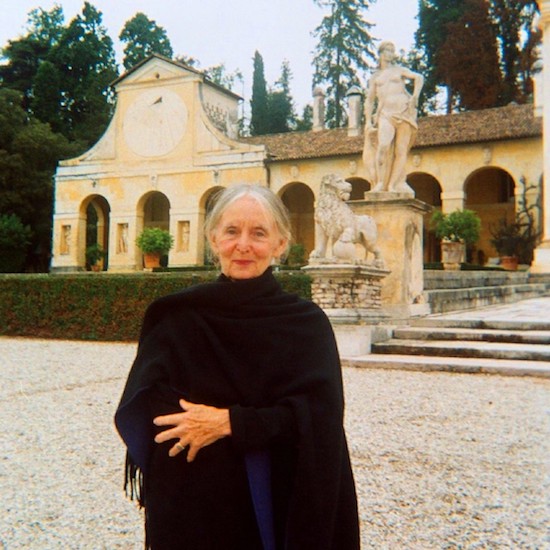 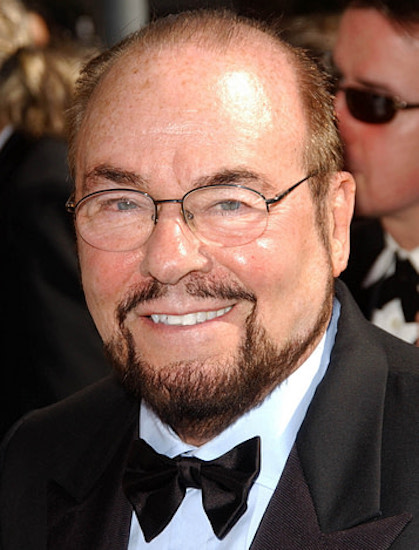 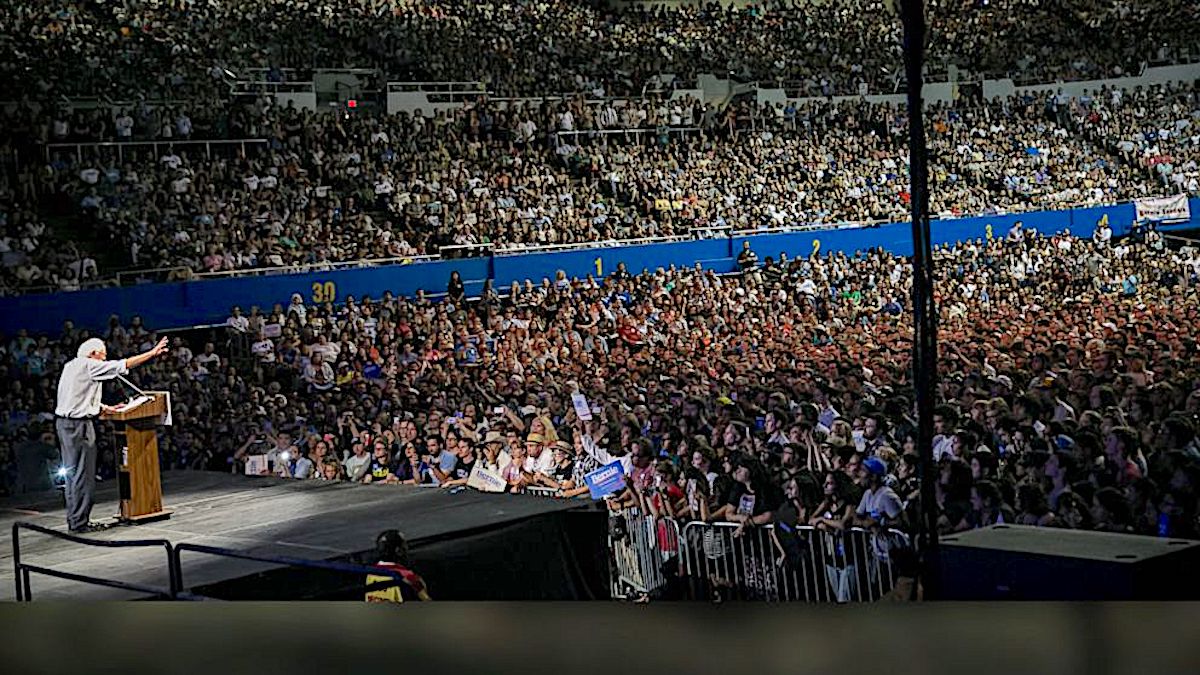 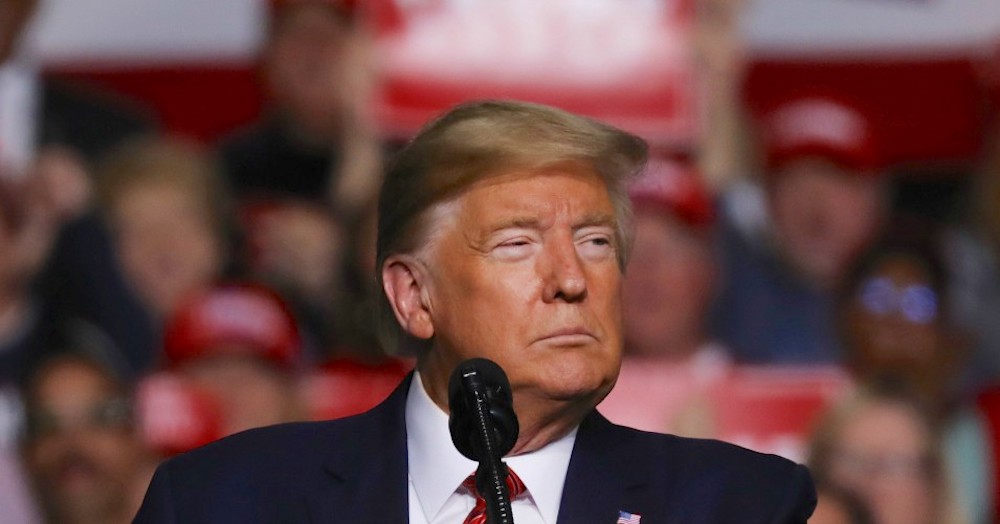 President Donald Trump appears at a rally on the eve before the South Carolina primary on February 28, 2020 in North Charleston,
South Carolina. The Trump administration is coming under increased criticism from democrats for not doing enough to prepare America for the Coronavirus. 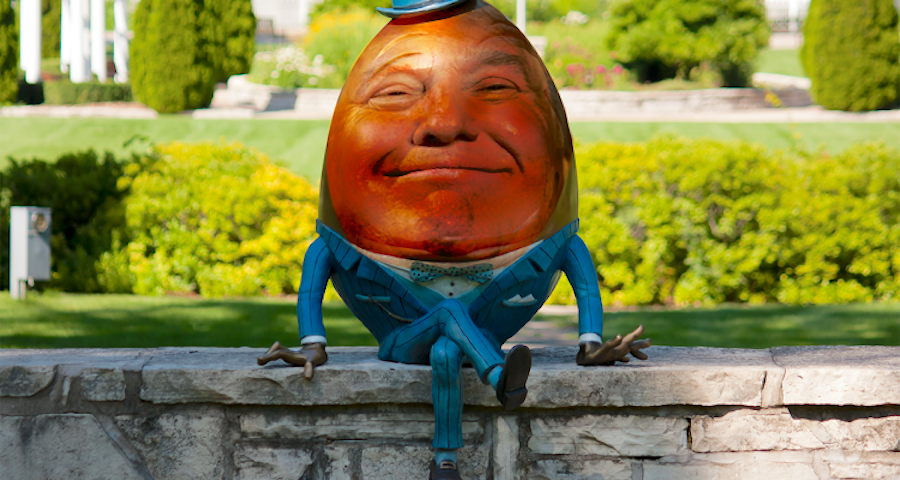 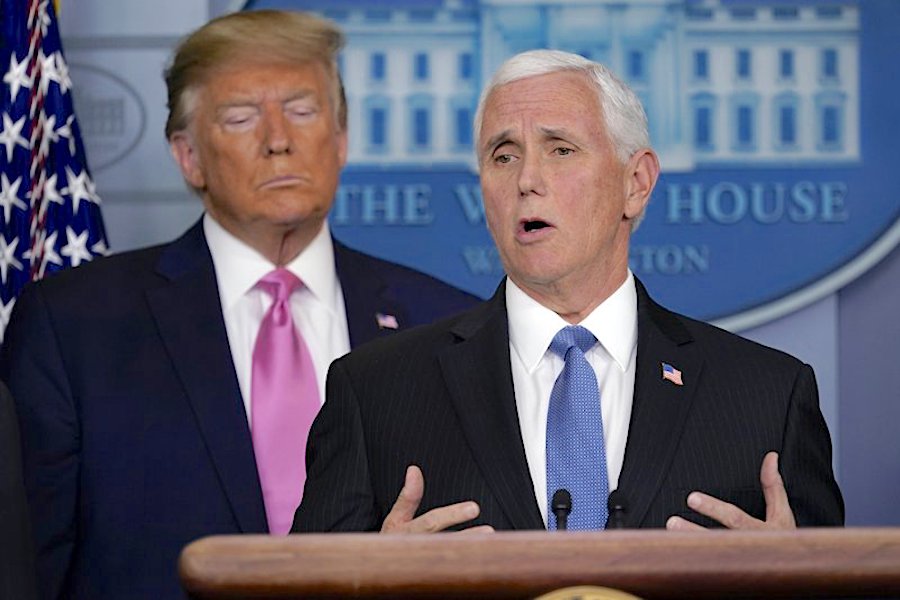 Vice President Mike Pence speaks during a news conference on the coronavirus outbreak at the White House on February 26, 2020. 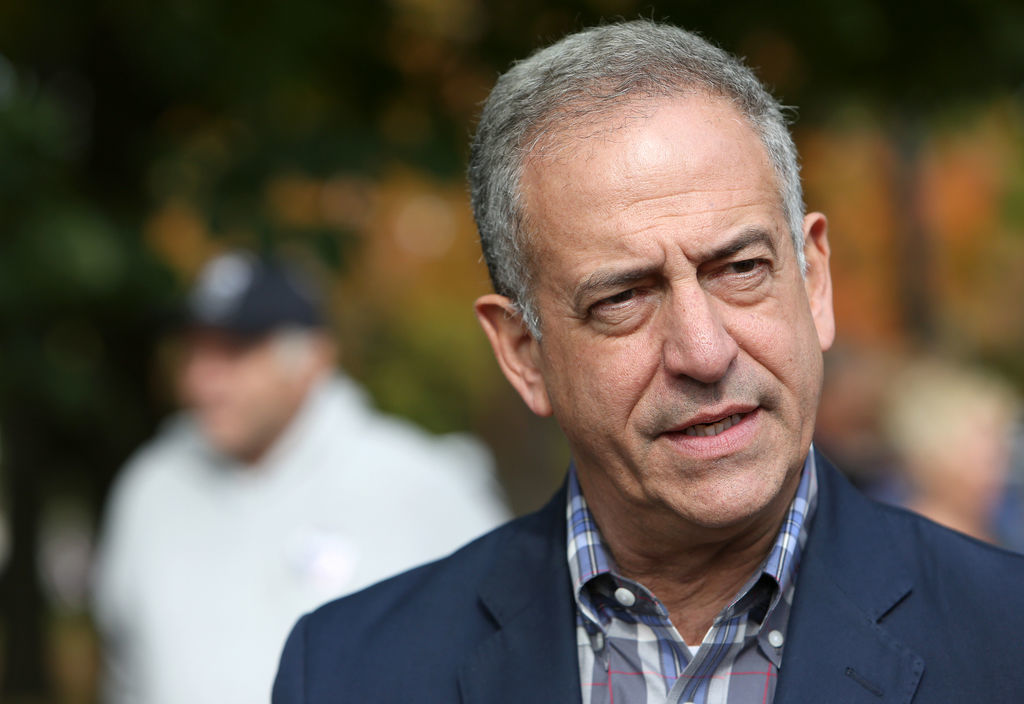 "I believe that Bernie Sanders is potentially creating a miracle of turnout." ~~~ Russ Feingold 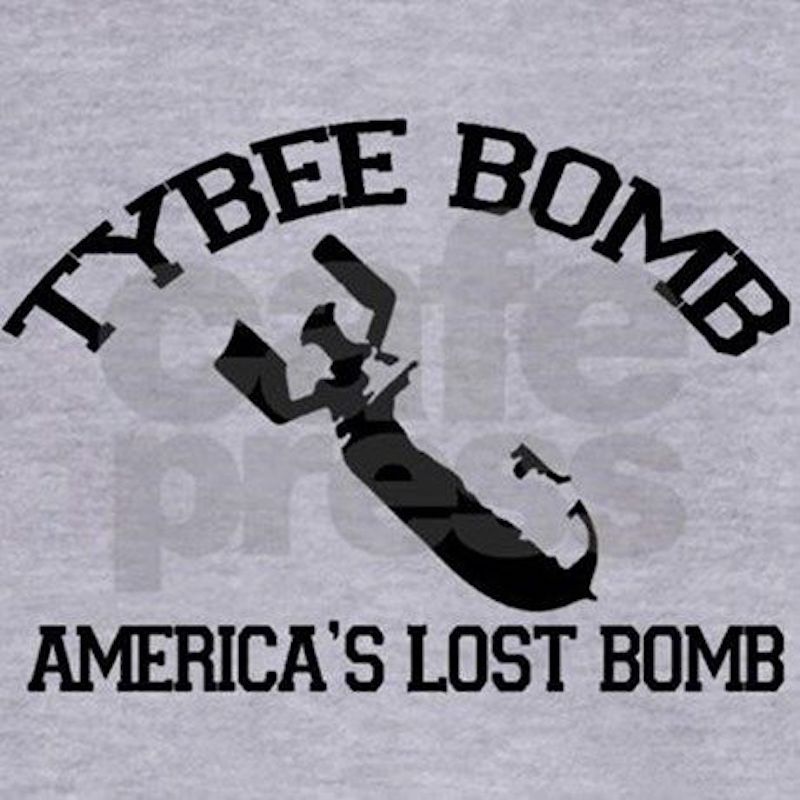 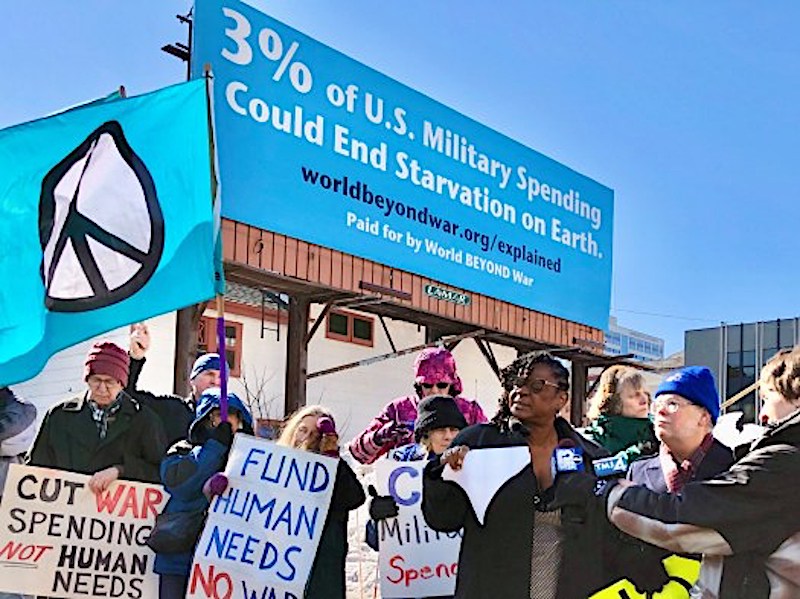 The problem in trying to interest people in the veteran factor, no doubt, is the war culture and the troop
propaganda that engulfs the United States. These are reasons for the work of World BEYOND War,
including something else that's now in Milwaukee, namely this billboard Governments must work with Indigenous Peoples to resolve issues around rights
and title where treaties haven't been signed and honour the treaties that have been. 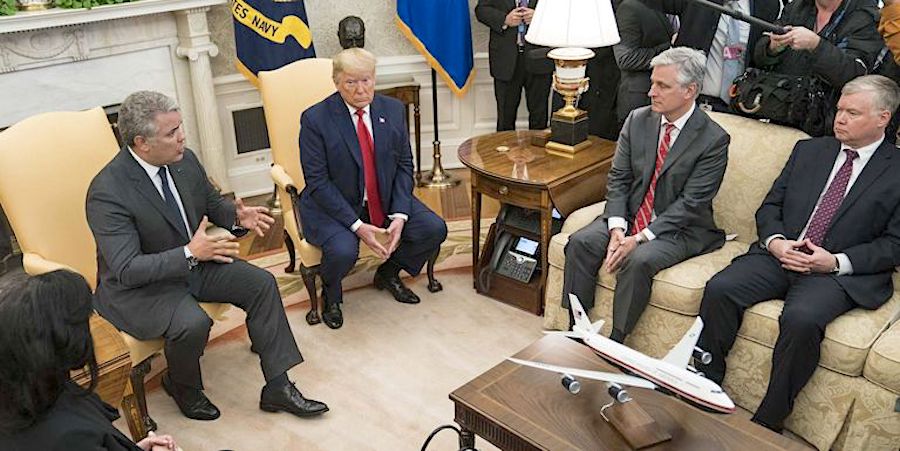 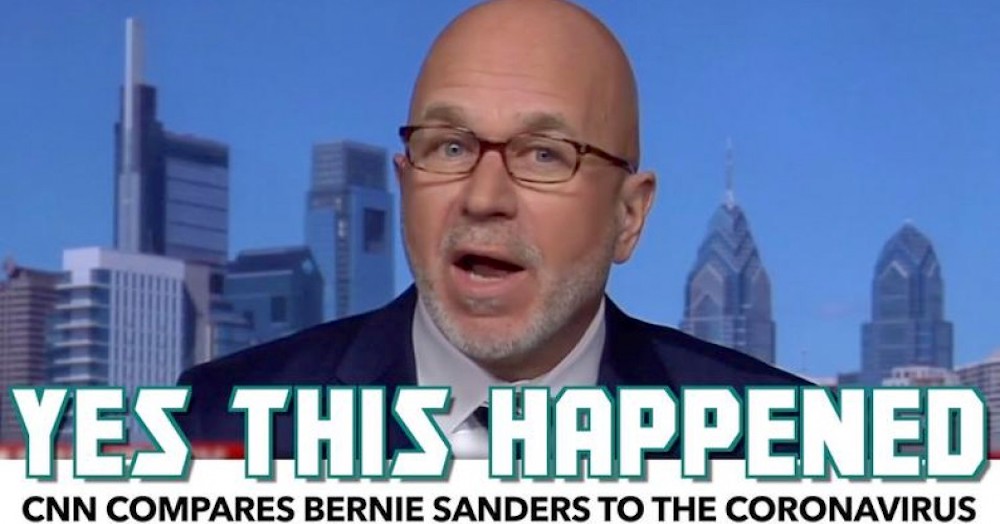 Radio personality and CNN weekend host Michael Smerconish came under fire Saturday-along with
the network-for "casually" portraying the surging prospects of Democratic presidential frontrunner
Sen. Bernie Sanders as comparable to the threat of the infectious coronavirus which continues to spread in
the United States and around the world. 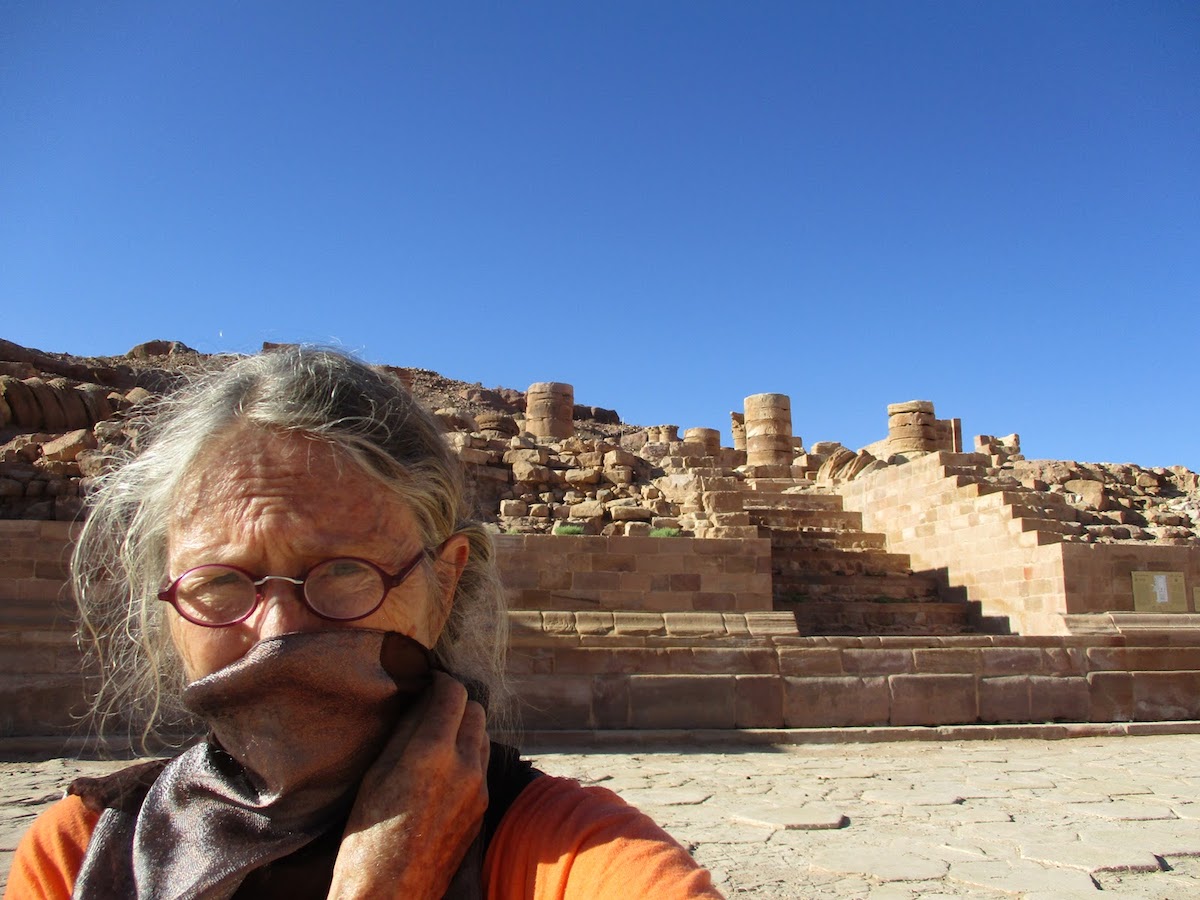 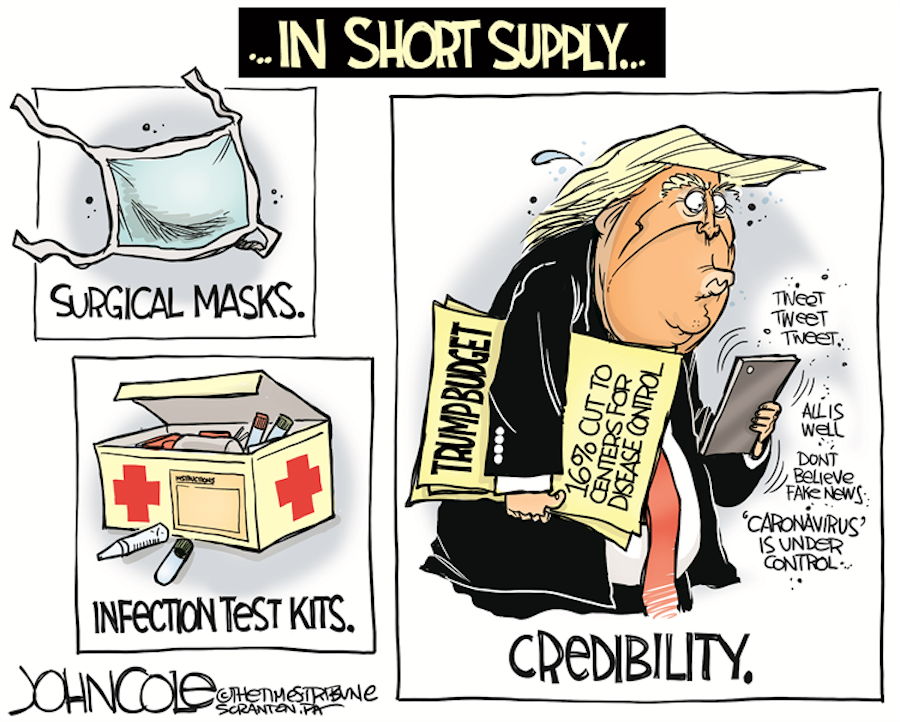 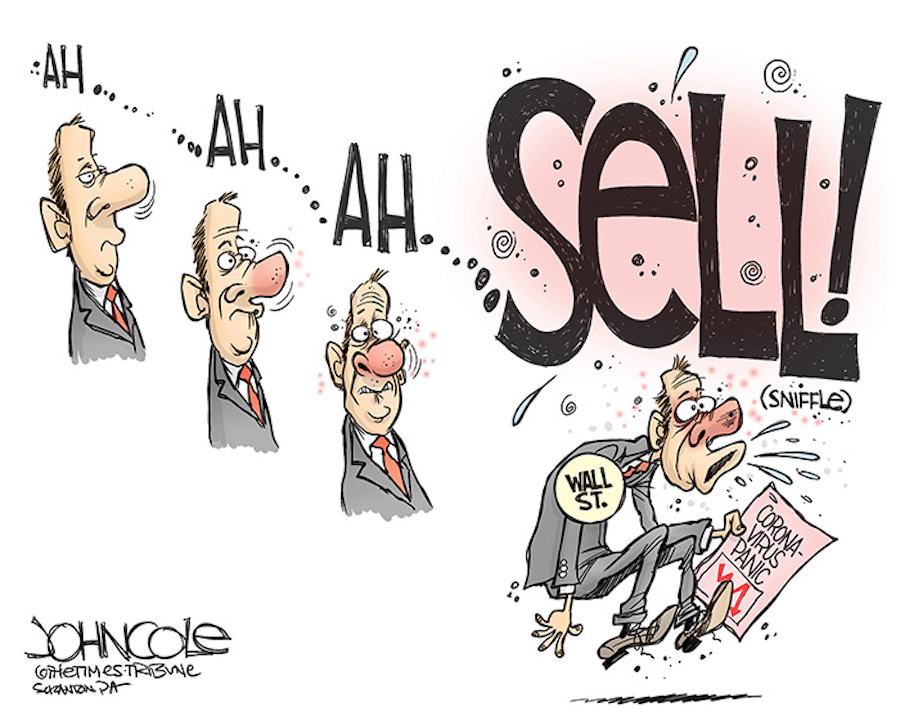 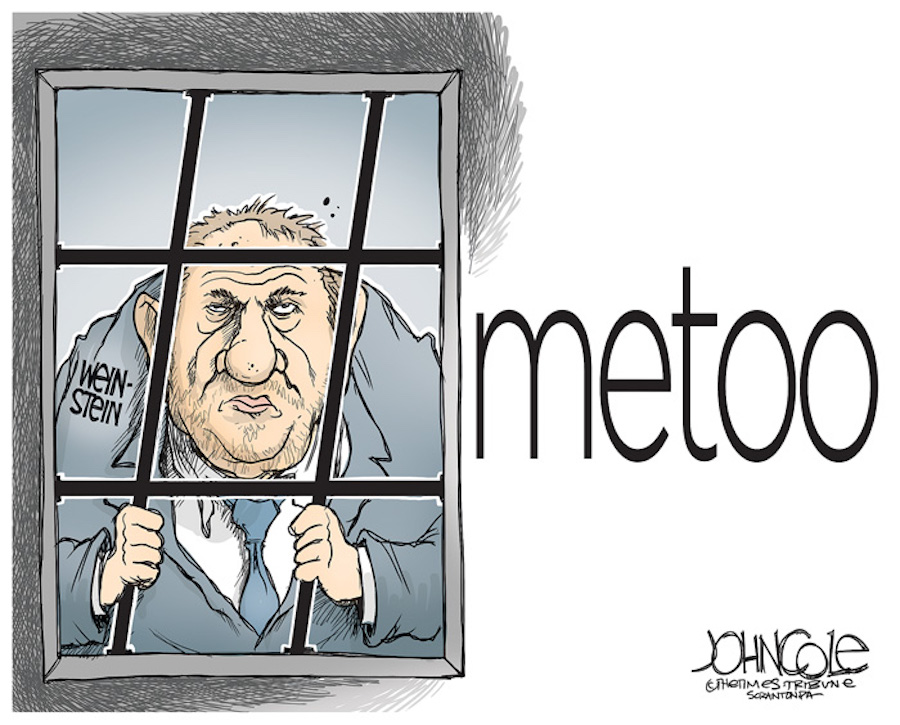 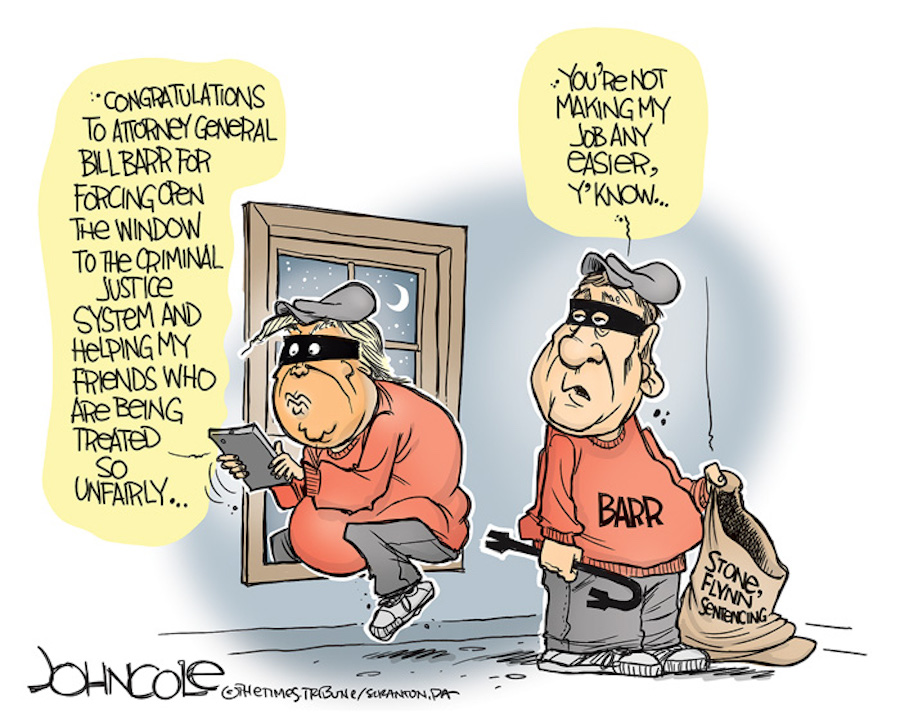 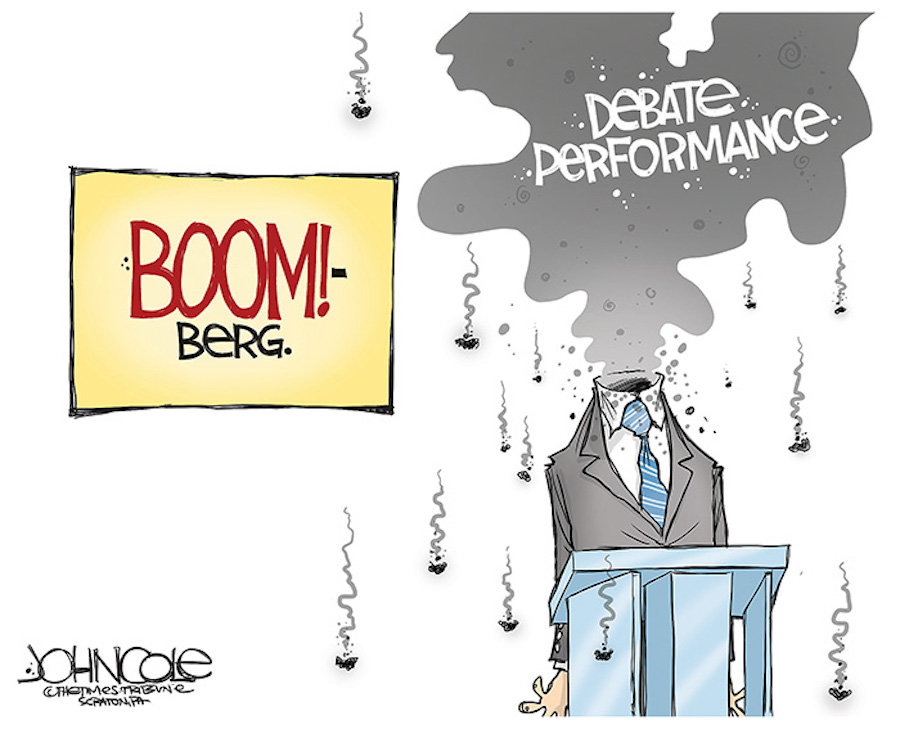 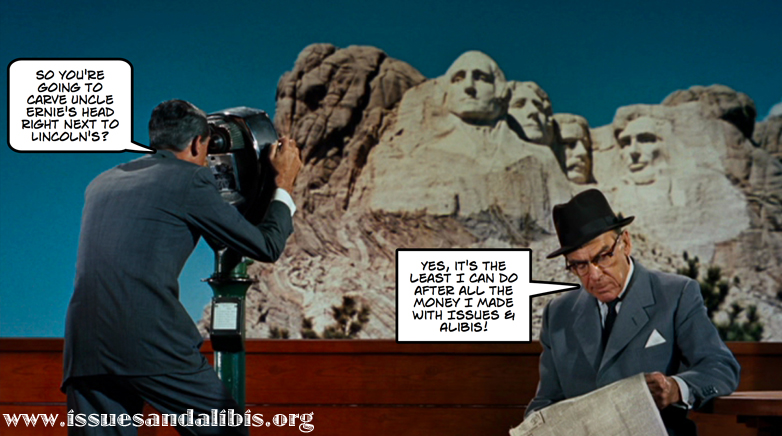