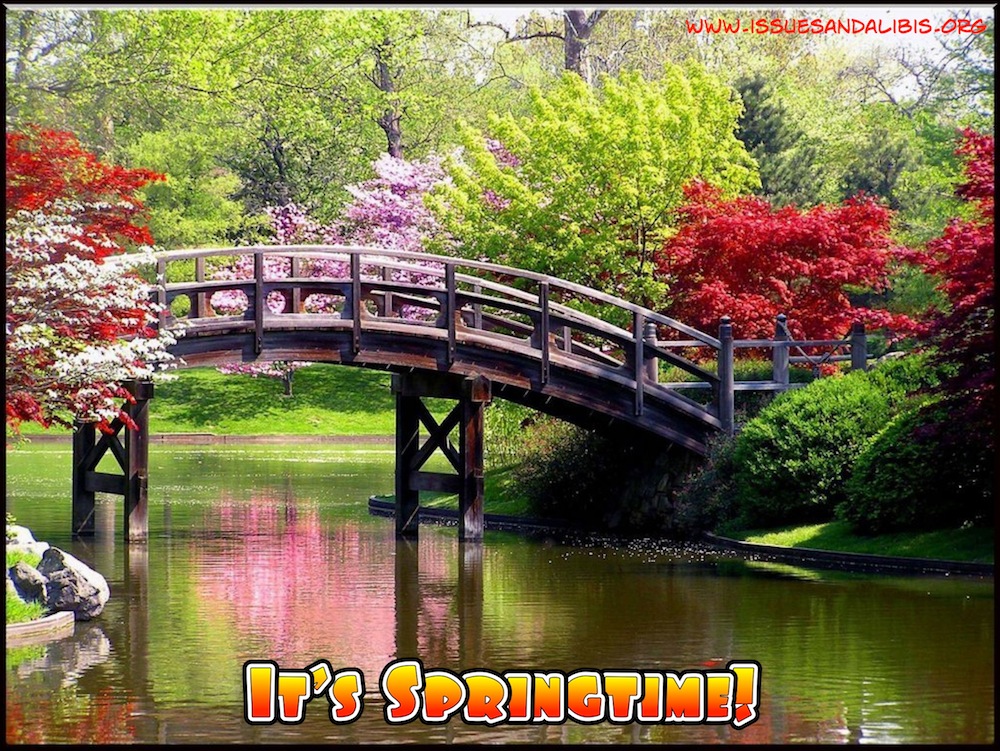 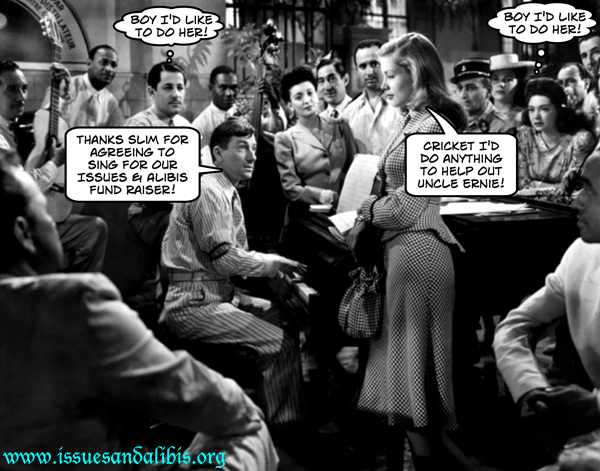 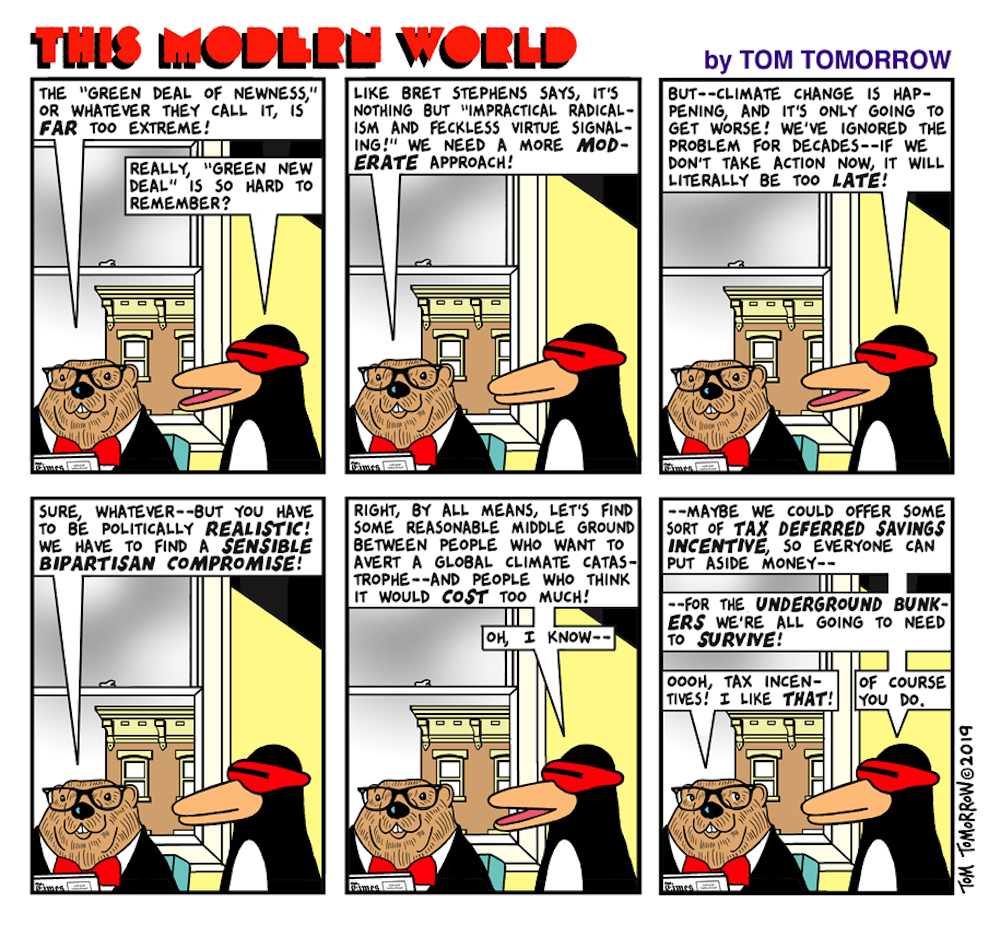 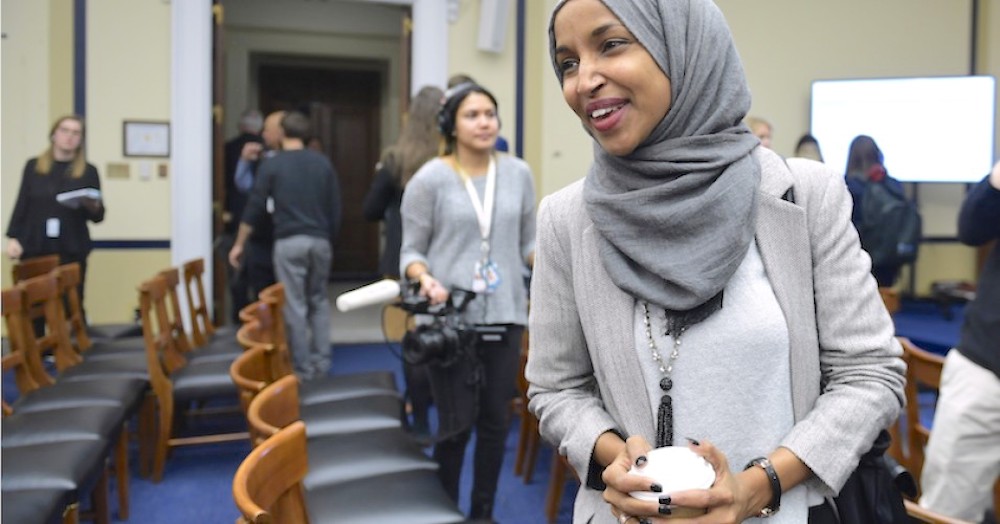 Representative Omar is owed an apology. False charges and a manufactured crisis have sullied her name and put her at risk. 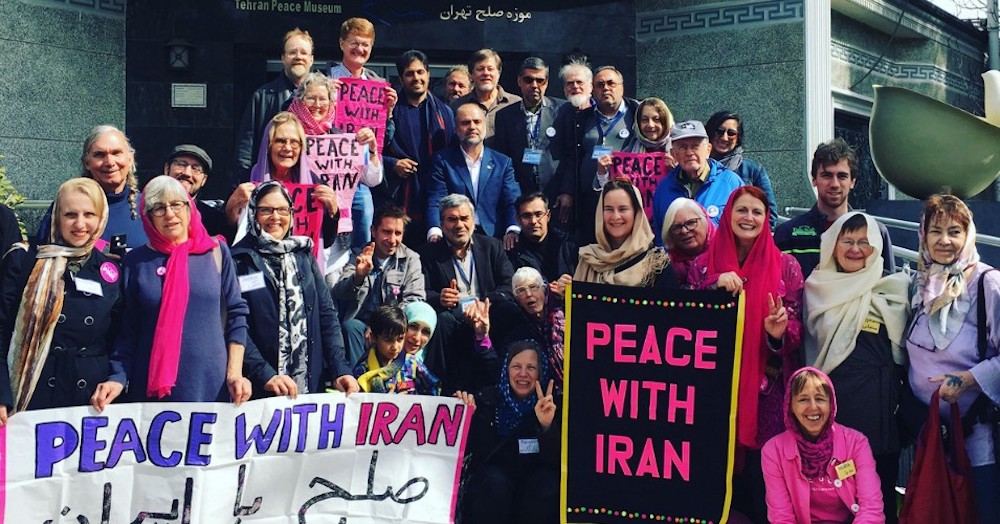 With the author kneeling in the lower right, an international peace delegation outside Iran's Tehran Peace Museum. 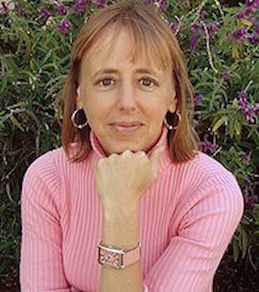 How US Sanctions Are Hurting Iran: A Firsthand Report
Trump's economic strangulation is having devastating people on the Iranian people
By Medea Benjamin

On a recent delegation to Iran, we experienced first-hand the legendary Iranian hospitality. Iranians are particularly thrilled to meet Americans, but as we discovered, our government's policies are hurting the very people who want to be our friends.

As our 28-person delegation traveled through the country wearing messages on our jackets proclaiming "Peace with Iran" in English and Farsi, we were surrounded by people-from schoolchildren to storekeepers-who wanted to practice their English and talk to us. Their eyes lit up when they heard we were from America. We were constantly posing for photos and exchanging Instagram accounts. We were offered endless cups of sweet tea and showered with more gifts than we could fit in our suitcases.

A frequent refrain we heard was, "Americans good, Trump bad." We did meet a few Trump supporters. At one roadside shop outside Tehran, we were shocked to find an entire collection of Donald Trump's books for sale, in Farsi. One book buyer said Trump was good because would help get rid of the awful clerics who were running Iran. Most people, however, whether they liked or hated their own government, complained that US policies were not hurting the government or the wealthy, but the middle class and the poor.

In May 2018, President Trump's unilaterally withdrew from the Iran nuclear agreement, followed by an imposition of draconian sanctions that not only prohibit U.S. companies from doing business in Iran, but threaten all foreign companies and international banks that trade with Iran. The sanctions also severely limit Iran's ability to sell its major source of revenue: oil.

The U.S. sanctions, along with mismanagement and corruption, has decimated the value of the rial and sent the prices of consumer goods soaring. As one of our guides told us, "Our bank savings have been wiped out, rents go up every month, and the price of food increases every single day, while most salaries stay the same." At a roadside stop outside the Tomb of Cyrus the Great, the wife of the tea vendor told us how her family's standard of living has plummeted in the past year. "We used to be able to afford a car, now we can't even afford a refrigerator," she lamented. Visiting a school for poor children in the southern part of Tehran, we learned that the number of street children has increased, particularly in households headed by single women.

Sanctions are suffocating people's life choices. A young woman who had been accepted to college in London with a full scholarship had to decline the offer because her family could no longer even afford her plane ticket. "I had so many hopes and dreams," she said. "Now I have nothing." A young man told us he cancelled his plans to get married because the couple can't afford the wedding costs. He is not alone. "The families of many girls can't afford a decent dowry, which is our custom here," he explained, "while many young men feel their salaries are no longer sufficient to provide for a family."

The US government says medicines are exempt from sanctions but with banks, shipping and insurance companies unwilling to risk doing business with Iran, certain life-saving drugs have become scarce. Our interpreter teared up when an elderly man in the marketplace told us his wife has cancer and he can no longer find the interferon she desperately needs. A man with diabetes said he can't find the medicine to lower his glucose levels and now must undergo painful dialysis treatments to stay alive.

"If Trump thinks he is hurting our government, he is wrong. Rouhani can eat meat every day and so can the clerics," a father of three told me. "I'm lucky if I can give my children a decent meal once a week. It is one thing for governments to have differences, but why impose hardships on innocent people?"

The Trump administration's gamble that tough sanctions will either topple the government or force it to change its regional policies is not working. It certainly seems like the Islamic government, which just celebrated 40 years in power, is not about to fall. Caught between a well-oiled repressive apparatus and fear of a Syria-type upheaval, most people we met preferred reforms within the present system to an abrupt regime change that might plunge the country into chaos-and they certainly did not want a US-military intervention.

Trump's policies, however, are putting the reformers under siege. When our group met with Foreign Minister Javad Zarif on February 25, the day before his short-lived resignation, he made it clear that he was under intense pressure to show positive results from his outreach to the West. Trump's economic strangulation is hurting all those who, like Zarif, staked their reputations on negotiations and it is shoring up hardliners who always insisted that talks with the West were futile. With new parliamentary elections coming up on 2020, these hardliners may well take power. U.S. warhawks like John Bolton, and Trump's Israeli and Saudi allies, could use their return to power as a reason to push for a U.S. military attack on Iran.

Rejoining the Iran nuclear agreement, lifting sanctions, and developing normal trade and diplomatic relations with Iran would empower the reformists and engage Iran in solving the conflicts that continue to plague the region. It would also ease the hardships affecting the extraordinarily gracious people who welcomed us with such open arms.

(c) 2019 Medea Benjamin, co-founder of Global Exchange and CODEPINK: Women for Peace, is the author of the new book, Kingdom of the Unjust: Behind the U.S.-Saudi Connection. Her previous books include: Drone Warfare: Killing by Remote Control; Don't Be Afraid Gringo: A Honduran Woman Speaks from the Heart, and (with Jodie Evans) Stop the Next War Now (Inner Ocean Action Guide). Follow her on Twitter: @medeabenjamin 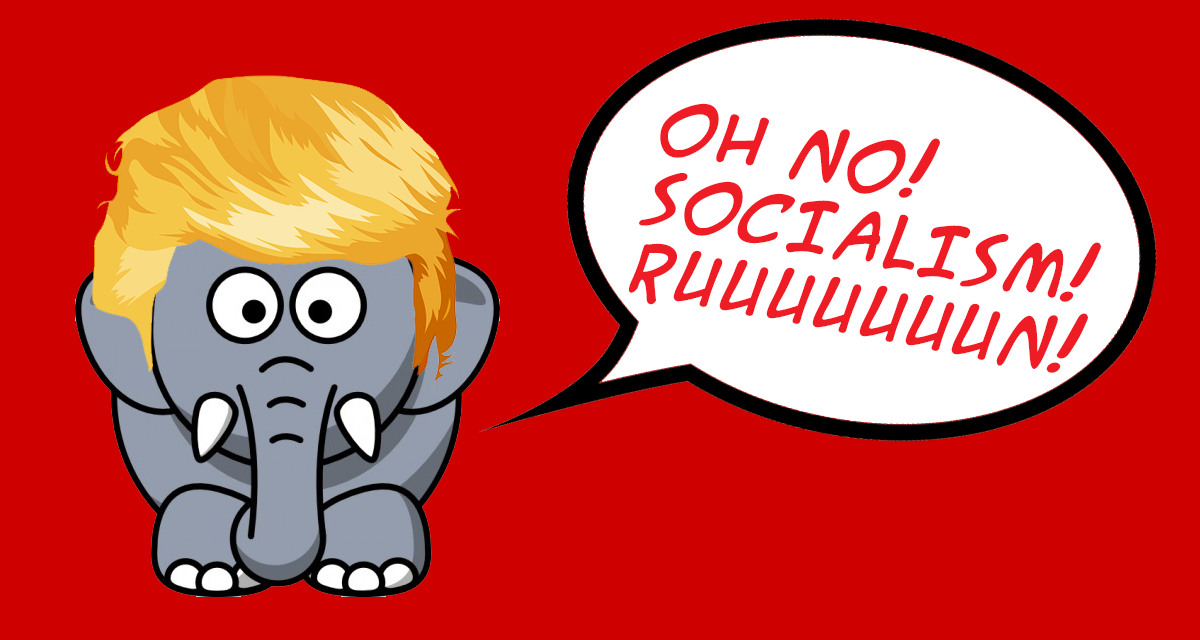 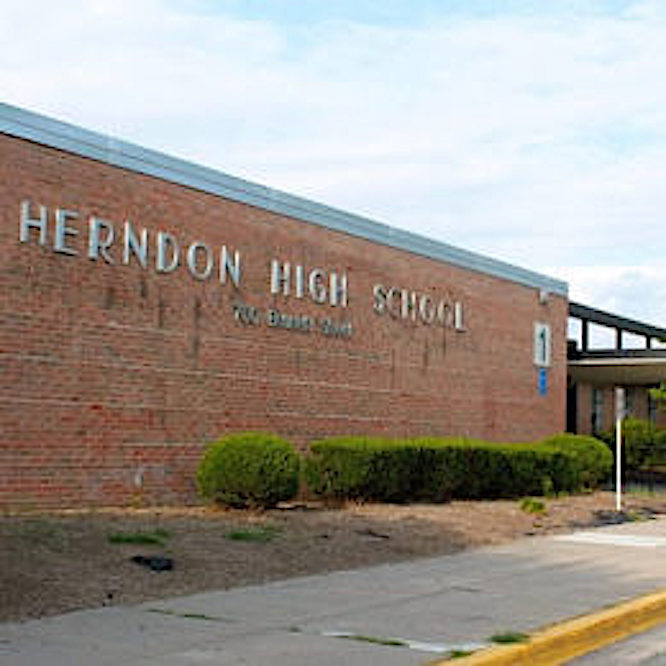 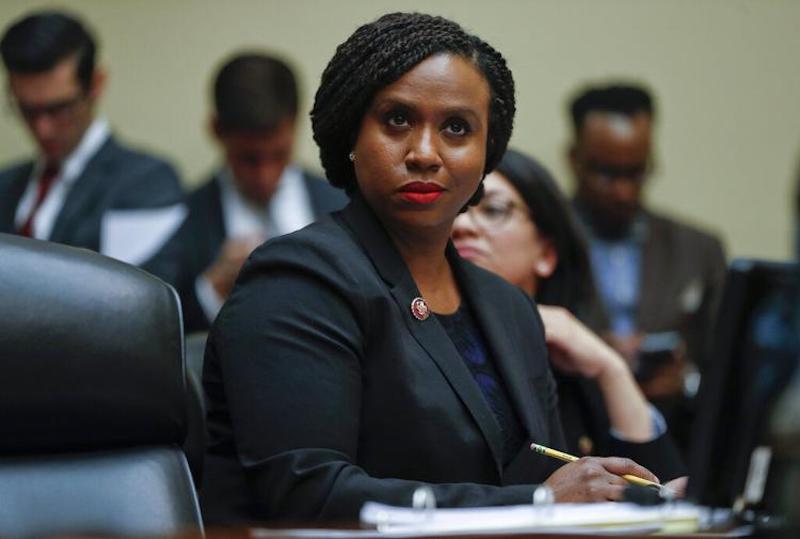 U.S. Rep. Ayanna Pressley, shown here at a recent congressional hearing, proposed last week that the voting age be lowered from 18 to 16 years old.
Although her effort failed, she made a compelling argument that won the support of 126 House members for her proposed amendment to H.R. 1,
the sweeping elections and ethics reform measure that passed the House on Friday. 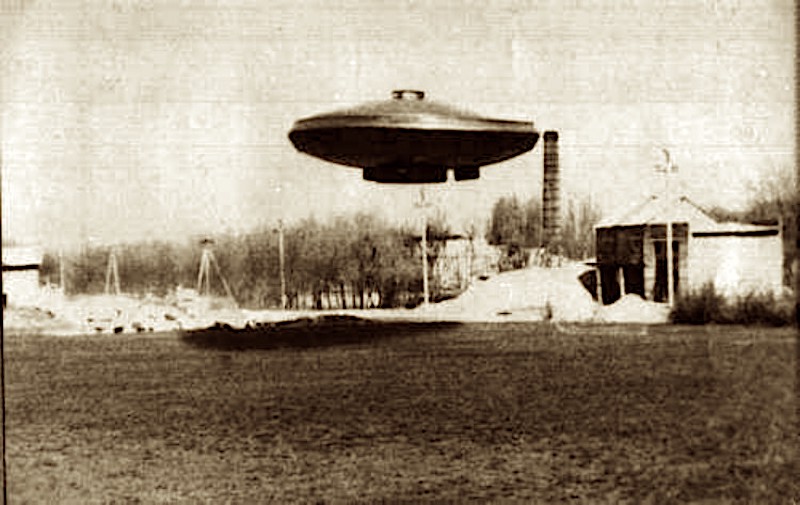 A defaced recruiting flyer for Identity Evropa hangs near Trump Tower on July 6, 2016 in Chicago, Illinois.
The flyer which read "Let's Become Great Again" was part of a 17-city recruitment effort by the white nationalist organization. 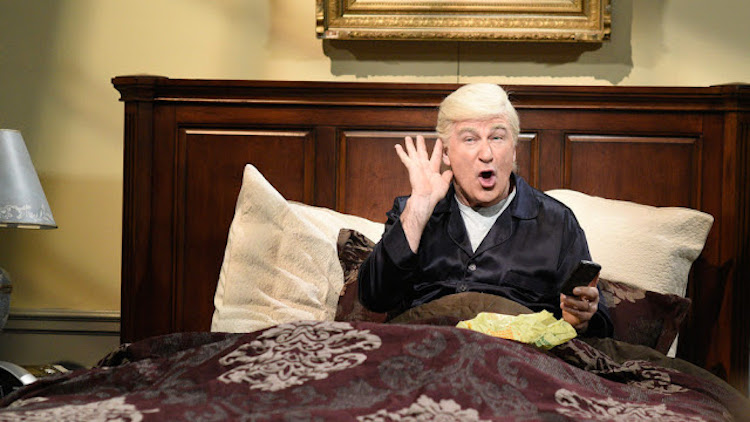 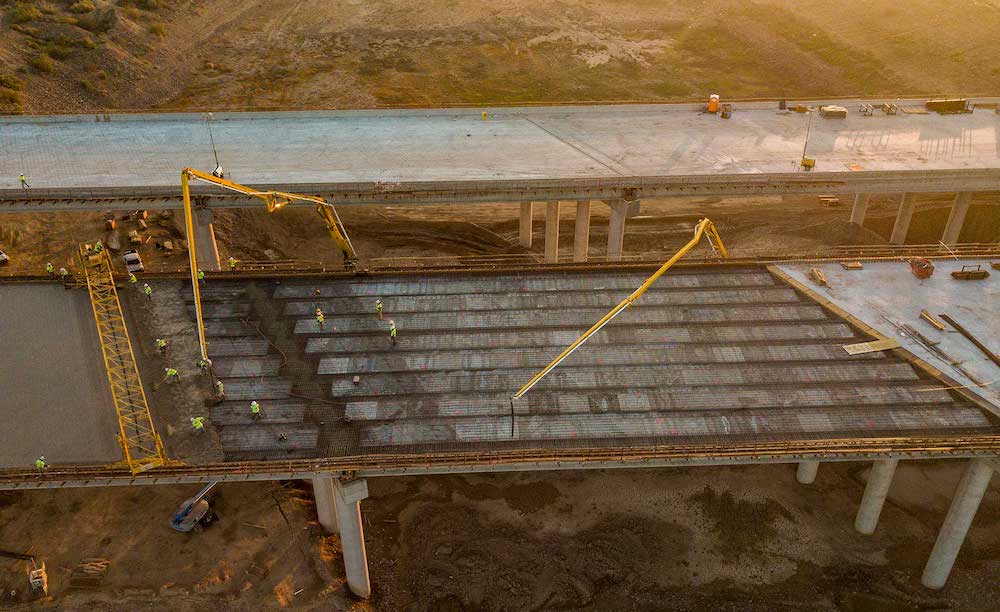 Reducing dependence on private automobiles could help curtail construction of the widespread infrastructure required to support them. 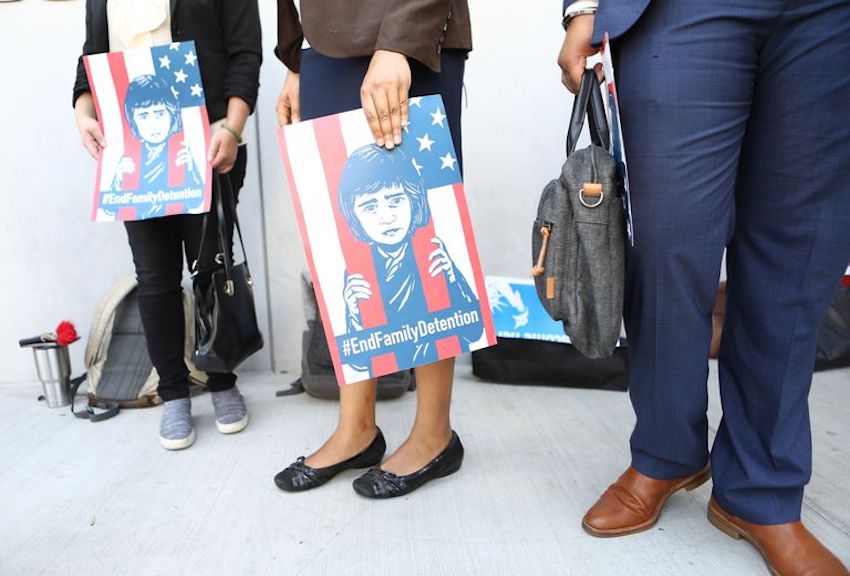 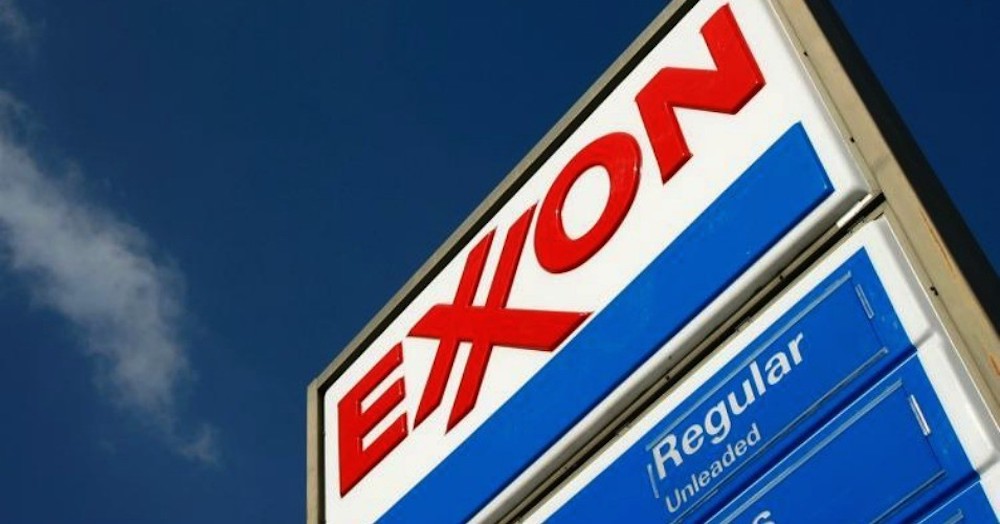 100 corporations (e.g. ExxonMobil, Shell, and state entities) continue to be the source of 71% of total global carbon dioxide emissions. 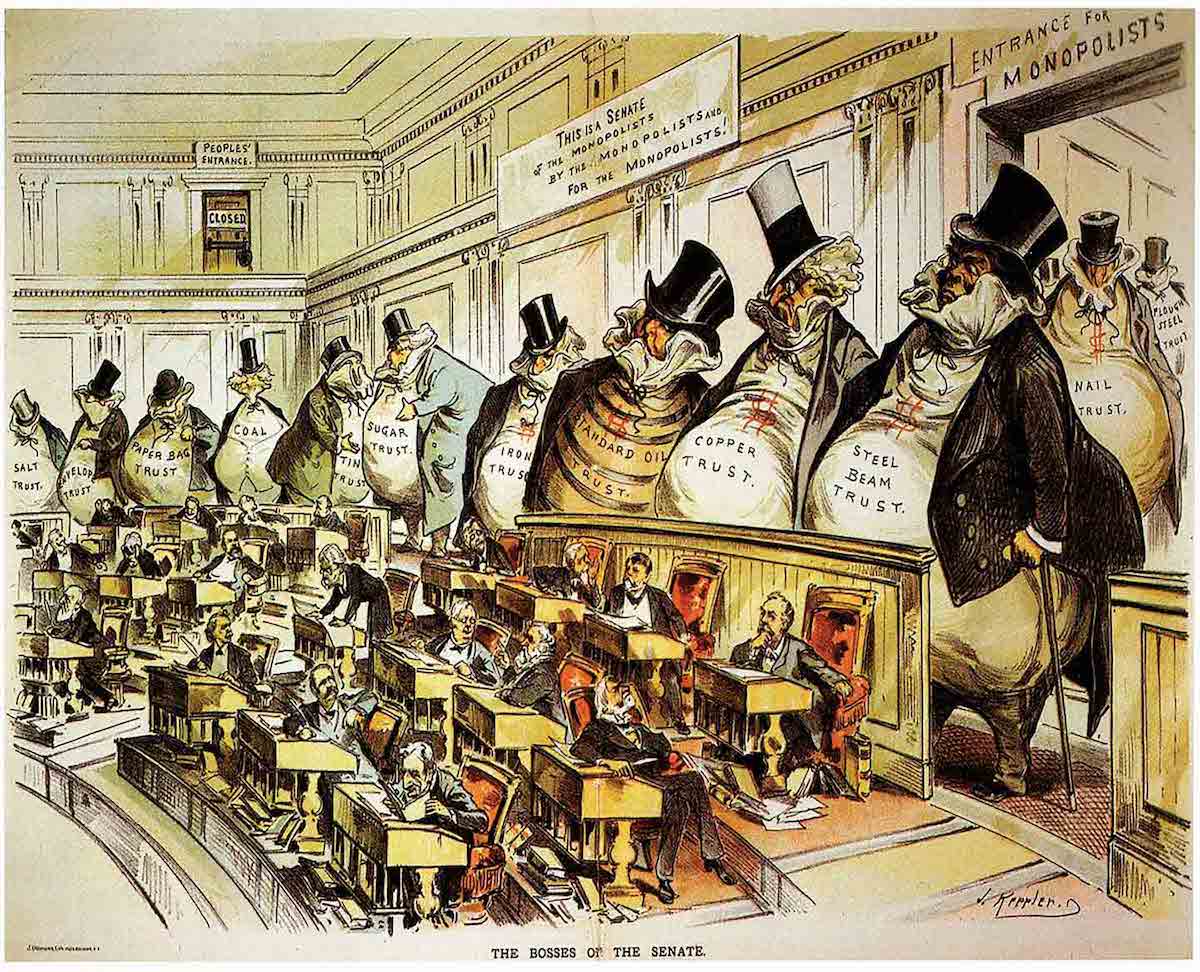 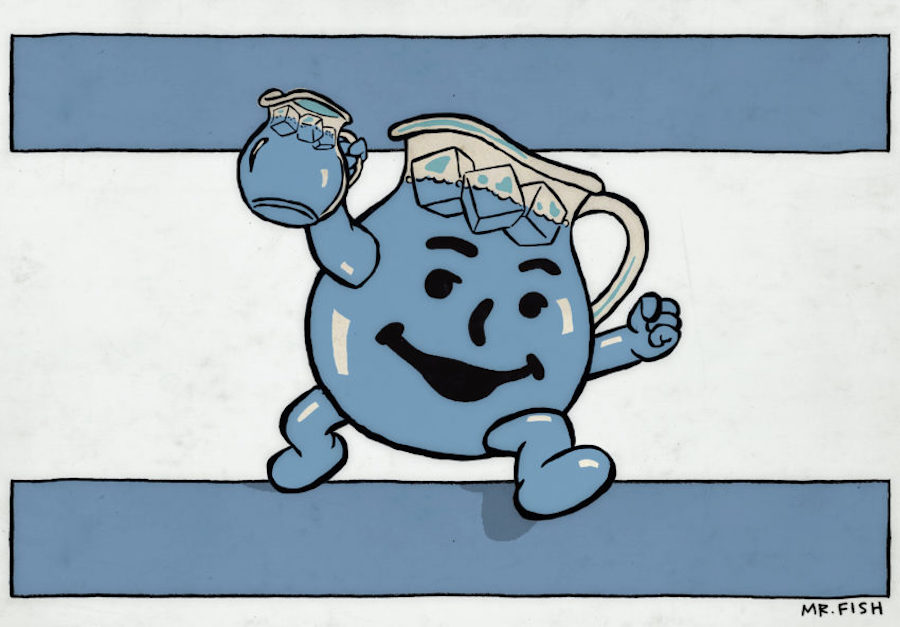 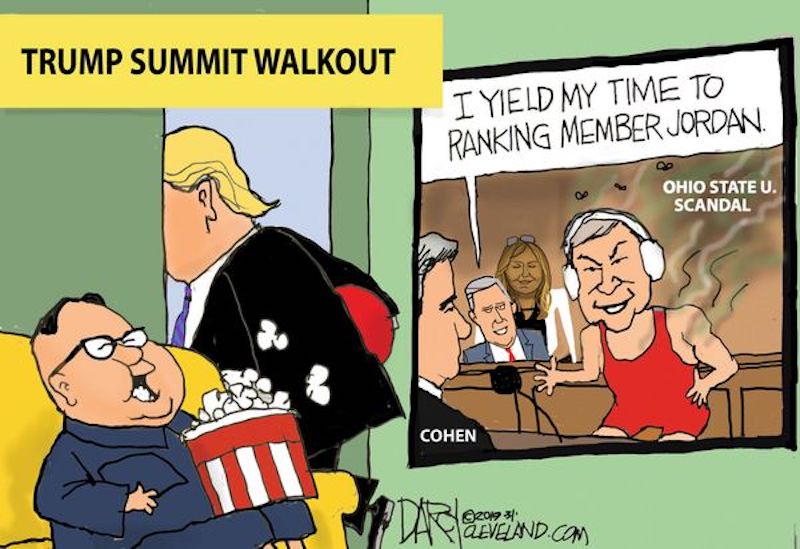 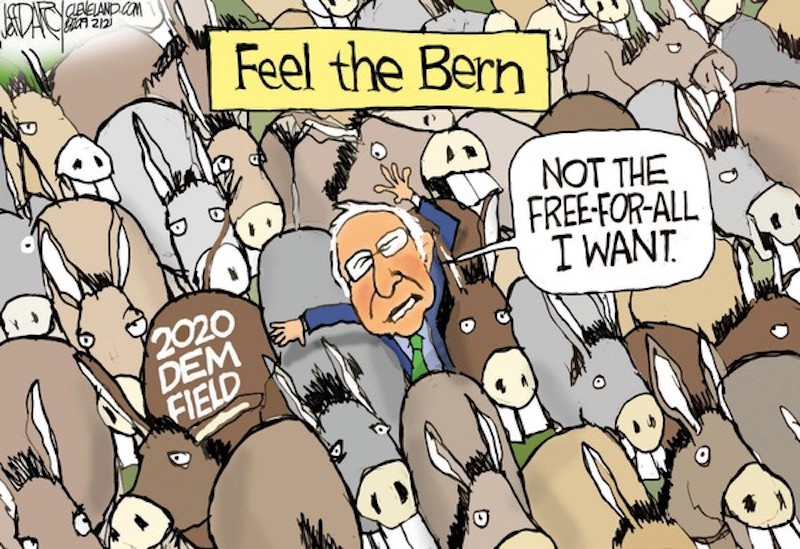 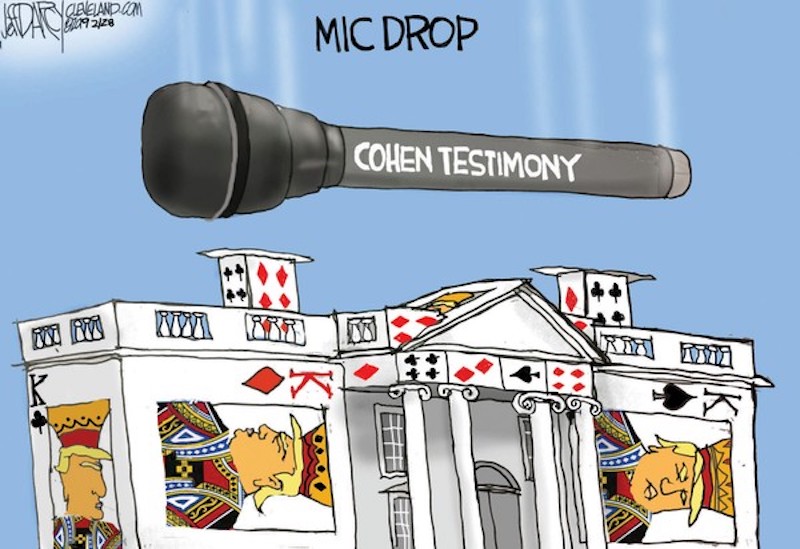 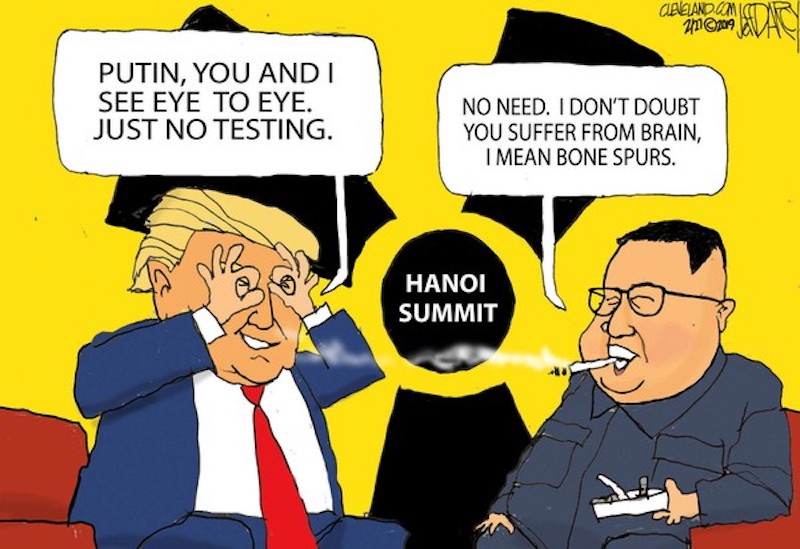 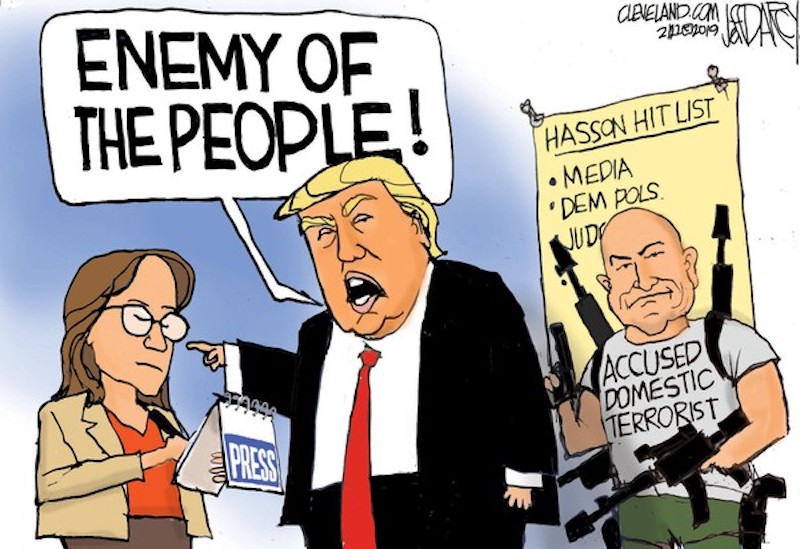 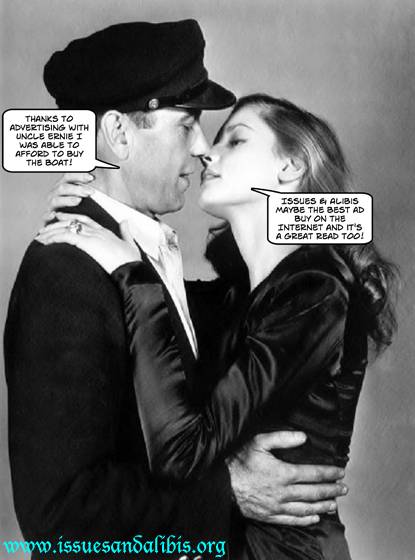