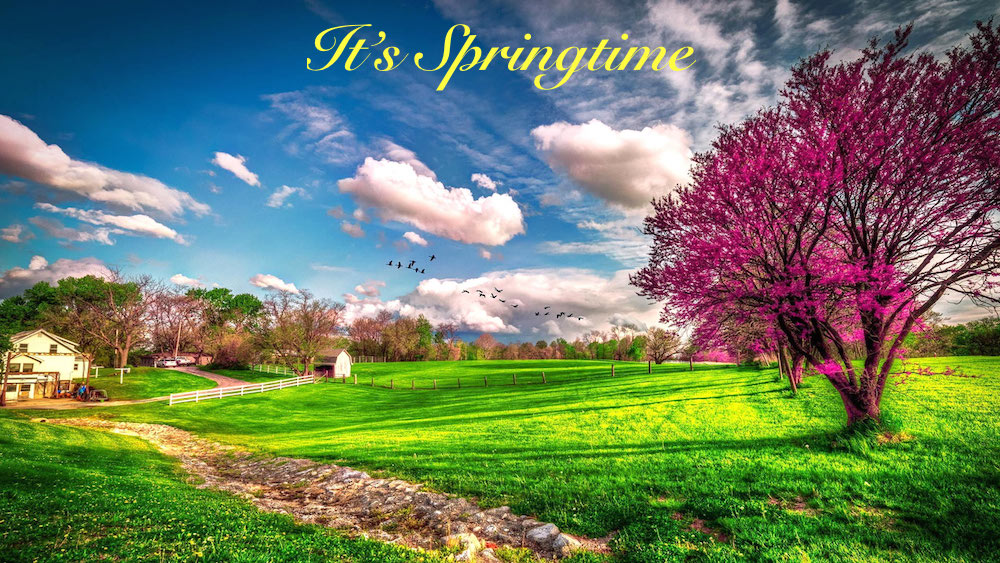 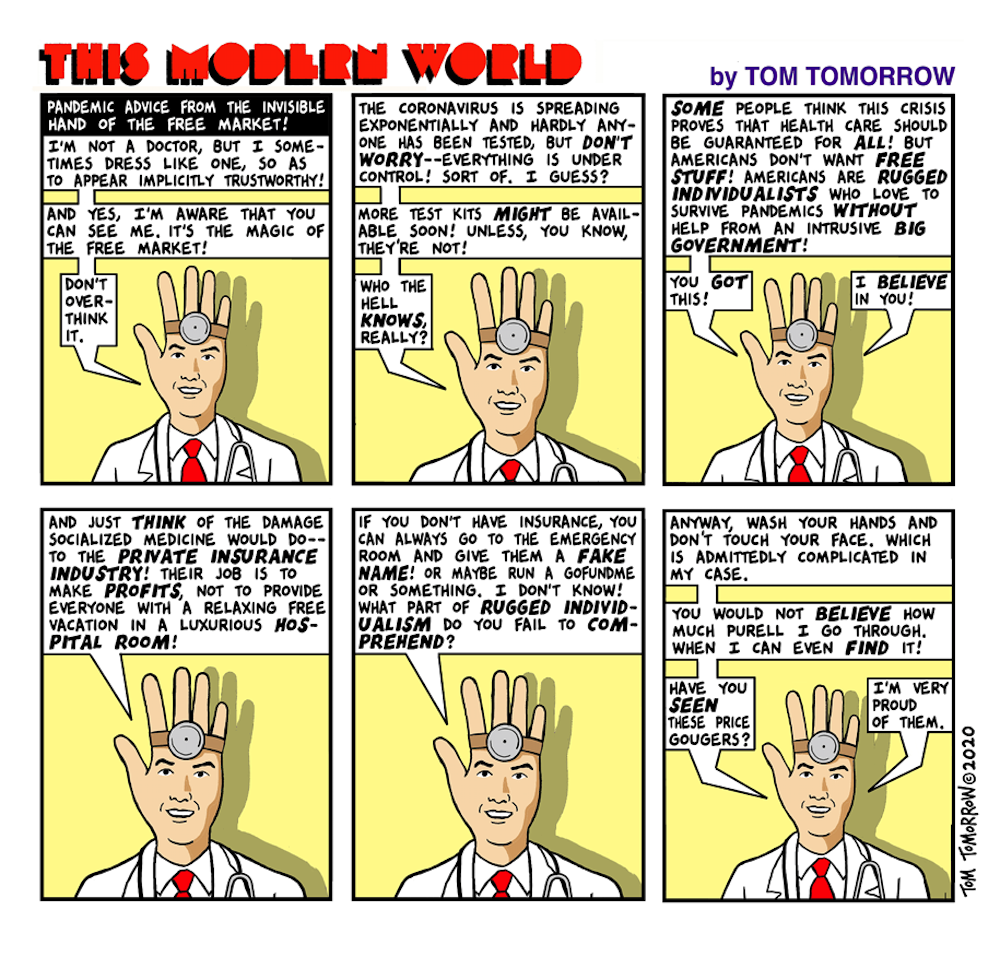 Lying Donald's fumbling of the COVID-19 virus maybe as bad as Woodrow Wilson's bumbling of the 1918-1919 flu. By 1919 the flu had taken 700,000 American lives mostly caused by soldiers coming back during and after World War one and by brilliant ideas of having military parades attended by hundreds of thousands of parade goers, here's an example:

"On the afternoon of Sept. 28, 1918, about 200,000 people crammed onto the sidewalks in Philadelphia to watch a two-mile parade snake through downtown in the midst of World War I. Billed as the city's largest parade ever, it featured military planes and aggressive war-bond salesmen working the crowds, passing on the virus."

Within a week of the parades all 32 of Philadelphias hospitals were jammed to the rafters with influenza victims. Did I mention that the Philadelphia parade was but one of dozens of similar gathering that help to spread the flu. 50 Millions people died fron the flu world wide. That's more than twice the deaths caused by the war itself, around 20 million. Many more than when the "black death" swept Europe in the middle ages.

The plague arrived in Europe in October 1347 and ran until 1352, when 12 ships from the Black Sea docked at the Sicilian port of Messina. It too came from China, and worked it's way westward. Before it was through it had claimed some 20 million victims and killed one third of Europe's population.

While Lying Donald hemed and hawed state governors took the lead and called off parades, concerts and gathering of people. Shut down school systems, closed cafe's, bars, theatres, gyms, and the like. Some estimate that upwards of 2 million people might still die in America because of Lying Donald's stupidity. Remember, at first, according to Lying Donald it was all a Democratic plot, COVID-19 was fake news!

To pay for his tax give-a-way to the ruling class Lying Donald started dismantling government units that were designed to protect against pandemics.

The cuts started in 2018, as the White House focused on eliminating funding to Obama-era disease security programs. In March of that year, Rear Adm. Timothy Ziemer, whose job it was to lead the U.S. response in the event of a pandemic, abruptly left the administration and his global health security team was disbanded.

That same year, the Centers for Disease Control and Prevention (CDC) was forced to slash its efforts to prevent global disease outbreak by 80% as its funding for the program began to run out. Also cut was the Complex Crises Fund, a $30 million emergency response pool that was at the secretary of state's disposal to deploy disease experts and others in the event of a crisis. (The fund was created by former Secretary of State Hillary Clinton.)

Overall in 2018, Trump called for $15 billion in reduced health spending that had previously been approved, as he looked at increasing budget deficits, cutting the global disease-fighting budgets of the CDC, National Security Council (NSC), Department of Homeland Security (DHS), and Health and Human Services (HHS) in the process.

So, if grand-pater and grand-mater suddenly bite the big one, you have Lying Donald to thank for it, babies on up are dying, which includes you too, America!

I see where the coronavirus could complicate the challenges of global warming, which presents serious, if longer-term, threats of its own, at a point when it was crucial to make rapid strides. For example, if capital markets lock up, it's going to become incredibly difficult for companies to secure the financing necessary to move ahead with any pending solar, wind, and battery projects, much less propose new ones. The only thing that is keeping the stock market from going into a death spiral is corporate greed which Lying Donald is feeding with more socialism for his masters.

Then global oil prices took a historic plunge on Monday, driven by a price war between Russia and Saudi Arabia as well as coronavirus concerns. Cheap gas could make electric vehicles, already more expensive, a harder sell for consumers. It's why Tesla's stock crashed on Monday.

China produces a huge share of the world's solar panels, wind turbines, and lithium-ion batteries that power electric vehicles and grid storage projects. Companies there have already said they're grappling with supply issues as well as declines in production and shipments, which have in turn slowed some renewables projects overseas. Any resulting clampdown on trade with the nation where the outbreak originated, which some members of the Lying Donald's administration are pushing for, will only further disrupt these clean-energy supply chain and distribution networks.

Rising health and financial fears could also divert public attention from the problem. Global warming has become an increasingly high priority for average voters in recent years, and the motivating force behind a rising youth activist movement around the world, building pressure on politicians to take serious action. But in the midst of an economic downturn and public health crisis, people would understandably become more focused on immediate health concerns and pocketbook issues-i.e. their jobs, retirement savings, and homes. The longer-term dangers of climate change would take a back seat.

As I've said on many occasions as the ice thaws world wide a whole new group of never before known viruses emerge to play havoc with mankind as well. Like the arctic which is caught in a loop that makes the area keep getting warmer and warmer we humans may get caught up in a similar virus loop!

U.S. Con-gressman Rep. Matt Gaetz Rethuglican/Florida is off on a paid sick leave for thinking he might have contacted the Covid-19 virus and has self-quarantine himself at home and is still at it even though his tests came back negative. He can just lay around in his underwear and collect $3480.00 from you every week! Of course, that's just a drop in the bucket compared to what he makes in bribes from the corpo-rats!

You may recall that back in 2013 when Gaetz was a Florida Con-gressman he voted against giving Florida workers paid sick leave as back then he was a paid goon for Disney World which is the largest employer in the state (70,000) which was against giving their employees a paid sick leave. Imagine that. Matt is what Tweety Bird called a hypotwit!

Matt is what I call this week's Vidkun Quisling Award winner! 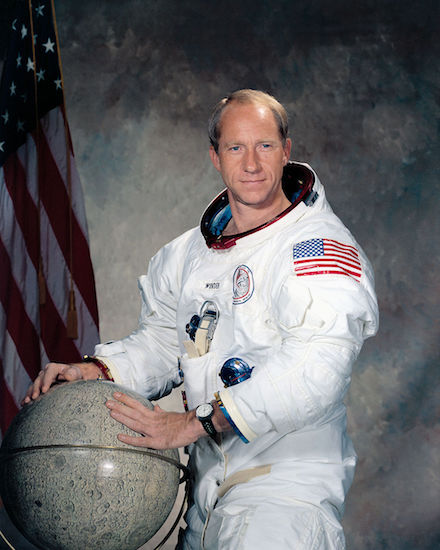 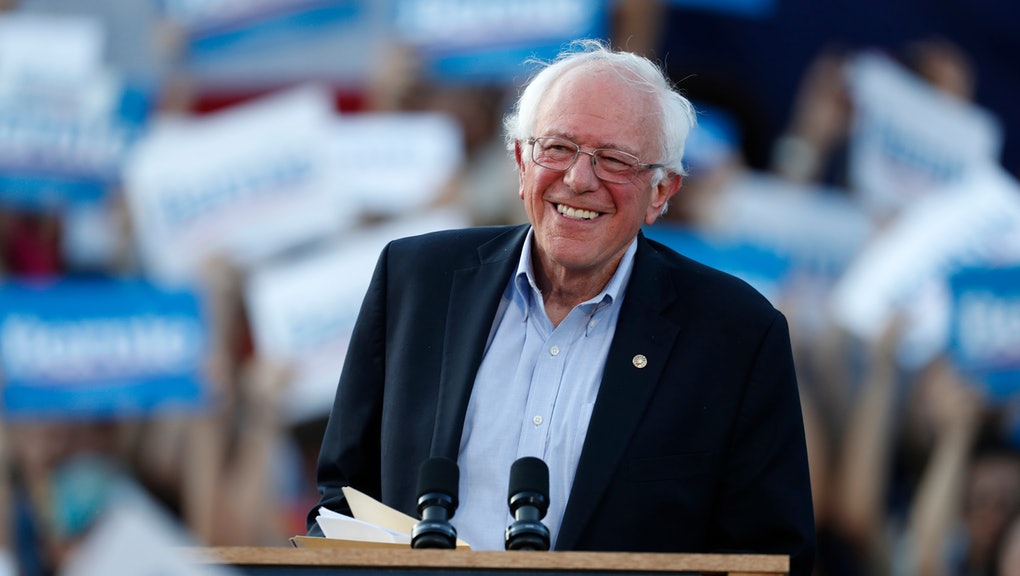 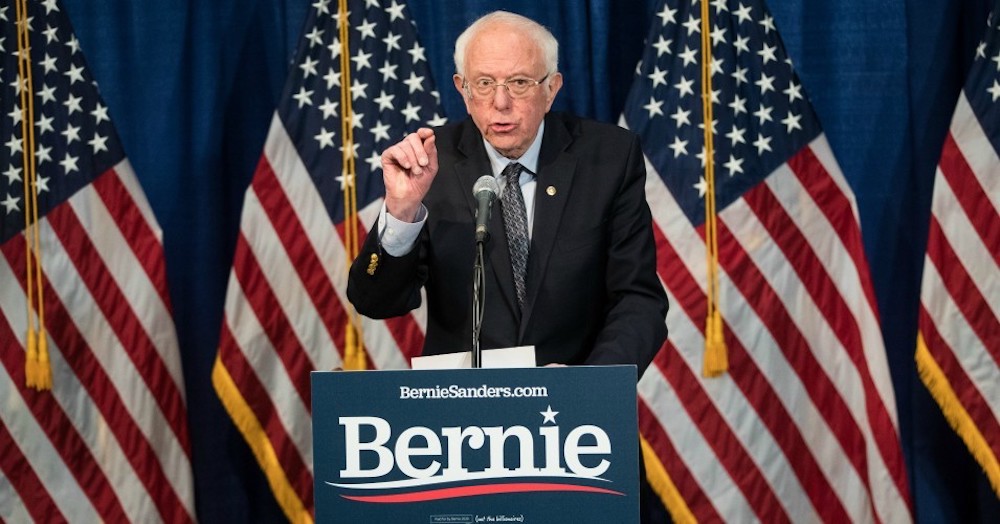 Sanders Says Coronavirus A Red Flag for Current Dysfunctional and Wasteful Healthcare System:
'We are only as safe as the least insured person in America.' The Hotel Vermont, March 11, 2020 in Burlington, Vermont. 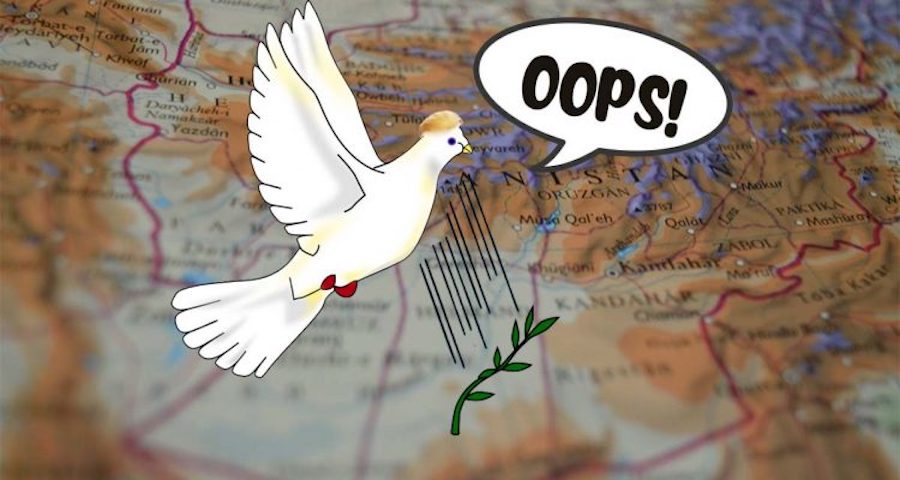 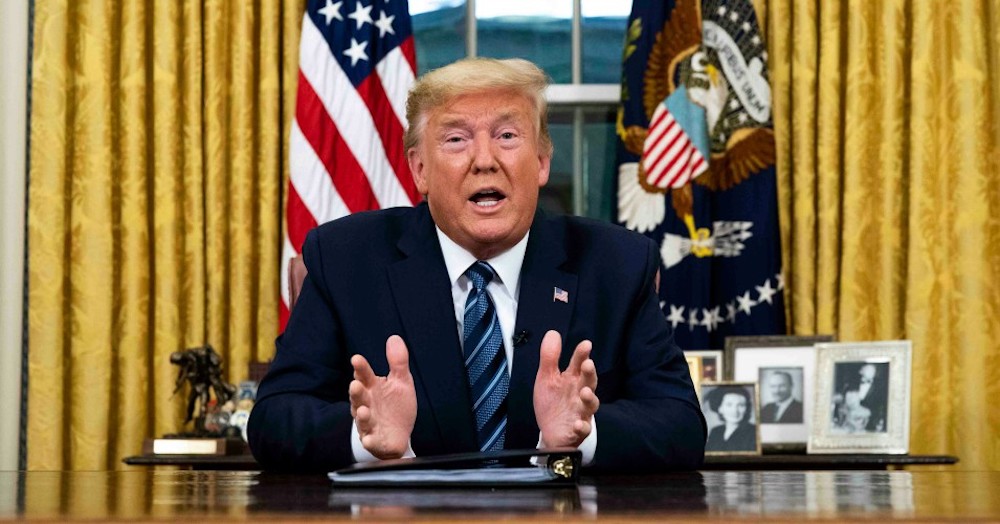 President Trump addresses the nation from the Oval Office about the widening coronavirus crisis on March 11, 2020, in Washington, D.C. 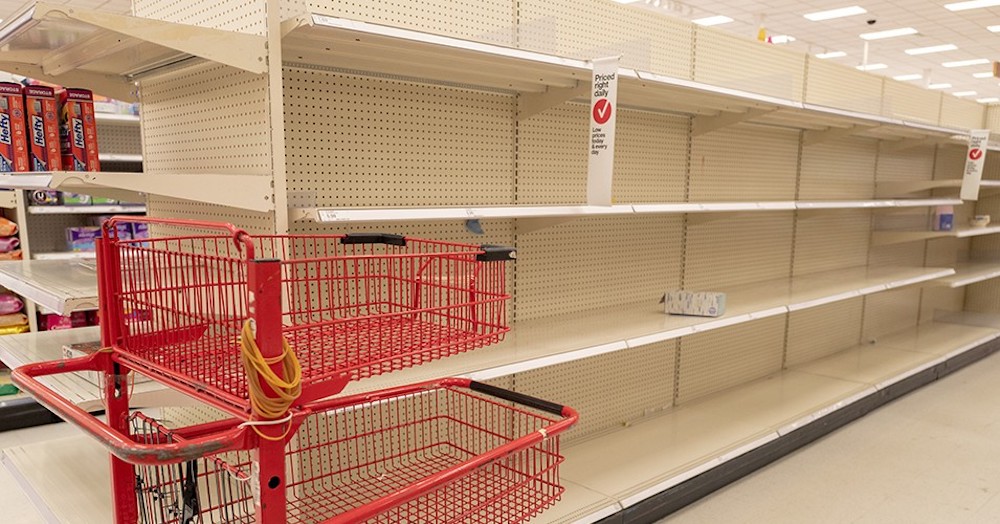 Empty shelves are visible at a Target retail store in Contra Costa County, San Ramon, California,
as residents purchase all available stock of toilet paper, paper towels, canned goods, hand sanitizer
and other essential items during an outbreak of the COVID-19 coronavirus, March 12, 2020. 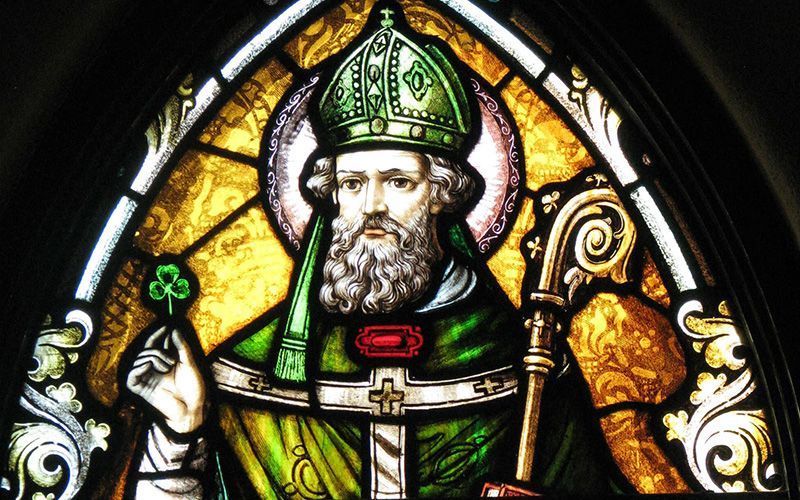 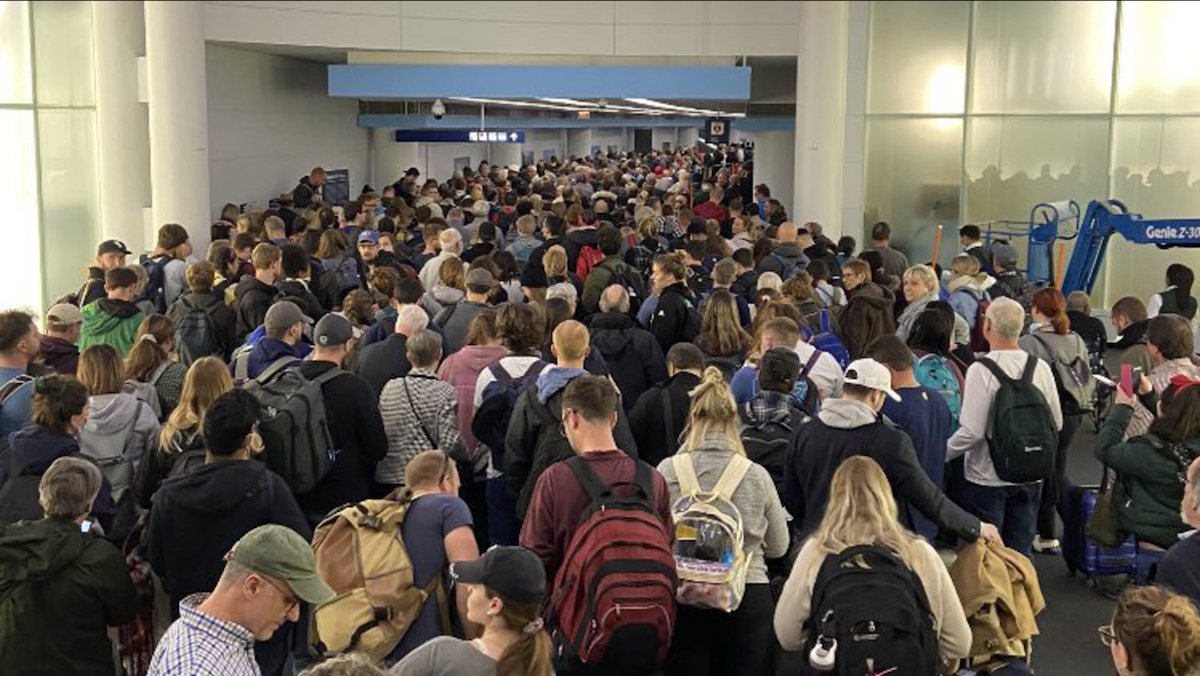 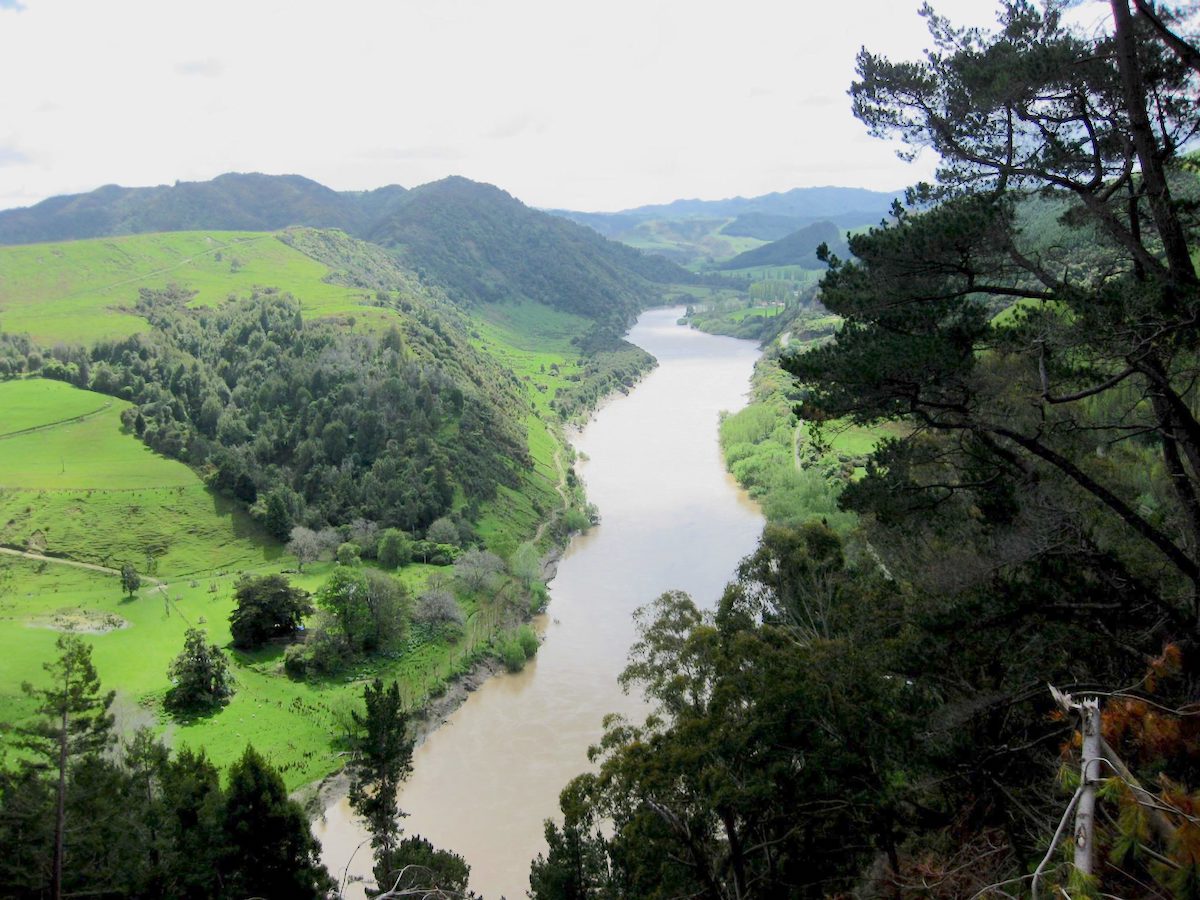 The Maori negotiated a treaty settlement with the government recognizing that the
Whanganui River, or Te Awa Tupua (which refers to the entire river system "and
all its physical and metaphysical elements"), has the rights of a legal person. 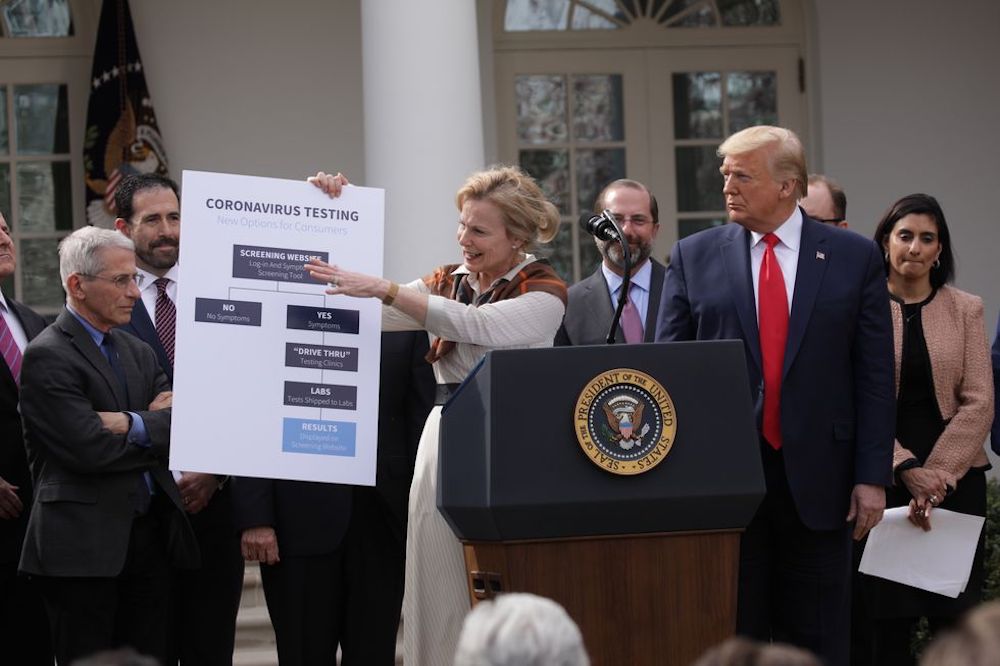 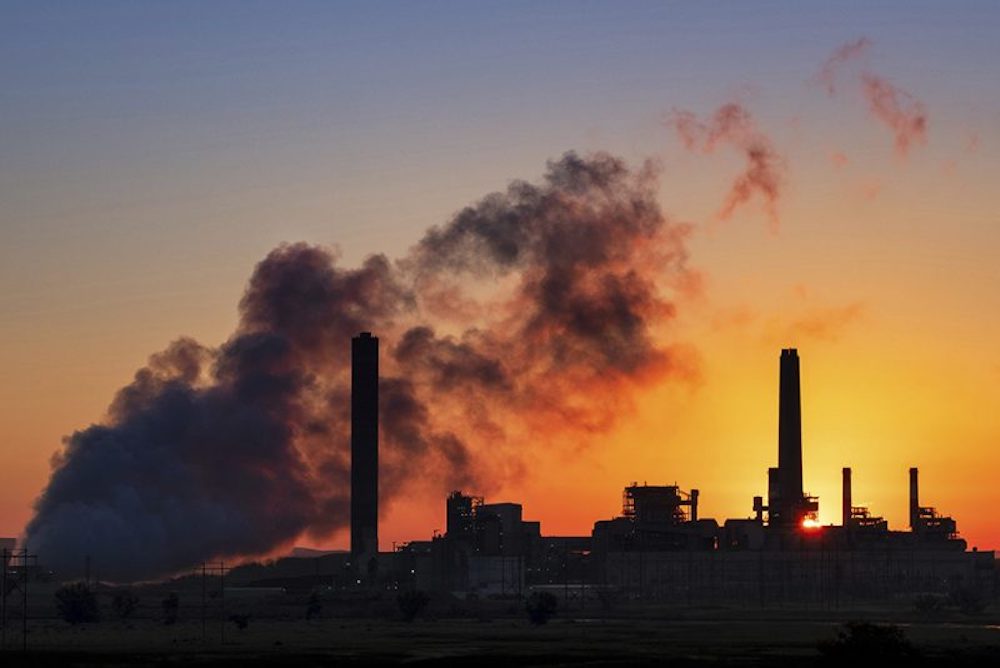 A heated-up earth is one where pandemic diseases will thrive. 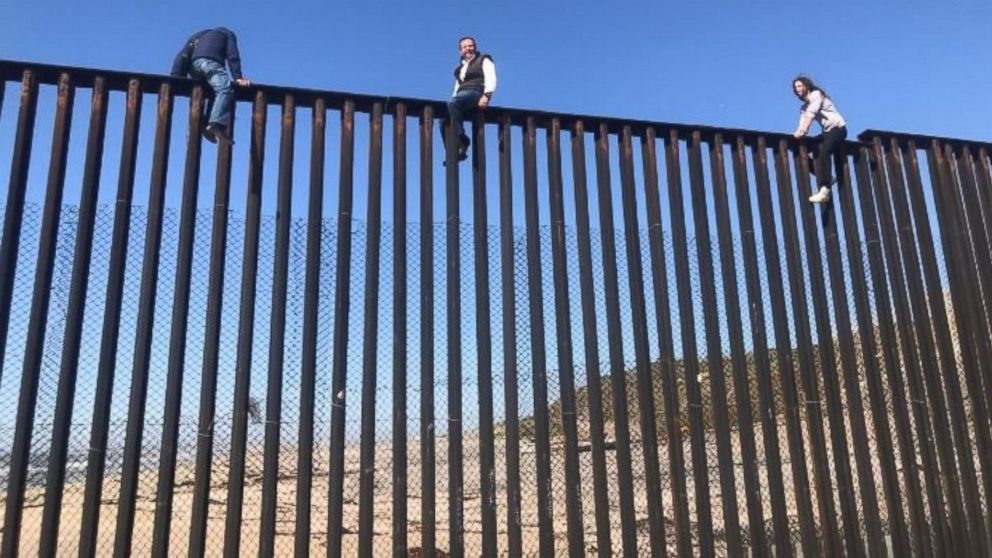 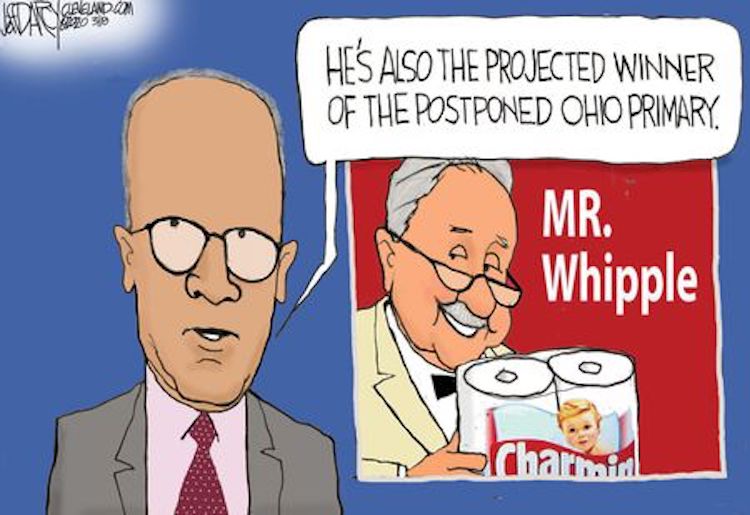 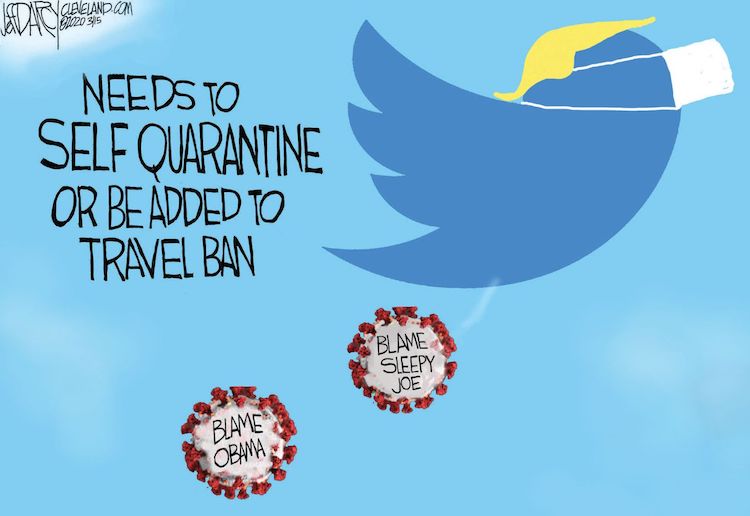 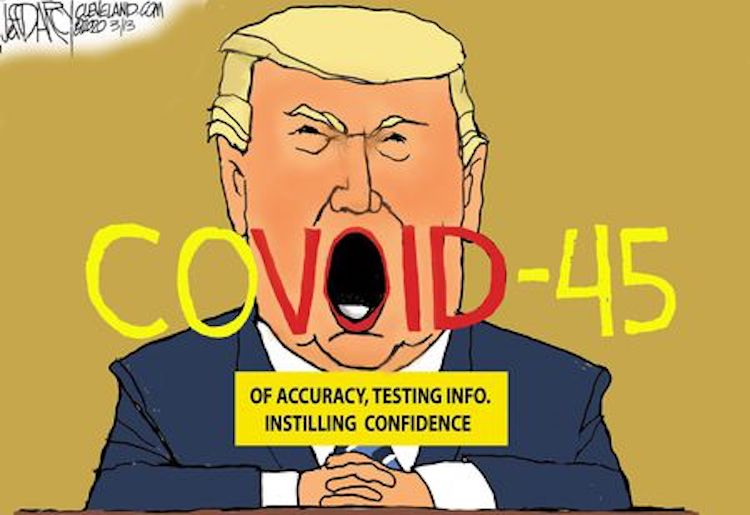 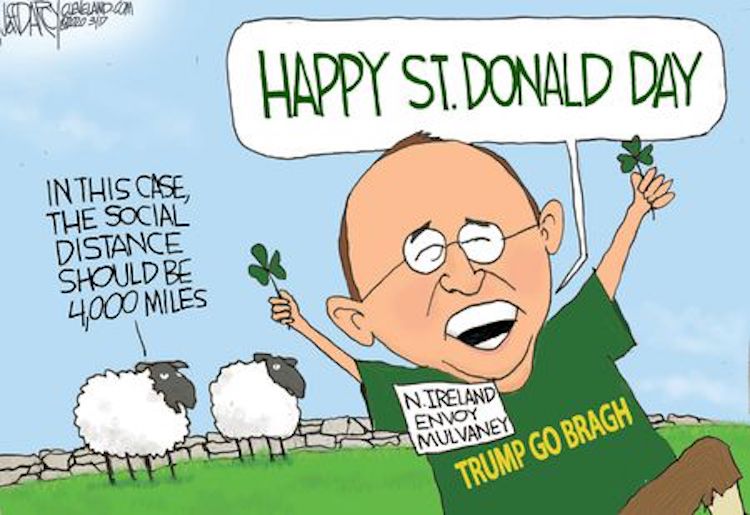 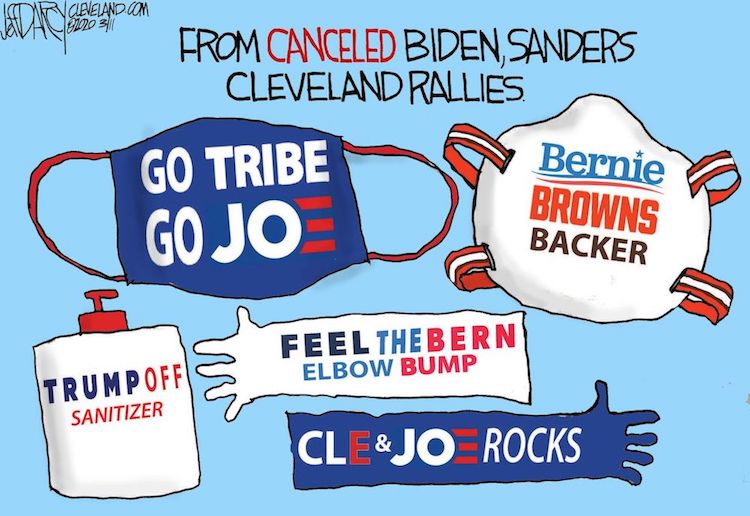 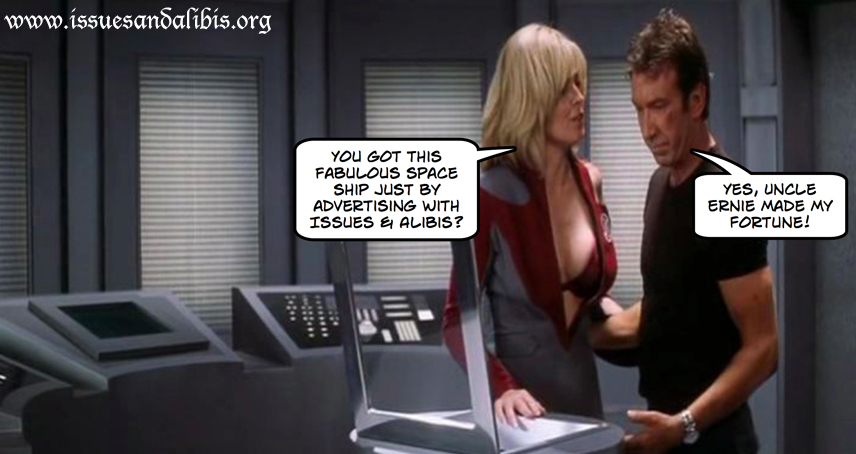