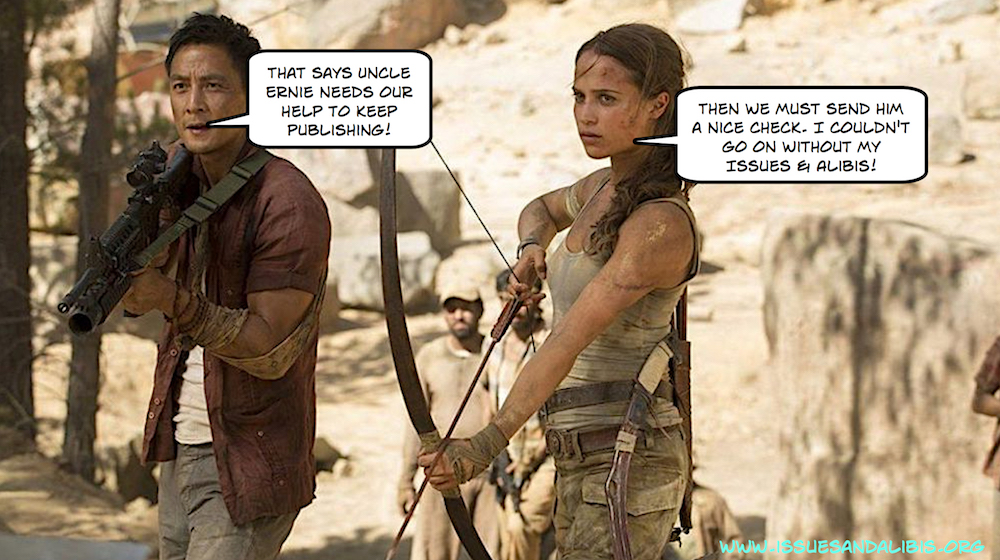 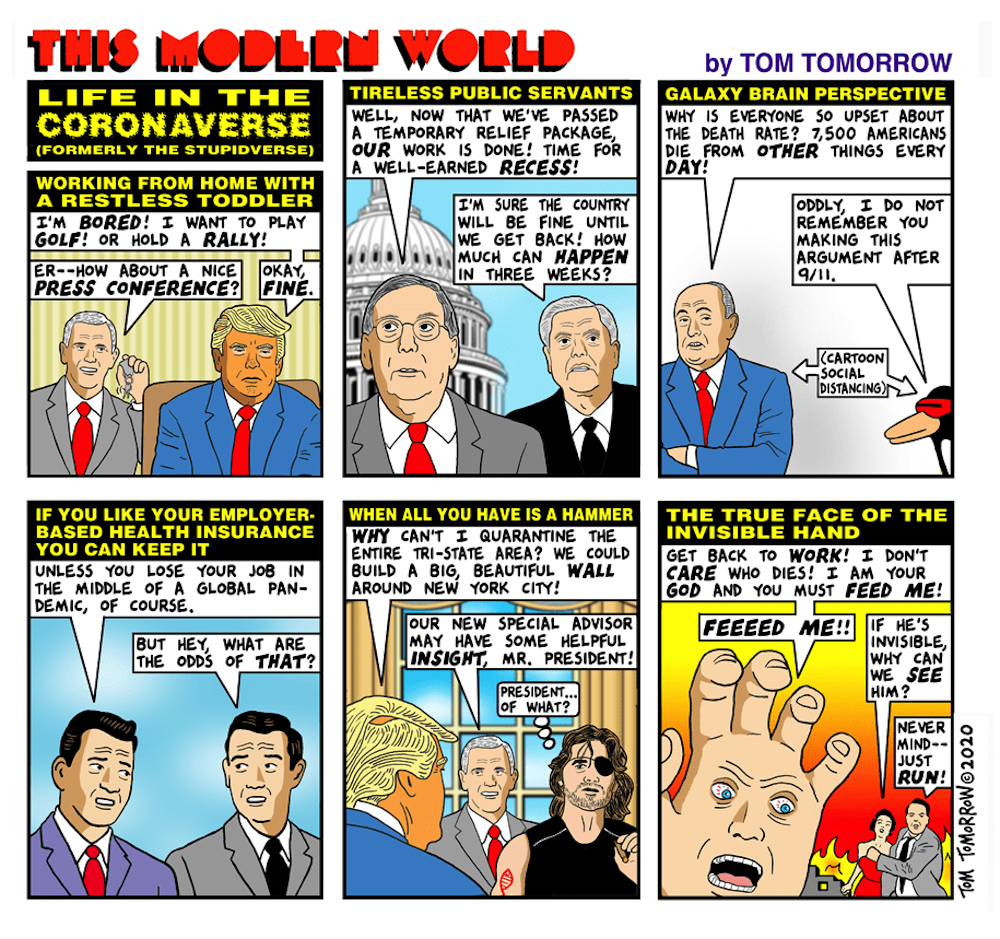 If you're a governor who likes to kiss Lying Donald's ass then you'll get all the coronavirus supplies you need and then some. Florida got everything they asked for and much, much, more! However, if you live in a blue state you'll receive as California did, broken equipment, if anything at all. That's bad enough, but it gets even worse!

You may recall that we shipped China 17.8 tons of medical supplies-including masks, gowns, gauze, and respirators-that we desperately need here. As bad as that is, it gets even worse.

We sent similar amounts of supplies to Myanmar, Tajikistan, Uzbekistan, Kyrgyzstan and Laos, as well as in Kazakhstan, South Africa, Zimbabwe, Mongolia, Nepal and Pakistan.

Sen. Tim Kaine (D-Va.) said of this, "Our domestic response needs to be the priority." You would think? Before we save the world we should save ourselves! Lying Donald is trying to get reelected and hasn't the time to spend on helping anyone. Sure, in his daily tv rally speeches he pretends to care and think it's real but for one who for months ignored the truth and blamed it on the Democrat hoaxers who were just trying to ruin his economy so he wouldn't get reelected by using "deep state" tactics.

Meanwhile, when someone pointed out to Pence that we were hip to this betrayal he temporarily stopped the delivery of already-approved coronavirus-related PPE aid to at least 13 countries, including Vietnam, Bangladesh, Honduras and the Philippines. Have no fear, that as soon as no one is watching, those shipments will continue!

Had Lying Donald been on the ball we could have flattened the cure to about 25,000 deaths, (similar to the numbers of death in a mild flu season) instead of the 2 1/2 million that could be the final tally for this go around, oh yes, there is more to come! I used to rate Lying Donald as the third worst president behind Jackson #2 and Washington #1 who were both, slave owning, genocidal maniacs, but with our rising death toll it looks like Lying Donald will soon become, Numero Uno! We are soooooo screwed, America!

I see where the Atlantic Ocean's "Gulf Stream," a powerful current that drags warm water north before submerging it in the North Atlantic, has been humankind's constant companion. For 8000 years, it has held steady, nourishing Western Europe with tropical warmth. But a new study of the current's strength over the past half-million years suggests global warming may not shut down the current any time soon, as some scientists fear. Instead, it could trigger a replay of ancient events, when multiple bouts of warming caused rapid, centurylong swings in the current's strength, sowing climate chaos that may have alternately chilled and warmed Europe. You may recall Europes mini-ice age that ran from the 1300's till the mid 1800's?

"A strong circulation can also be a highly variable one. [That] might be the most important lesson," says Ulysses Ninnemann, a paleoclimate scientist at the University of Bergen and a co-author on the new paper.

The Gulf Stream runs on salt. First, the Gulf Stream and similar currents bring salty, warm water thousands of miles north to the seas around Greenland and Iceland, where it cools and sinks to the sea floor. There, it slowly migrates south through the abyssal depths. The currents not only play a huge role in Europe's climate, but they also help the oceans sequester much of the heat that humans have trapped in the atmosphere by dumping greenhouse gases into it.

However, buoyant freshwater can stall this engine by diluting the heavy saltwater, limiting how much dives down in the North Atlantic. That's almost certainly what happened toward the end of previous ice ages, when the miles-thick ice sheets covering North America melted into the North Atlantic. But in the warm periods between ice ages, known as interglacials, scientists assume the Atlantic circulation is stable. The key word there is assume!

How resilient is the Atlantic current today? Modern-day studies are limited in what they can say. Two decades of monitoring, for example, have revealed short-term swings in strength, but it is difficult to tease out a long-term pattern-or to know whether human warming is affecting the current. The new study could make such work even more difficult, complicating forecasts of how the circulation might change in the future, Ninnemann says. He adds that models should incorporate the possibility that global warming could cause the strength of the circulation to fall and quickly rebound.

What's needed now, Ninnemann says, is continued observation of today's current, along with a close study of what the ancient world looked like when it grew erratic. But such efforts have run up against funding and logistical difficulties, especially now with the coronavirus pandemic. Just this month, for example, the United Kingdom cut short a cruise that would have recovered moorings from an array observing the current. And although the program had funding to put out new arrays, it does not currently have money to recover them. "We're running as close to the wire as we ever have," Eleanor Frajka-Williams, the array's chief scientist at the United Kingdom's National Oceanography Centre, said in an interview prior to the cruise's departure.

In some ways, it might seem like good news that the circulation can decline and rebound, rather than simply declining, or worse, shutting down completely. But Ninnemann notes that human systems of agriculture, trade, and settlement were not designed to cope with such fluctuations. "We have built everything we have in this relatively stable climate period [of the past 10,000 years. But the geologic record shows us this may be an exception, rather than the rule."

As you know the Environmental Protection Agency, is headed by former coal lobbyist Andrew Wheeler, so I'm guessing you were not surprised when Wheeler announced on Thursday a indefinite suspension of environmental rules, because of the COVID-19 virus. This being used as a poor excuse during the worsening pandemic. This gives the fossil fuel industry the right to pollute with impunity.

While Wheeler insisted this is just a temporary measure but provided no timeframe for its end. Wheeler is trusting big polluters to regulate themselves and will not be punished for failing to comply with reporting rules and other requirements. The order-applied retroactively beginning March 13, 2020-requests that companies "act responsibly" to avoid violations.

US Congressmen Mark Pocan said, "This is outrageous. Suspending all environmental regulations indefinitely? This has nothing to do with coronavirus. This has everything to do with protecting Big Business."

Yo which Wheeler lied saying, "EPA is committed to protecting human health and the environment, but recognizes challenges resulting from efforts to protect workers and the public from COVID-19 may directly impact the ability of regulated facilities to meet all federal regulatory requirements, This temporary policy is designed to provide enforcement discretion under the current, extraordinary conditions, while ensuring facility operations continue to protect human health and the environment." And folks if you buy that I have this bridge I own in Brooklyn, New York that you might be interested in buying. It's a sure money maker!

Cynthia Giles, a former head of the EPA's Office of Enforcement said, "This new policy is essentially a nationwide waiver of environmental rules for the indefinite future. It tells companies across the country that they will not face enforcement even if they emit unlawful air and water pollution in violation of environmental laws, so long as they claim that those failures are in some way 'caused' by the virus pandemic, And it allows them an out on monitoring too, so we may never know how bad the violating pollution was."

I bet you can guess what I did, can't you? That's right, I gave Andrew Wheeler, this week's Vidkun Quisling Award! 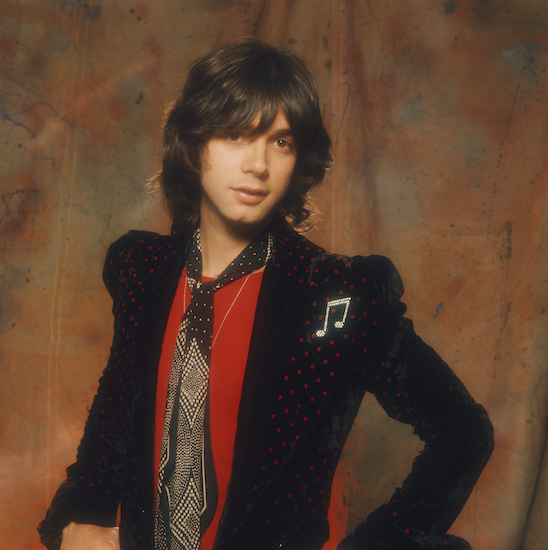 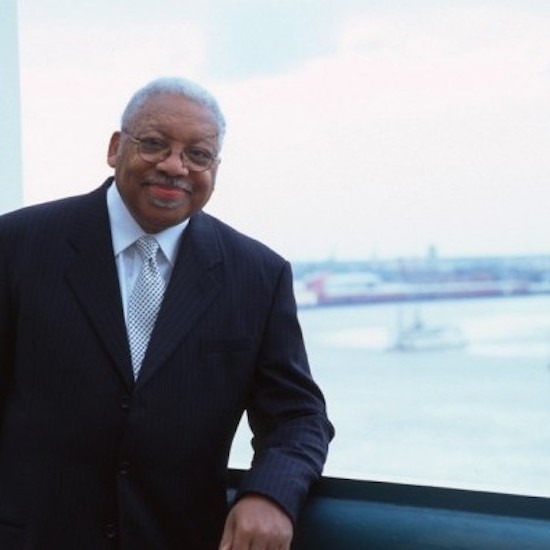 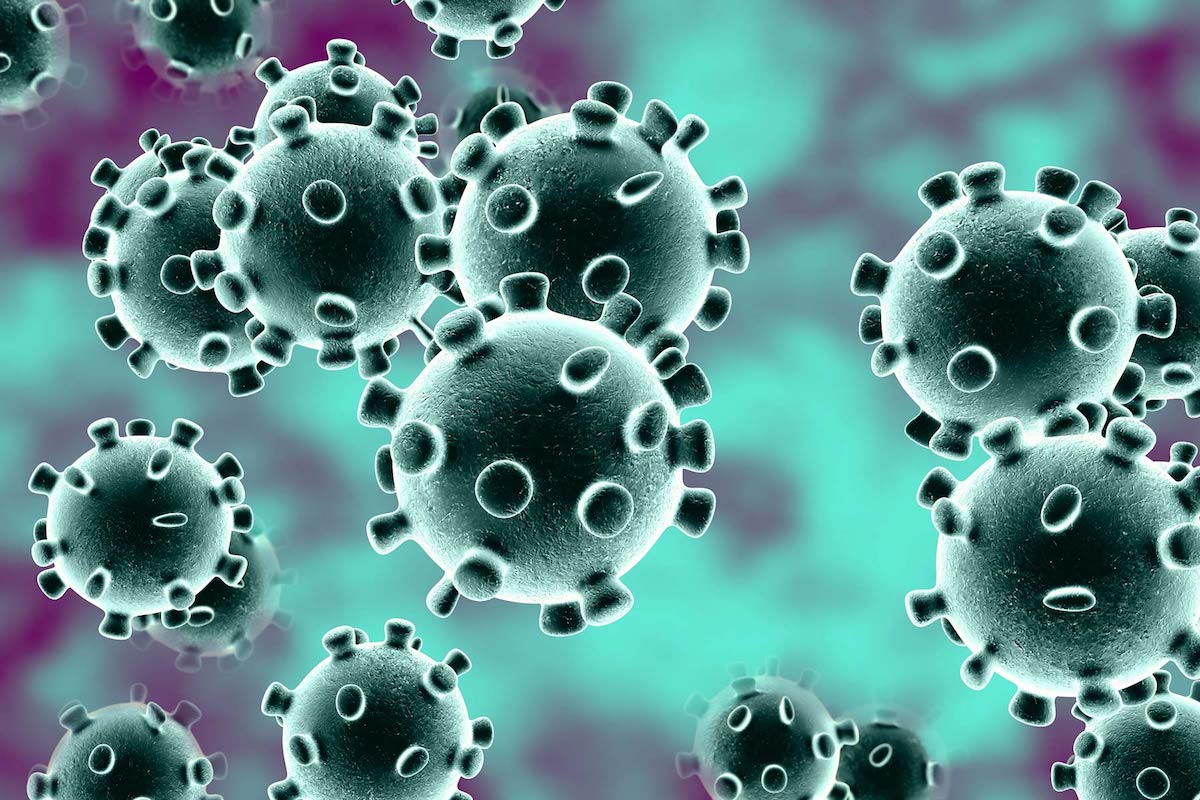 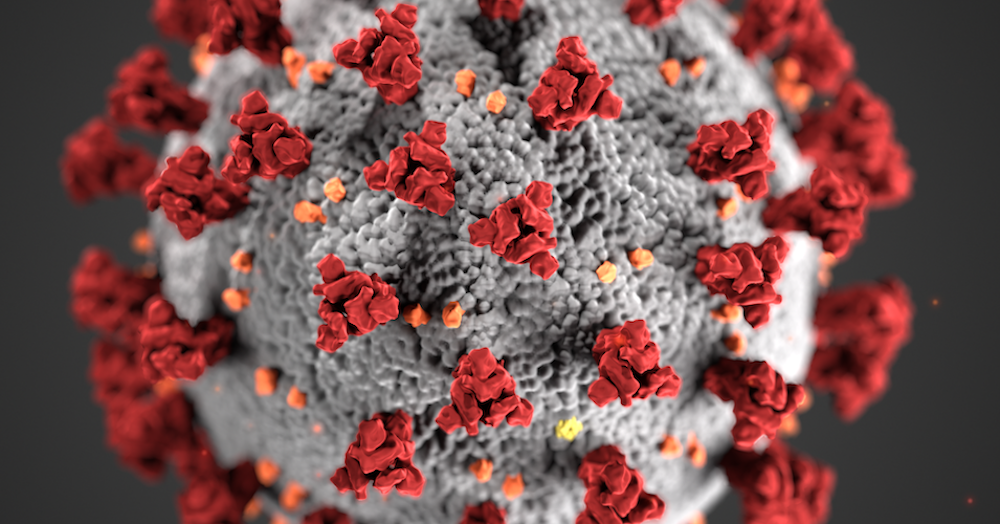 The coronavirus outbreak must be defeated in a way that moves us forward. 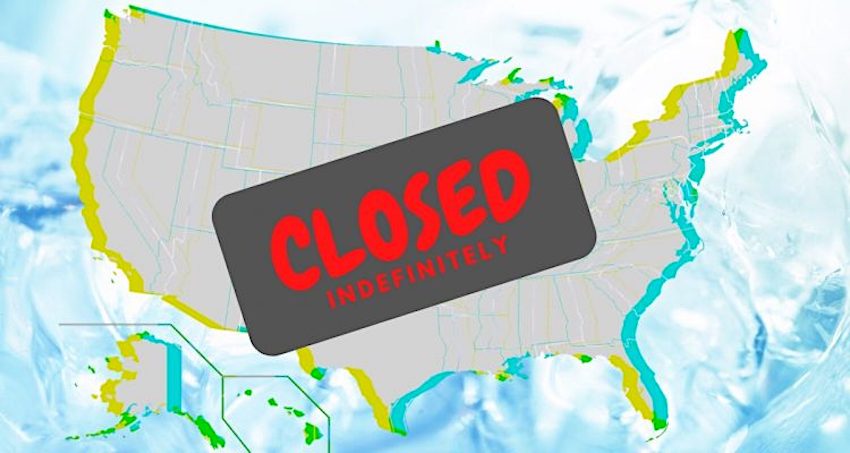 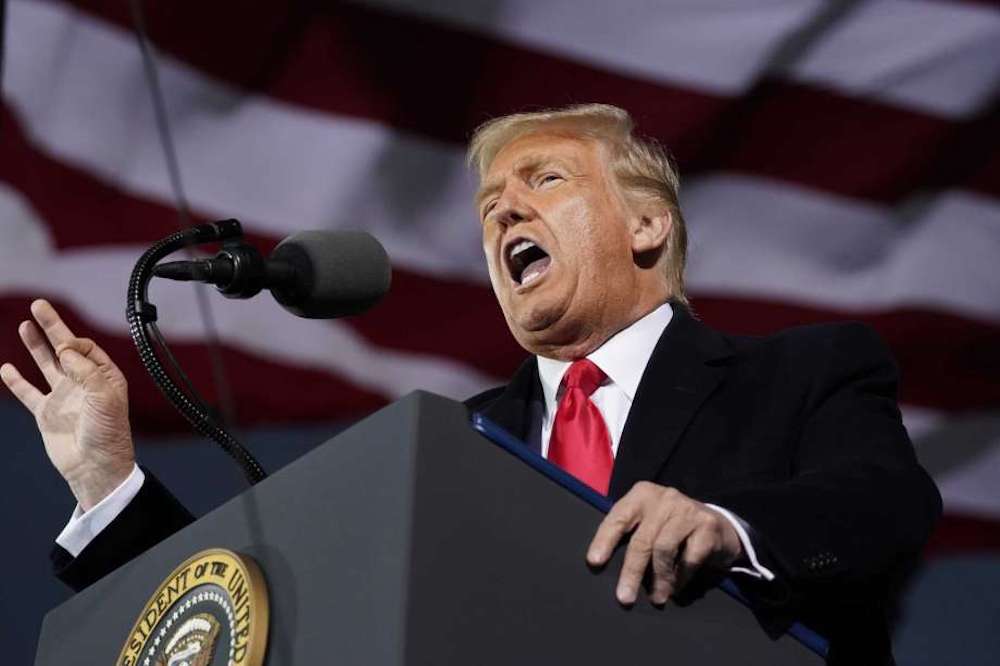 Donald Trump speaks during a briefing on the coronavirus pandemic in the
press briefing room of the White House on March 26, 2020, in Washington, D.C. 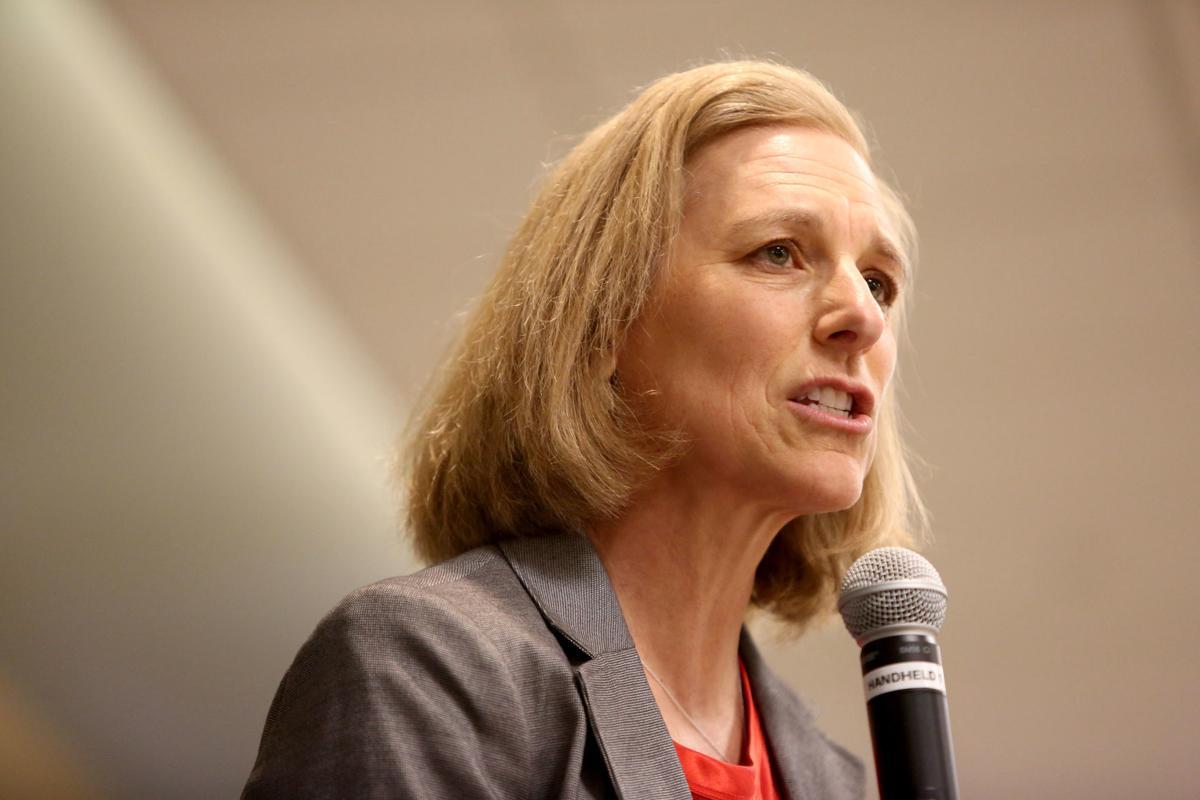 Judge Jill Karofsky, candidate for the Wisconsin Supreme Court, speaks during a
Rotary Club meeting at the Park Hotel in Madison, on Wednesday, March 11, 2020. 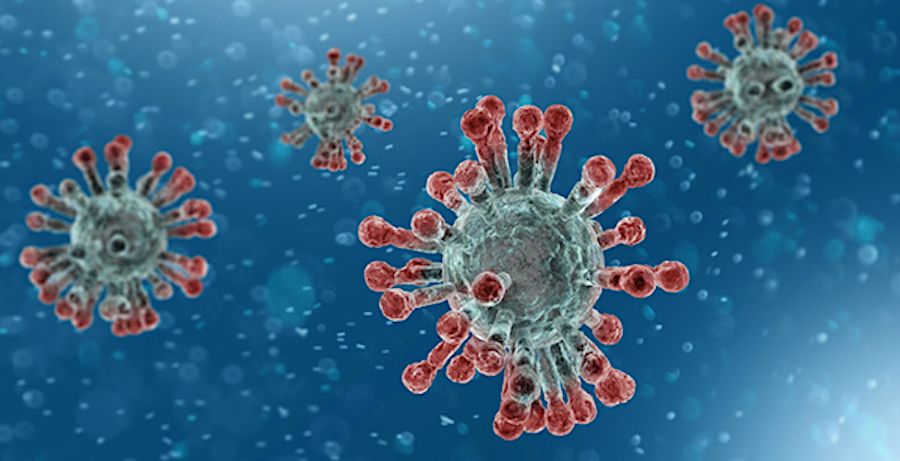 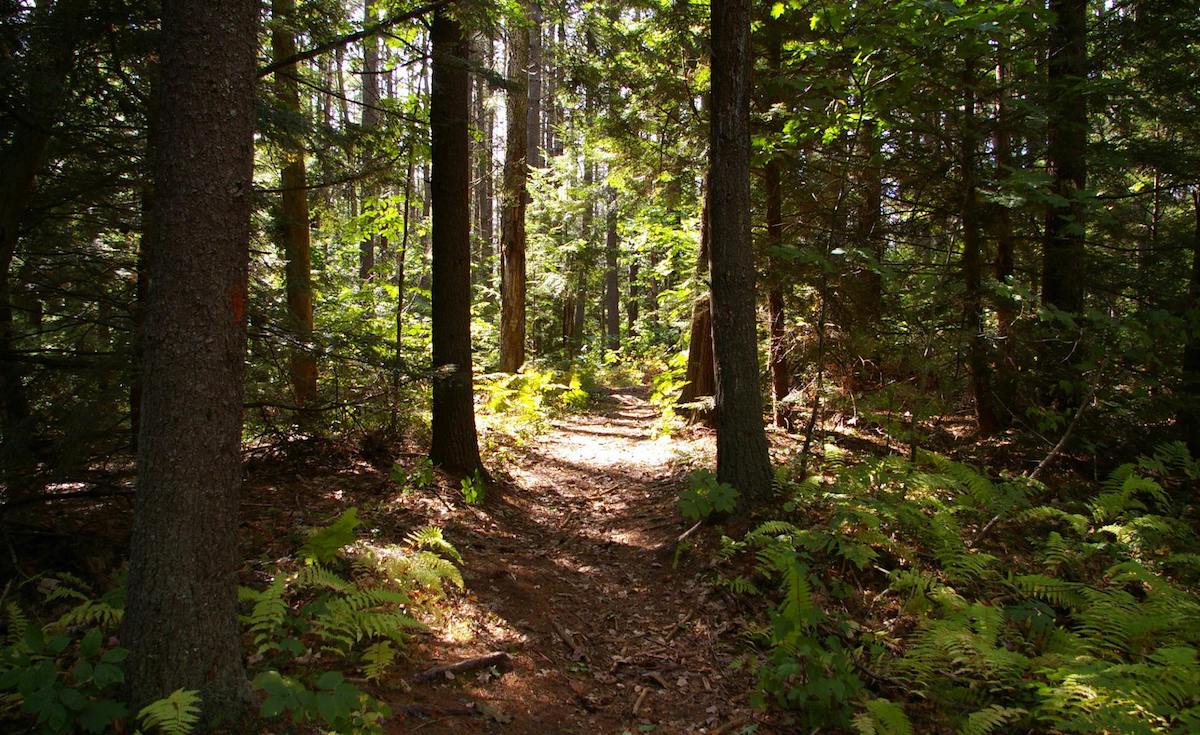 Numerous studies illustrate how much forest walks can do for heart and respiratory health, immune system function and lowering stress levels. 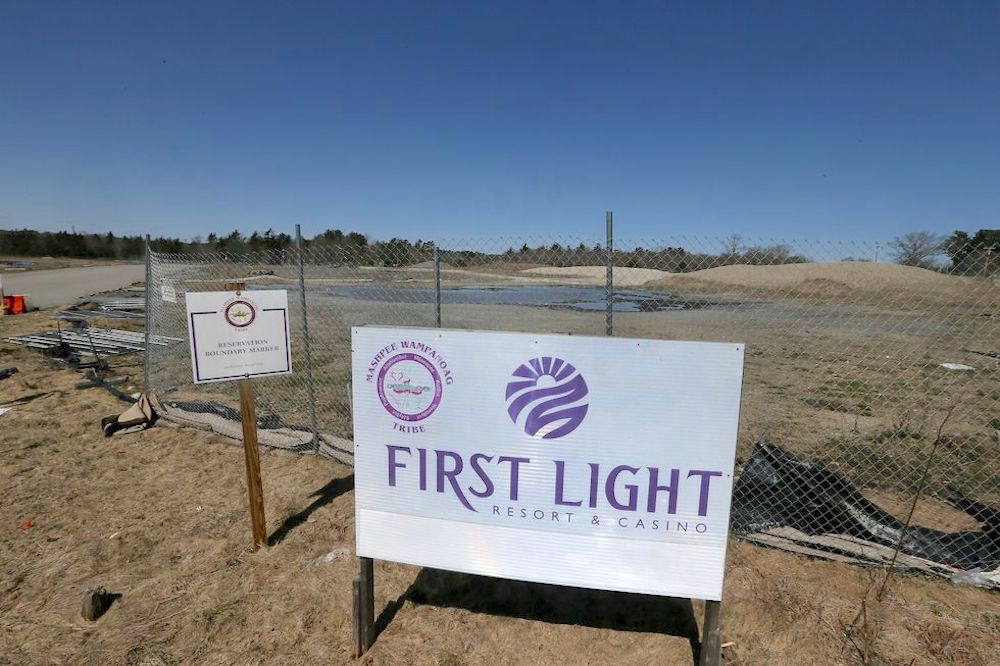 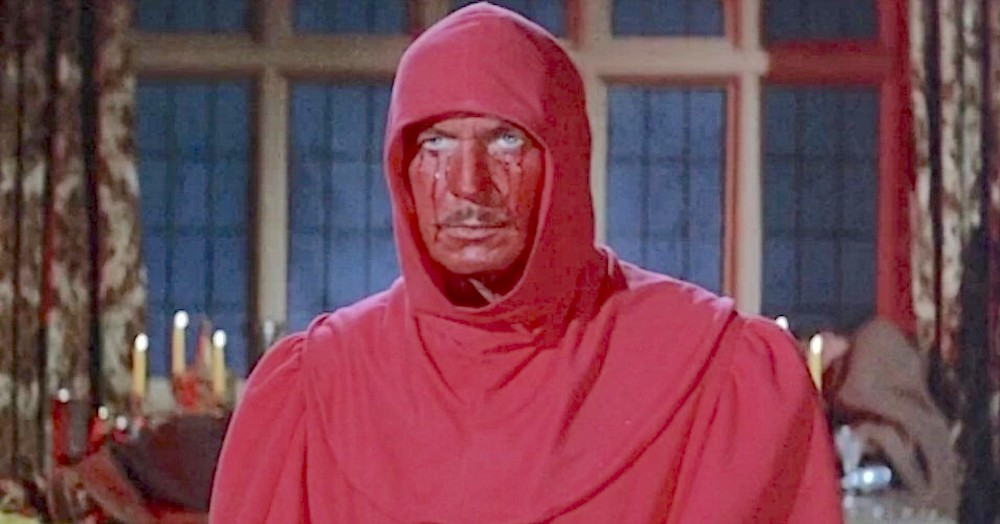 The Masque of the Red Death is a 1964 horror film directed by Roger Corman and starring
Vincent Price-based on a story by Edgar Allen Poe. The story follows a prince who terrorizes
a plague-ridden peasantry while merrymaking in a lonely castle with his jaded courtiers. 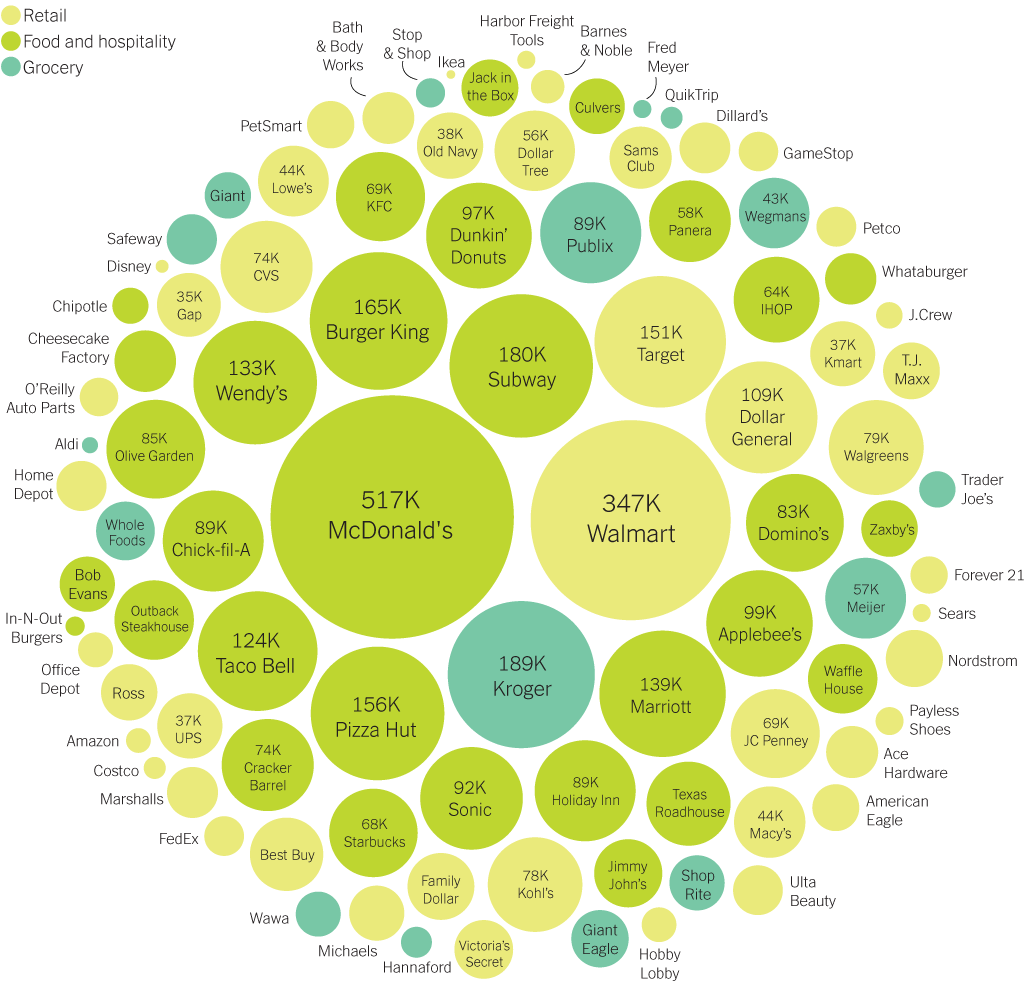 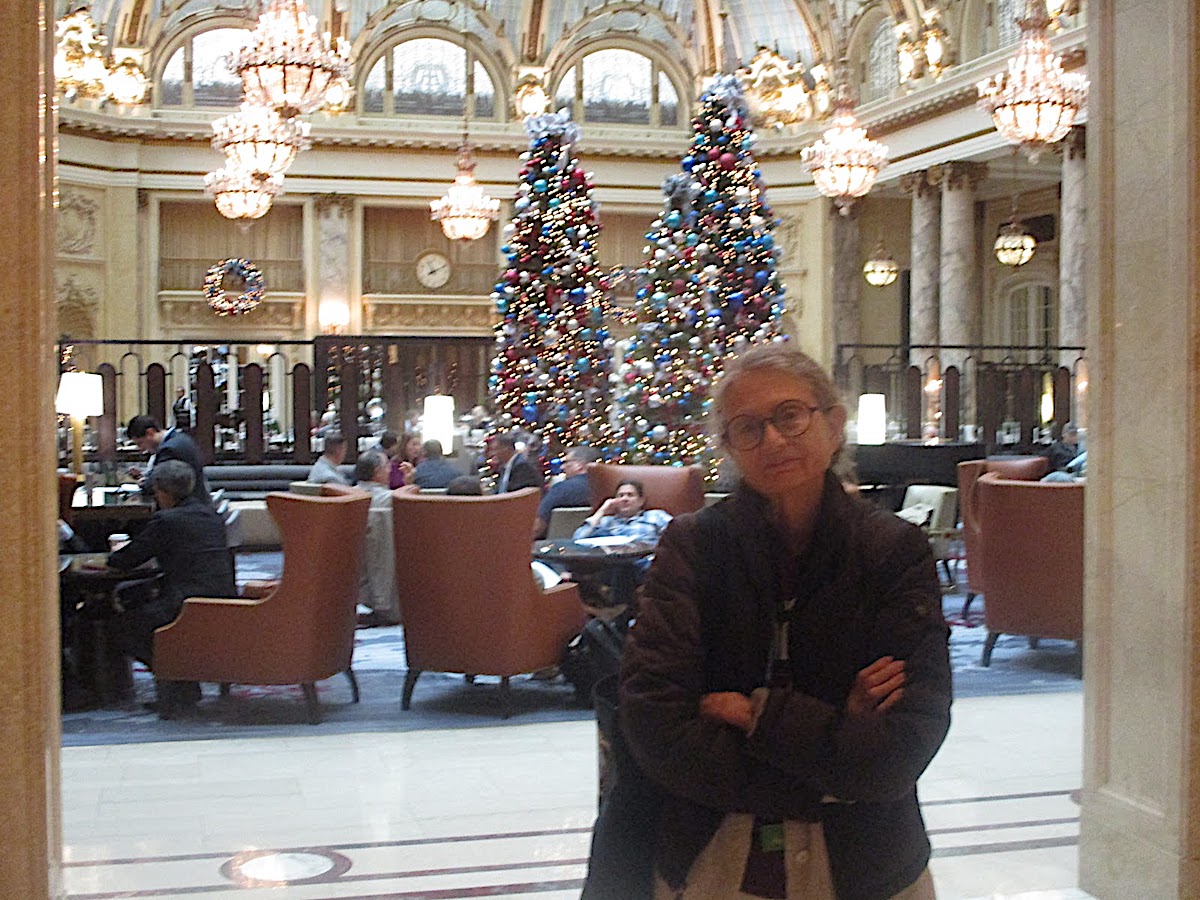 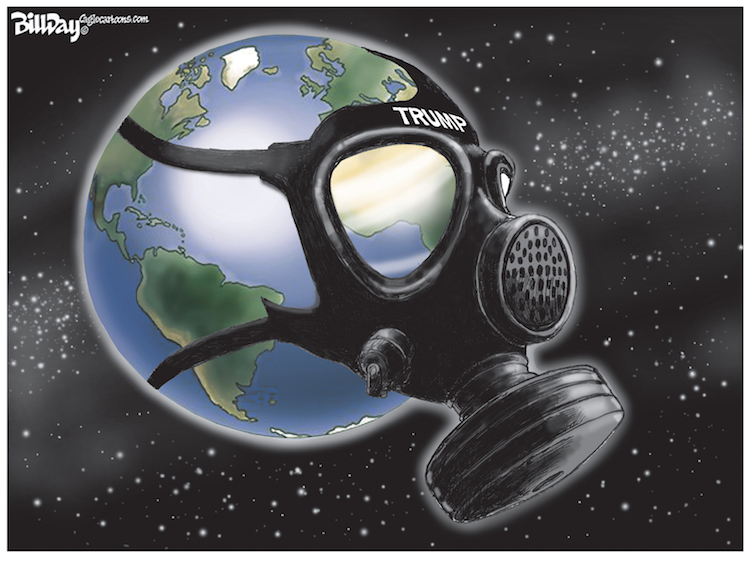 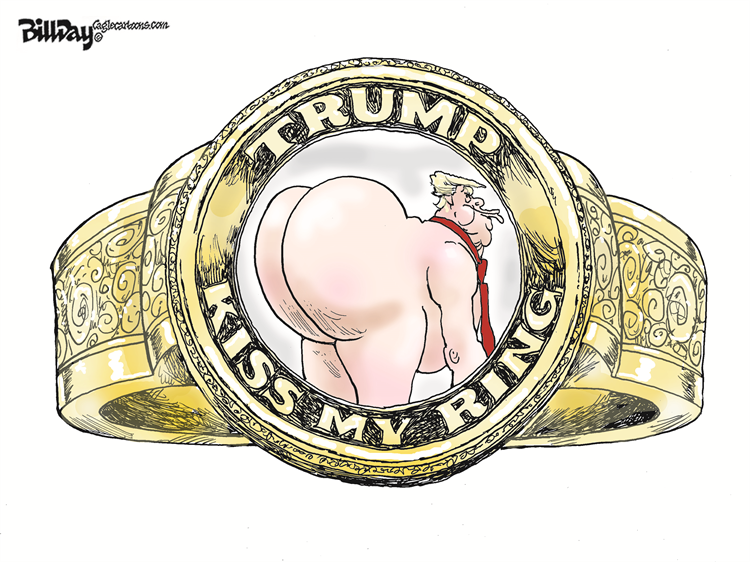 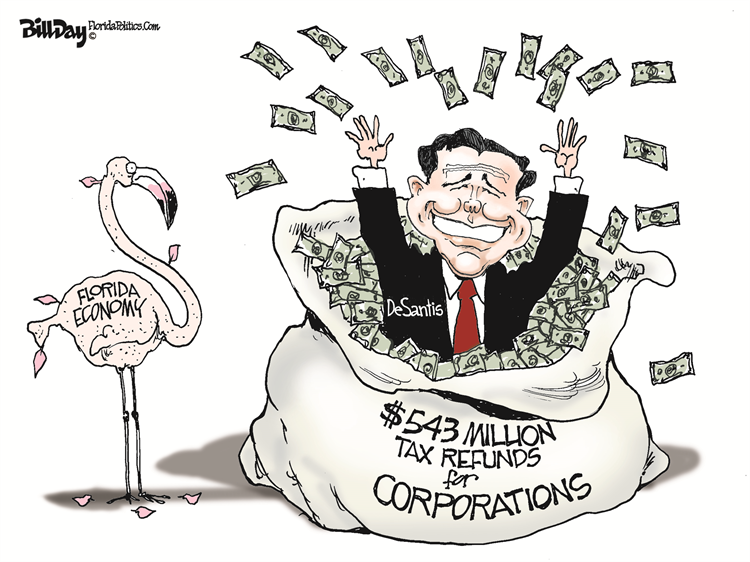 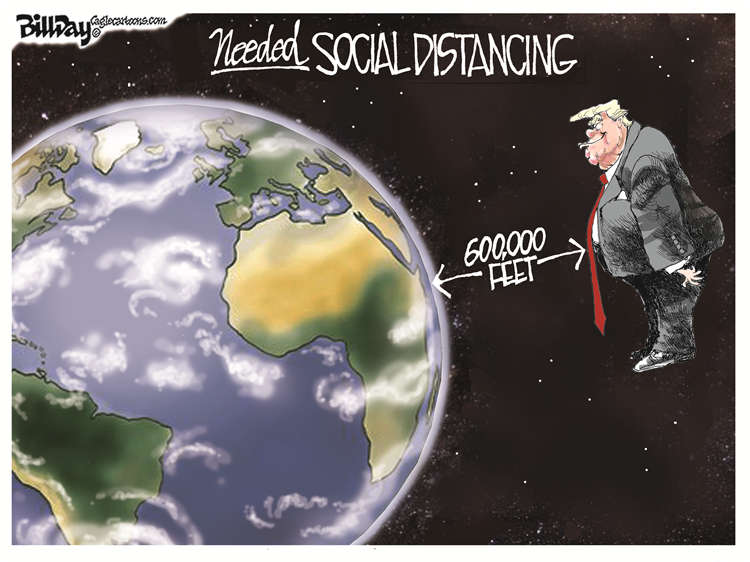 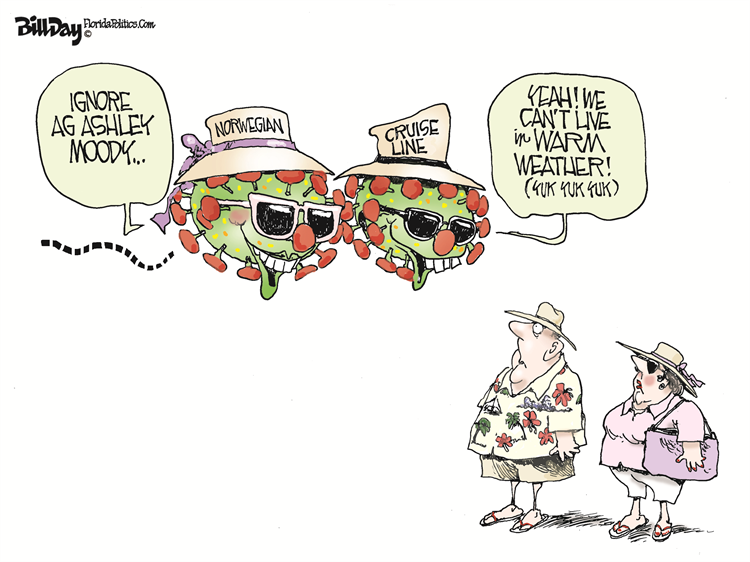