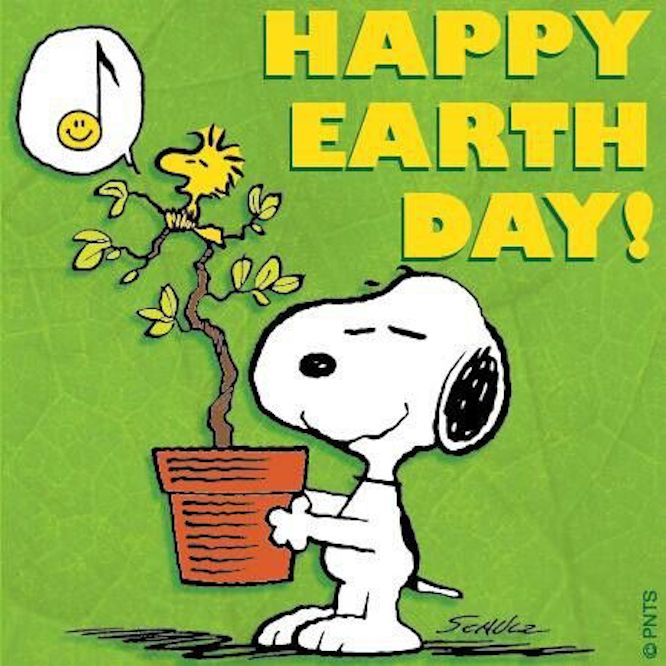 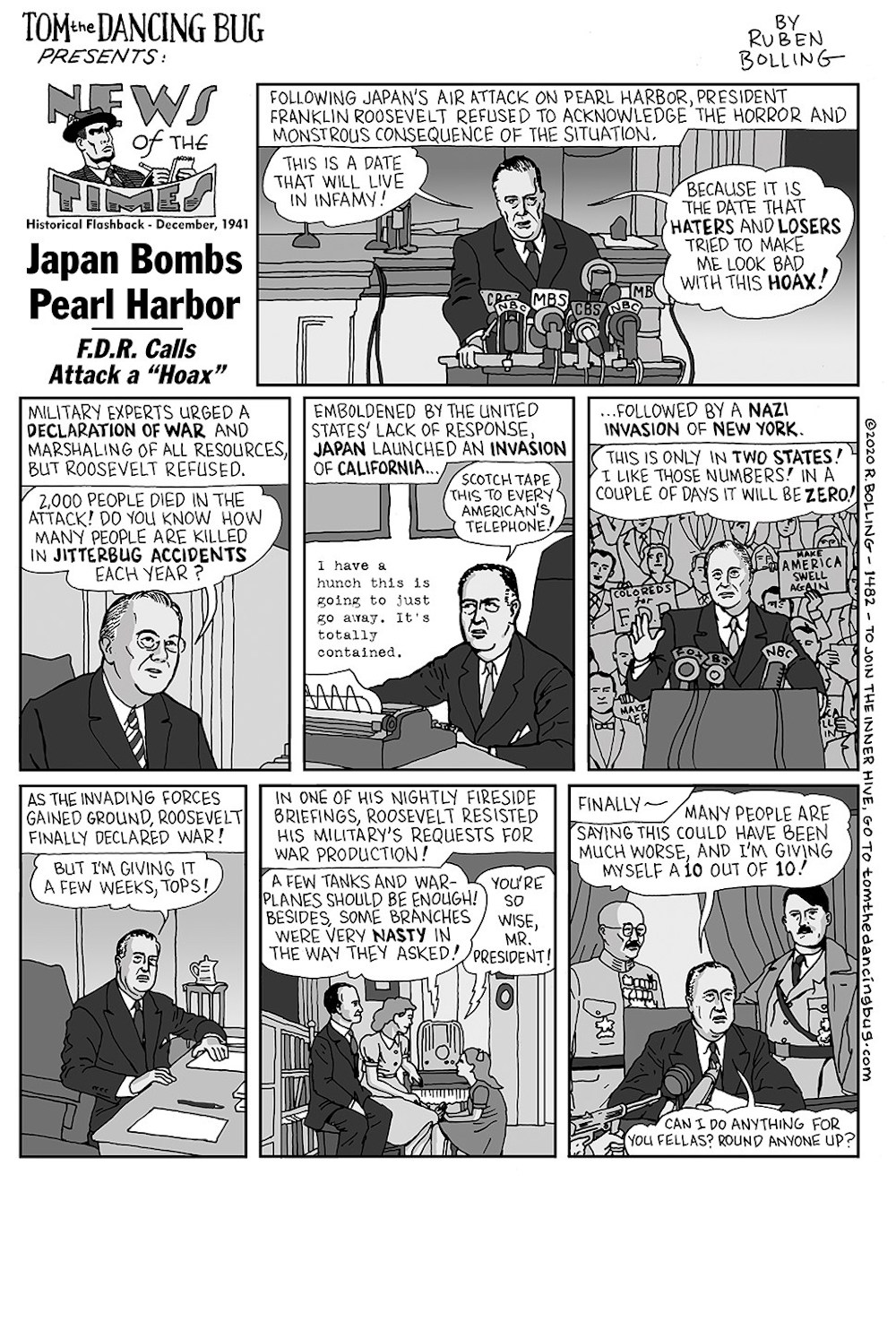 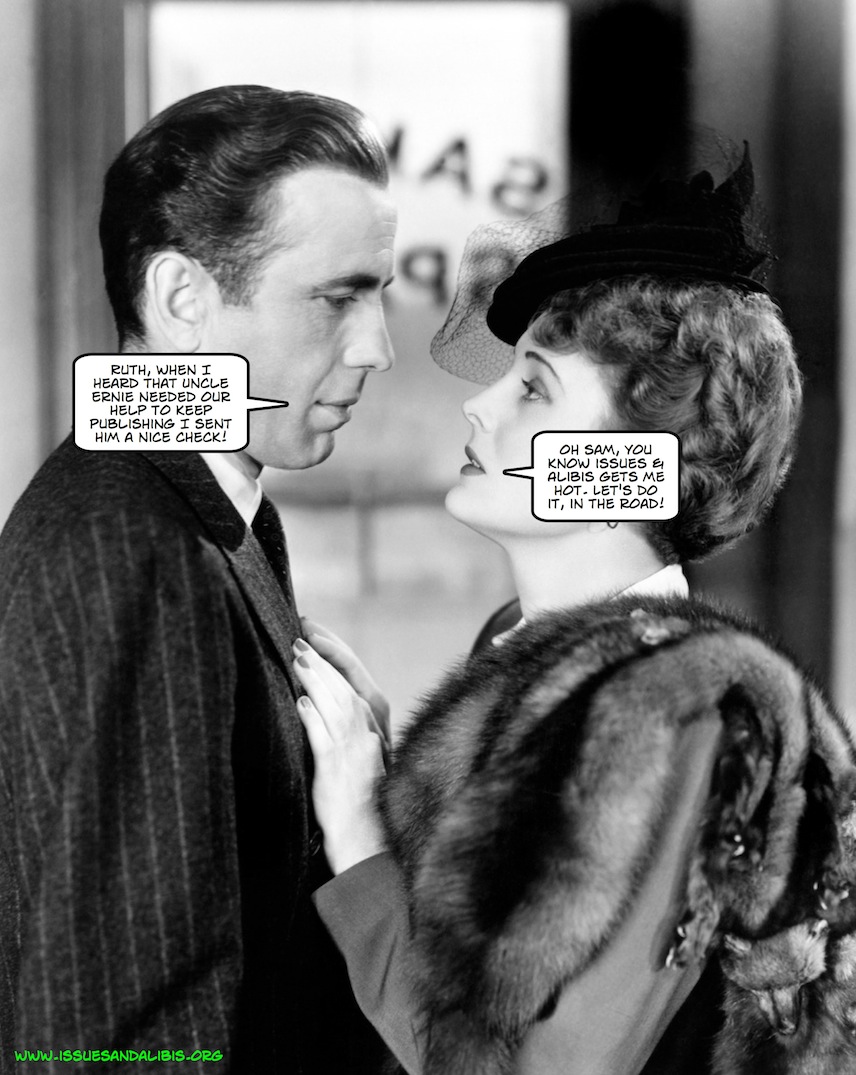 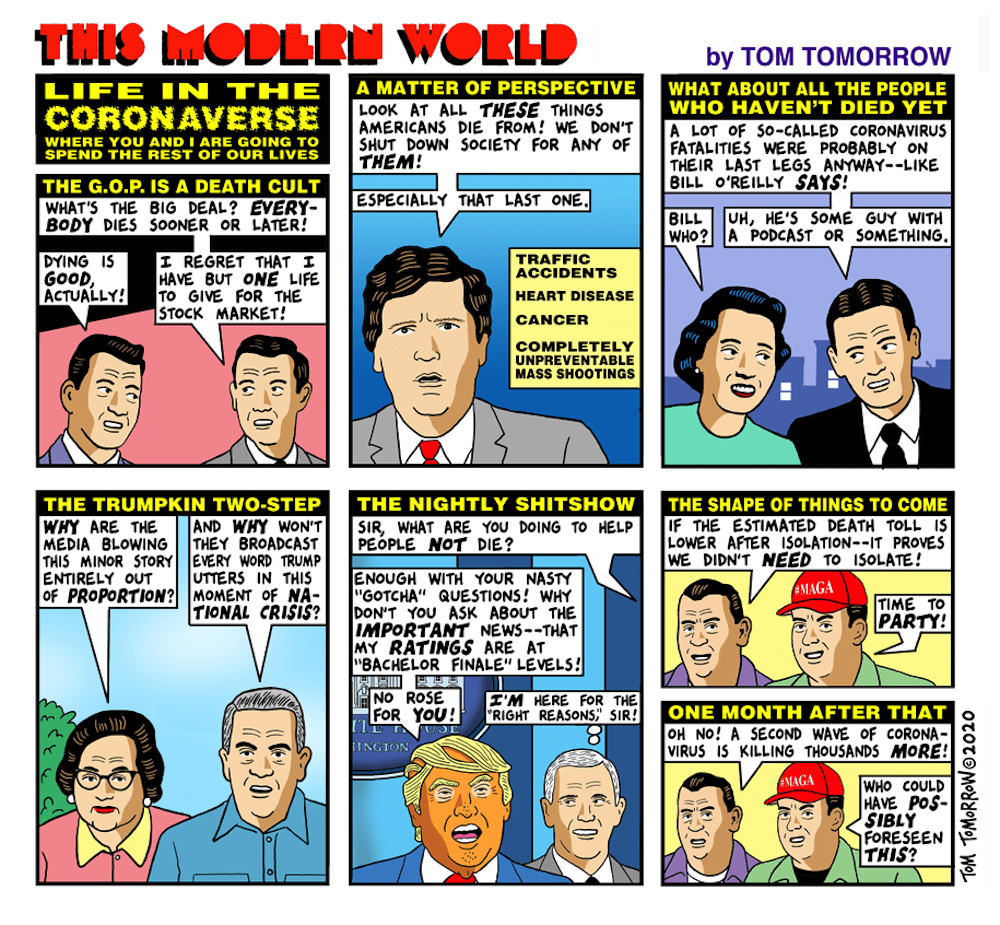 I'm having a deja vu again, are you? Lying Donald was at it again. Yes, I know, what else is new? But then it dawned on me, where have I heard his senseless prattle before. I mean, what cartoon character does Lying Donald remind you of. What self centered, egotistical, little piggy boy does he remind you of? For all of you who thought Eric Cartman you may stay after class and clean the erasers. There will be Graham crackers and chocolate Almond Milk to follow. I flashed on that when I heard Lying Donald say:

"When somebody is the president of the United States, the authority is total and that's the way it's got to be. ... It's total. The governors know that. I have the ultimate authority!"

Do you remember that Eric was fond of saying, "Respect My Authority!" Yes, you may compare and contrast. They're both self-centered, both egotistical, little piggy boys. Sure Lying Donald maybe fatter than Eric but when challenged they both fold like a house of cards in a windstorm.

The next day after it had hit the fan Lying Donald had changed his tune and was all about treating all the governors as equals after they had banned together and chose to ignore Lying Donalds song and dance. Again, classic Cartman. Next time you hear Lying Donald speak, who are you going to think of? I know, my bad!

I see where global warming will cause "catastrophic" biodiversity loss across the world if greenhouse gas emissions aren't curbed, with some ecosystems liable to collapse as soon as 2030, according to new research into where and when die-offs may occur.

Earth has never, in human history, warmed so quickly or uniformly as currently, but a variety of factors affect temperatures in individual regions, with significant seasonal and geographic variation.

Scientists predict that at the current level of manmade carbon emissions, Earth is on course to heat up to four degrees Celsius by 2100.

Instead of looking at global trends, researchers in Britain, the United States and South Africa looked at more than 150 years of climate data and cross-referenced that with the spread of more than 30,000 species of birds, mammals, reptiles and fish.

They then divided the globe into 100 square kilometres (39 square mile) segments and modelled the temperature trends and effects this would have on wildlife in a given area.

Writing in the journal Nature, they concluded that under emissions as usual -- known as the RCP8.5 scenario -- up to 73 percent of species will experience unprecedented warming with potentially disastrous effects for populations.

Alex Pigot, from University College London's Centre for Biodiversity and Environment, said that the models showed that animal populations were liable to collapse once they cross a temperature "horizon" -- being exposed to heat they're not evolved to handle.

"As we pass this threshold we expect the risk of local extinction to increase substantially. It's not a slippery slope, but a series of cliff edges, hitting different areas at different times," Pigot said.

The models change dramatically according to each emissions pathway.

For example, at 4C of warming 15 percent of all animals could see extreme heat that could cause "irreversible damage" to regional ecosystems.

But at 2C of warming -- the cap aimed for in the Paris climate agreement, that figure dropped to two percent, according to the models.

The researchers predicted that such unprecedented temperature events will begin before 2030 in tropical oceans. For example, the Great Barrier reef suggest this is already occurring in places, the team said, adding that higher latitudes would see similar events by 2050.

While coral reefs occupy a tiny percentage of the oceans they support as much as a quarter of all marine life. Considering a couple billion people depend on the oceans to sustain life, pretty soon it's going to hit the fan! You've seen the effects with covid-19 emptying groceries imagine the effects when 2 billion folks need to replace the protein that once came from the sea!

Sen. Kevin Cramer (R-ND) wants to cut back on programs that the people have already paid for like Social Security in order to balance the budget to make up for shortfalls caused by the tax cuts for the uber wealthy. He'd like to cut back on Medicare and Medicaid too.

Kevin says, "It's time to have 'adult conversation' about cutting safety net programs." Here's an idea Kevin, why not tax the uber wealthy like your hero Dwight David did at a rate of plus 90%. When Eisenhower did that the economy boomed like never before or since. Now couple with that cutting about half out of the Pentagoon's budget and we'll have plenty of money to spare to build infrastructure and such. Simple, huh Kevin, just like your mind! 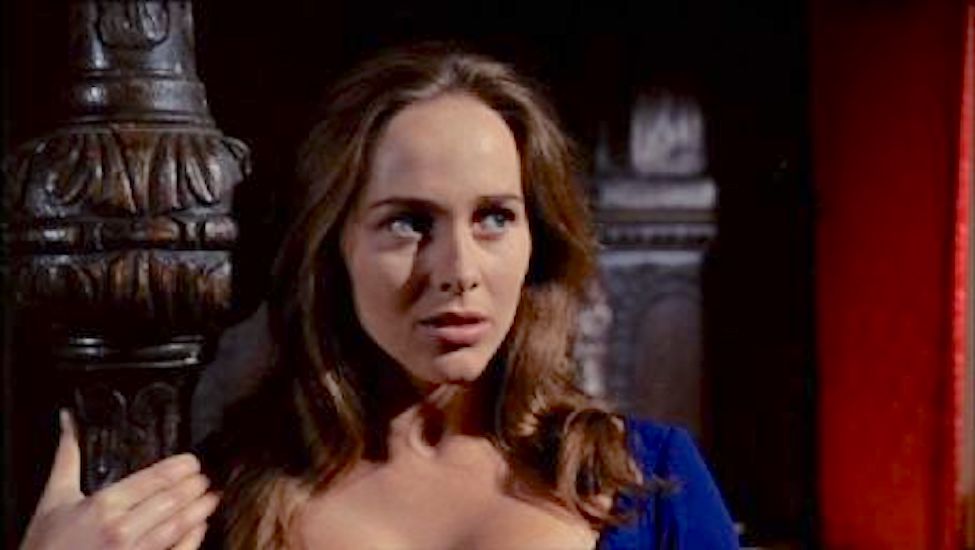 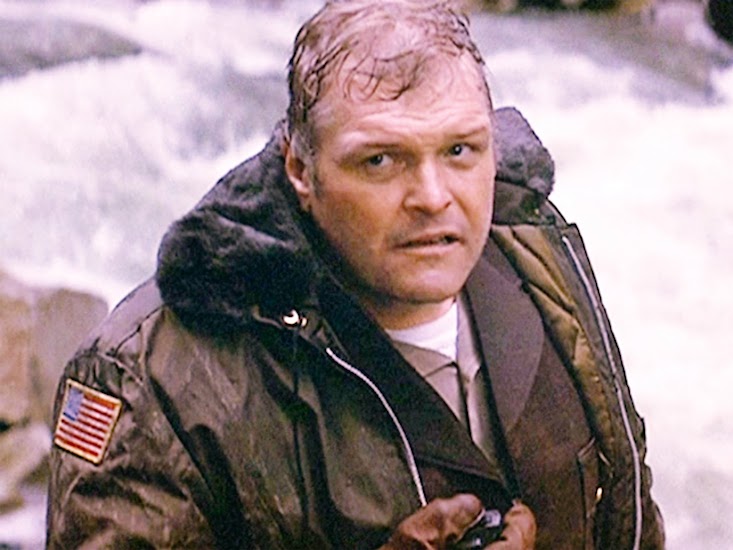 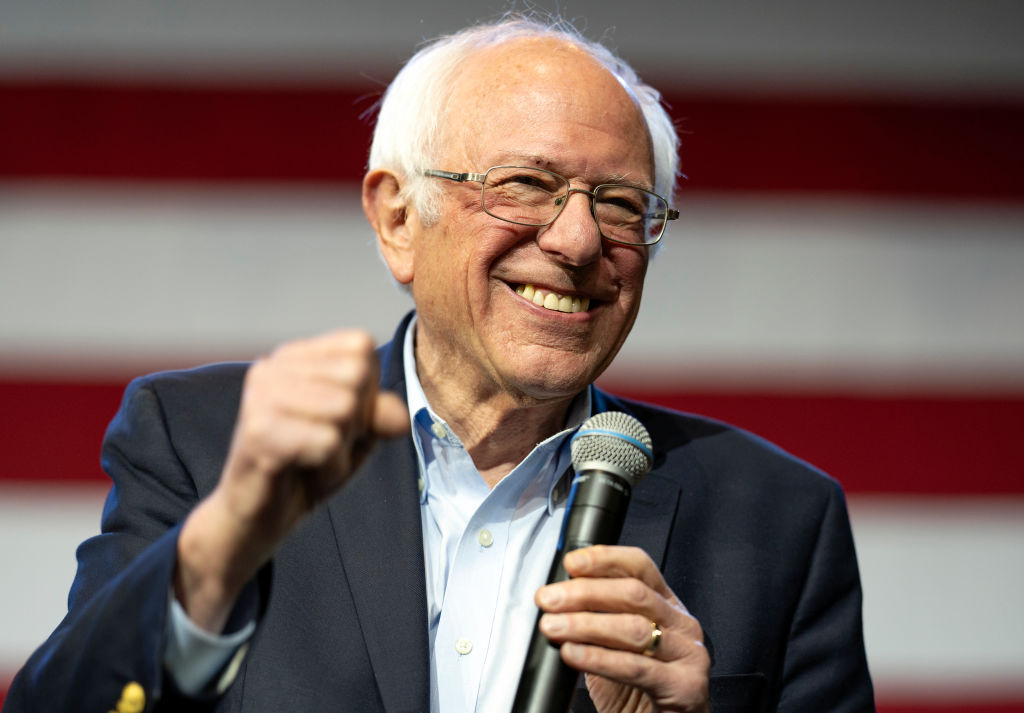 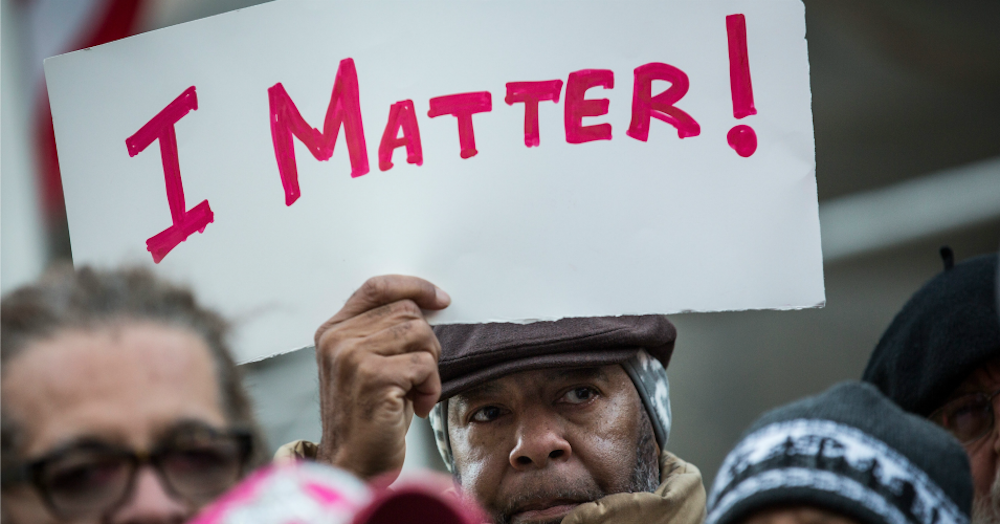 Past presidents and congresses have failed for decades to mobilize the resources and make the wrenching
changes needed to end the virus of white racism, and finally create an equal playing field for all in America. 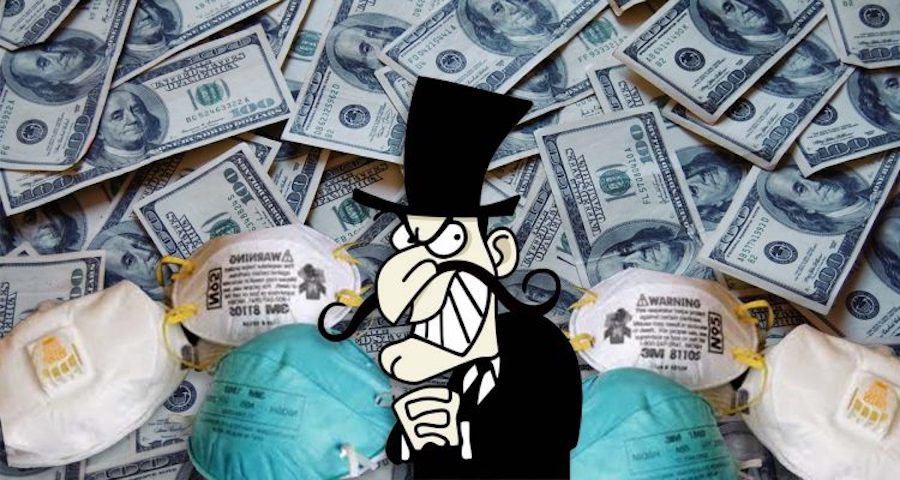 A Walmart employee works on fulfilling a customer's online order at a Walmart micro-fulfillment center in Salem, Massachusetts, on January 8, 2020. 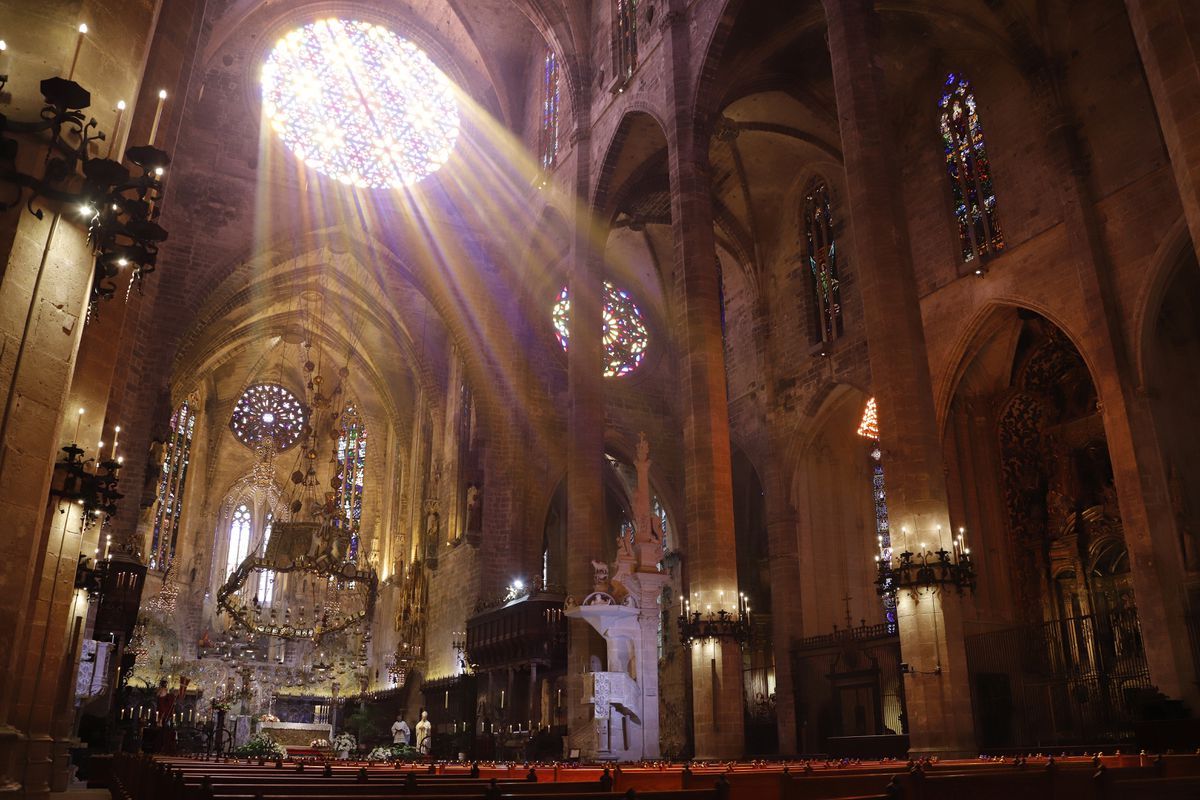 The Bishop of Mallorca Sebastia Taltavull offers the traditional Easter Sunday mass in the deserted cathedral during the coronavirus pandemic. 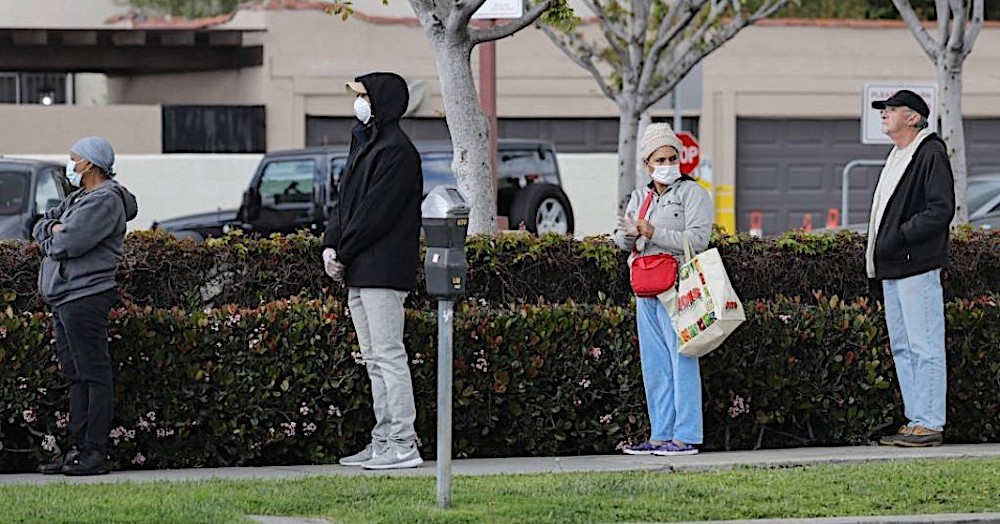 This millennium has wired us into a pervasive system of individuated connection,
making it a perfect precursor to the requisite high-tech sequestration at hand. 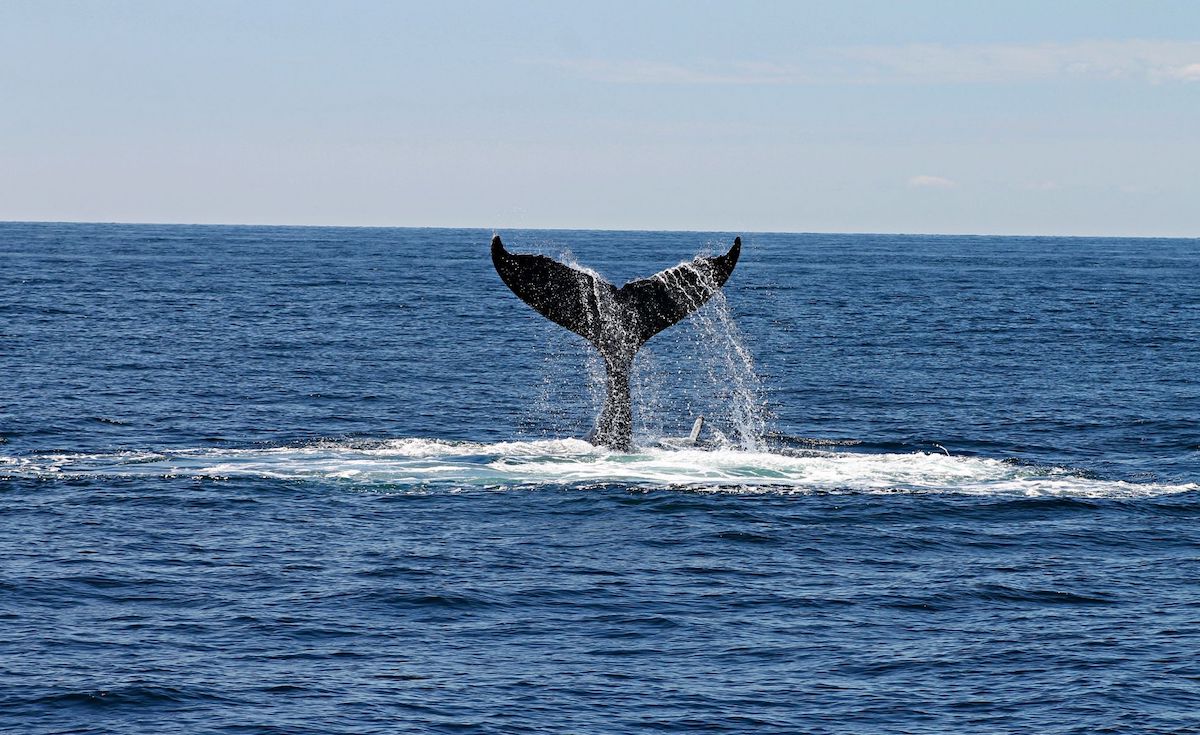 A review in Nature points to rising marine life populations in response to protection measures, including
humpback whales near Australia, sea otters in Western Canada, and grey seals and cormorants in the Baltic Sea 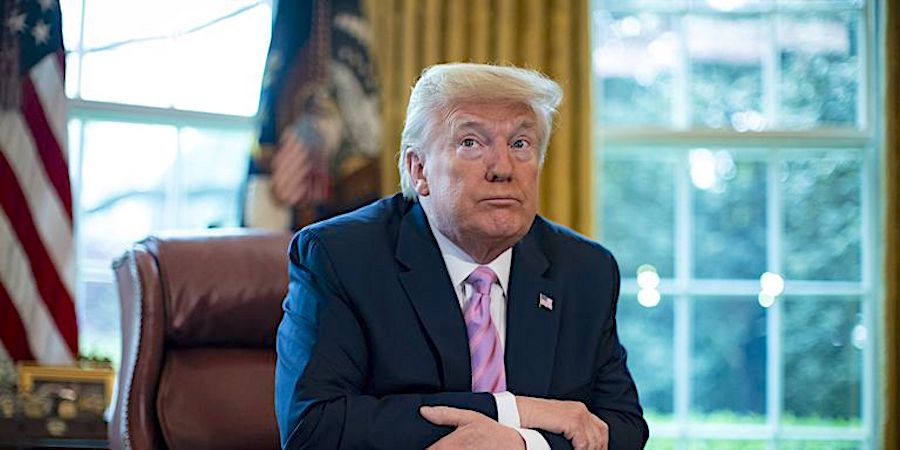 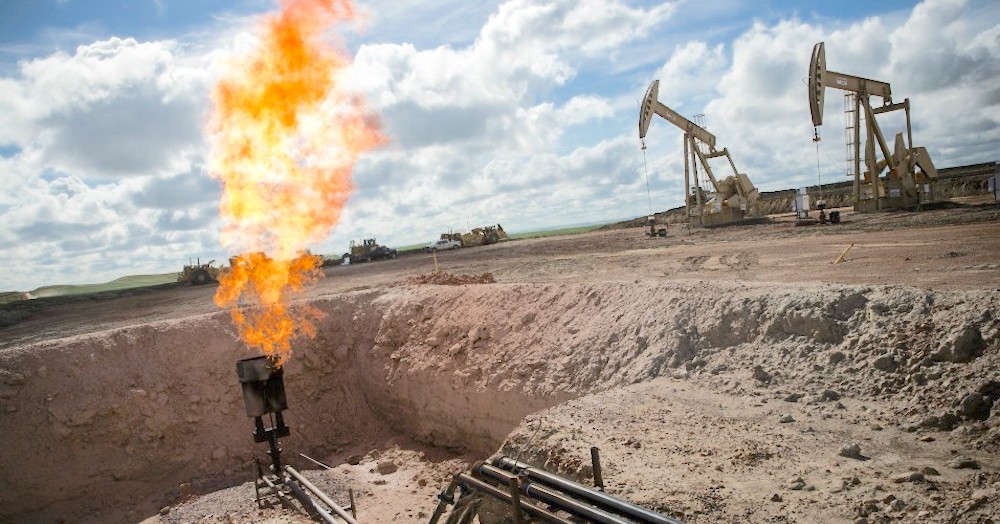 A gas flare is seen at an oil well site on outside Williston, North Dakota. 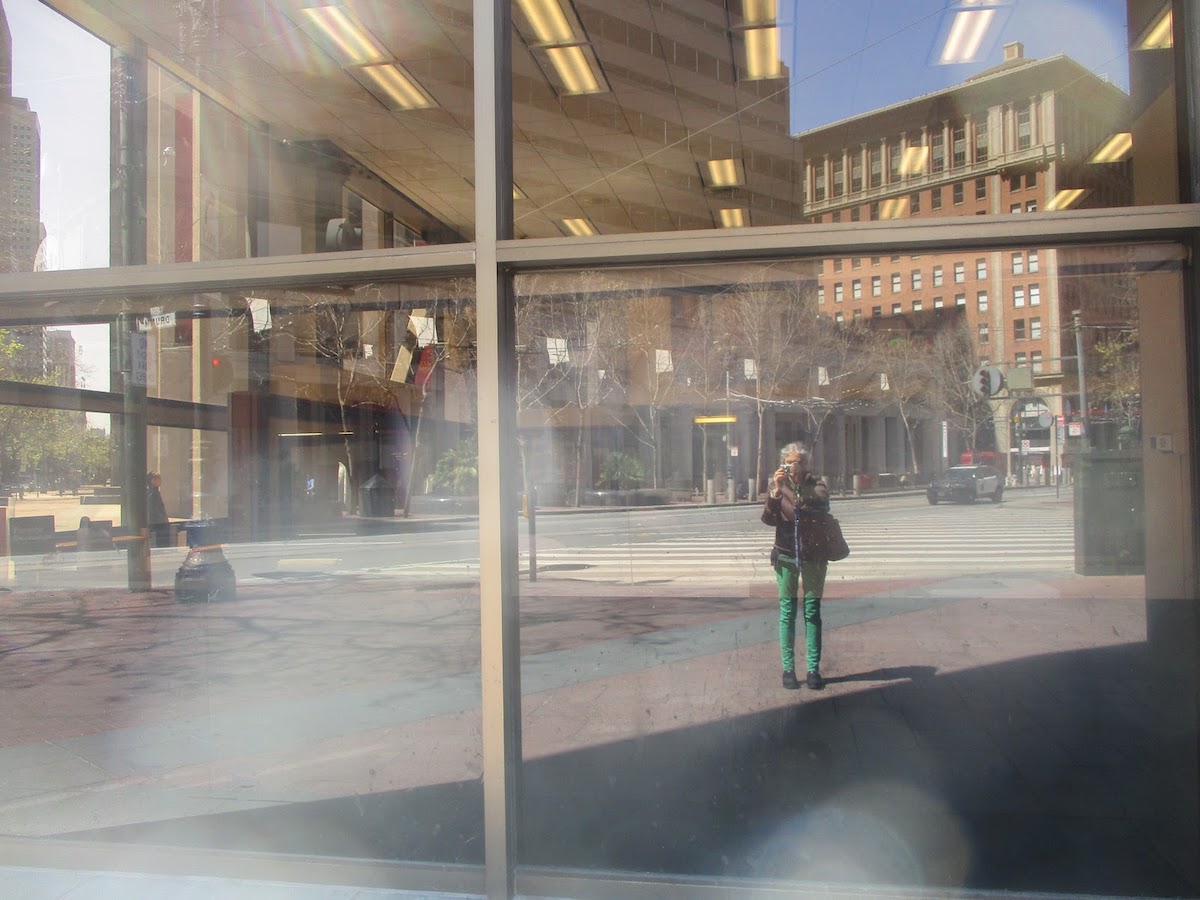 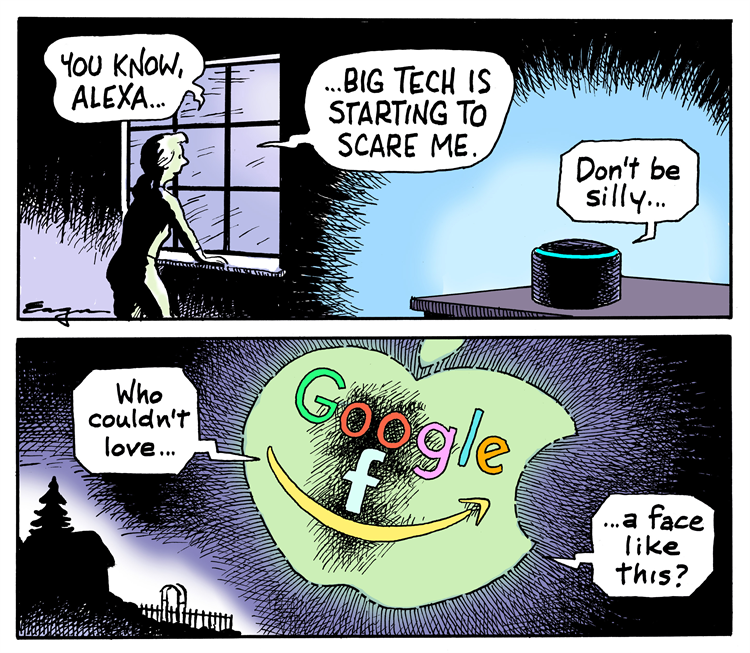 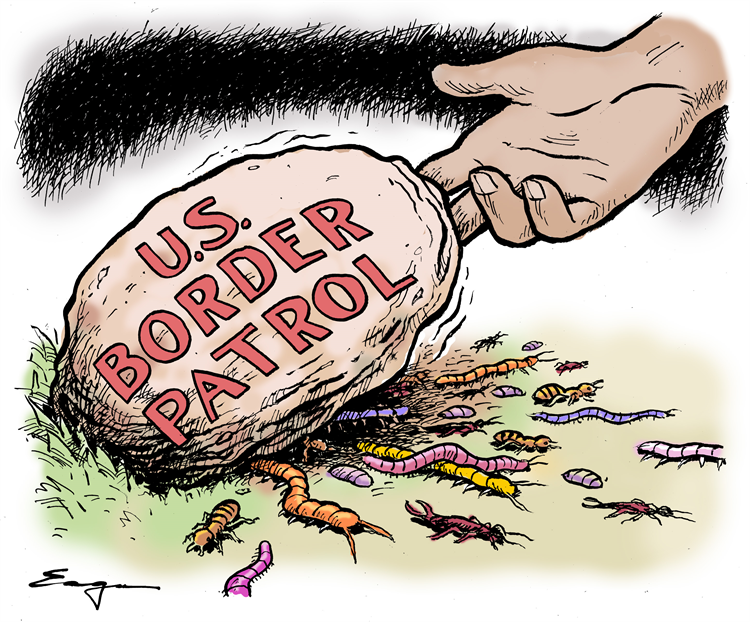 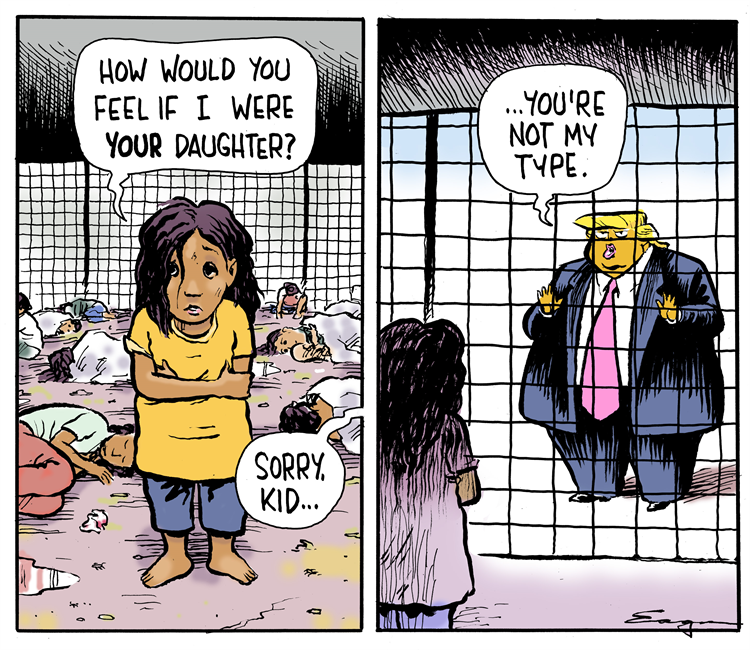 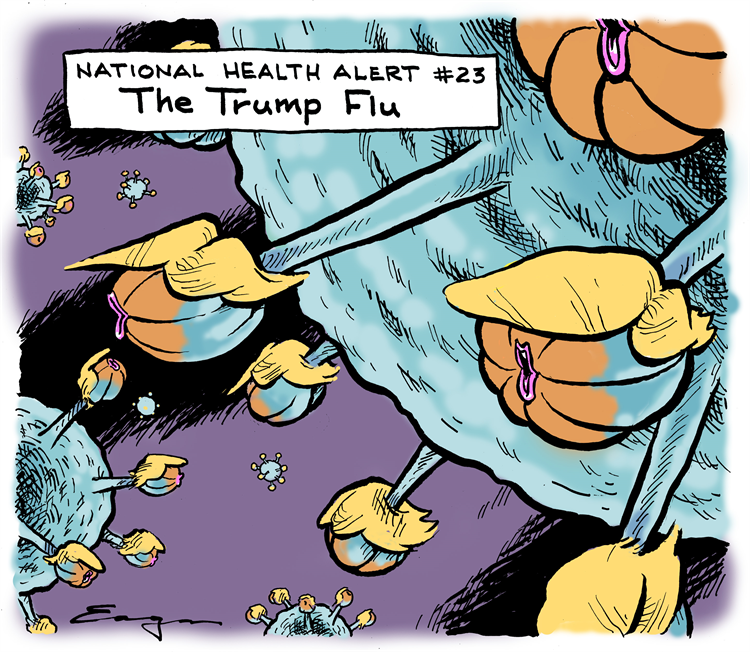 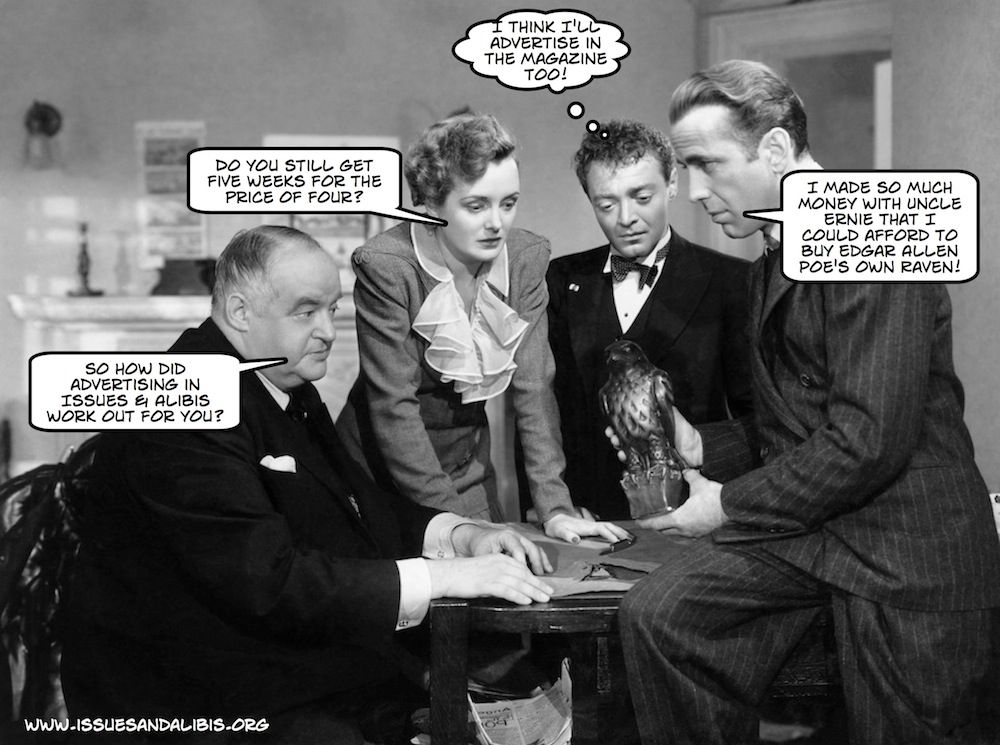