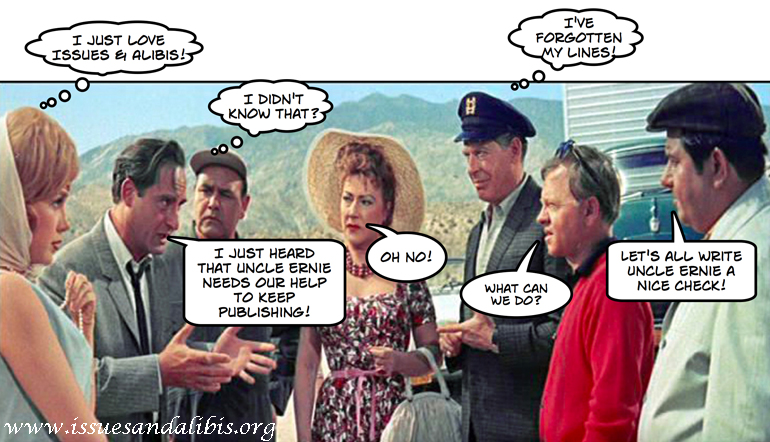 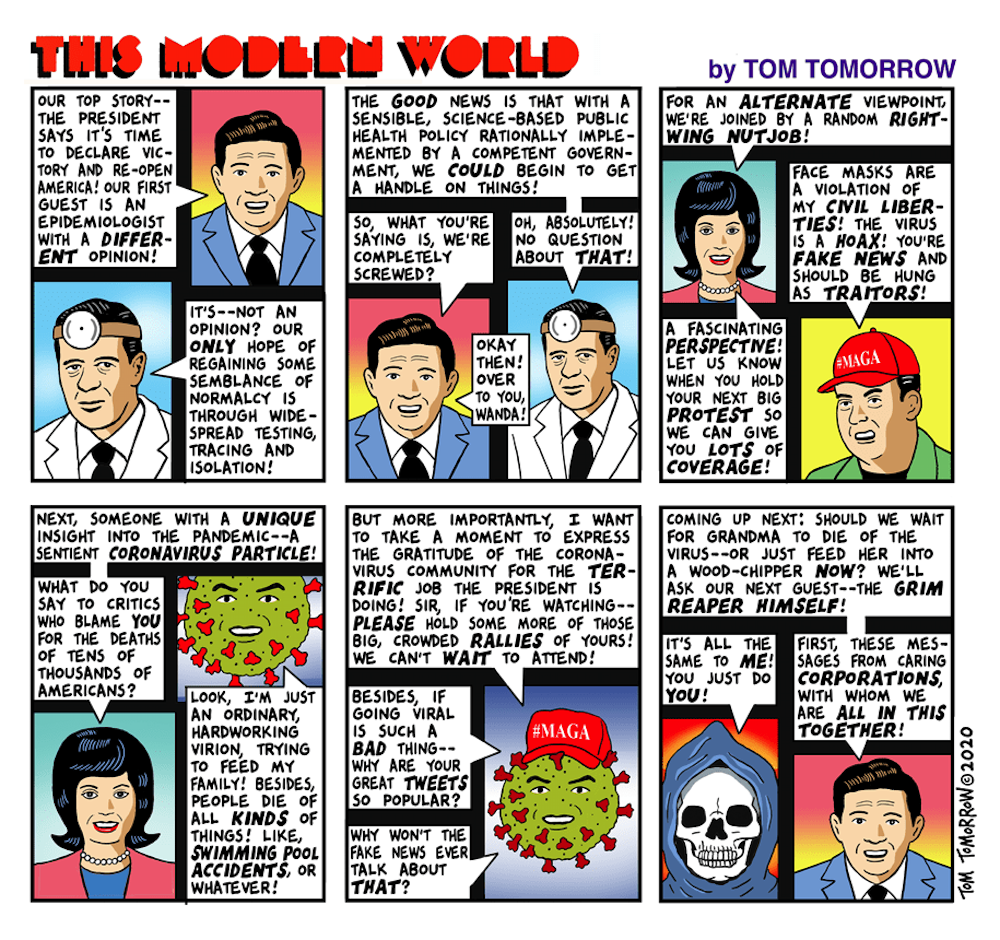 Certainly Lying Donald had killed a few hundred folks overseas. He was just intent on destroying America from within, hell, I gave up counting his acts of treason and sedition when they passed 100. I think I quit counting treason and sedition at around 300 when it came to W and Cheney. W came in 6th for the millions of innocents that he killed or wounded.

Andrew Jackson was at two now three as Andrew like George was a slave owner. He co-owned with his son Andrew Jr. about 300 slaves. Like George, Andrew was a genocidal maniac when it came to Indians. Ya'll remember "The Trail Of Tears"? That was Andrews doing but it was just one of his many shenanigans. He even overturned a Supreme Court verdict on his own authority, imagine that! Something I've been waiting for Lying Donald to do.

While George was number one and is now number two he too had over 300 slaves and like Jackson hated Indians even the Indian tribes that fought on our side during the Revolutionary War. You may recall that when George was "appointed" president he was the richest man in America. How did George attain his great wealth? Simple, really. All he did starting in the French and Indian War was take the lands away from the tribes that fought for the French and as he being a surveyor claimed those lands and sold them to white people coming from Europe at great profit. Something he continued doing in Kentucky and Ohio to tribes that had fought on our side after the Revolutionary War was over.

But with Lying Donald's planned incompetence with the Covid pandemic he passes both Washington and Jackson in murdering Americans. I have no doubt dead Americans was his intent when he was told what was coming back in November and chose to do nothing. In a court of law that's "premeditated murder," is it not? And even as I write this Donald can't wait to open up America before he should to kill twice as many as he has so far. Ergo, Lying Donald, to my mind, becomes the United States' worst president of all time!

I see where global warming has already made parts of the world hotter than the human body can withstand, decades earlier than climate models expected this to happen.

Jacobabad in Pakistan and Ras al Khaimah in the United Arab Emirates have both repeatedly crossed a deadly threshold for one or two hours at a time, an analysis of weather station data found.

Wet bulb temperature (TW) is a measure of heat and humidity, taken from a thermometer covered in a water-soaked cloth. Beyond a threshold of 95 degrees F TW the body is unable to cool itself by sweating, but lower levels can still be deadly, as was seen in the 2003 European heatwave that killed thousands without passing 83 degrees F TW.

A US-UK team analysed weather station data across the world, and found that the frequency of wet bulb temperatures exceeding temperatures between 81 degrees F TW and 95 degrees F TW had all doubled since 1979. Though 95 degrees F TW is thought of as a key threshold, harm and even death is possible at lower temperatures, so the team included these in their analysis.

Most of the frequency increases were in the Persian gulf, India, Pakistan and south-west North America. But at Jacobabad and Ras al Khaimah, 95 degrees F TW appears to have been passed, the first time the breach has been reported in scientific literature.

"The crossings of all of these thresholds imply greater risk to human health - we can say we are universally creeping close to this magic threshold of 95 degrees F. The tantalising conclusion is it looks like, in some cases for a brief period of the day, we have exceeded this value," says Tom Matthews at Loughborough University in the UK.

His team corroborated the threshold being breached by looking at another weather dataset, based on temperature and humidity observations and modelling. That analysis suggested several areas of the Persian Gulf will see the possibility of 95 degrees F TW happening once every 30 years at around 36 degrees F of global warming. The world has already warmed about 34 degrees F due to human activities.

Such intense humid temperatures have so far largely affected affluent Gulf states, which have the capacity to cope by investing in air conditioning. But Matthews warns that with continued climate change, the extremes will affect more parts of Pakistan, and India too, which may have not have the capacity to adapt. Even if they they could, it would require huge amounts of energy for cooling, further exacerbating climate if it came from fossil fuels. "We are already exquisitely close, closer than we thought, to that line in the sand," he says.

While there are uncertainties over temperature and humidity readings from a few weather stations, because of where they are sited or how they are calibrated, Matthews says the overall picture is "unequivocal".

So if the flooding dosen't get you, the rise in temperature will!

You knew what was going to happen when Lying Donald and the Simian Collective in the Senate gave a trillion dollar tax gift to the 1% then turned right around and gave another trillion dollars to the 1% undercover of those coronavirus checks? Well the economy has hit the fan and they're going to need those trillions back. So guess whose going to have make up those funds? The 1%? Guess again. The 10%, nope. The middle class? Nope, give up? Why the elderly, sick and poor!

Lying Donald who said he wouldn't touch the entitlements is having second thoughts and plans to make the poor, sick and elderly pay, at least the ones that Covis-19 hasn't killed outright! Of course, the Simian Collective has jumped on board with Donald.

US Senator Lindsey Graham jumped on the bandwagon saying "We've gotta fix entitlements. We're in debt because we made promises we can't keep to Medicare, Social Security, and Medicaid." Of course, they could cut the Pentagoon budget in half and do what Ike did back in the 1950, i.e. tax the top 10% at 92%. That works for me, how about you, America?

Be that as it may, Lindsey Graham wins this week's Vidkun Quisling Award! 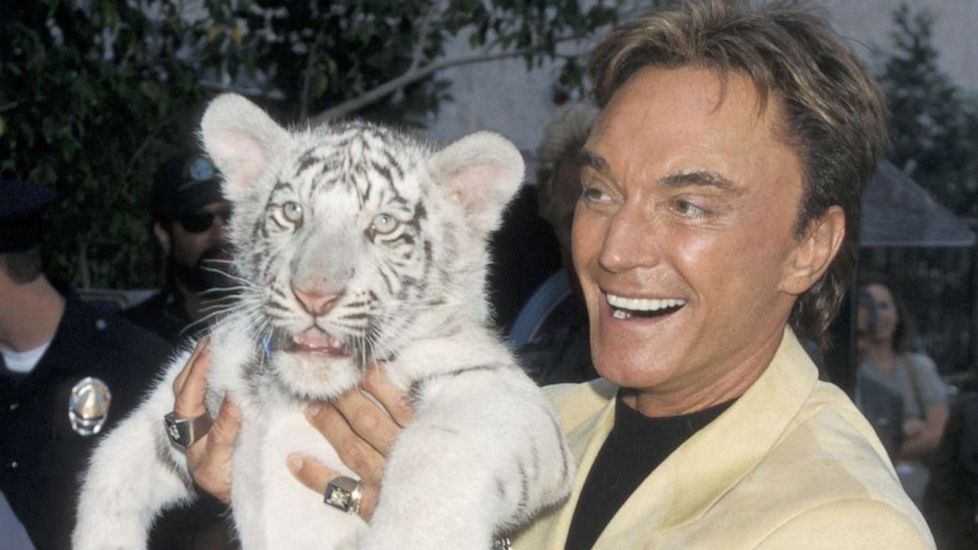 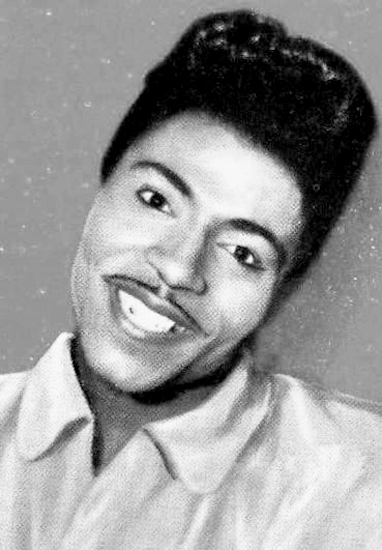 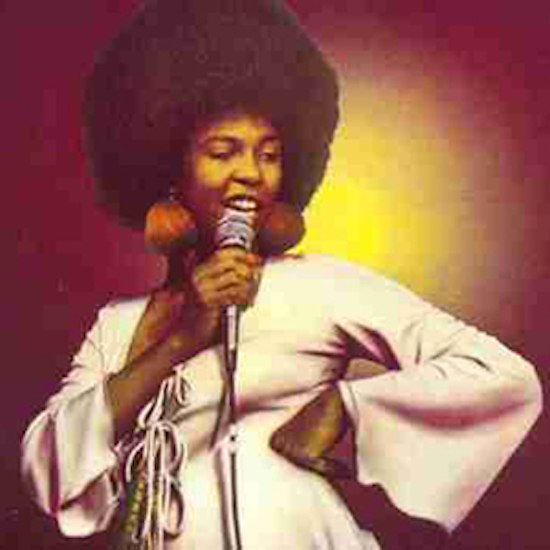 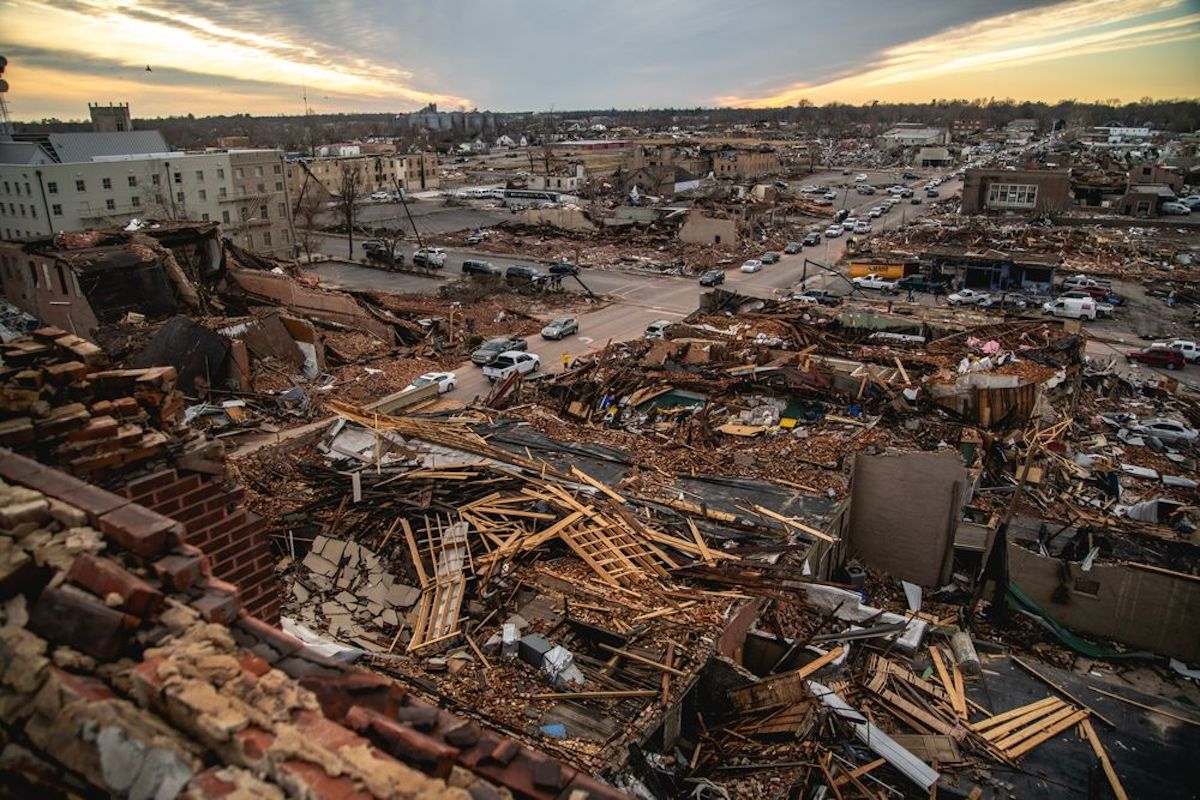 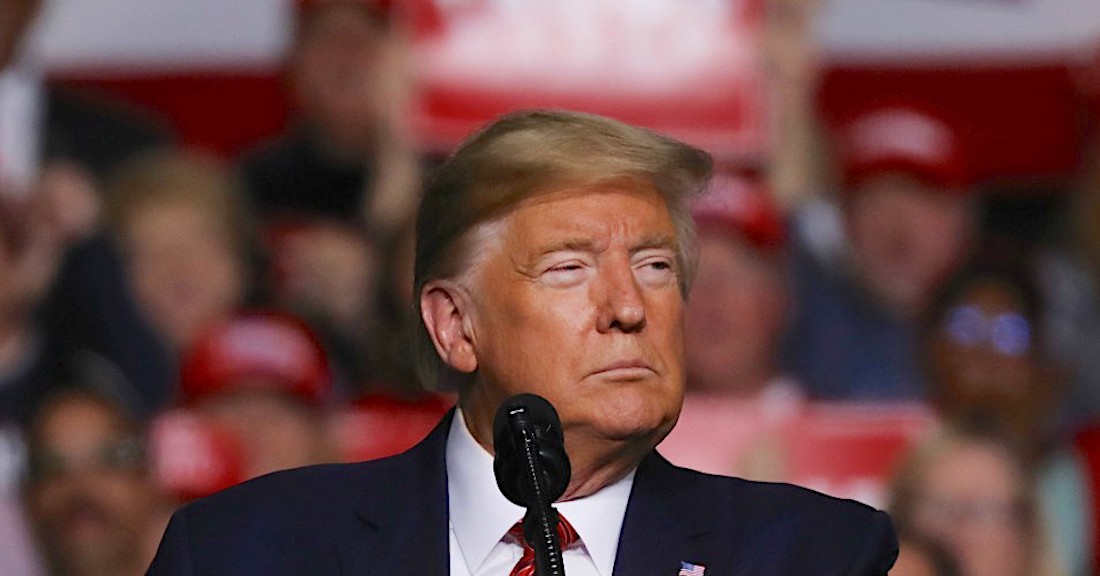 President Donald Trump appears at a rally on the eve before the South Carolina primary on
February 28, 2020 in North Charleston, South Carolina. The Trump administration is coming
under increased criticism from democrats for not doing enough to prepare America for the Coronavirus. 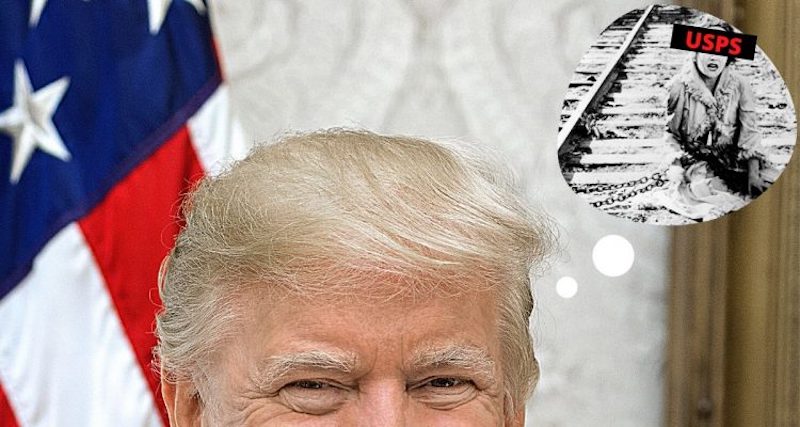 President Trump, joined by Secretary of State Mike Pompeo, addresses a meeting with senior military
leadership and national security team members on May 8, 2020, in the Cabinet Room of the White House. 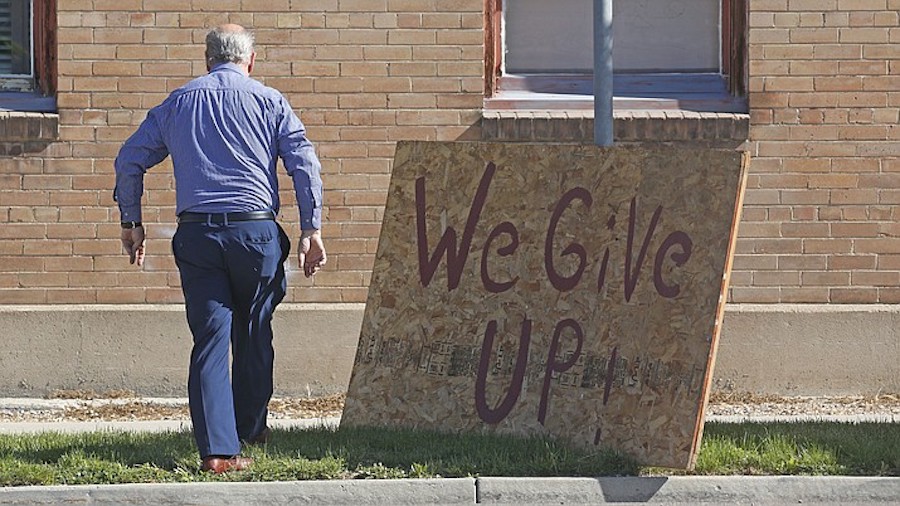 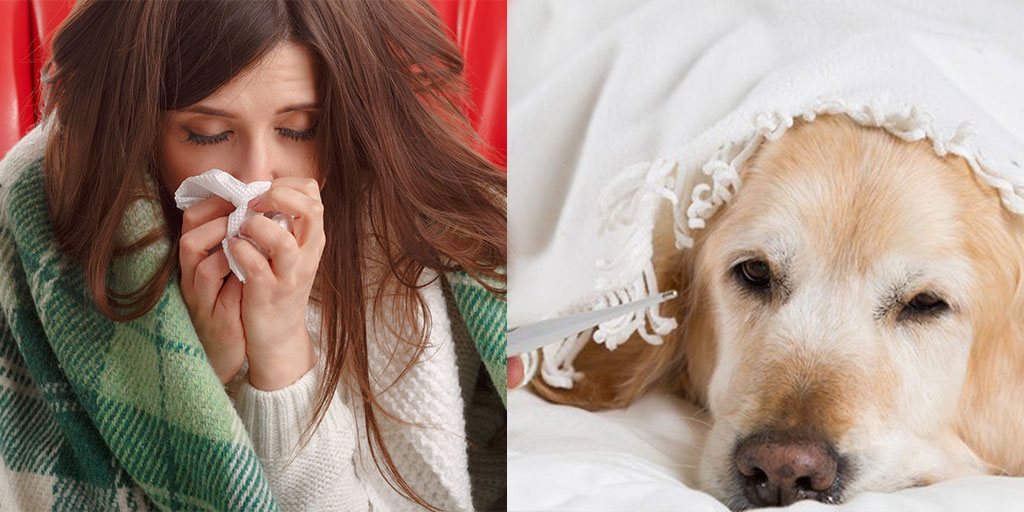 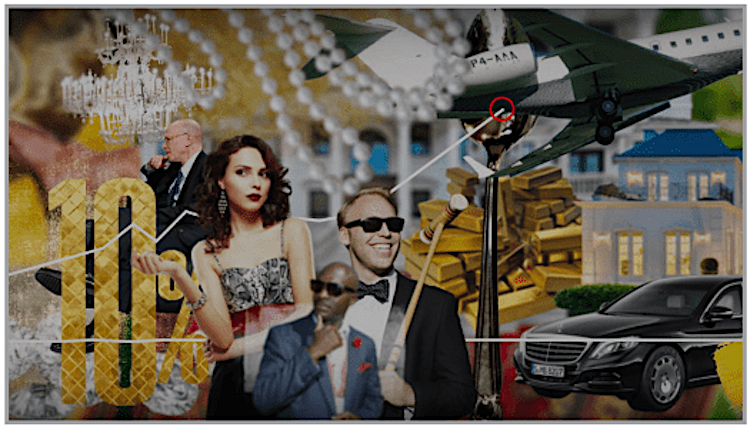 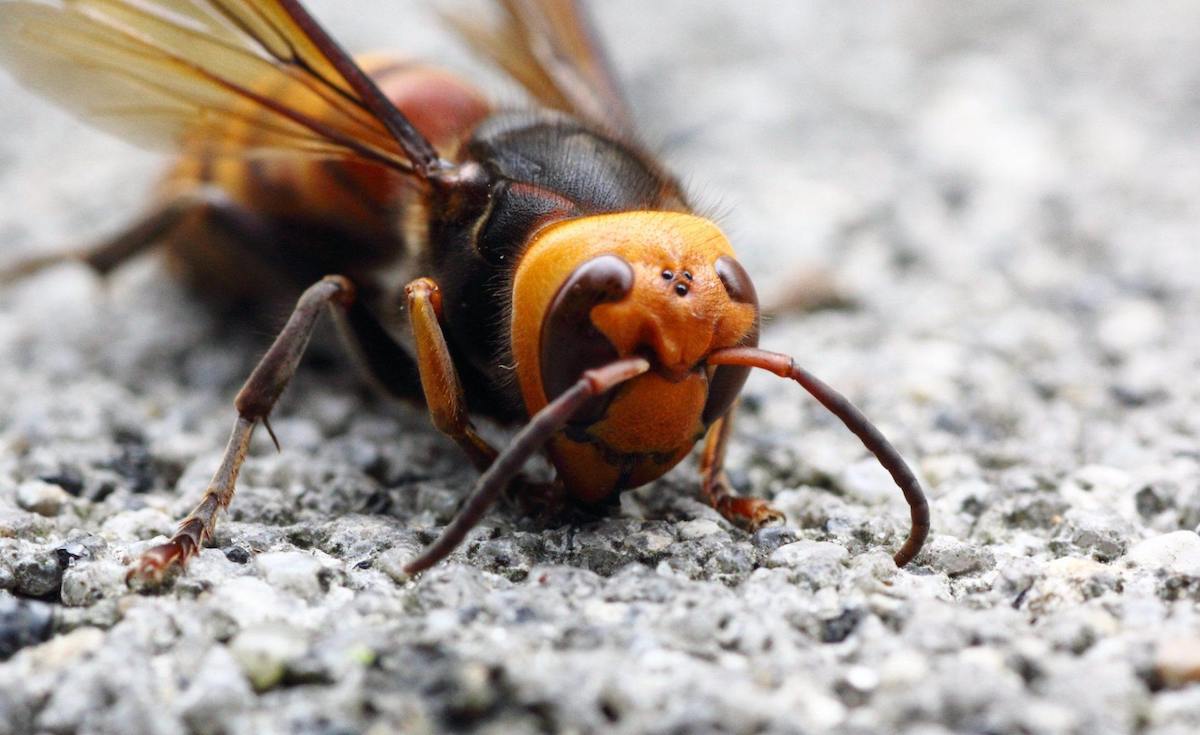 While the fear factor in the hornet story has drawn our attention to hornets and honeybees, most
people don't know a honeybee, hornet or wasp from the more than 800 species of wild bees in Canada. 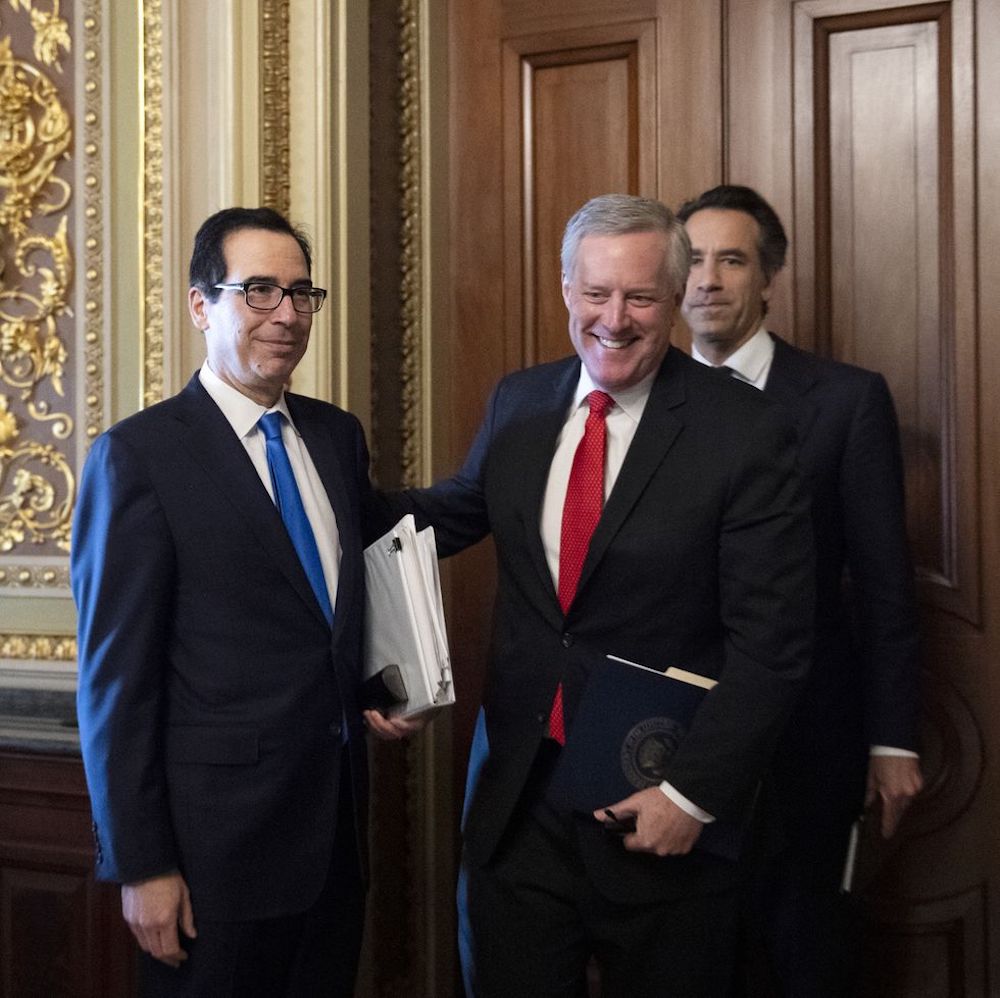 Treasury secretary Steven Mnuchin, left, and incoming white house chief of staff rep Mark Meadows,
R/NC, depart from a meeting in the capitol as negotiations continue with congressional
leadership on a financial relief package for Covid-19 on Tuesday, March 24, 2020 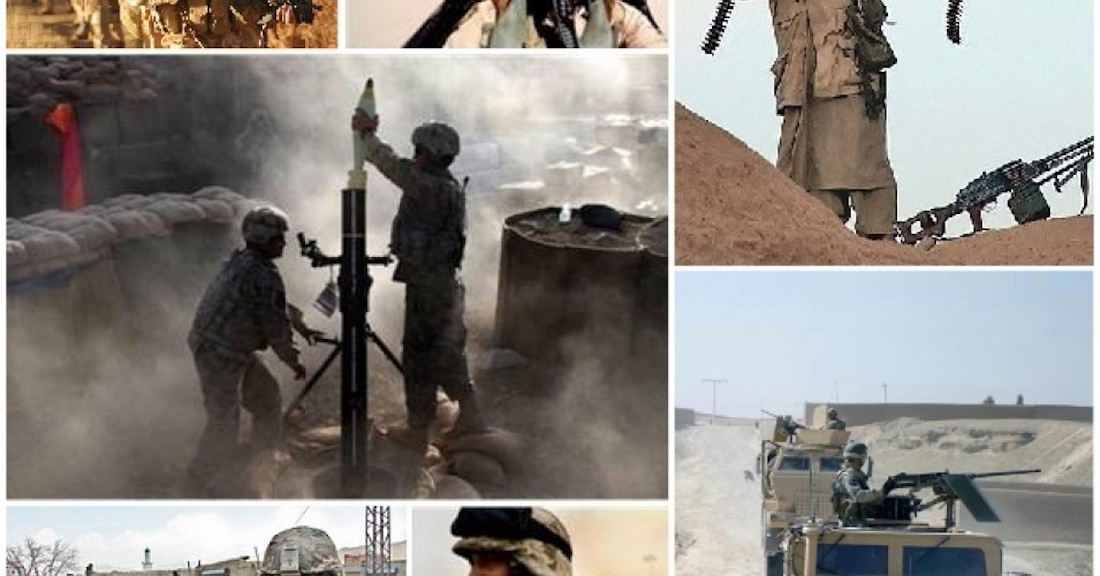 Bush first said he wanted to attack Iraq because it was close to having a nuclear weapon. This was a damned lie.
Iraq did not even have an active nuclear research program, and UN inspectors who had been on the ground there until 1998 so attested. 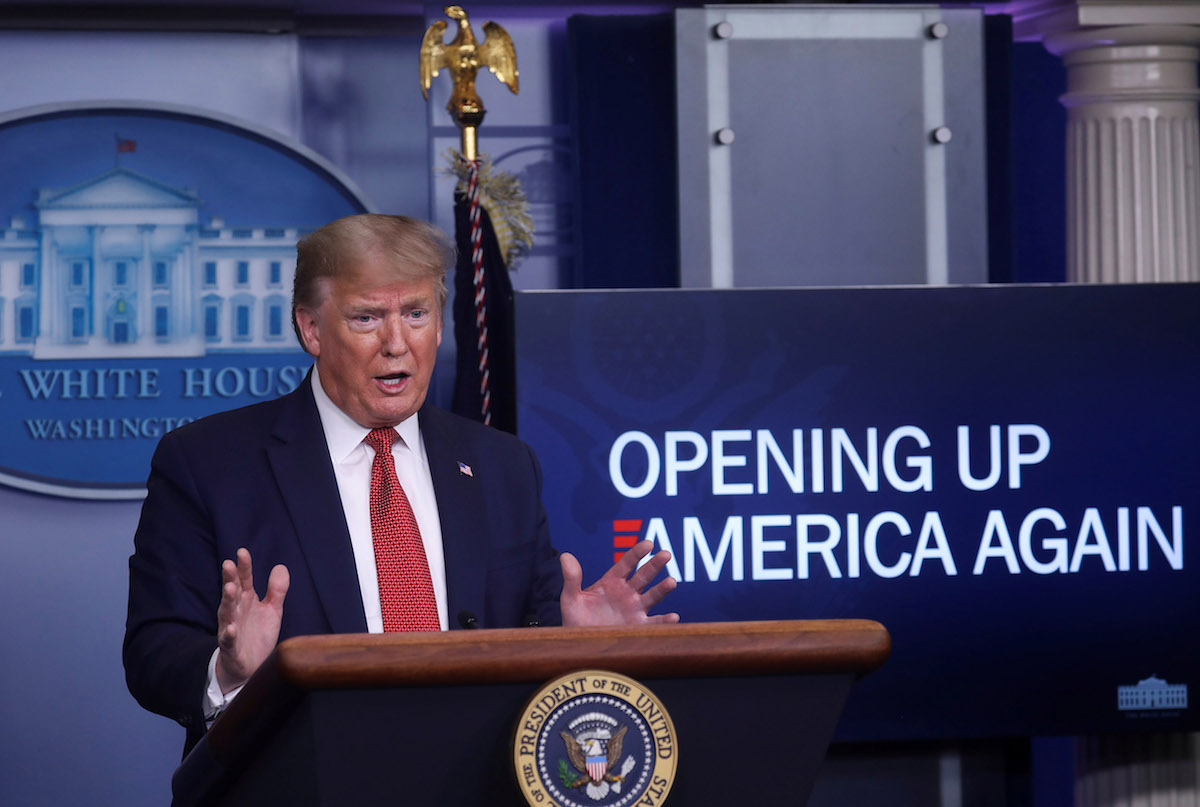 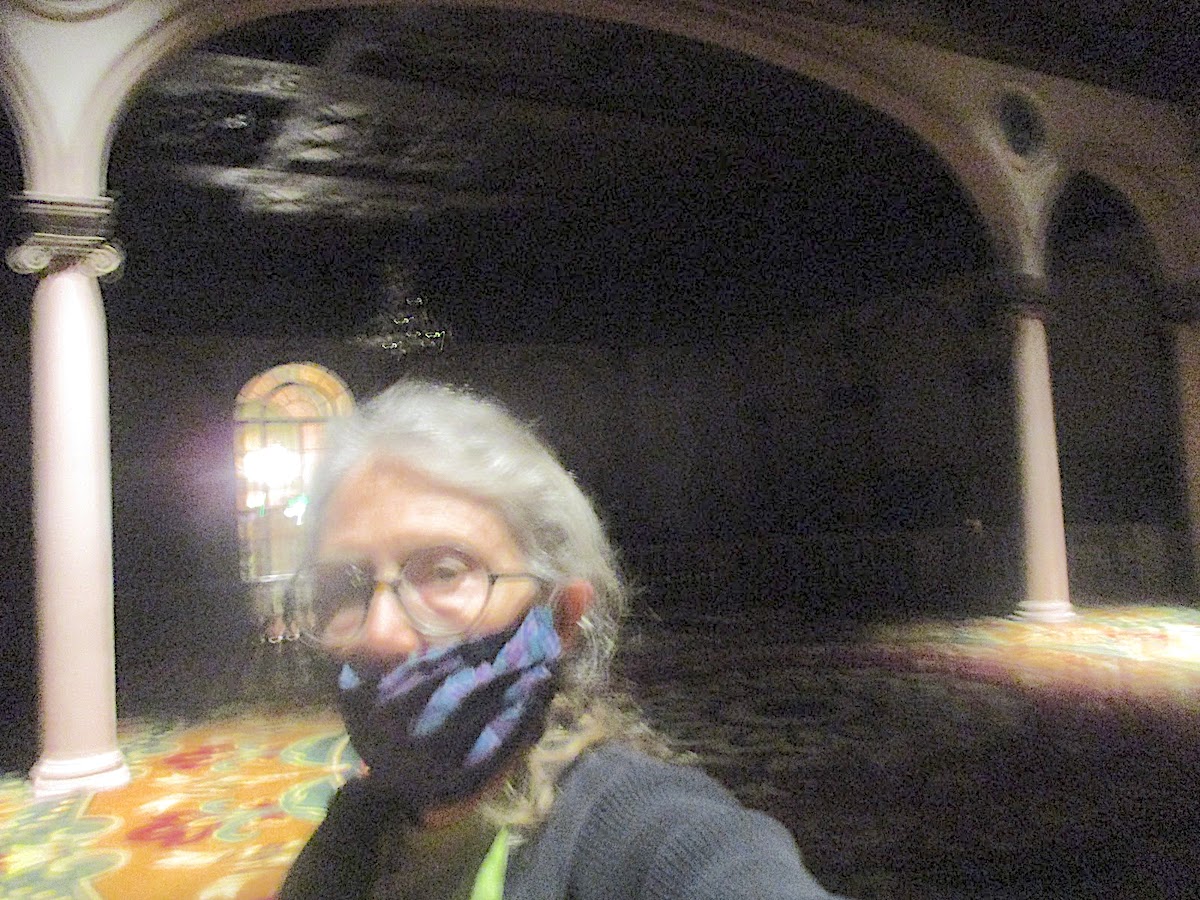 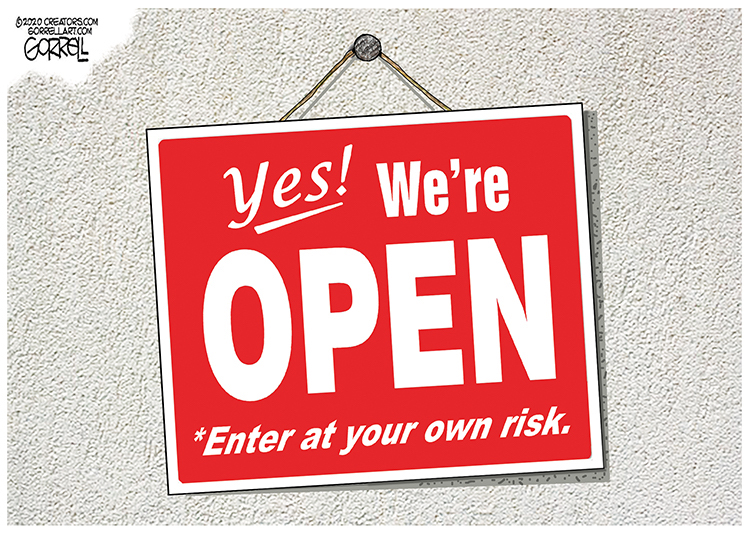 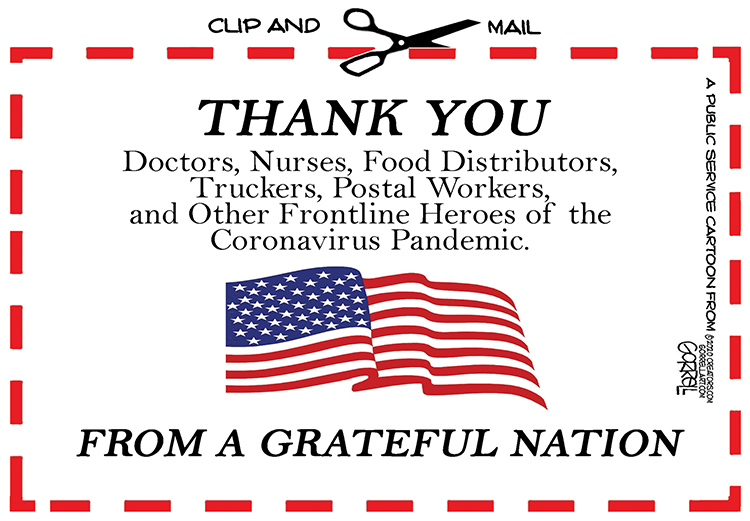 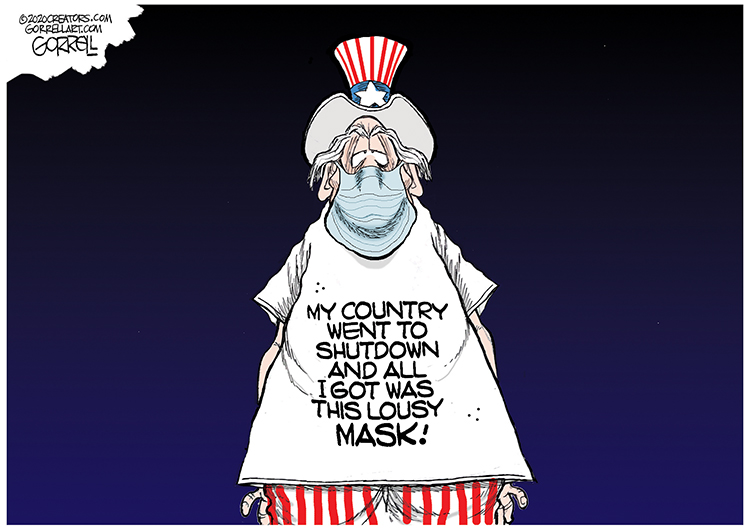 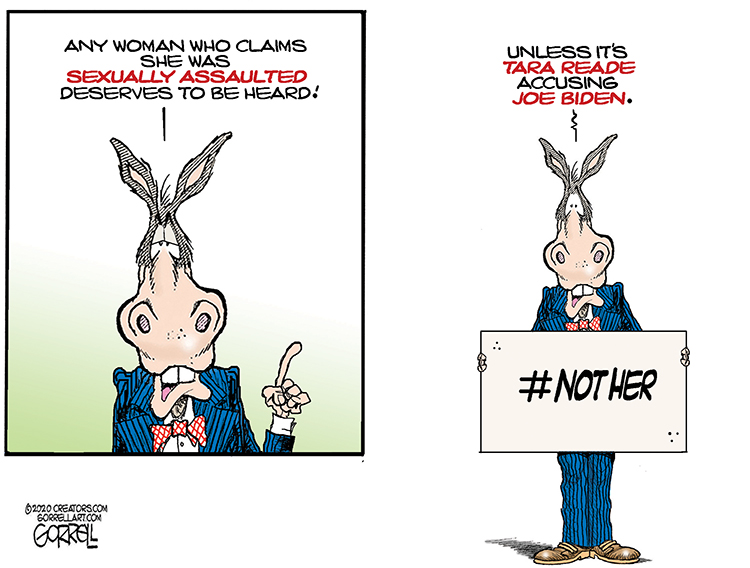