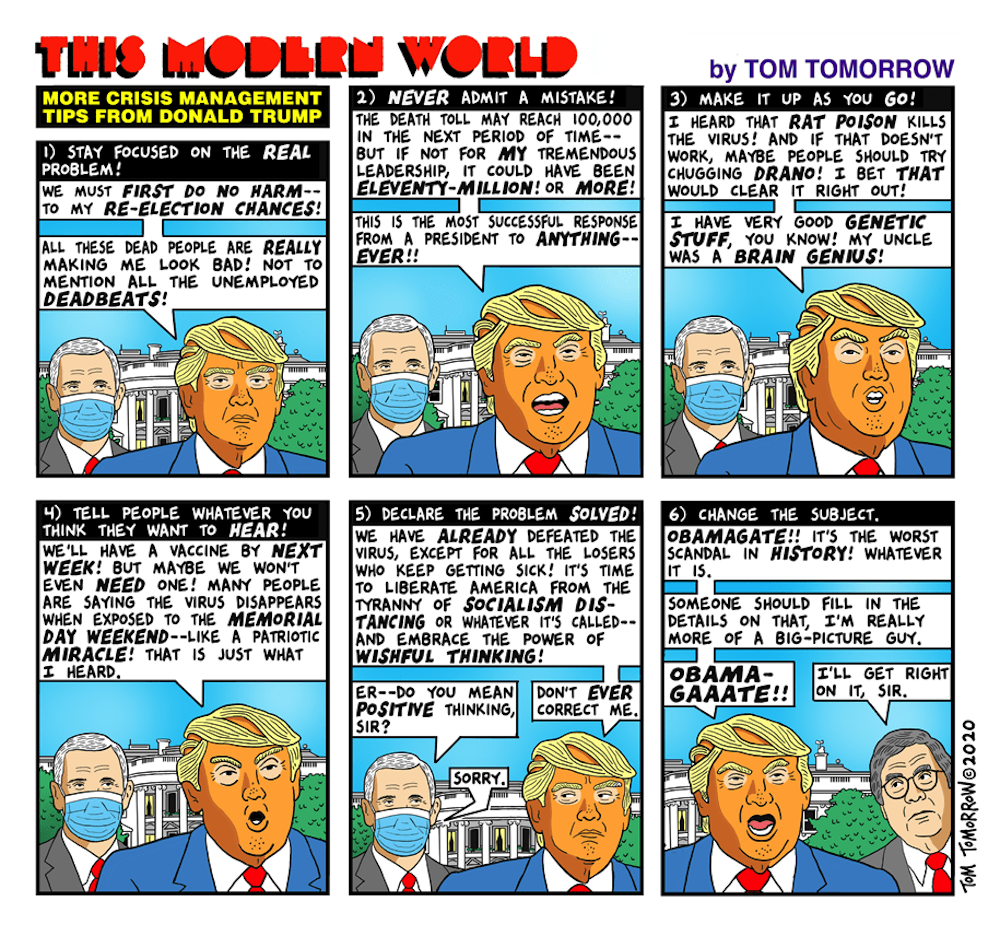 I see where recent polls contain bad news for Lying Donald and the Simian Collective, with Joe Biden leading in several "red states" that Lying Donald won the last time around!

Even in Georgia, Biden leads Lying Donald. Democrat Jon Ossoff running strong against incumbent GOP Sen. David Perdue. While Ossoff has yet to secure his party's nomination, he leads Purdue by 2 percentage points. So Georgia might be a Demoncratic win too?

"It's an extraordinary turn of events,"

said Neil Newhouse, a GOP pollster, told Vox. "This is is not the political environment we expected at the beginning of the year." Methinks I see a whole lot of rats leaving the Rethuglican sinking ship!

Meanwhile down in Florida Biden also leads Lyng Donald by 4.5% among likely voters.

Since Michigan Attorney General Dana Nessel said the state was sending out mail in voters forms for every registered voter for both the August and November elections Lying Donald called it voter fraud and said he would withhold money that the Feds owe Michigan. As the Michigan government has made much ado about it, I'm guessing that Lying Donald will lose Michigan too!

Michigan sends absentee ballot applications to 7.7 million people ahead of Primaries and the General Election. This was done illegally and without authorization by a rogue Secretary of State. I will ask to hold up funding to Michigan if they want to go down this Voter Fraud path!

As Lying Donald has said about free, open elections:

Trump: "The things they had in there were crazy. They had levels of voting, that if you ever agreed to it you'd never have a Republican elected in this country again." pic.twitter.com/x5HmX6uogo

As you know, I'm not a fan of Wall Street Joe but when compared to Lying Donald there is no comparison. Like I've said, "I'd rather vote for a toaster, a 57 Chevy, anything, or anybody, but Lying Donald!

I see where new evidence suggests that global warming is giving drug-resistant pathogens an upper hand.

The new coronavirus outbreak may have caught some public officials by surprise, but infectious disease specialists have been anticipating this worst-case scenario for decades. And they warn that the same gaps in our health care system that allowed Covid-19 to flourish could give a window for other types of pathogens to overwhelm us. I can dig it. when it rains it pours, and I'm not talking about salt!

One long-standing threat is antimicrobial resistance (AMR), or when so-called superbugs evolve abilities to evade our best germ-killing drugs, whether they be antibiotics, antifungals, antivirals, or anthelmintics (which rid bodies of parasites). An AMR outbreak has some similarities to a viral outbreak like Covid-19: There aren't many tools with which to treat drug-resistant pathogens, and they can easily jump from person to person. Both AMR outbreaks and viral outbreaks spread particularly quickly in places like nursing homes and hospitals, where there is close proximity of people with compromised immune systems. Yes, it's good news week, NOT!

Of course, AMR and viral outbreaks aren't exactly the same. Unlike the novel coronavirus, AMR superbugs can also disperse through the food and water supply or as sexually transmitted diseases, and they tend to transmit more slowly than viruses. But the severity of the threat posed by an AMR outbreak can be similar to that of a viral one.

Every year, at least 700,000 deaths are caused by drug-resistant diseases globally, according to the World Health Organization (WHO), which predicts that number could jump to 10 million deaths annually by 2050. Better and better or, if you prefer, worse and worse!

"What we're watching happen with Covid-19 is not new to us in the AMR arena," says Dawn Siebert, the senior science adviser for antibiotic resistance at the Centers for Disease Control and Prevention (CDC).

There are a number of reasons why AMR is on the rise: Antibiotics are overprescribed by doctors but are also ubiquitous in factory farming and even in some pesticides. A growing body of research suggests another reason: That global warming, rather than being a separate existential hazard to AMR, is intertwined, with AMR thriving as temperatures rise and resulting desertification is clustering humans and wildlife closer together.

With a 10 degree Celsius increase in temperature, all three pathogens increased antibiotic resistance, each less than 5%. This suggests that forecasts of AMR fatalities - those 10 million dead per year in just three decades - could be remarkable underestimates.

Way back in the mid 1990'S, when global warming first began to get serious discussion, all of the coming disasters were predicted to happen after the turn of the next century. A lot of these have all ready been happening, for the most part, in the last 20 years, with much worse things soon to come! So, if the WHO predicts 10 million anual deaths by 2050, I'd be thinking 2030! And if Lying Donald gets reelected, my guess would be 2023!

Have you heard about Roger Marshall a Rethuglican from Kansas who is pushing the House Rethuglican health care plan? A plan that will strip health care from about 20% of current policy holders. Can you guess who that will be? If you said, the poor, the elderly and the sick you're right!

"I don't believe Medicaid has helped people. Just like Jesus said, 'The poor will always be with us,'" says Rep. Marshall. Marshall went on saying, "The poor just don't want health care." Oh, and did I mention that Roger is a doctor? I'm not sure, but I believe that Roger graduated from the Doctor Mengele school of Medicine, down in Argentina?

So Roger, as 'enemy of the people', wins this week's Vidkun Quisling Award! 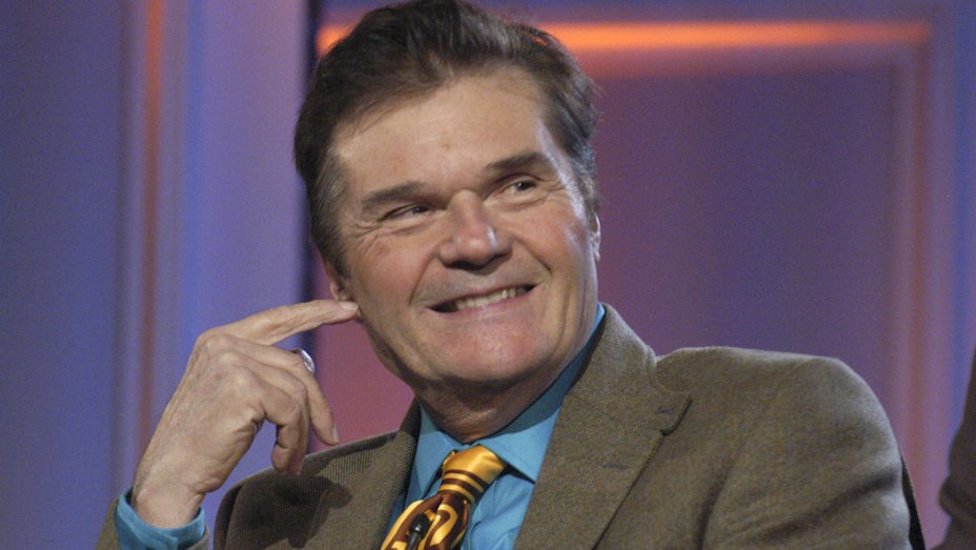 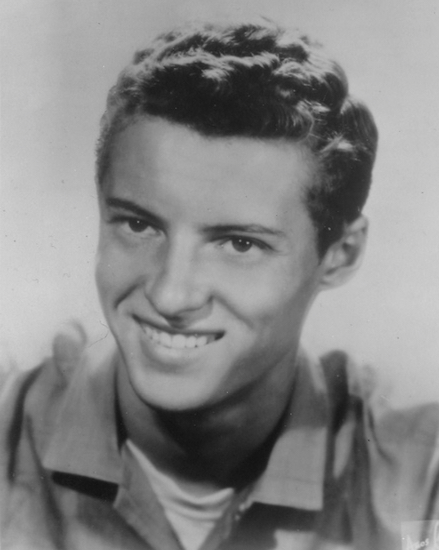 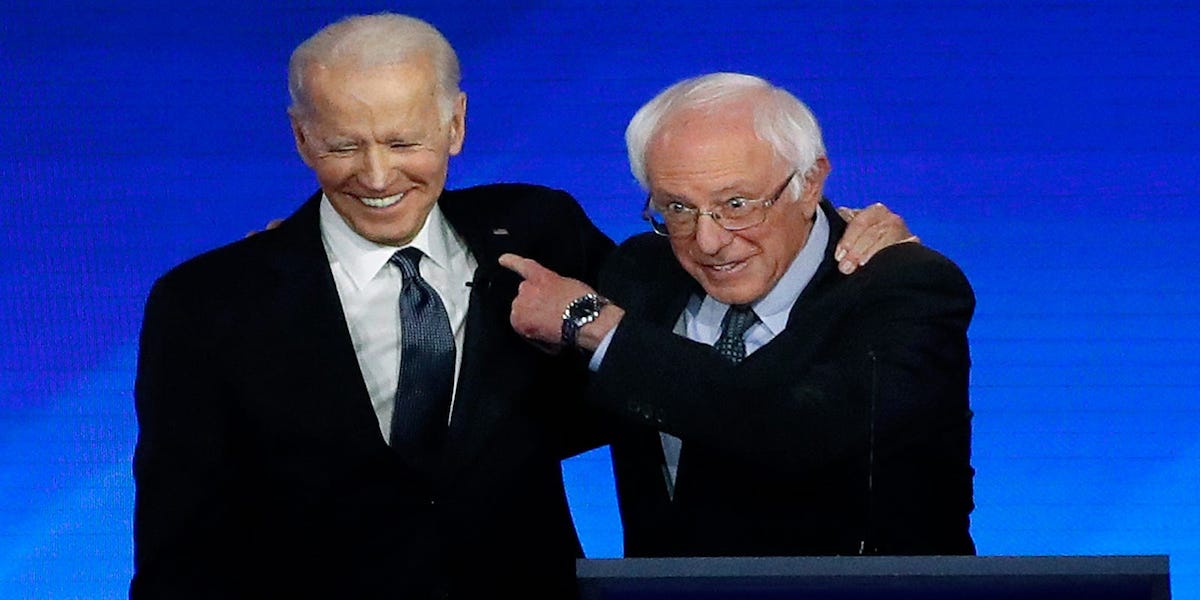 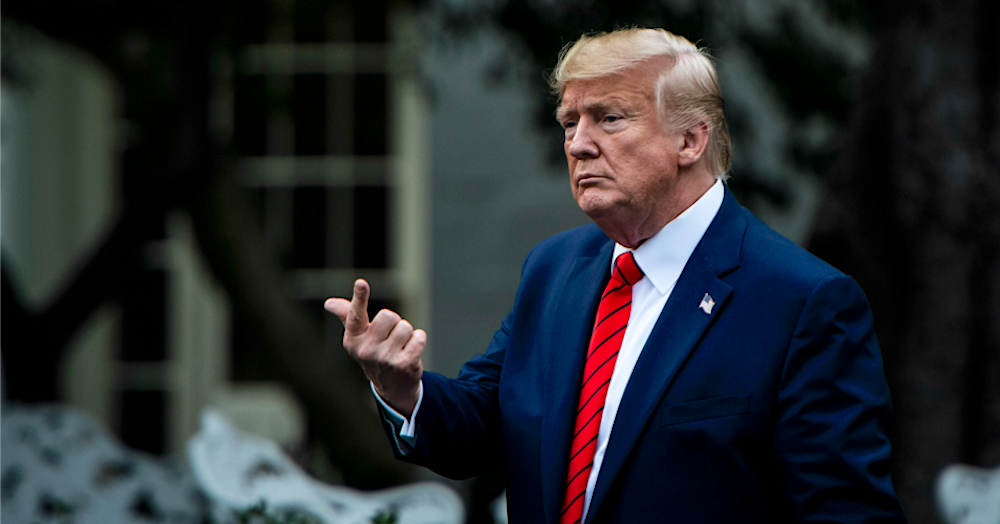 President Donald Trump walks to the Oval Office after attending a ceremony at the
South Portico of the White House on Thursday, September 26, 2019 in Washington, D.C. 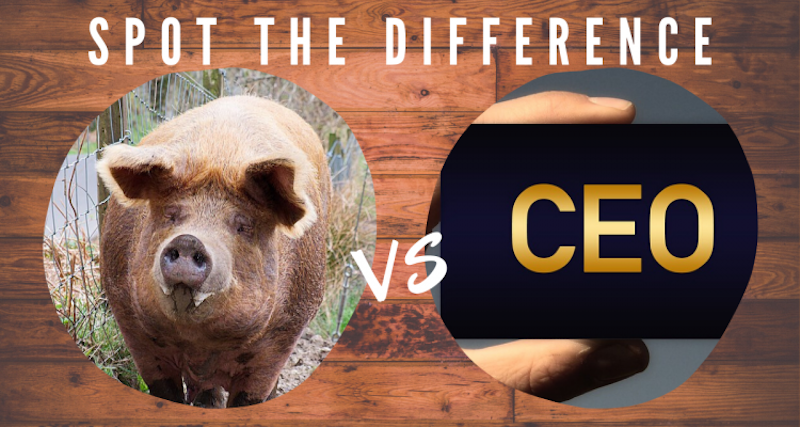 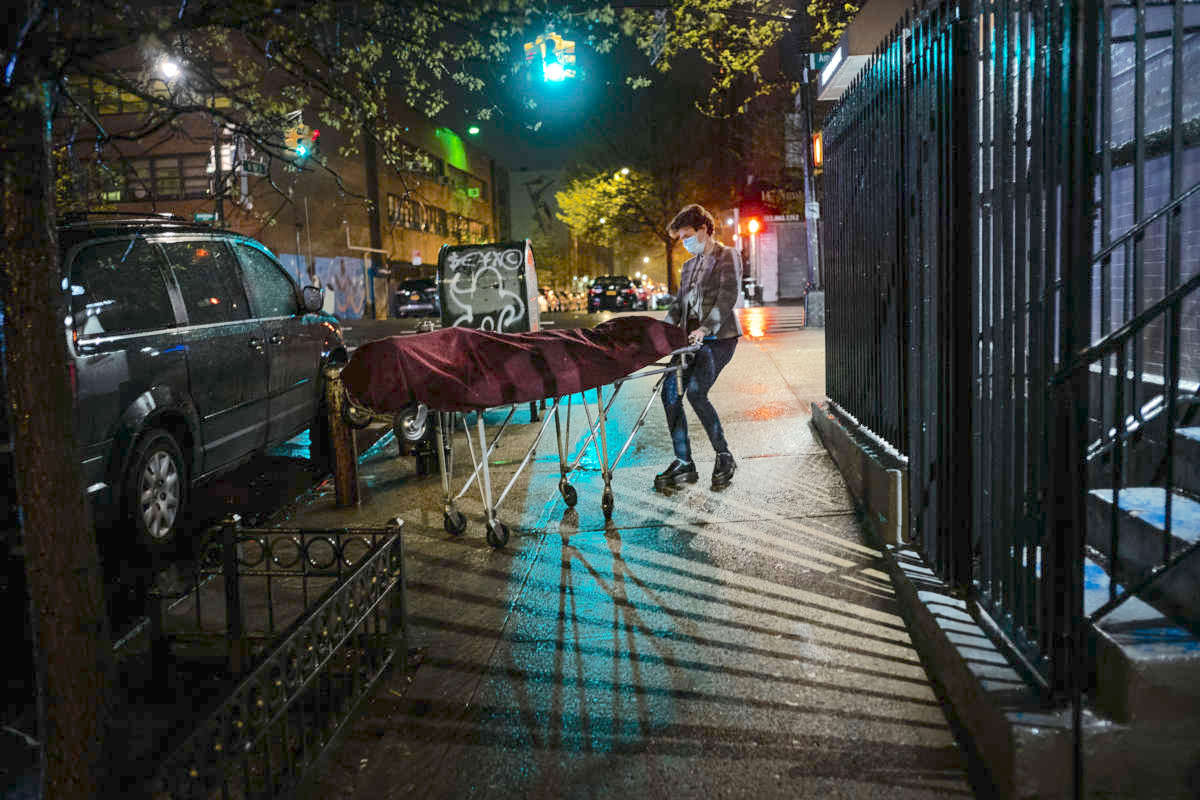 A funeral home director wheels a body out of a new york brownstone lit by streetlights
Lily Sage Weinrieb transfers remains to her funeral home in Harlem on April 30, 2020, in NYC. 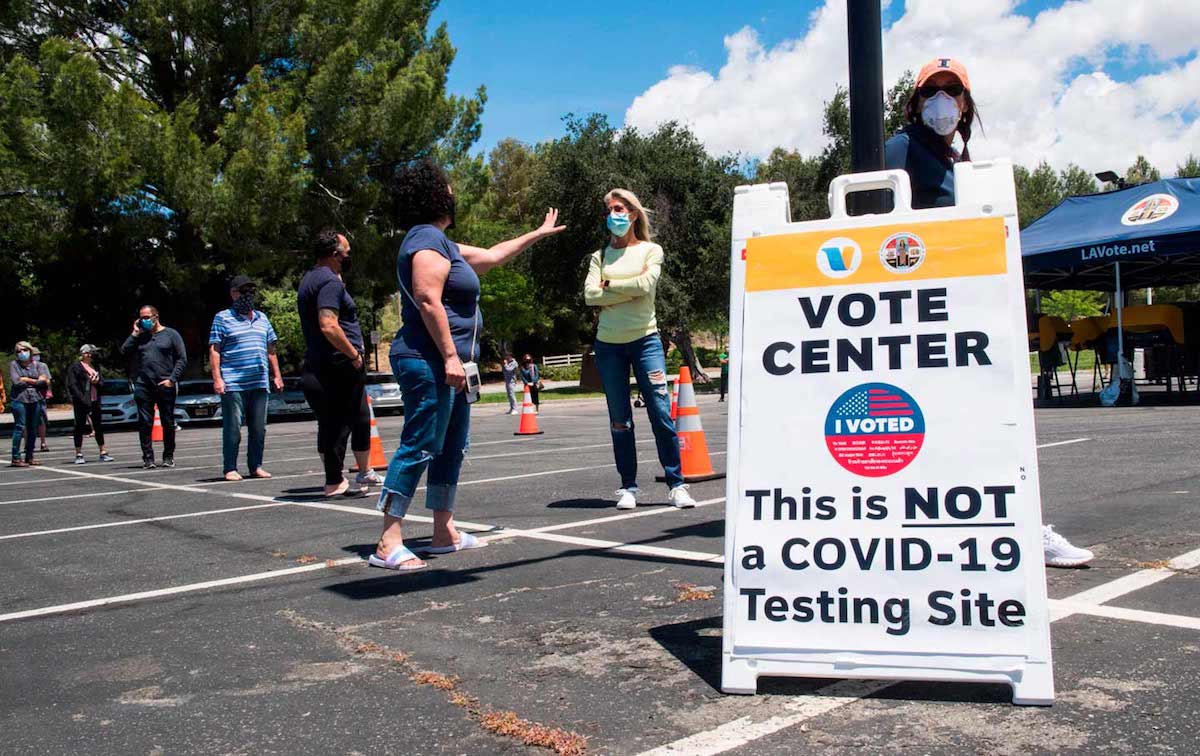 Californians wait to cast their ballots. 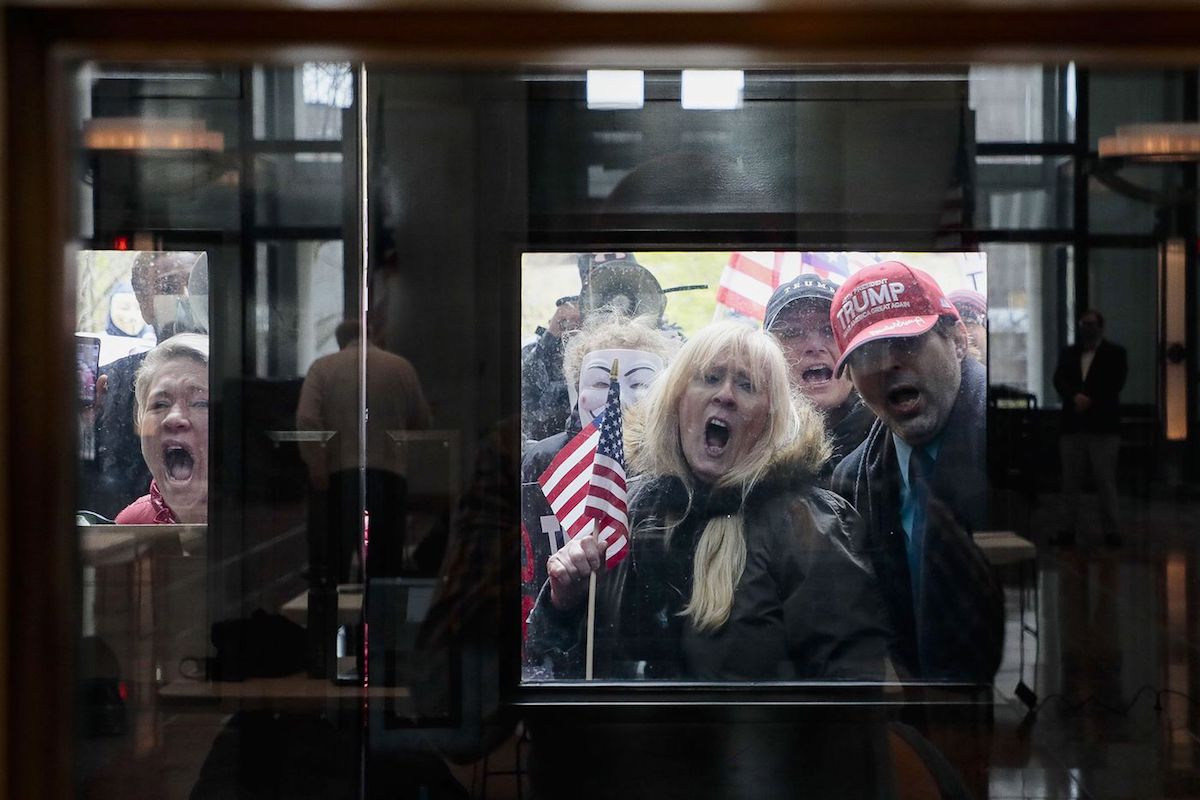 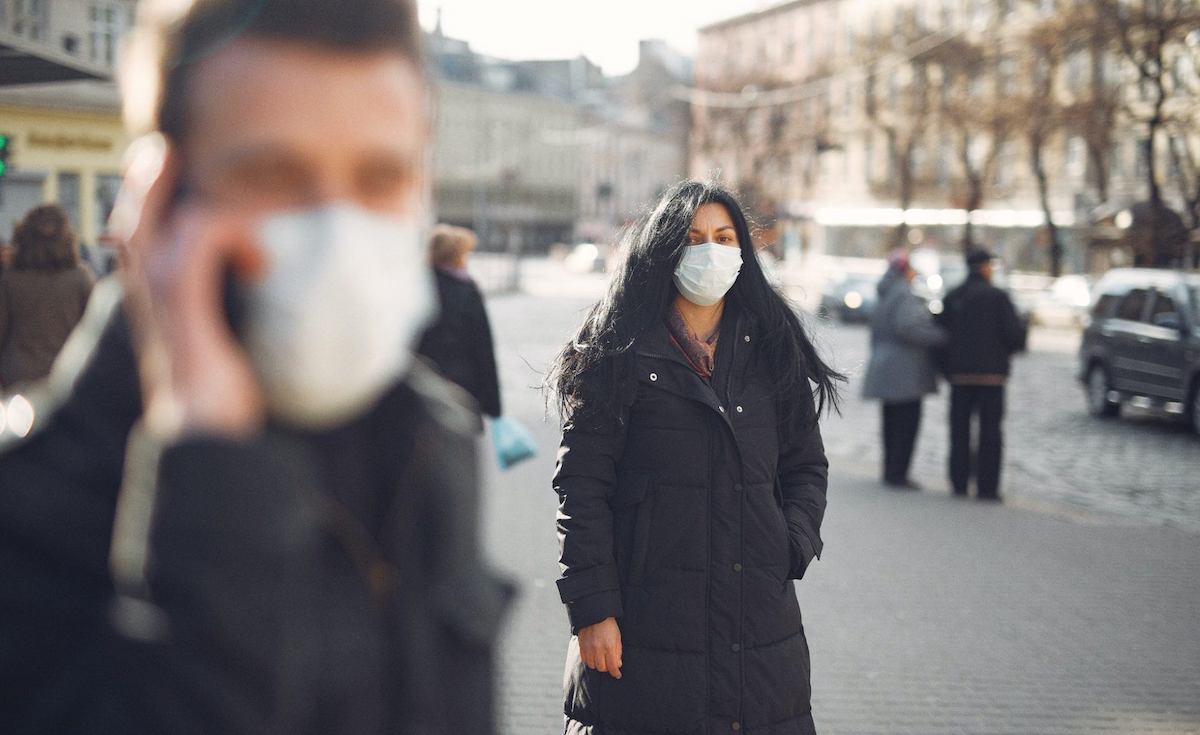 We have a lot to learn still, but COVID-19 can teach us ways to address a crisis with many unknowns,
whether it's a disease pandemic, a rapidly heating planet or accelerating biodiversity loss. 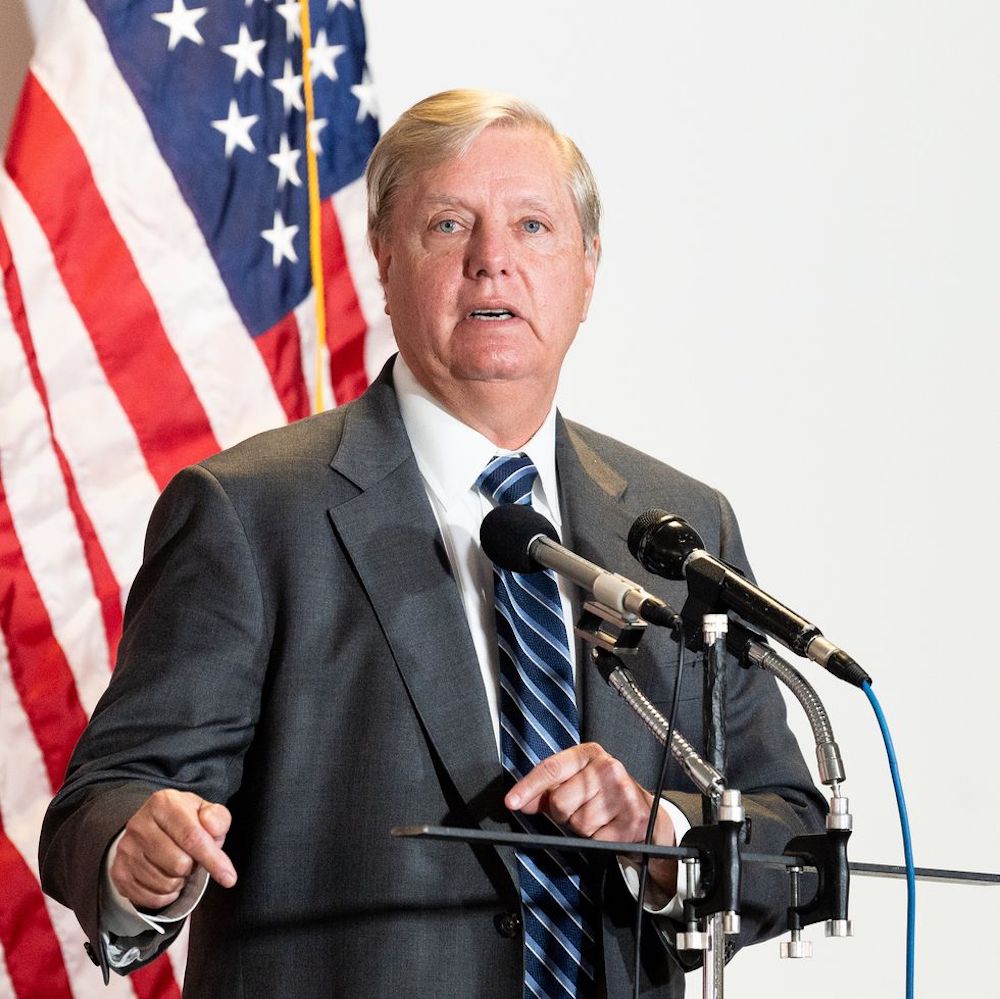 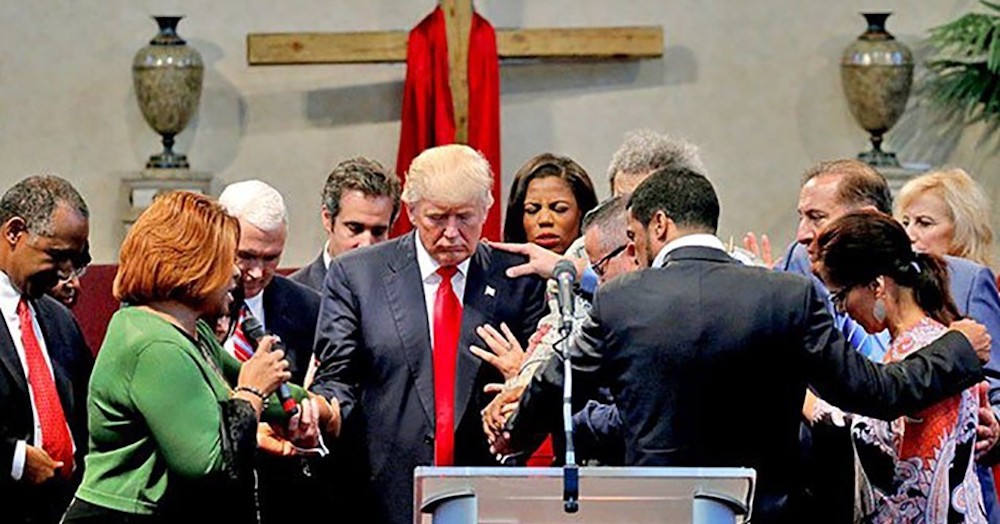 In the U.S., a variety of evangelical religious leaders have failed the test of reasoned public policy in outrageous ways. 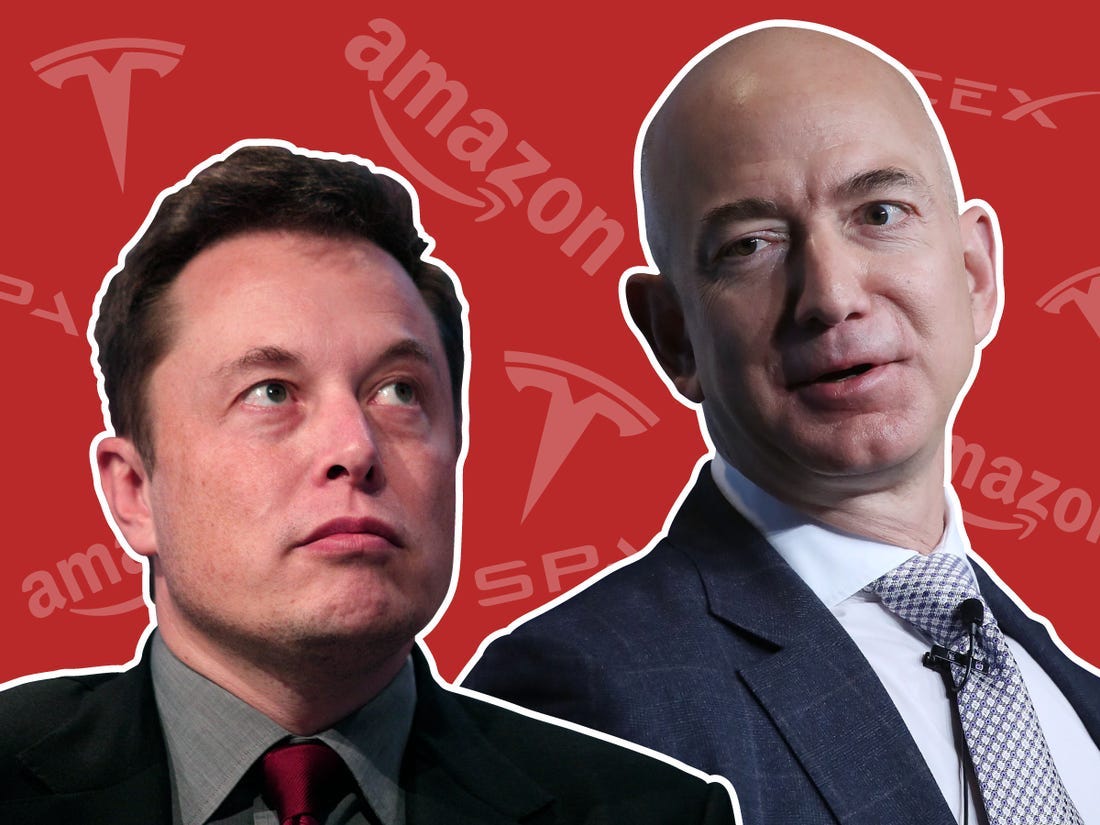 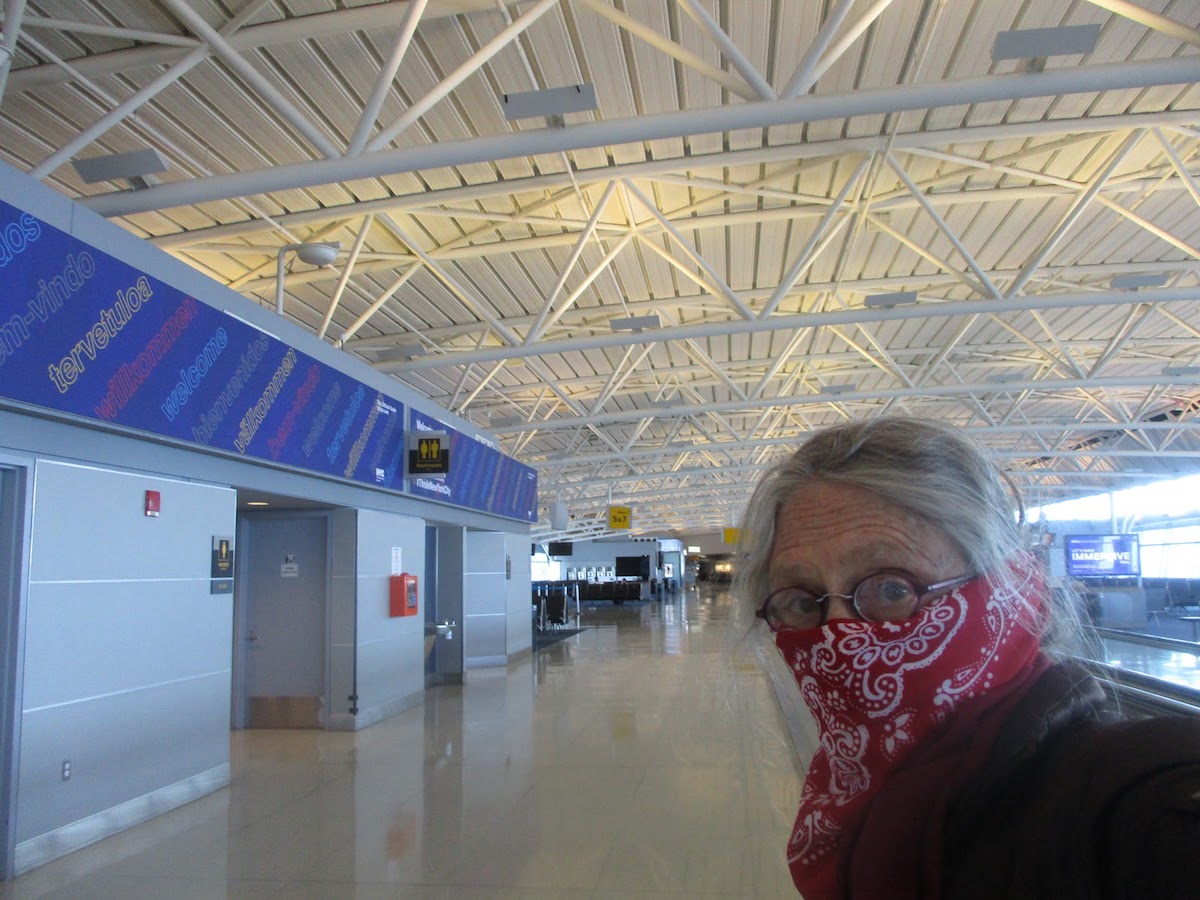 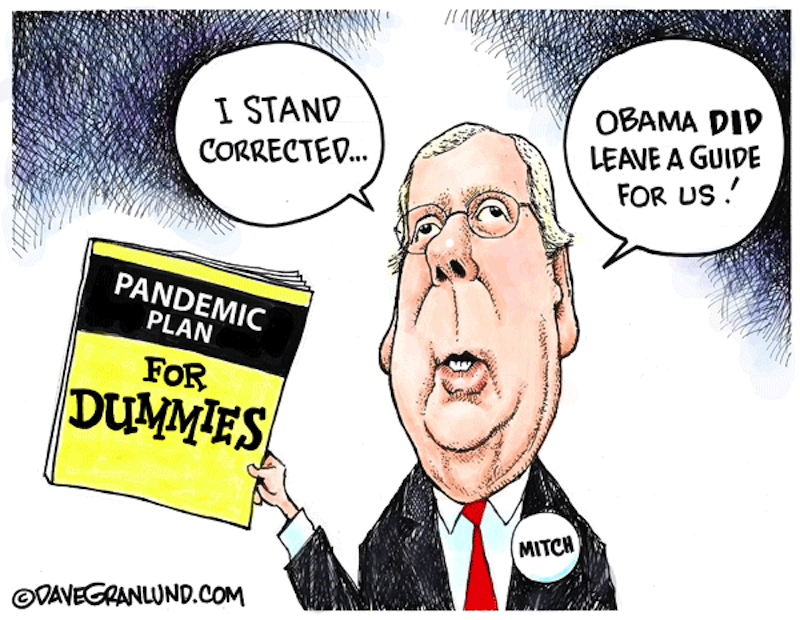 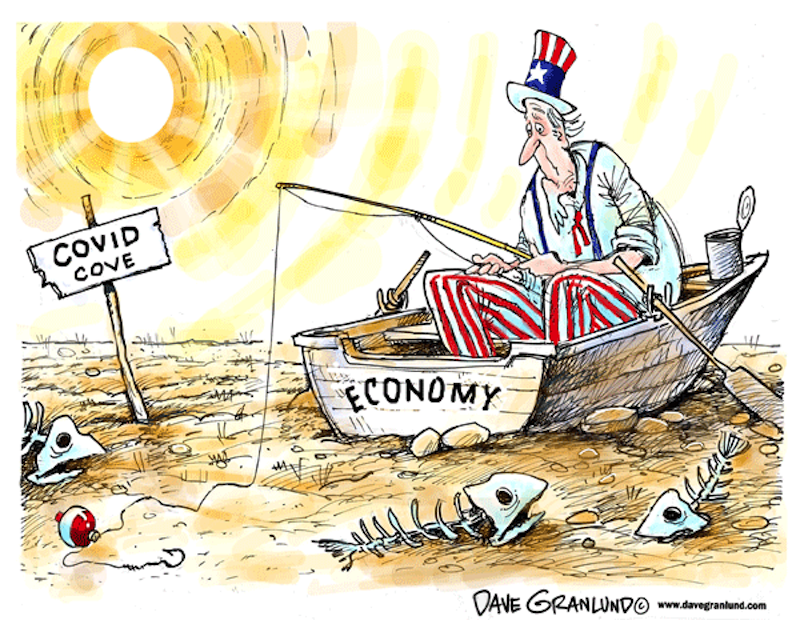 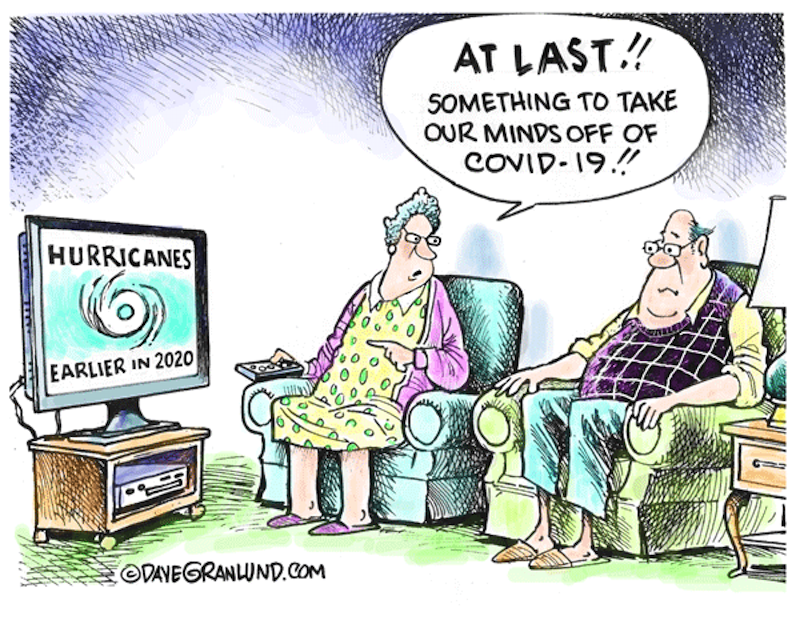 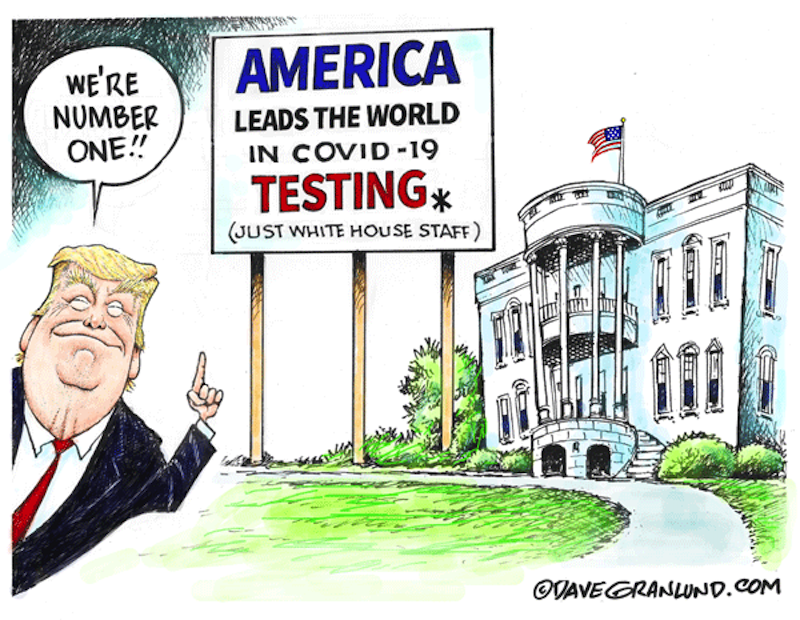 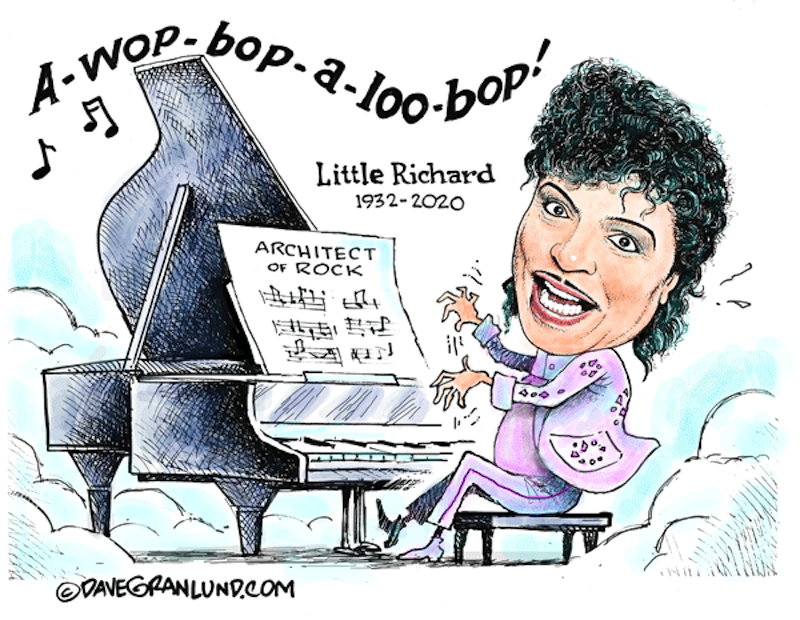 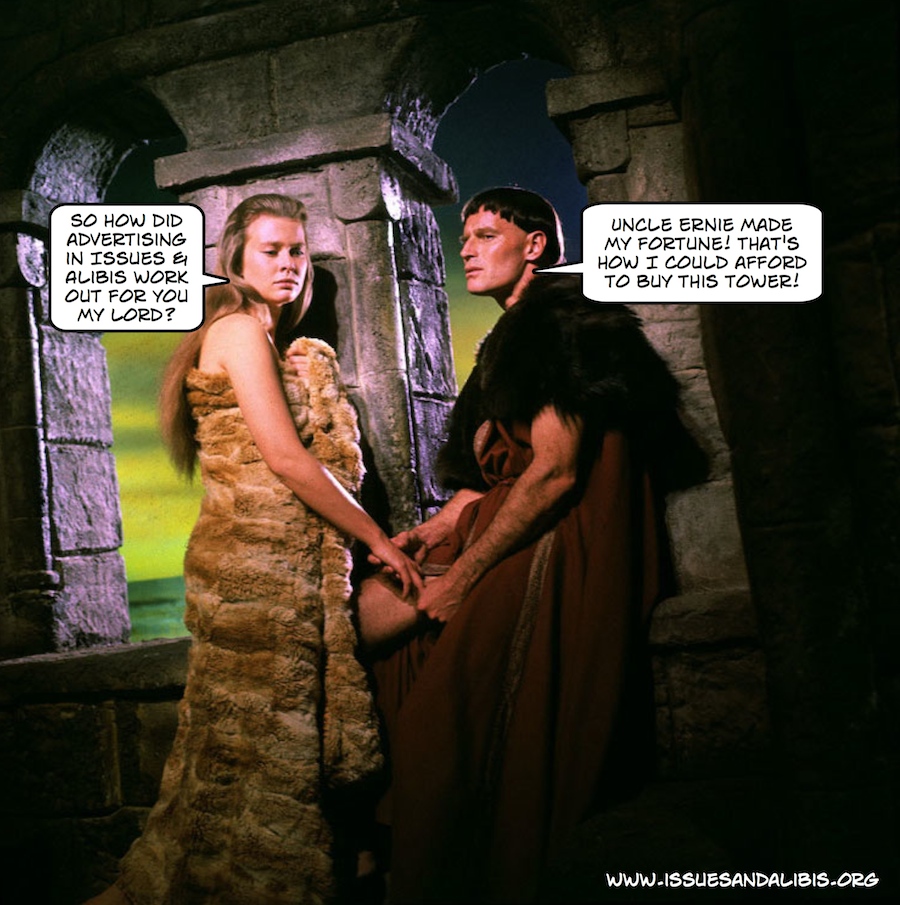