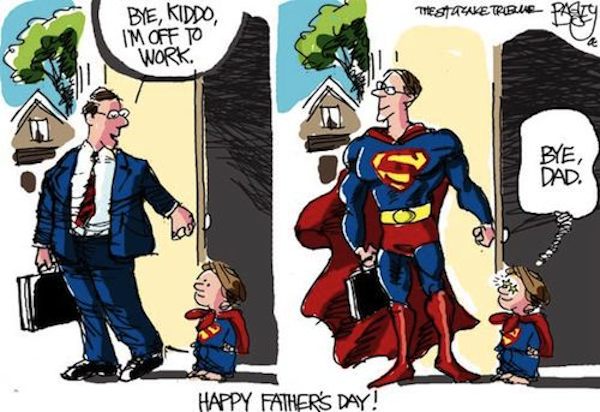 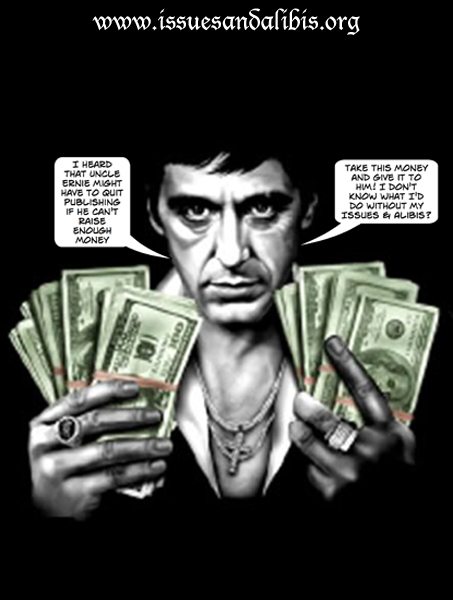 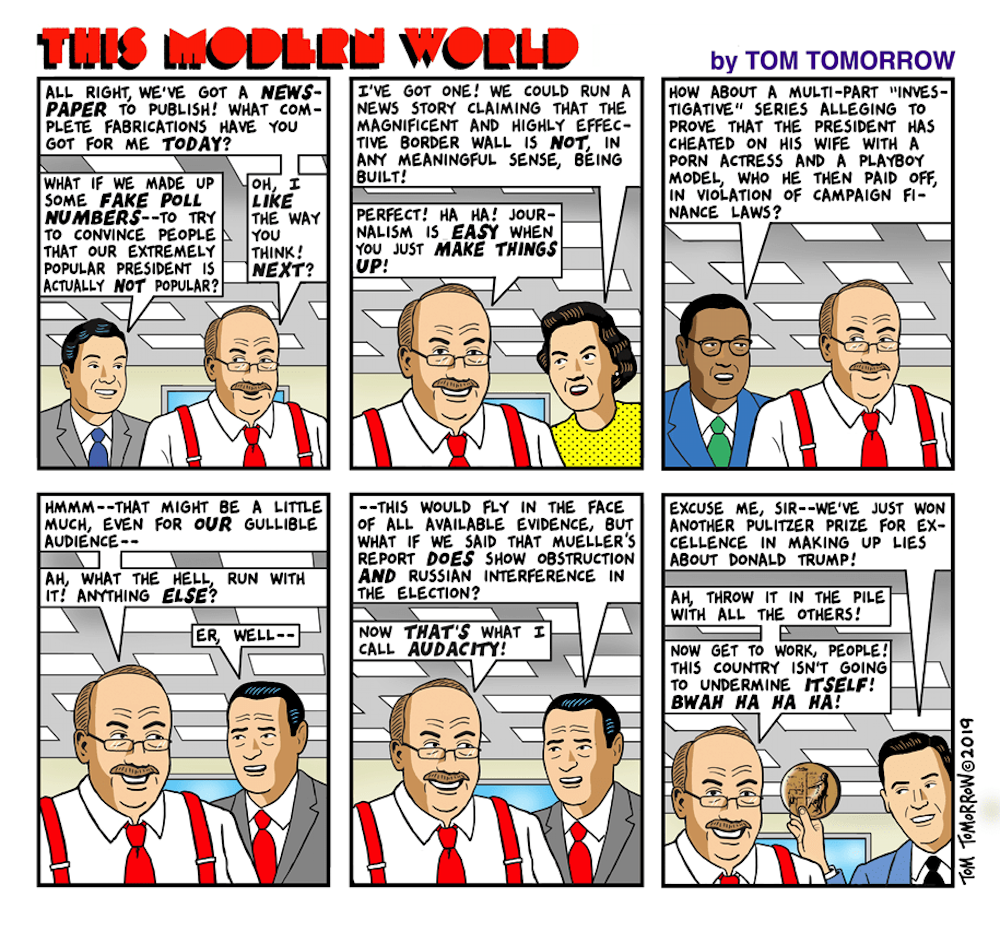 I'm having a deja vu all over again, are you? The baby cagers of Lying Donalds administration hit upon a new idea on where to store the kidnapped children of migrants and it's in an old "Happy Camp" at Fort Sill, Oklahoma.

Fort Sill was one of many concentrations camps where innocent American citizens of German and Japanese ancestry were interned during and after WWII. Some not being freed till 1948. Did I mention that these Americans were innocent and were never charged with any crime, and not only were imprisoned, but most lost their homes and business too. Some died in the camps!

Lying Donald plans on sending some 1400 children to Fort Sill.. California's Democratic Gov. Gavin Newsom tweeted: "This is sick. We will look back at this moment in time and ask ourselves what we did to put a stop to these horrific, inhumane policies. Speak up. Speak out. Be on the right side of history."

As Time reported, "The Trump administration has detained more than 40,000 children this year alone.

That's a 57 percent increase from last year, which is a rate on-pace to surpass the record figures in 2016, when 59,171 minors were taken into custody."

Is it just me, or can someone explain how this is making "America Great Again" by putting children in concentration camps, because I don't see it? At least, FDR left entire families together in his camps.

In an effort to improve climate change predictions, Thomas Bury of the Universities of Waterloo and Guelph, Canada, and colleagues developed a mathematical model that captures key features of social and climate systems, while also incorporating how climate change and mitigation efforts impact human behavior. The researchers then used the model to investigate how human behavior might influence climate change dynamics.

Their analysis suggests that the rate at which people learn about climate mitigation strategies via social interactions, such as hearing that a friend bought a hybrid car, strongly influences climate outcomes. Social learning takes time, so plausible values of this rate alone could raise warming predictions by over 1 degree Celsius.

The researchers also ran the model with different parameters to explore how mitigation efforts could be optimized. "Our socio-climate model indicates that an increase in social media and other campaigns to raise awareness, such as climate marches and international reports, should ideally be followed by governmental and other incentives to reduce carbon emissions," Bury says.

Senior author, Madhur Anand states that "There are pathways for humans to mitigate climate change, but processes driving behavior and norms at the individual and societal level will be essential to all of them, and our longstanding work on coupled human-environment systems applied here to climate change is providing direction in this regard."

In other words, the more we're hip to global warming the better off we're going to be in the long run, and the quicker we're going to be able to fix the problem. We've got to make it clear to the world that global warming is the toughtest problem that we've ever faced, because if we don't solve it, it will be to us as that comet was to the dinosaurs, except worse. There are a few billions dinosaurs left, we call them birds, when the temps rise another 4 or 5 degrees, we'll be gone like the wind, all of us!

The question is, has Lying Donald committed high crimes and misdemeanors, the answer is, of course, Hell Yes! So why hasn't he been impeached? Impeachment is a power of the House and it's fearless leader Nancy Pelosi. You may recall that Nancy like every member of the House and Senate swore an oath of allegiance to the US Constitution. The oath states:

"I do solemnly swear (or affirm) that I will support and defend the Constitution of the United States against all enemies, foreign and domestic; that I will bear true faith and allegiance to the same; that I take this obligation freely, without any mental reservation or purpose of evasion; and that I will well and faithfully discharge the duties of the office on which I am about to enter: So help me God."

Ergo, the questions arises as why isn't Nancy doing this? It is her duty to do so, whether or not the Senate confirms it. To not do so looks to me like she's protecting Lying Donald from the law, and giving the impression that Lying Donald can commit any act of treason that he cares to do, and nothing will be done, i.e., Lying Donald is above the law! Thanks Nancy.

Nancy says she doing this for political reasons, his impeachment might not play well with the voters. I've got news for you Nancy, if you don't move to impeach you will lose a vast majority of the voters and give Lying Donald the election again. I wonder if that's the real reason Nancy won't allow the house to vote for impeachment? I don't know if Nancy should be impeached, but I do know that she wins this week's Vidkun Quisling Award!

It looks like our June 21st edition will be our last full magazine. With half a magazine we will continue on until the 2020 election, providing Lying Donald hasn't killed all of us by then. Not only haven't we been able to pay the last of last years bill, but a new bill comes due on June 24th.

You will notice some of your favorite authors will be missing as we have to pay their publishing rights in order to publish them. You'll have to look them up yourselves and may have to pay to read them on their sites. The same goes for some cartoonists.

We'll still keep fighting the good fight like we always have as we're in it to the end. If you think that what we do is important and would like to see us keep on, keeping on, please send us whatever you can, whenever you can, and we'll keep telling you the truth! 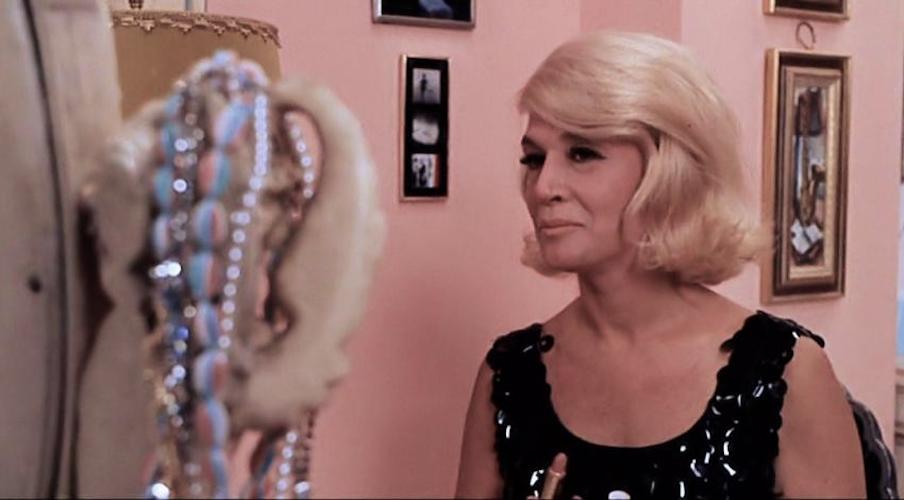 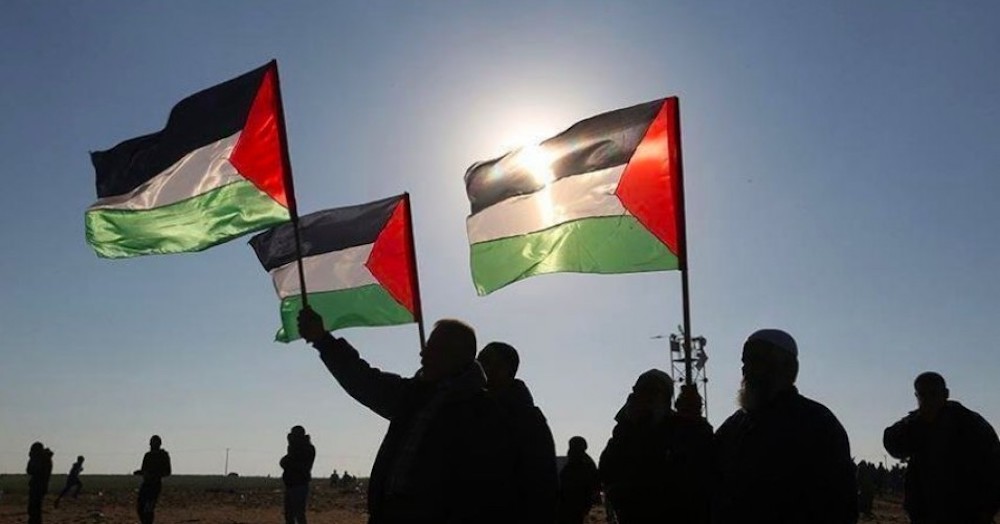 Palestinians march in the ongoing Great March of Return in Gaza. 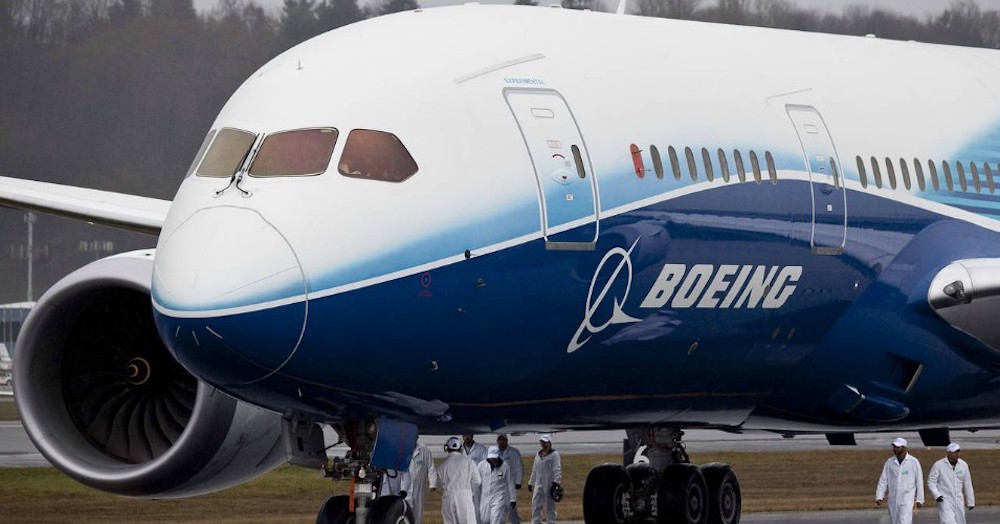 "The FAA has a clearly established pro-Boeing bias and will likely allow Boeing to unground the 737 MAX," writes Ralph Nader. 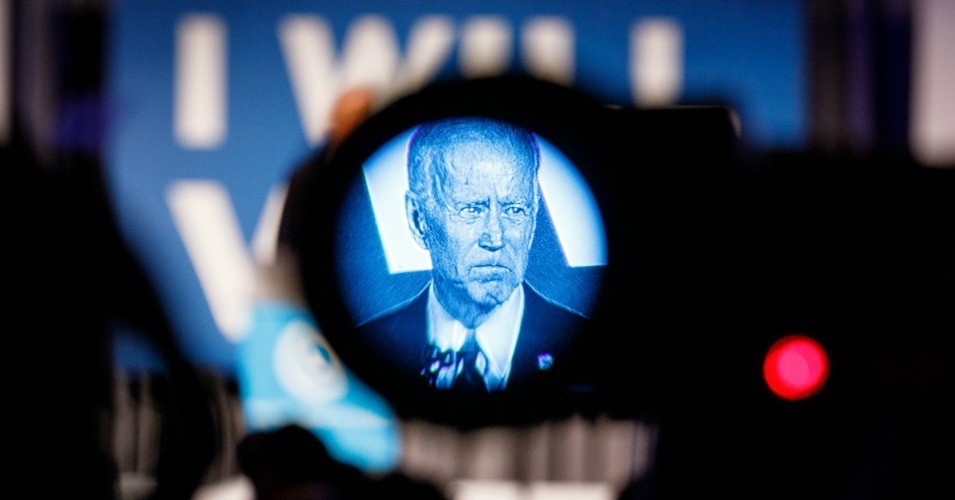 Former vice president and 2020 Democratic presidential candidate Joe Biden speaks to a crowd at a
Democratic National Committee event at Flourish in Atlanta on June 6, 2019 in Atlanta, Georgia. 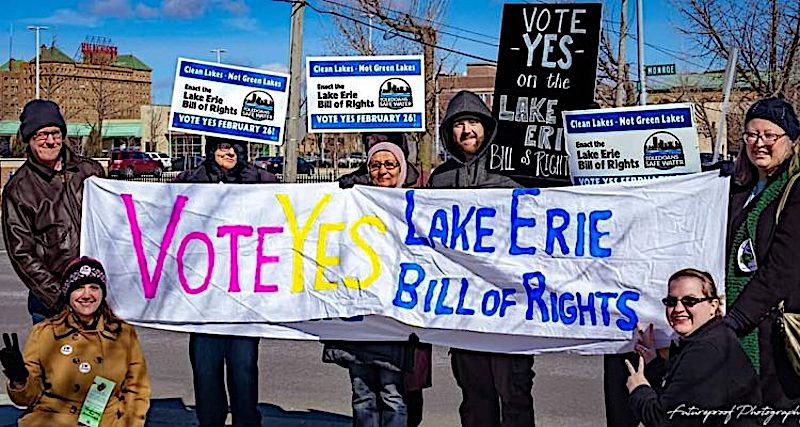 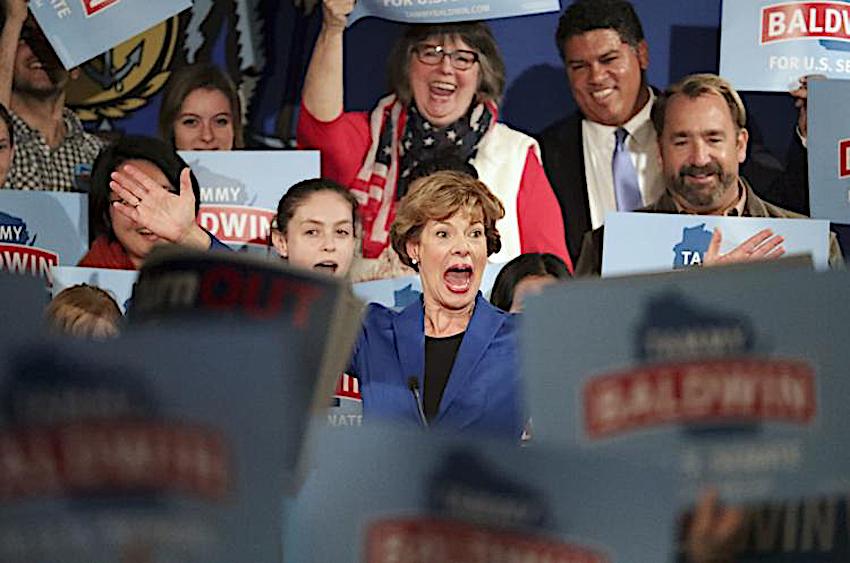 Wisconsin Senator Tammy Baldwin celebrates her 2018 win with an election night party Nov. 6, 2018, at
Monona Terrace. Baldwin is right to remind us that "votes for women" represented "a major step forward as a nation" 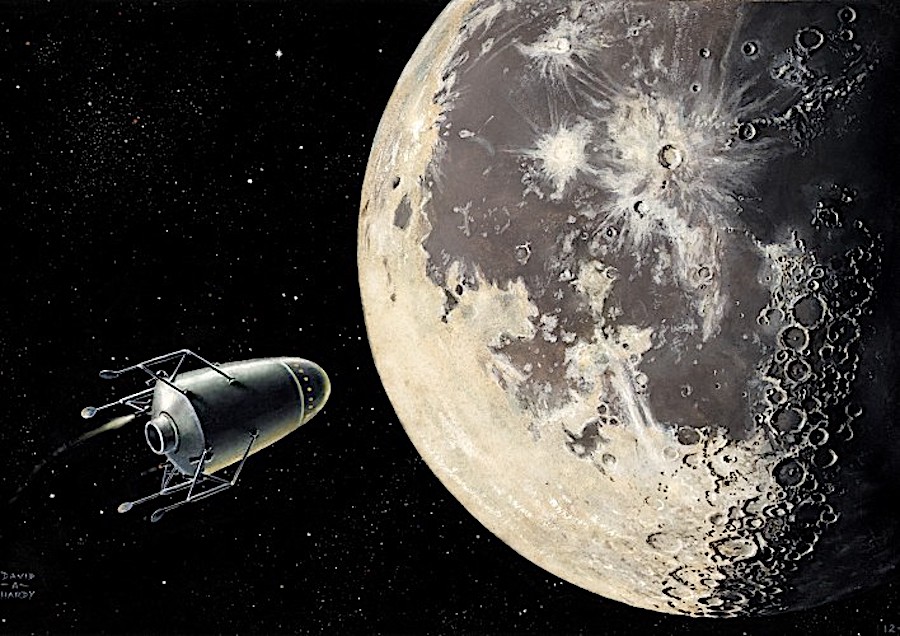 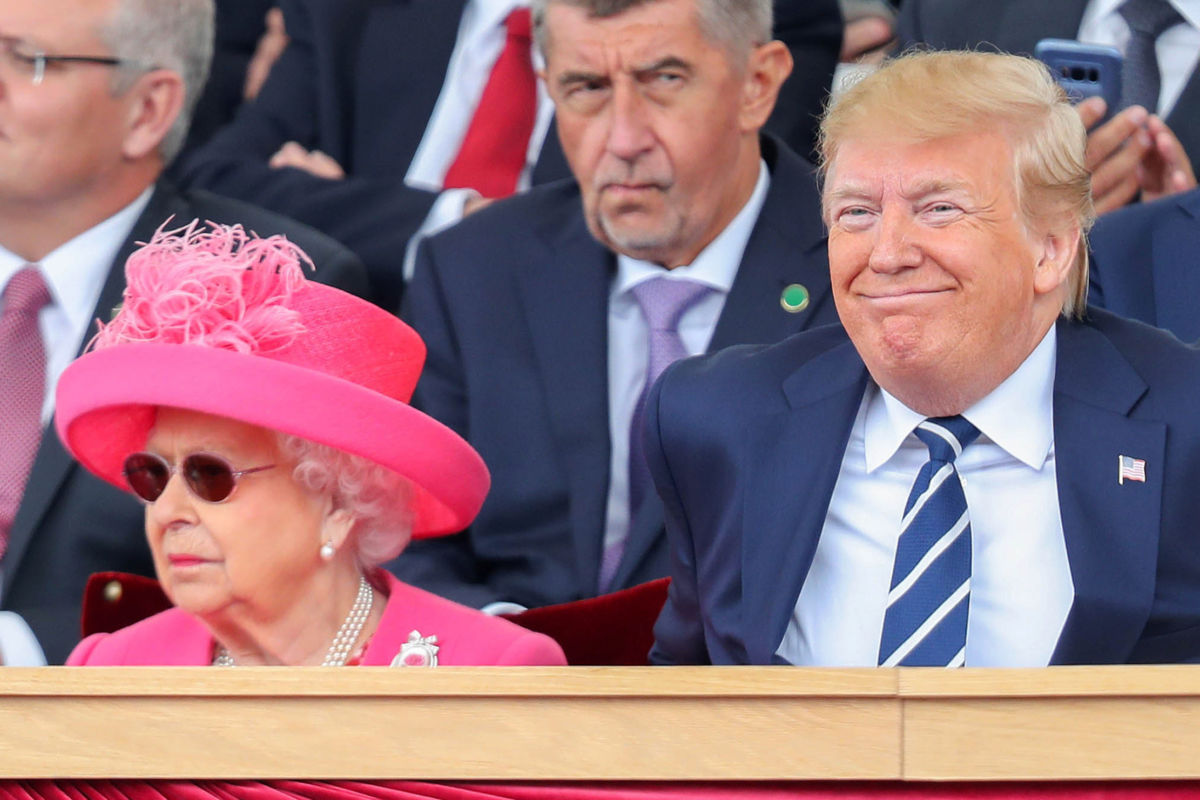 Britain's Queen Elizabeth II (L) sits alongside President Donald Trump during an event to commemorate
the 75th anniversary of the D-Day landings, in Portsmouth, southern England, on June 5, 2019. 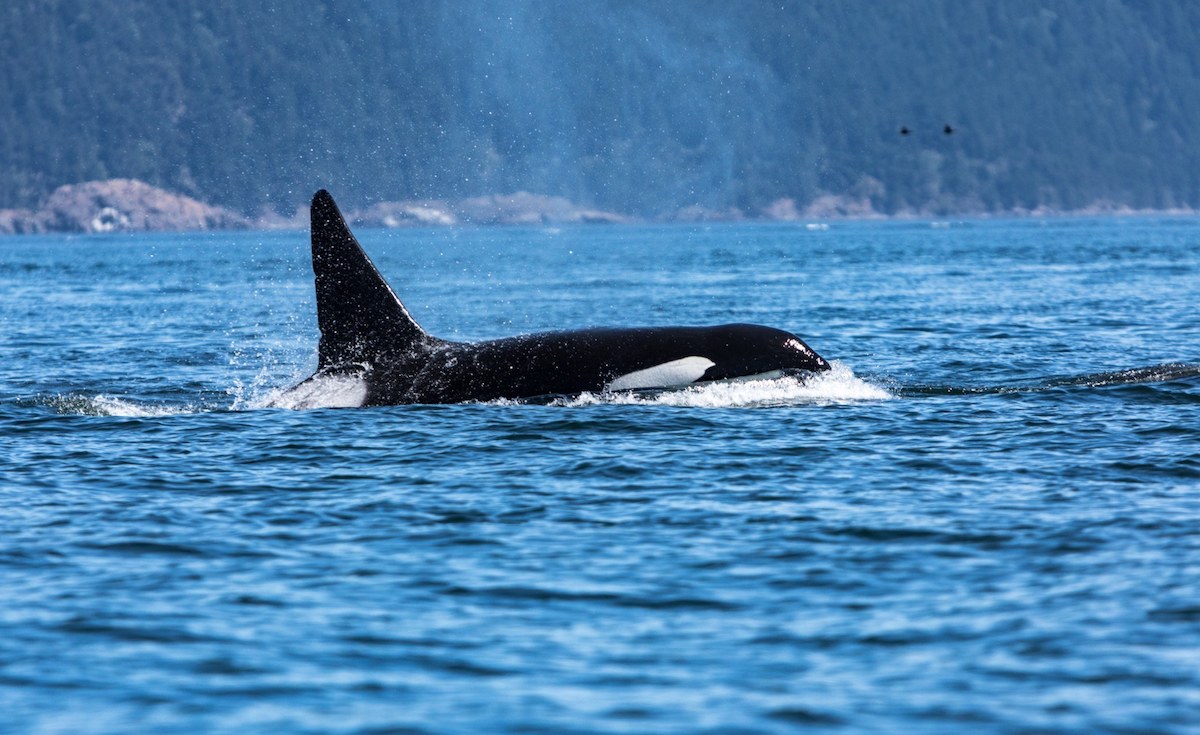 If we care about human prosperity, we must protect oceans. 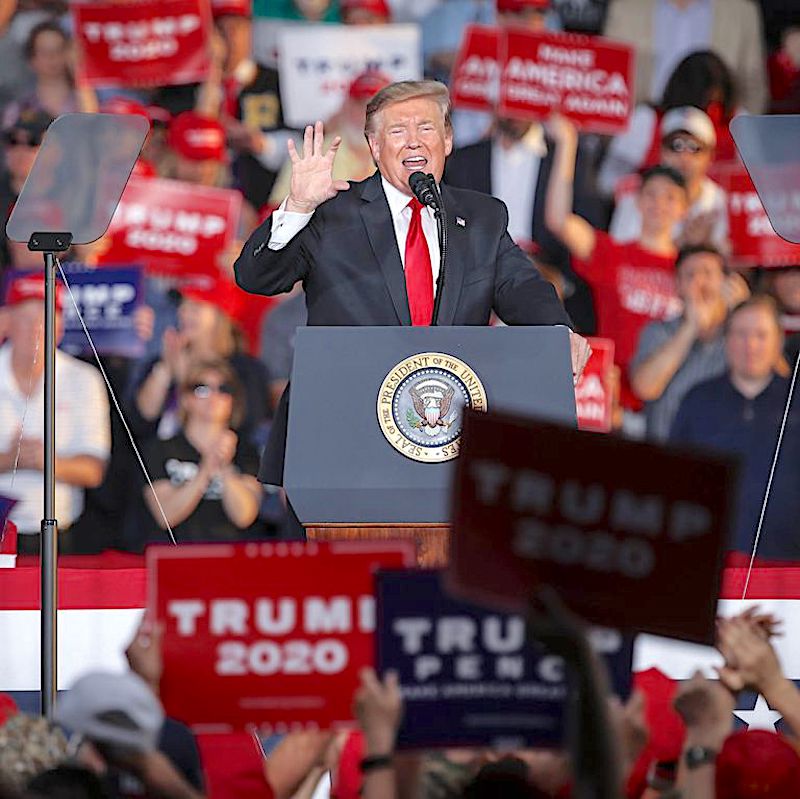 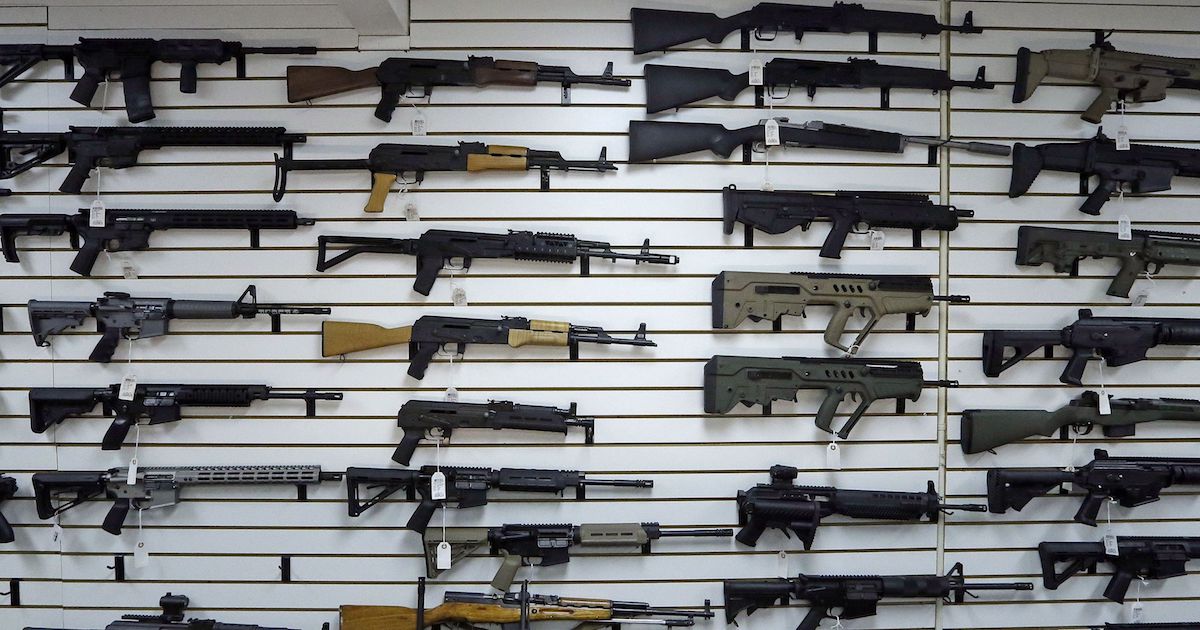 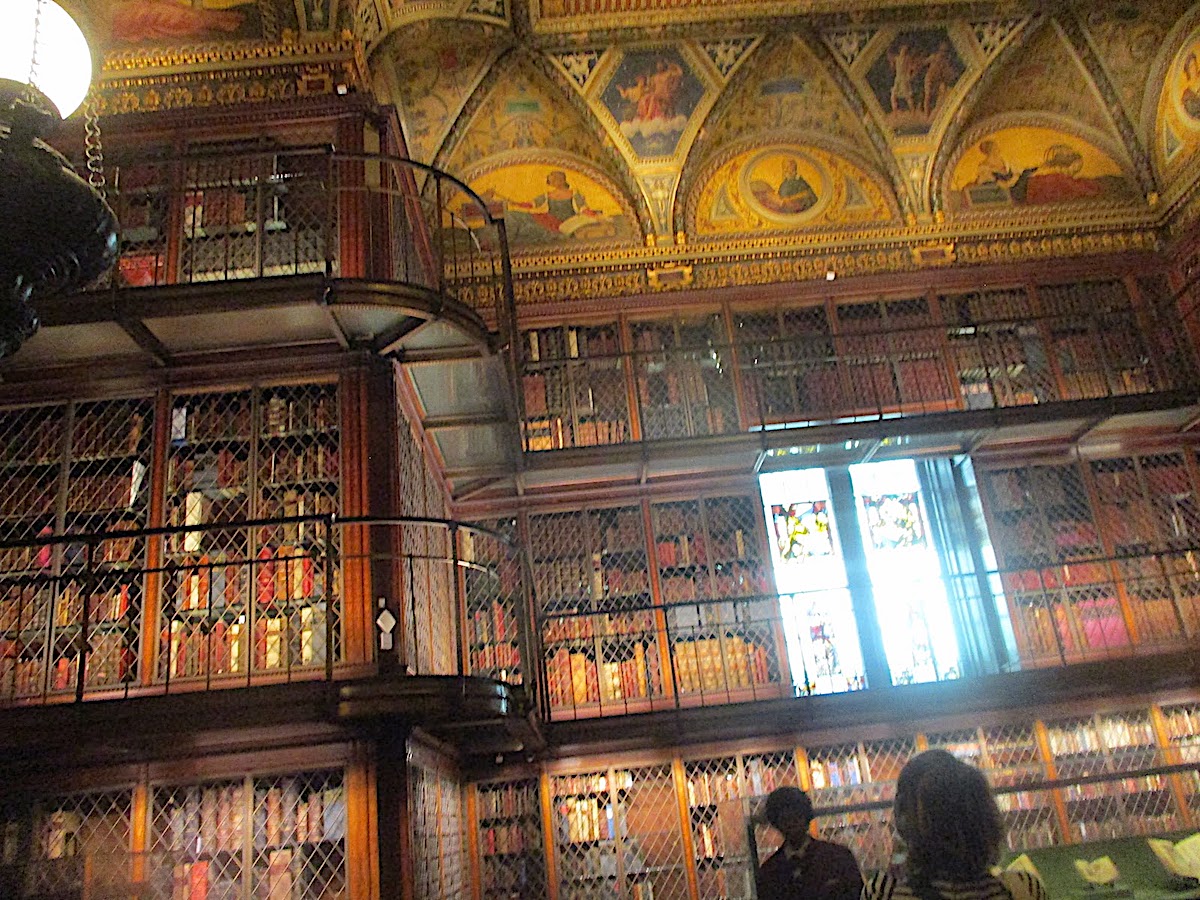 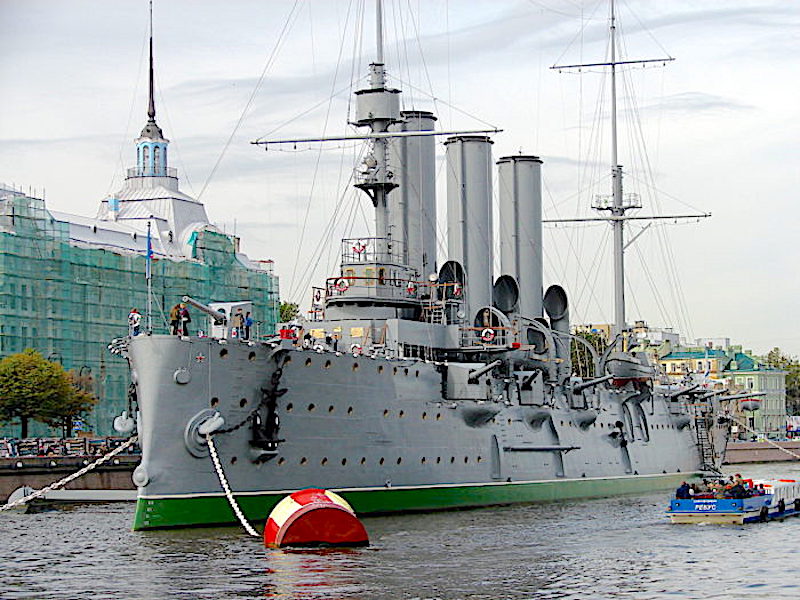 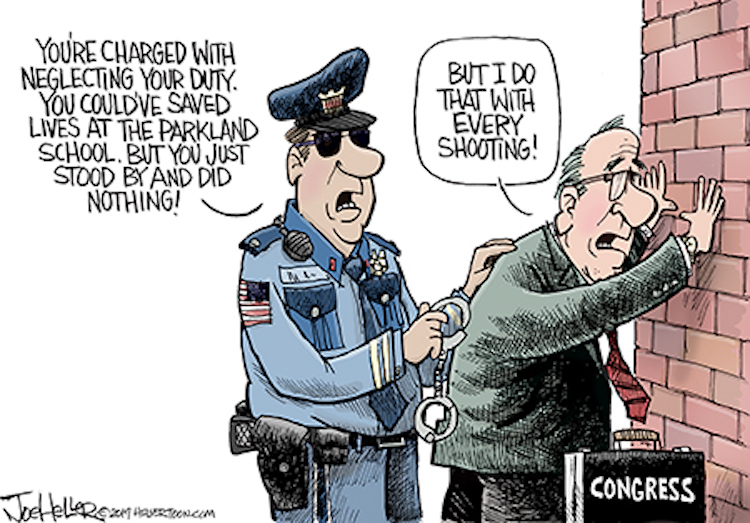 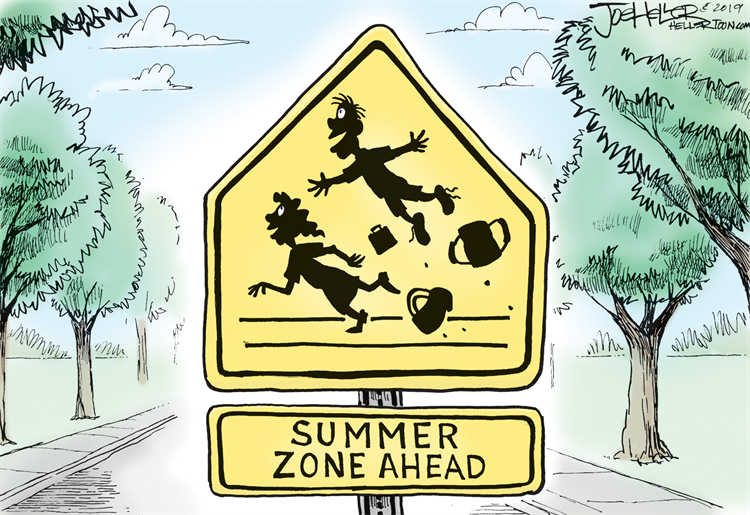 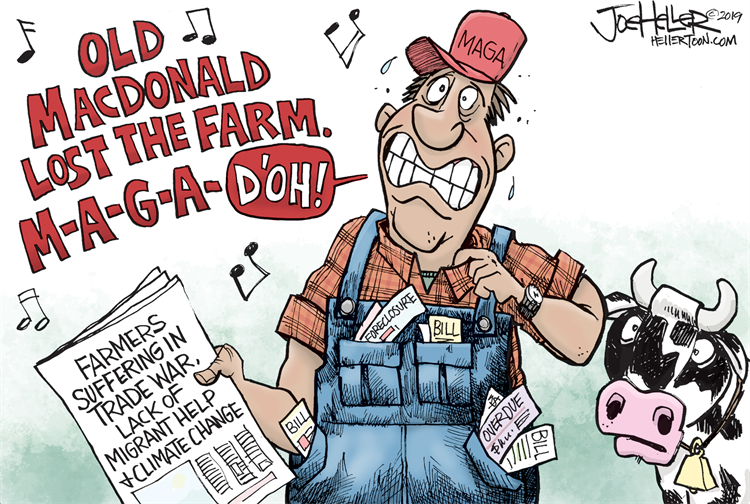 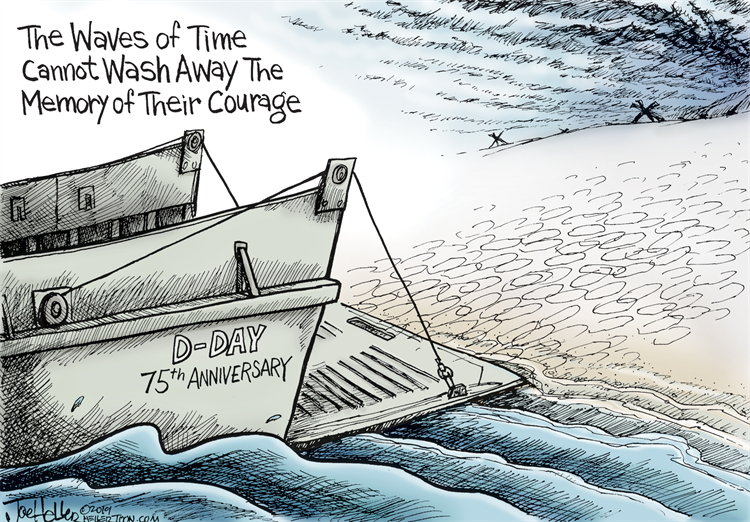