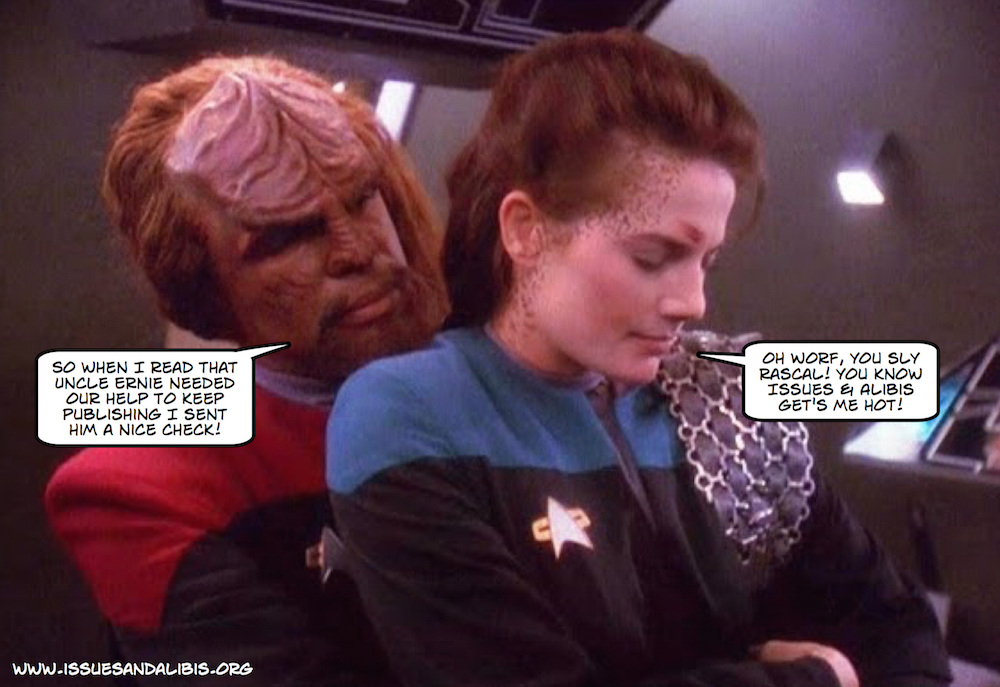 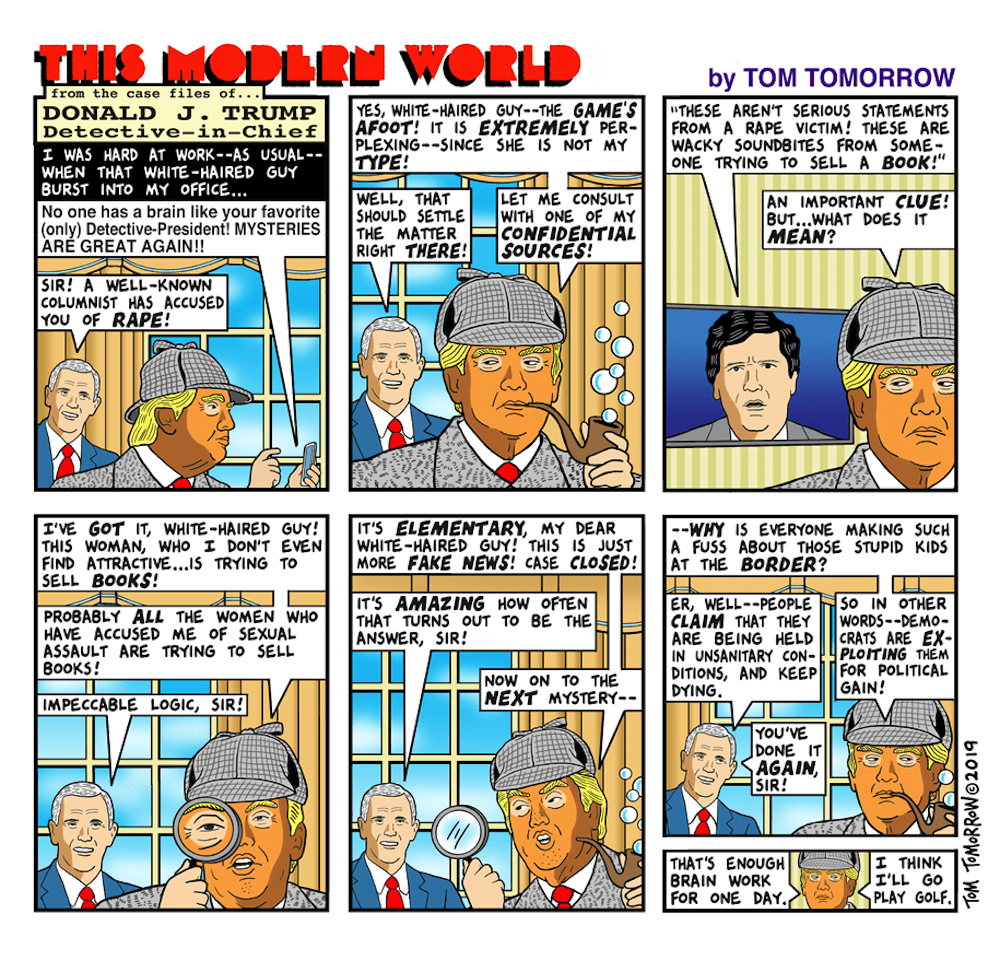 To understand Lying Donalds need for his military "parade" you have to understand who he admires and I'm not talking about Putin, or Kim Jong un or Mohammed bin Salman although he truly adores these monsters. No, I'm talking about his boyhood hero, the one that Lying Donald's second wife Marla Maples spilled the beans on, Der Snifter! Marla said that Lying Donald kept a book of Hitler's quotes and sayings by his bed and every night he would lie awake and read the book, over and over. And who loved a parade more than Adolf? Maybe Stalin?

A military parade? This is the kind of parade that dictators around the world use to try to intimidate their enemies and, more importantly, their own citizens. Consider that no other president has ever used the 4th of July for his own benefit!

To have tanks and jets from Air Force One to F-35s and F-22, all the stealth planes, and the Navy's Blue Angels, to parade past Lying Donald's luxury hotel is money ill spent, and a total waste of taxpayer dollars. That money could help in eliminating homelessness and poverty in our country.

The purpose of this parade is to let Trump play dictator for a day, further eroding democracy and pushing our country even closer to authoritarianism. This display is not normal nor what we do in a democracy.

As we shall see this had little to do with the 4th of July and everything to do with Lying Donald ego, and who will pick up the tab for this? The Rethuglican Party? Lying Donald? Can you guess who will pay for this photo op? Right you are, you and me will get the $10s of millions of dollars of bills. There will be a private box, grand stand in front of the Lincoln Memorial, not for the like of us, but just for the uber wealthy who will watch the larger of two fireworks programs that Donnie wants, at a cost well over a million dollars, with his fireworks show three times the size of the peoples.

All of this just so Lying Donald can orgasm like he thought he saw Emmanuel Macron do during the French parade. And if this wasn't bad enough, Donnie's going to regale us with a speech about how great he is. Oh, and that spinning sound behind Lying Donald when he is giving his speech, will be Lincoln spinning in his grave!

I see that over the weekend, the climate system sounded simultaneous alarms. Near the entrance to the Arctic Ocean in northwest Russia, "the temperature surged to 84 degrees Fahrenheit (29 Celsius)." Meanwhile, the concentration of carbon dioxide in the atmosphere eclipsed 415 parts per million for the first time in human history!

By themselves, these are just data points. But taken together with so many indicators of an altered atmosphere and rising temperatures, they blend into the unmistakable portrait of human-induced climate change.

Saturday's steamy 84-degree reading was posted in Arkhangelsk, Russia, where the average high temperature is around 54 this time of year. The city of 350,000 people sits next to the White Sea, which feeds into the Arctic Ocean's Barents Sea.

In Koynas, a rural area to the east of Arkhangelsk, it was even hotter on Sunday, soaring to 87 degrees (31 Celsius). Many locations in Russia, from the Kazakhstan border to the White Sea, set record-high temperatures over the weekend, some 30 to 40 degrees (around 20 Celsius) above average. The warmth also bled west into Finland, which hit 77 degrees (25 Celsius) Saturday, the country's warmest temperature of the season so far.

The abnormally warm conditions in this region stemmed from a bulging zone of high pressure centered over western Russia. This particular heat wave, while a manifestation of the arrangement of weather systems and fluctuations in the jet stream, fits into what has been an unusually warm year across the Arctic and most of the mid-latitudes.

In Greenland, for example, the ice sheet's melt season began about a month early. In Alaska, several rivers saw winter ice break up on their earliest dates on record.

Across the Arctic overall, the extent of sea ice has hovered near a record low for weeks.

Atmospheric carbon dioxide is at a record high, Europe is in the midst of a hellish heat wave, and extreme weather is ravaging large swaths of the globe, but Lying Donald dismissed the need for climate action during the G20 summit in Japan on Saturday and falsely claimed that air and water in the U.S. are the "cleanest" they have ever been. I'd like to meet Lying Donald's dealer as Zeus only knows that try as I might, I've never been that high!

Donnie told reporters during a press conference Saturday morning that he is not ignoring the threat of the global warming, but he doesn't want to take action to confront the emergency because such a move would "threaten corporate profits."

"So we have the best numbers that we've ever had recently. I'm not looking to put our companies out of business." Which is of course, a lie, under Lying Donald both our air and water have deteriorated.

Ergo Lying Donald knows the truth but if he tried to save the world it would cost him a dollar or two, therefore, screw Mother Earth!

You may recall that Tucker went to North Korea with Lying Donald and has spent the time since defending Lying Donald for his love affair with practically every fascist dictator on the planet.

Some of Tuckers statements include:

It's a disgusting place obviously, so there's no defending it. On the other hand, you know you've got to be honest about what it means to lead a country; it means killing people.

"Not on the scale the North Koreans do, but a lot of countries commit atrocities, including a number that we're closely allied with.

"It's not necessarily a choice between the evil people and the brave people.

"It's a choice, most of the time, between the bad people and the worse people."

Tucker praised Mr Trump, who he said was "far less sentimental about this stuff and maybe I think..more realistic about it."

Mr Carlson described the international attitude towards Kim Jon Un as "a kind of dorm room [stance]: 'oh they're so mean!'"

I could go on and on, but life is short so, Tucker Carlson wins this week's Vidkun Quisling Award!

As you may have noticed that a couple of regulars are missing from this week's magazine, i.e., Heather Digby Parton and Chris Hedges are gone. They are first of many that will be leaving as time goes by. 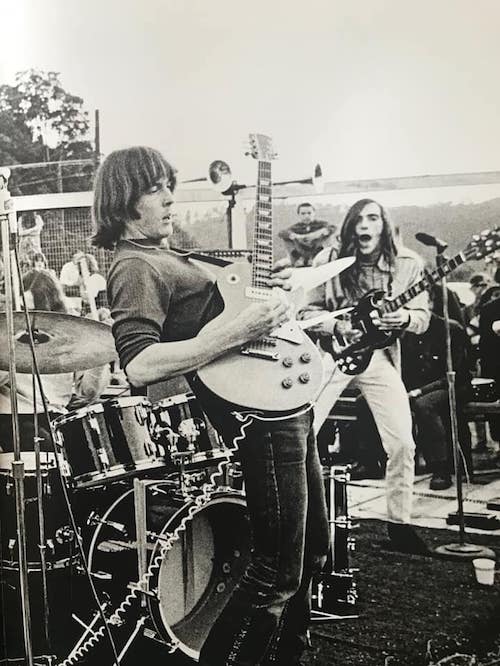 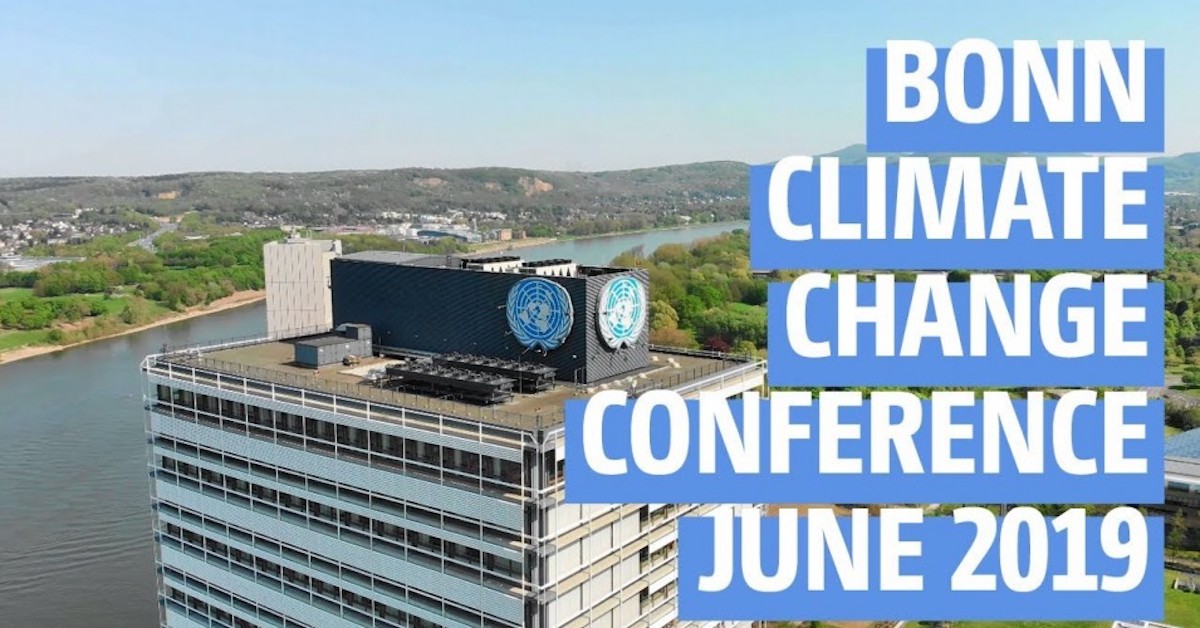 If any of this makes you angry, there are ways to fight back against Saudi Arabia. 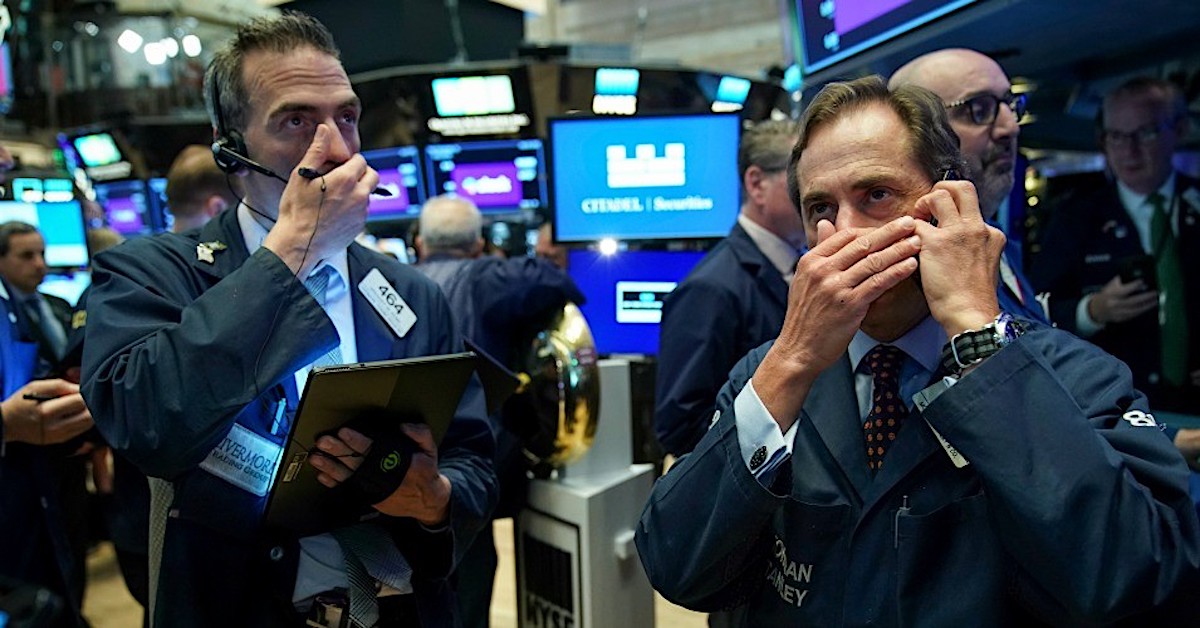 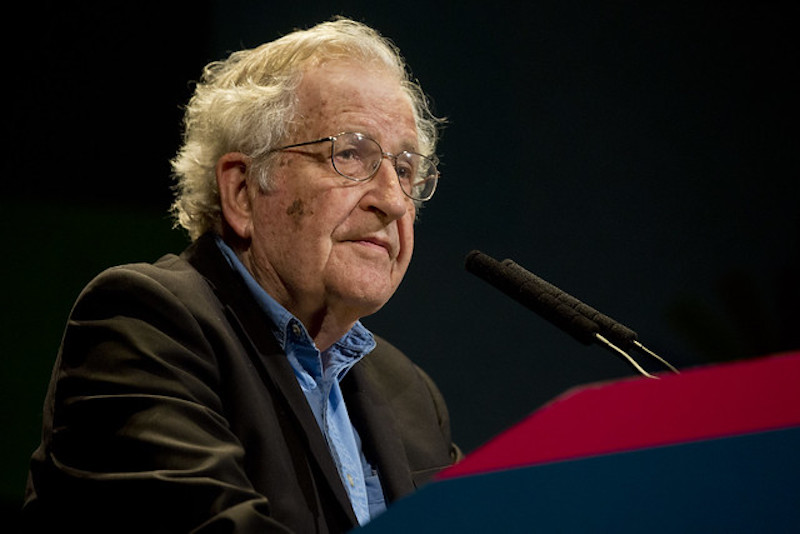 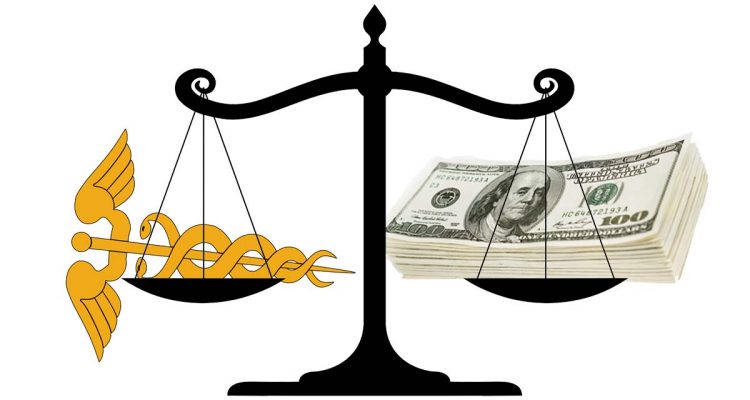 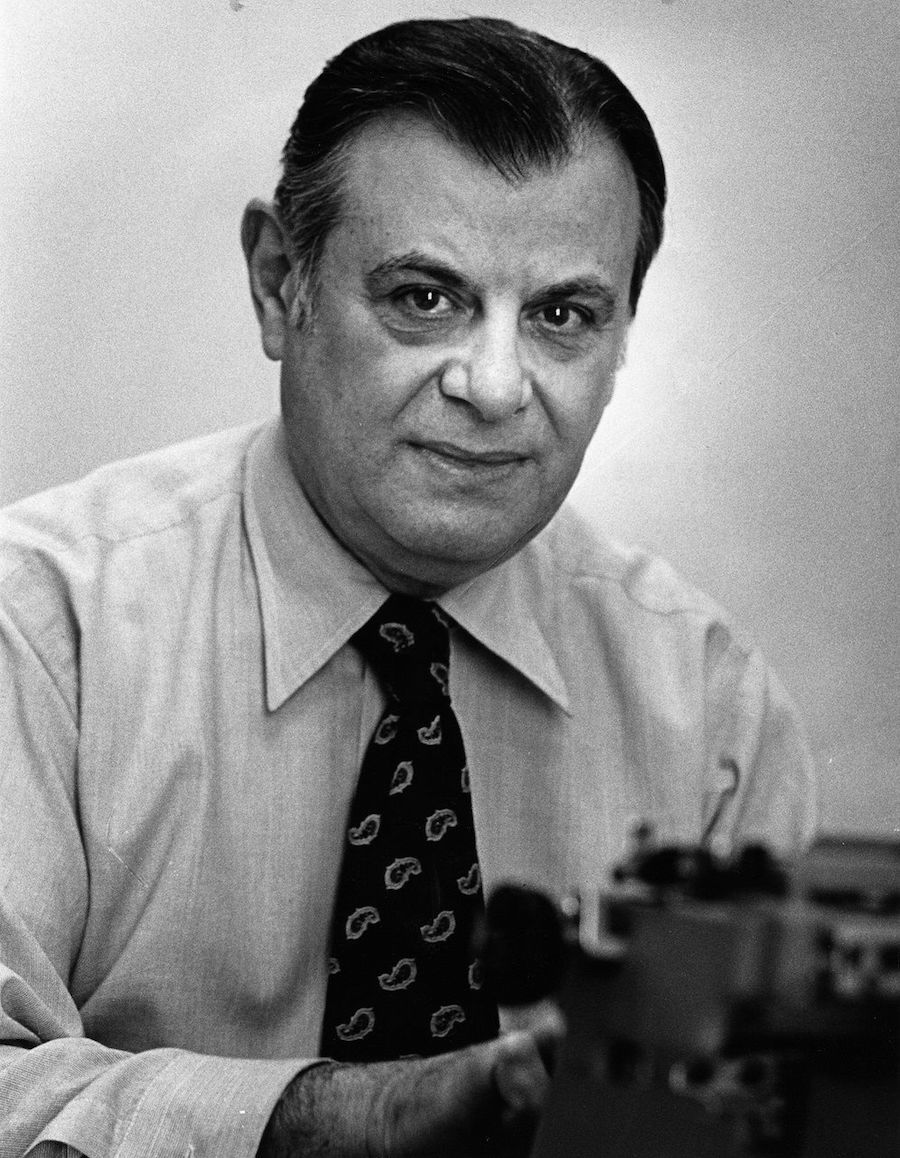 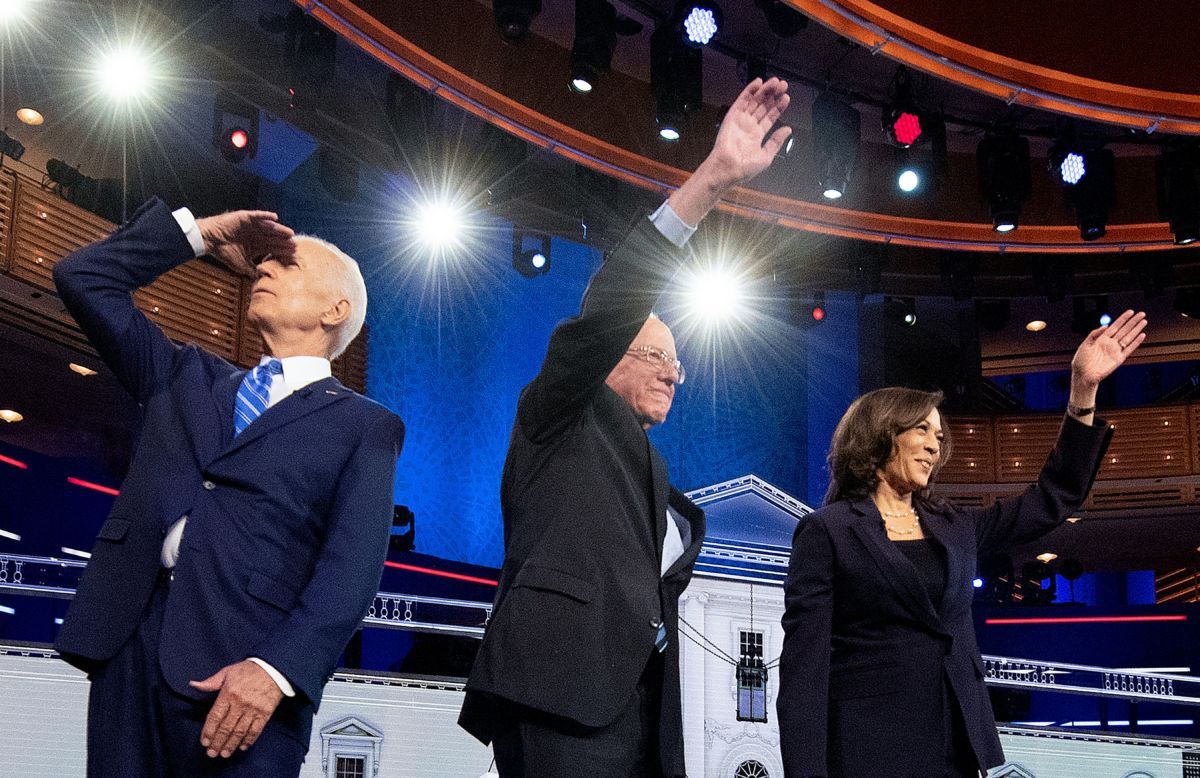 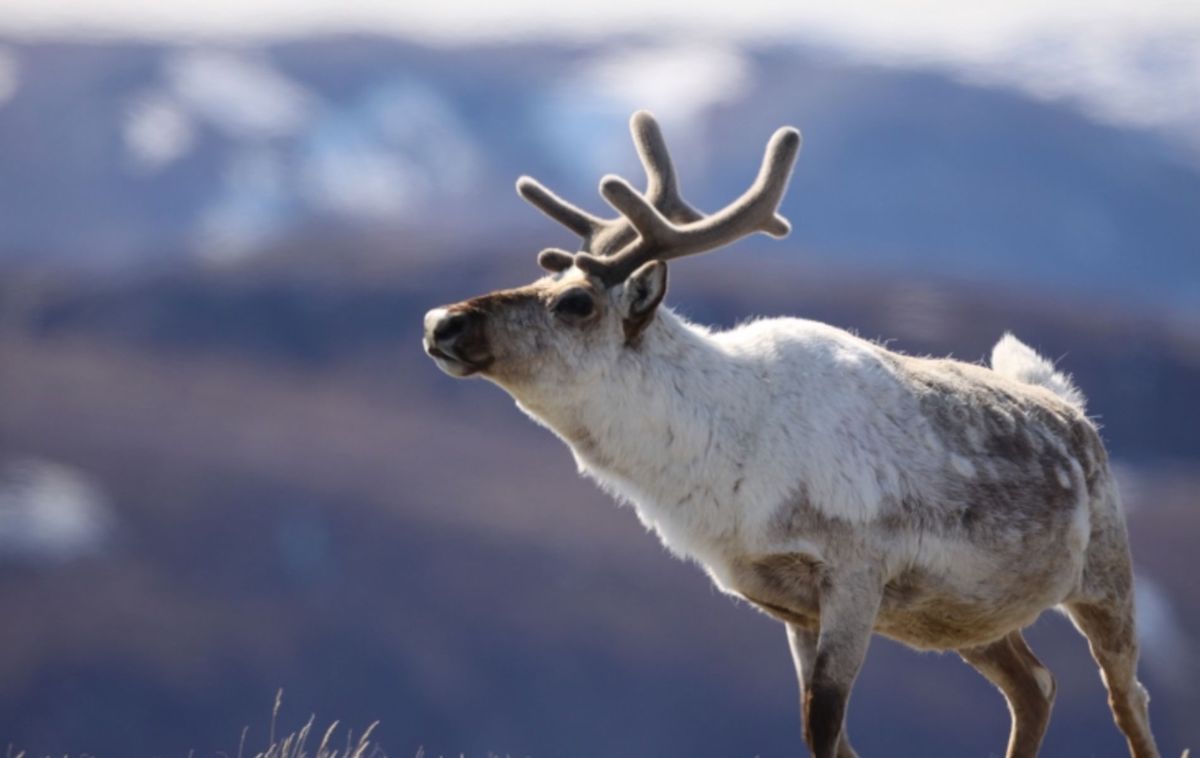 Young caribou in front of mountains. Caribou are an 'umbrella' species. When
populations are healthy, so are many other animal and plant species and the forests they share. 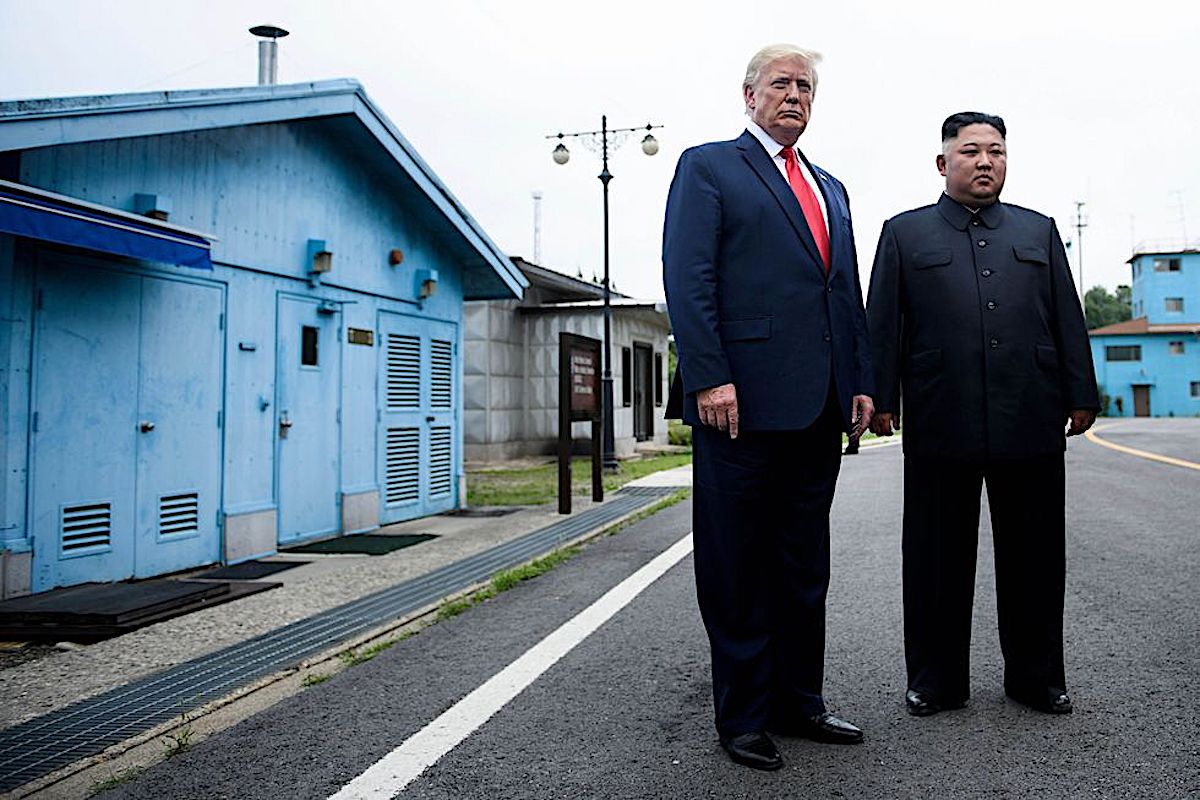 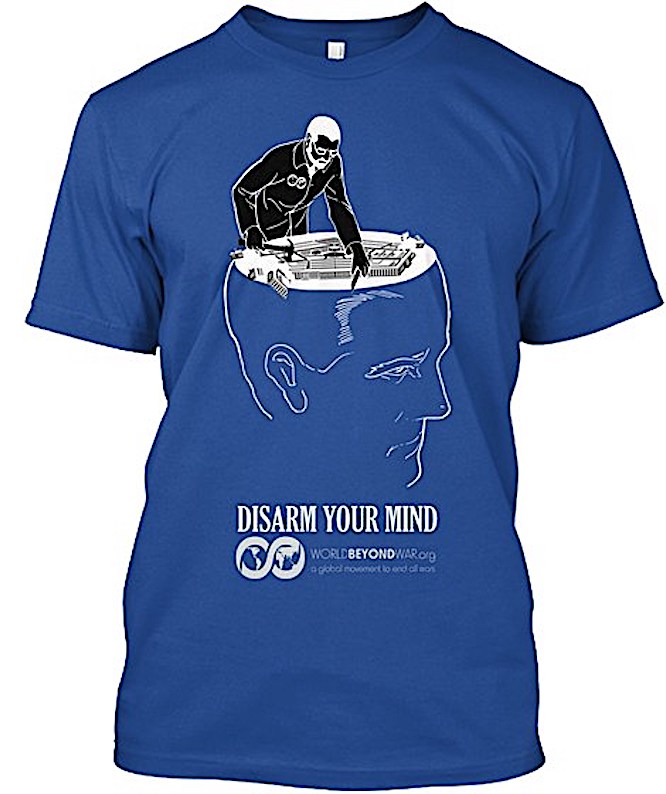 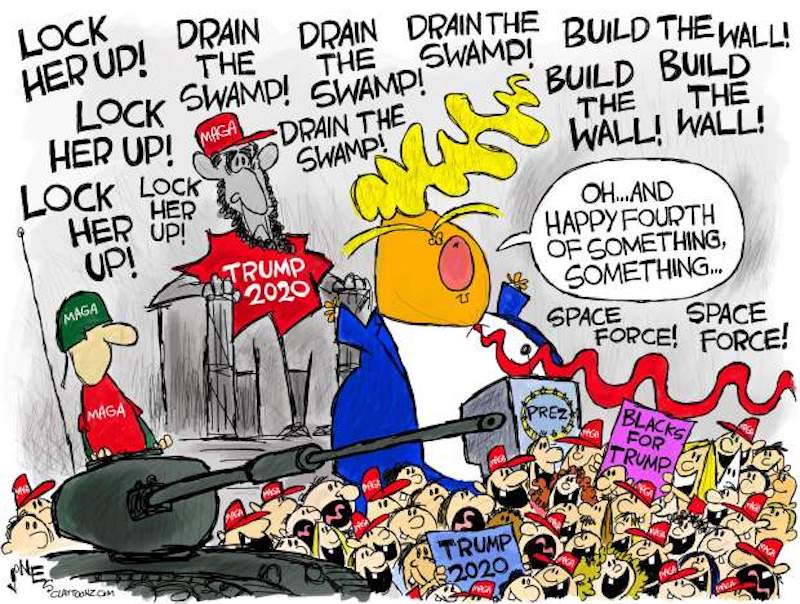 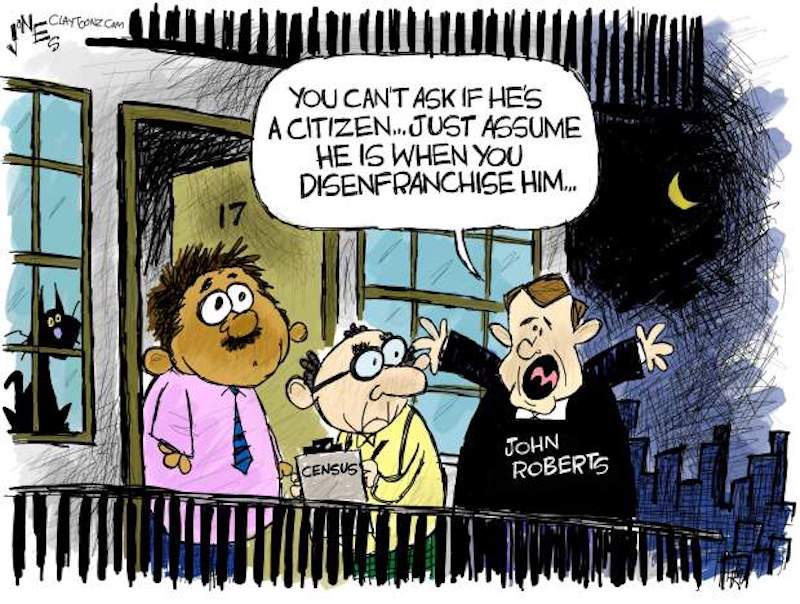 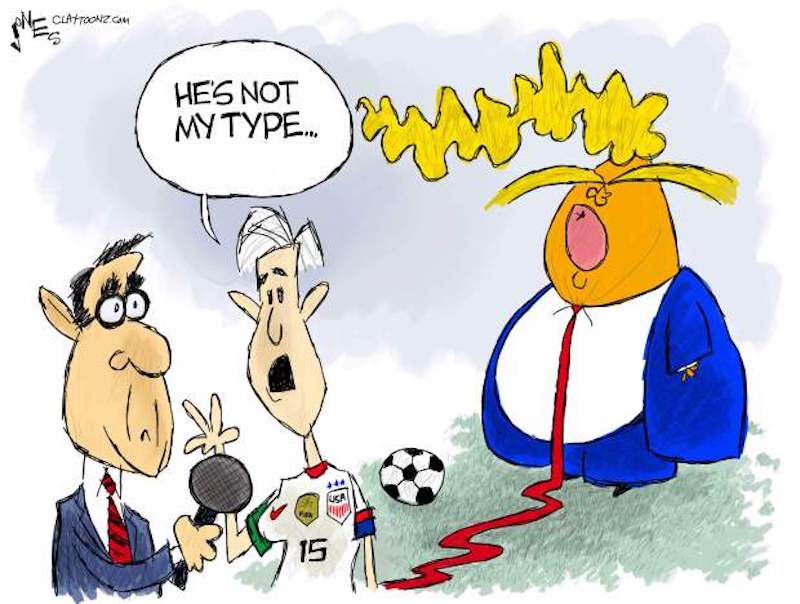 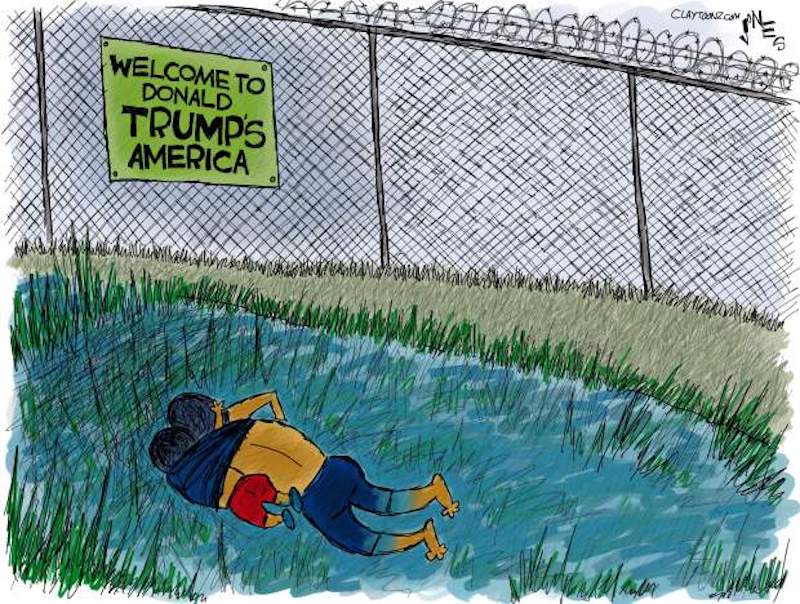 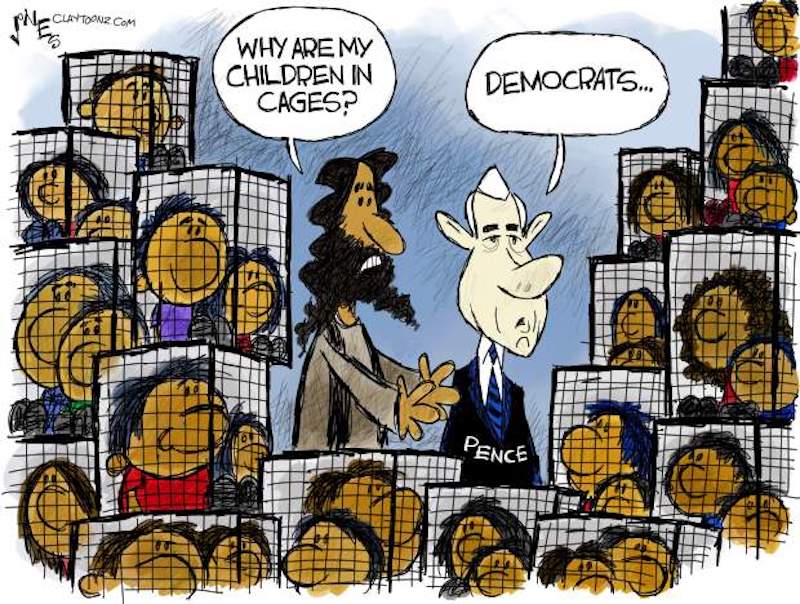 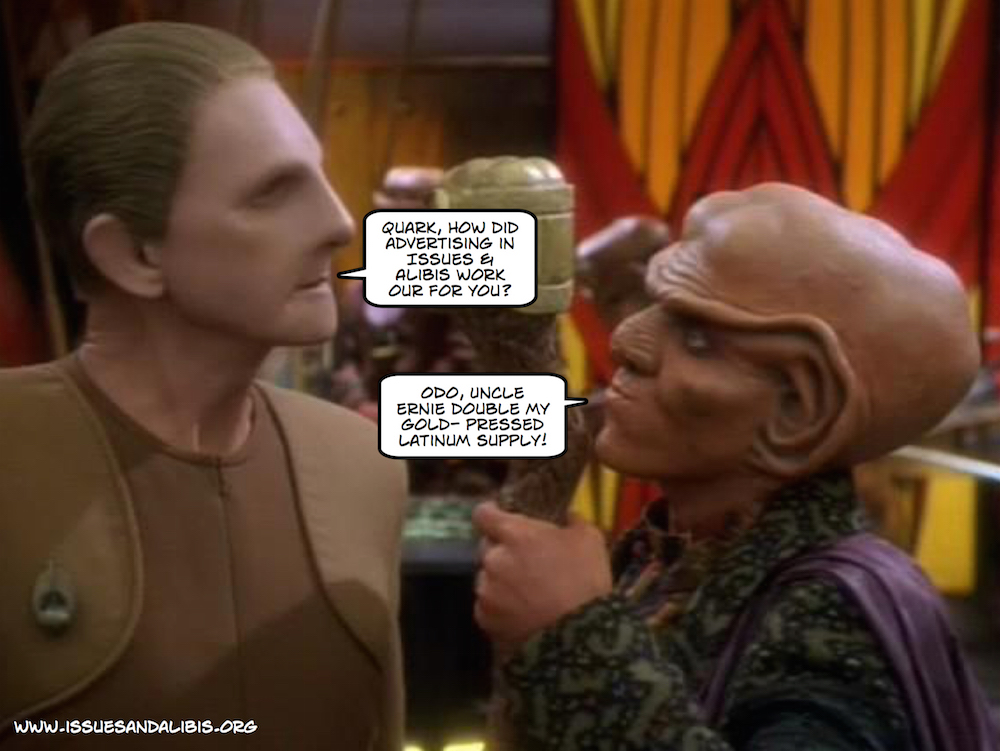