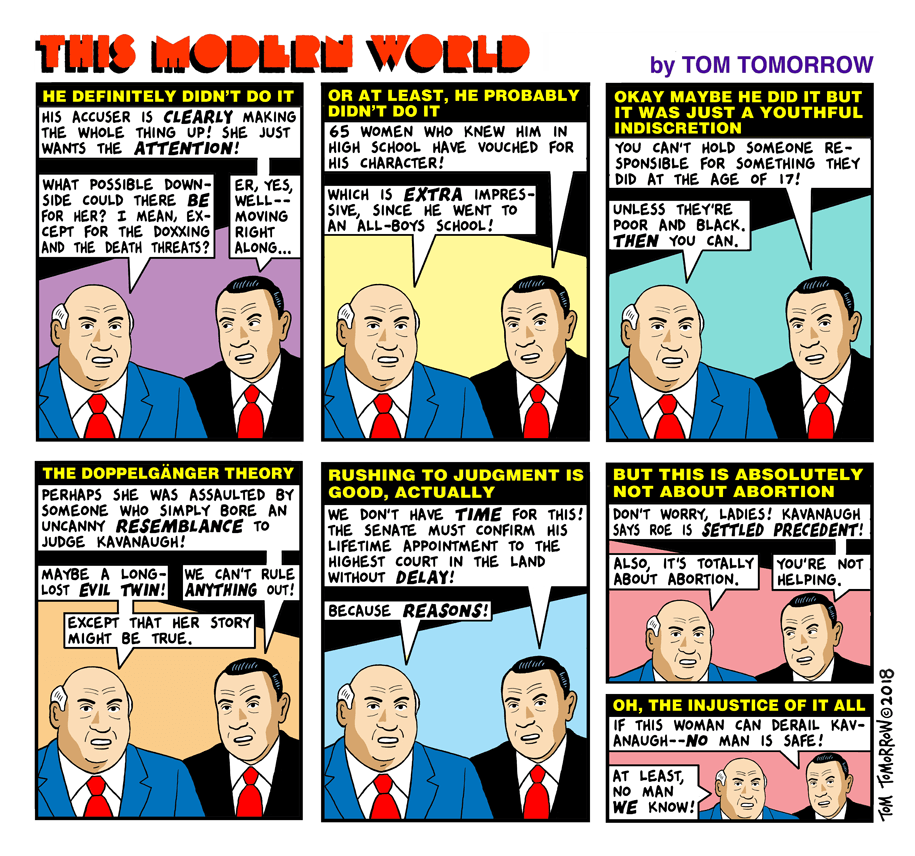 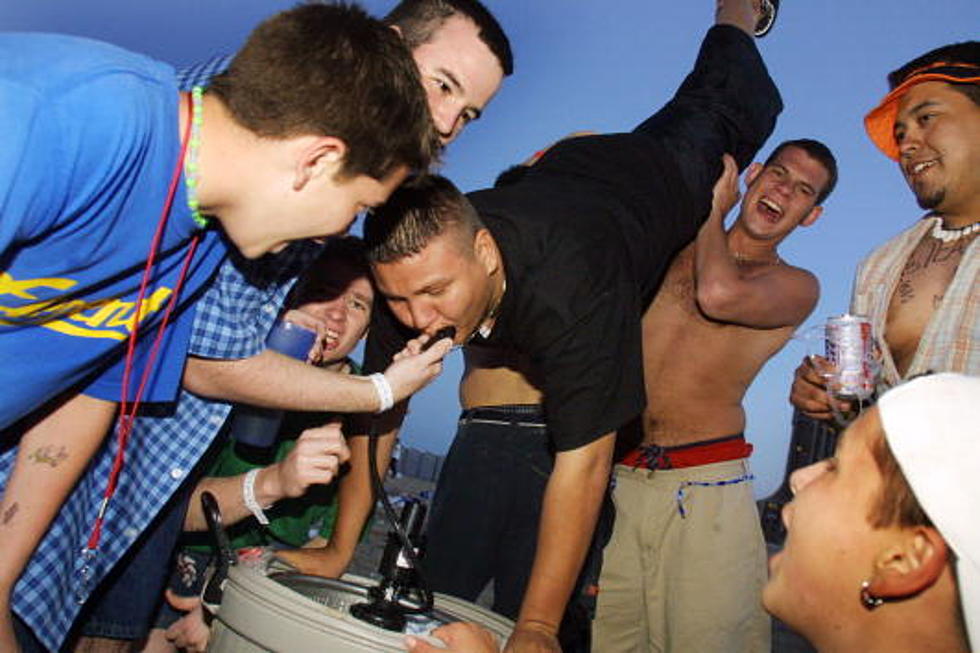 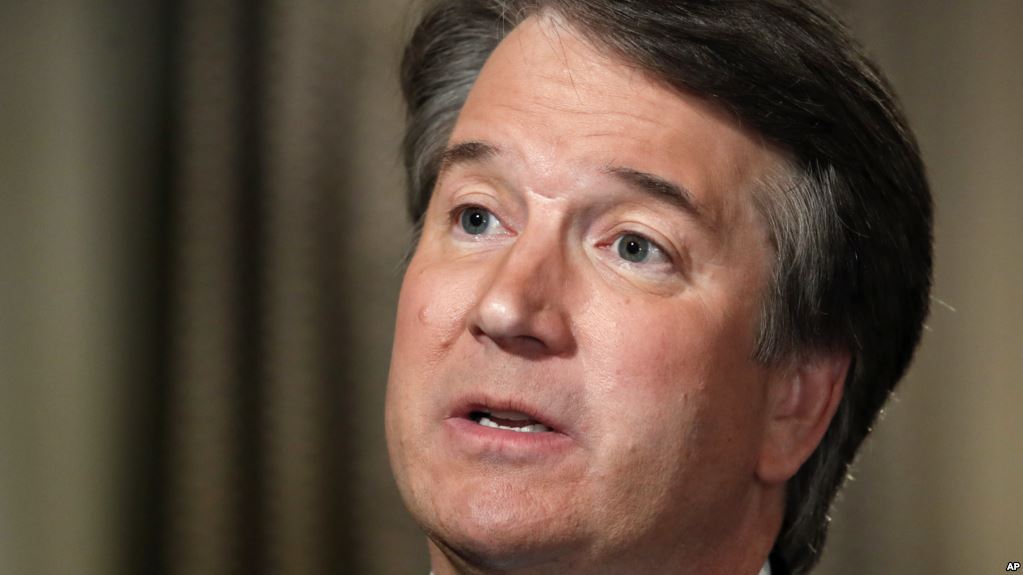 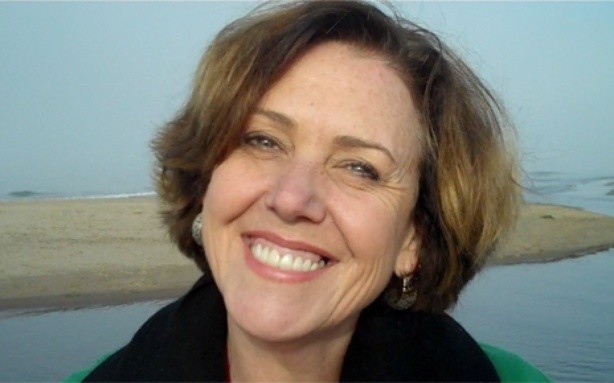 Brett Kavanaugh's Fox News Interview Was A Disaster-For Him
He was stiff and unconvincing-and he put claims on the record that could easily be disproved.
By Joan Walsh

I expected Monday night's Brett Kavanaugh interview on Fox News to be a farce-an infomercial produced by Trump's state TV and orchestrated by former Fox honcho Bill Shine, who is accused of covering up sexual abuse by Roger Ailes and Bill O'Reilly and who now protects the sexual predator in the White House as his communications director.

But credit to where it's due: Anchor Martha MacCallum asked the embattled Supreme Court nominee some tough questions and went in for several sharp follow-ups, and Kavanaugh was just awful-a blinking, robotic mess. If you were playing a game where you had to drink when he said the words "fair process" or touted his treating women with "dignity and respect"-well, you'd be as blacked out as a Georgetown Prep senior during one of their keg parties.

Kavanaugh lost an enormous amount of ground in this interview. He tried to depict himself as a choir boy, telling MacCallum that in high school he was focused on "trying to be number one in my class and being captain of the varsity basketball team and doing my service projects, going to church...being a good friend to the boys and the girls that I was friends with." But not only was he stiff and unconvincing, he also put information on the record that could be disproven by previous statements he's made, both in speeches and in his high-school yearbook.

On Fox, Kavanaugh allowed he had a few beers, noting that the drinking age was 18 back then. But he's on record in several public settings, as an adult and even as a judge-check out this speech to his friends at the Federalist Society-joking about various times he had too much to drink in his youth and early adulthood.

"We had a good saying that we've held firm to, to this day, as the dean was reminding me before the talk, which is: 'What happens at Georgetown Prep, stays at Georgetown Prep,'" he told a Catholic University crowd in 2015. "That's been a good thing for all of us, I think."

Kavanaugh's self-described "study and service" high school behavior is also undermined by one of his best friends, Mark Judge, who Dr. Christine Blasey Ford says participated in the assault against her. Judge has written repeatedly about the drunken, loutish culture of Georgetown Prep, even naming a character "Bart O'Kavanaugh," a party boy who was known to have puked in someone's car.

A longtime Twitter troll fond of harassing feminists (myself included) and minimizing claims of sexual abuse, Judge has denied he was part of the assault on Blasey Ford (and has since deleted his noxious Twitter account). But an ex-girlfriend told The New Yorker that he once confessed to being part of a group of Georgetown Prep students who forced themselves on a drunken young woman. It's no wonder the Senate Republicans refused to subpoena Judge; he could either implicate Kavanaugh in terrible high-school behavior, or somehow acknowledge the crime against Blasey Ford.

Fox's MacCallum also did something journalistically daring: She asked Kavanaugh about attorney Michael Avenatti's claim that a client has information about the federal judge's participating in "gang rape." To my knowledge, neither CNN nor MSNBC mentioned the details of Avenatti's claim today; to hear it on Fox was jarring, and Kavanaugh seemed rattled even as he denied it. Avenatti's claim followed the publication of a second claim of a Kavanaugh sexual assault, this time by a classmate at Yale University, published by Ronan Farrow and Jane Mayer in The New Yorker.

Kavanaugh's pretense to wholesome high-school behavior leaves the door open for Democratic senators to grill him about another place where his own words speak volumes in contradiction-quotes in his high-school yearbook. Much seems to be written in code-Avenatti claimed to be able to break some of the code, with disgusting sexual translations. But some of it is straightforward, like references to the "keg city club" and "100 kegs or bust," or the "beach week ralph club" (ralph being a common euphemism for vomiting back in the day). Some are hard to parse, but seem disturbing, like the "Rehobeth Beach Police fan club" (what was his interaction with the department, and why was he a fan?) or the "Bowling Alley assault." Senators must ask for translation.

One mysterious allusion under his name is a mystery no more: "Renate Alumnius" reportedly refers to a classmate, Renate Schroeder. Her name is mentioned by multiple Kavanaugh classmates in the yearbook, and it apparently refers to their claim that they'd been with her at some point sexually. A friend told The New York Times: "They were very disrespectful, at least verbally, with Renate," said Sean Hagan about Kavanaugh and his friends. "I can't express how disgusted I am with them, then and now."

Schroeder herself had signed a letter supporting Kavanaugh after Christine Blasey Ford came forward with her allegations of assault at a drunken party.
(c) 2018 Joan Walsh, is the author of "What's the Matter With White People? Finding Our Way in the Next America." 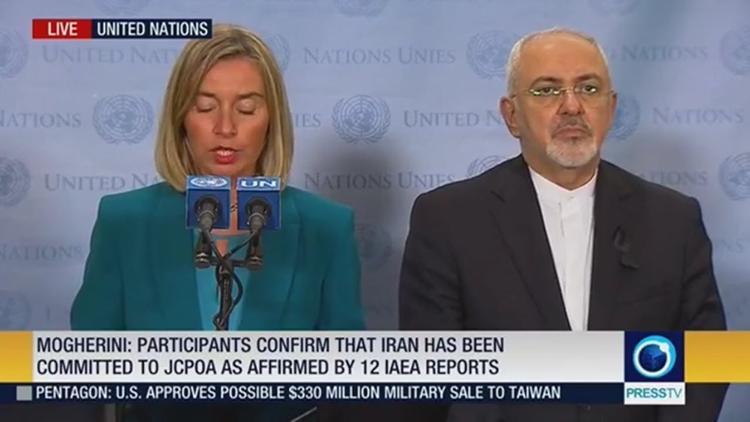 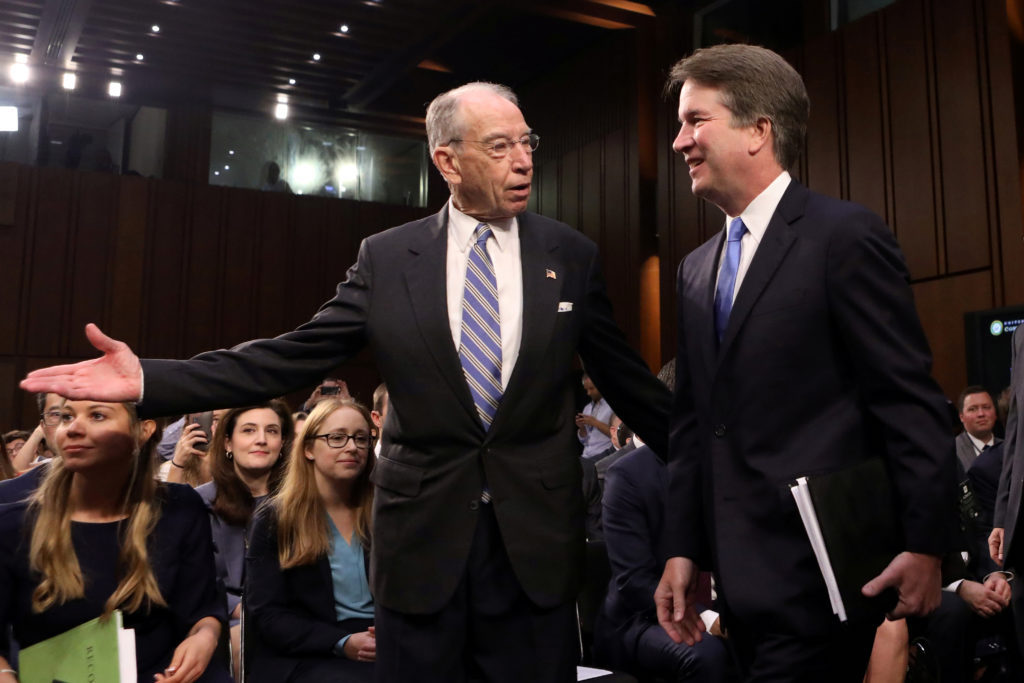 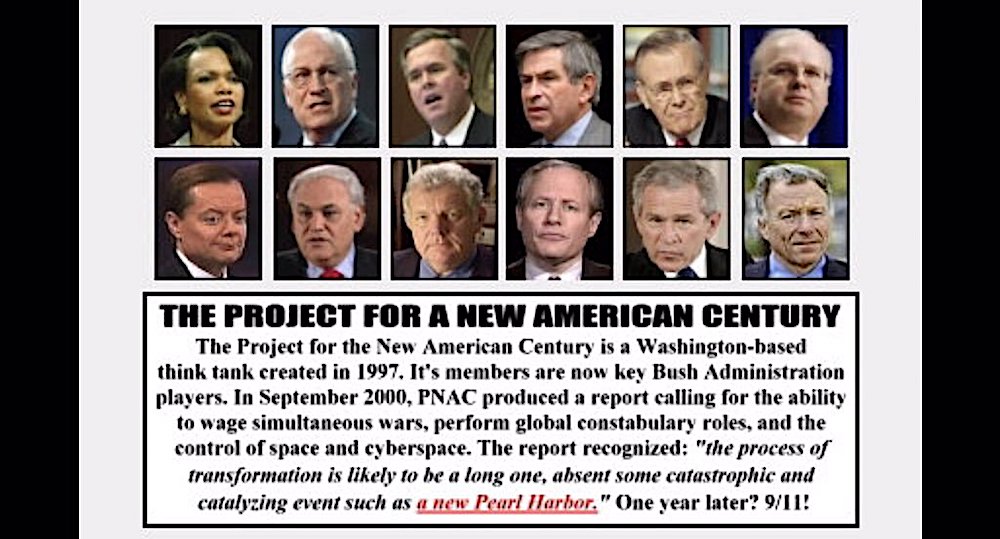 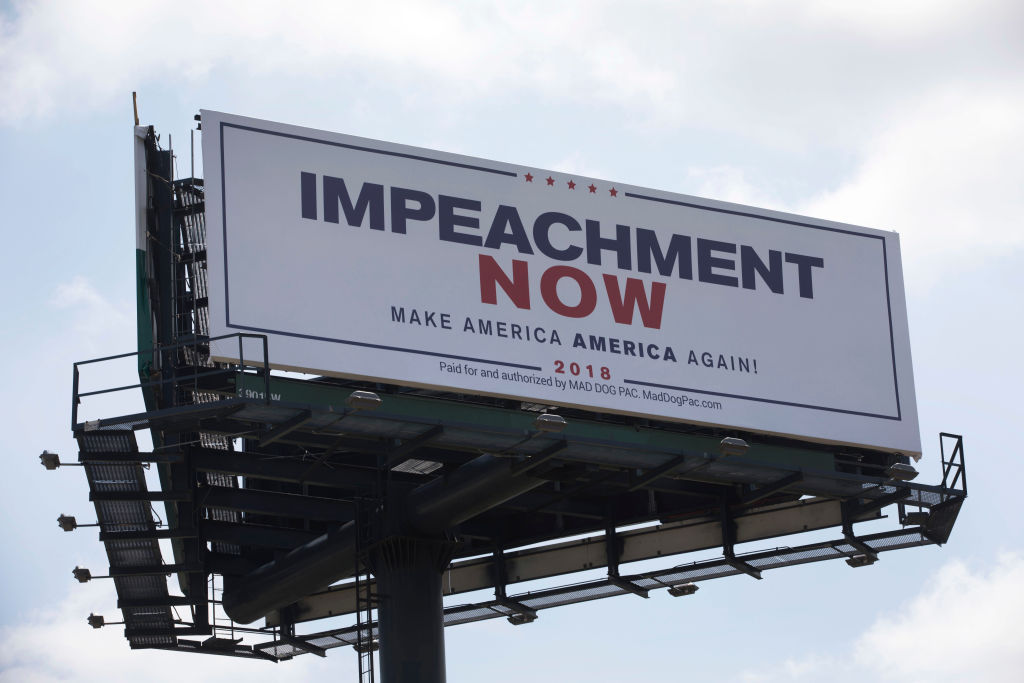 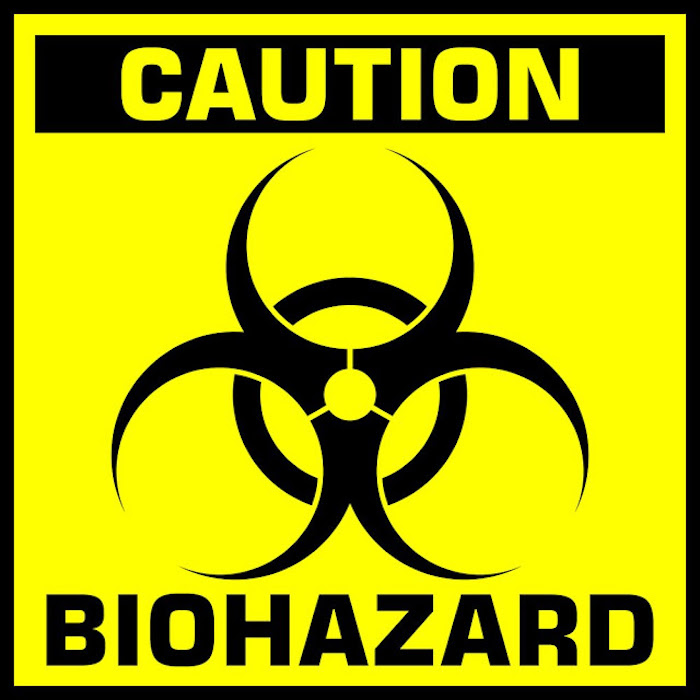 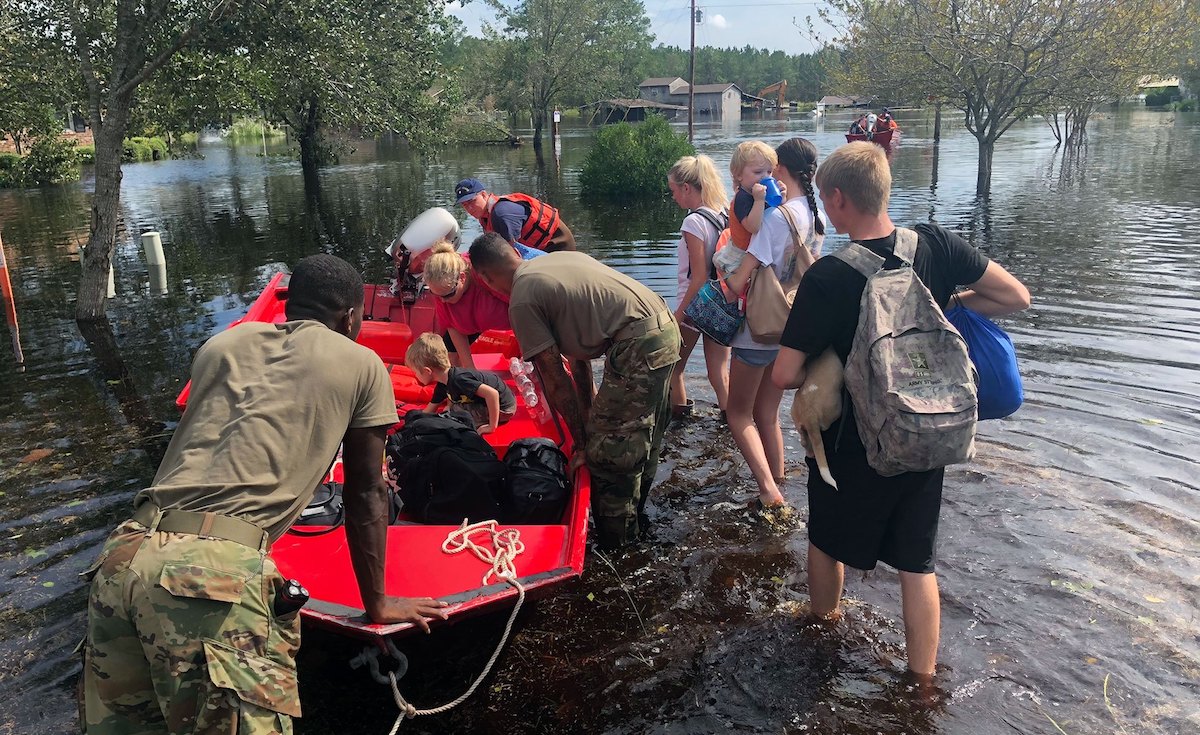 Members of the North Carolina National Guard assist families evacuate
after flooding from Hurricane Florence forces them from their homes. 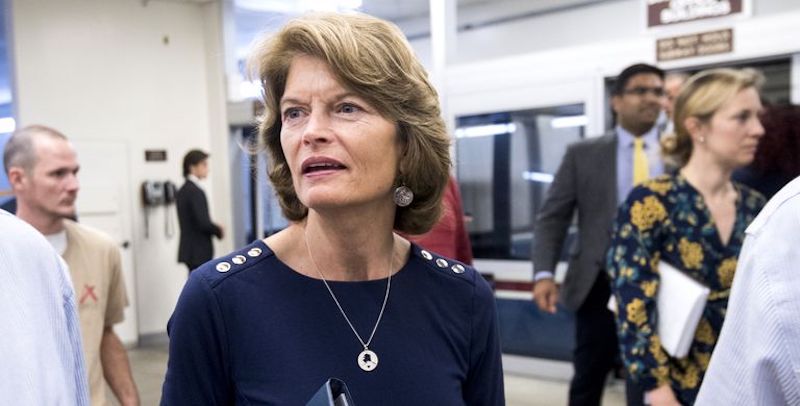 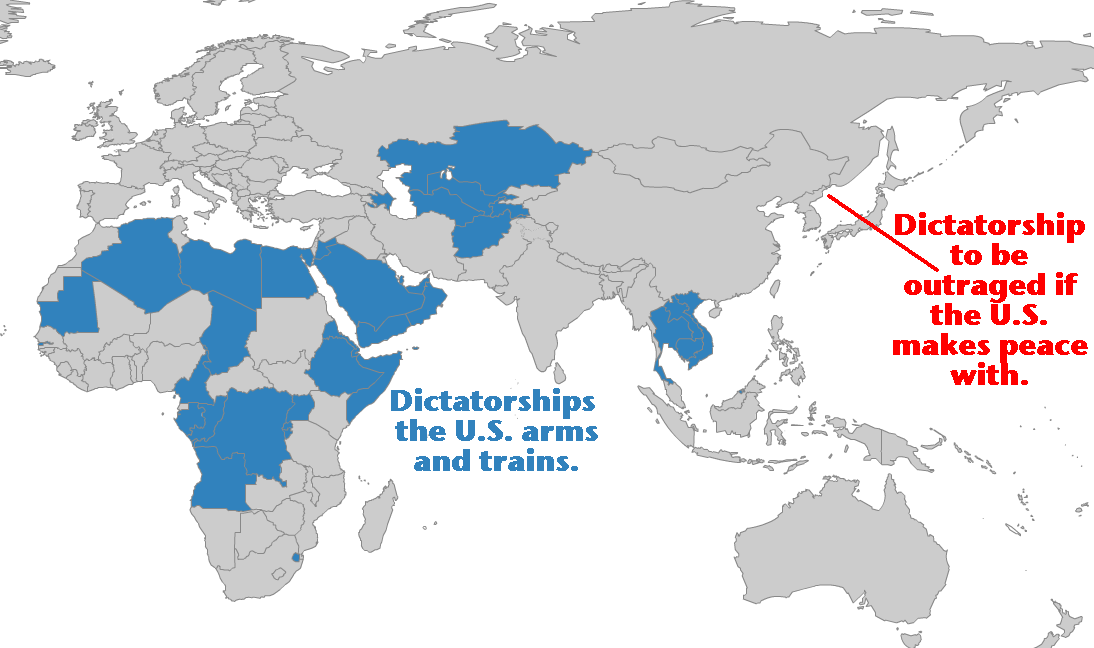 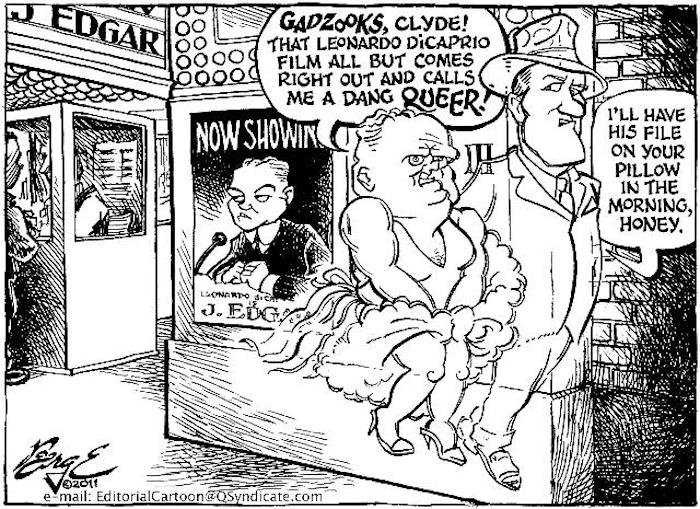 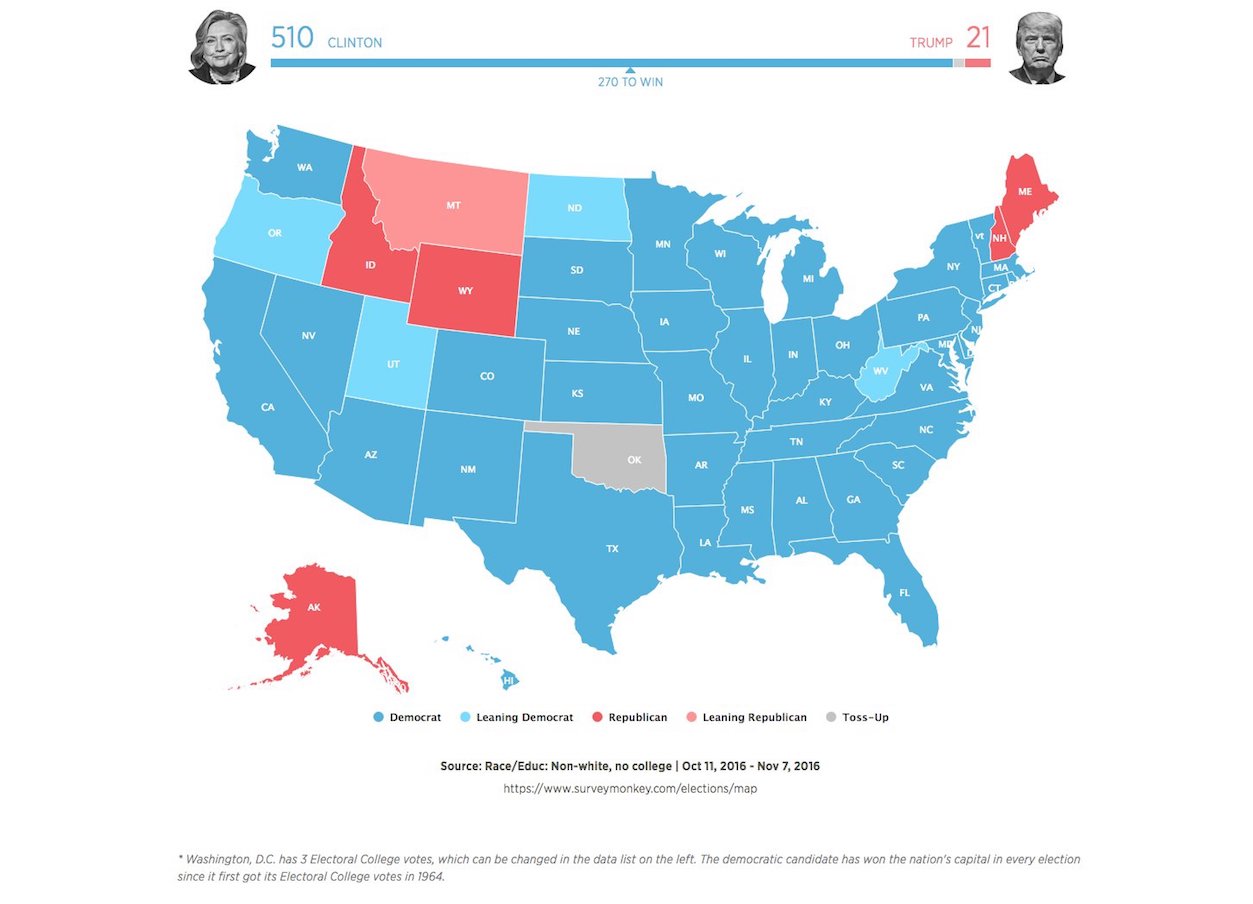 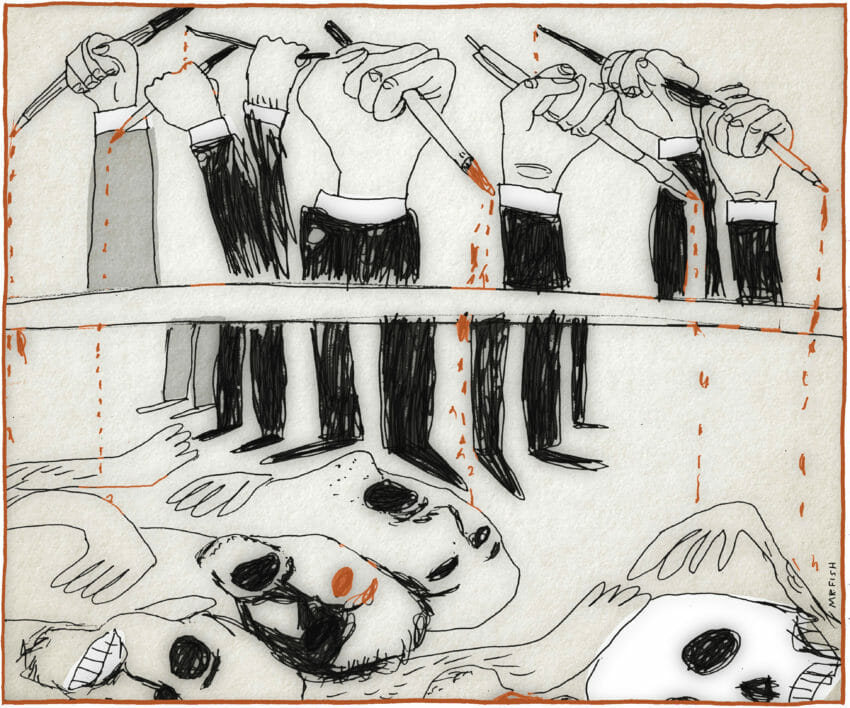 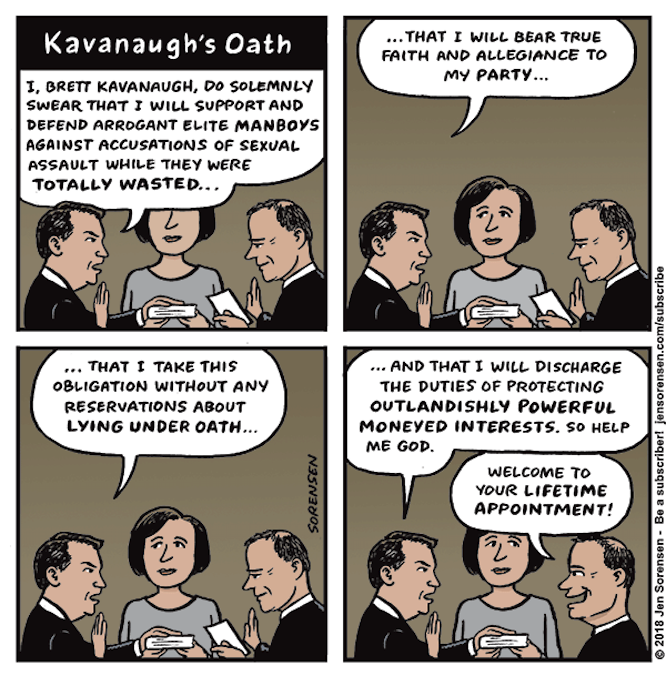 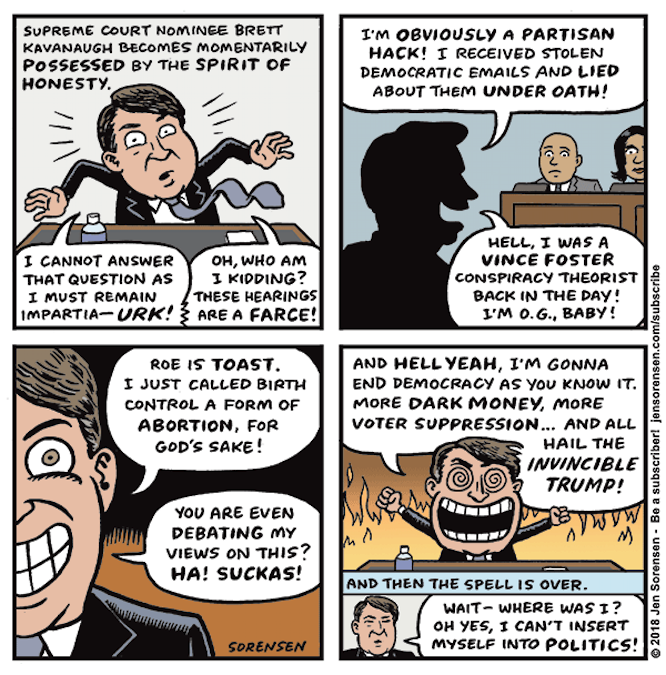 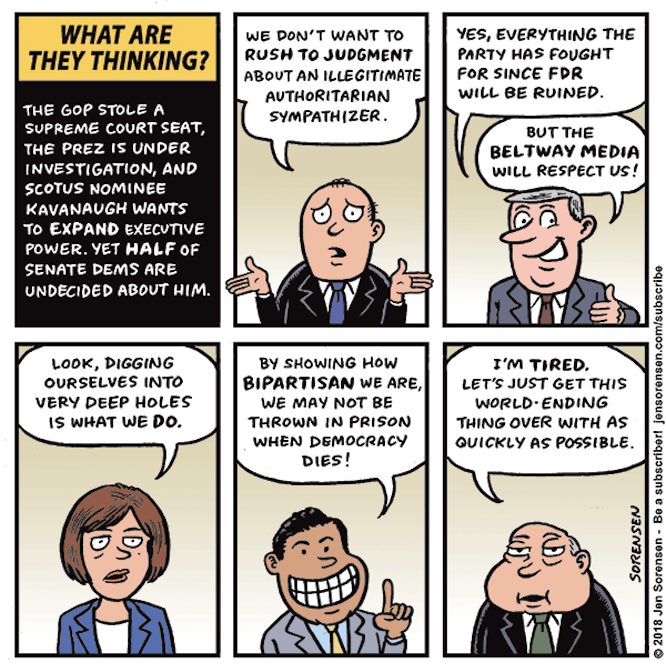 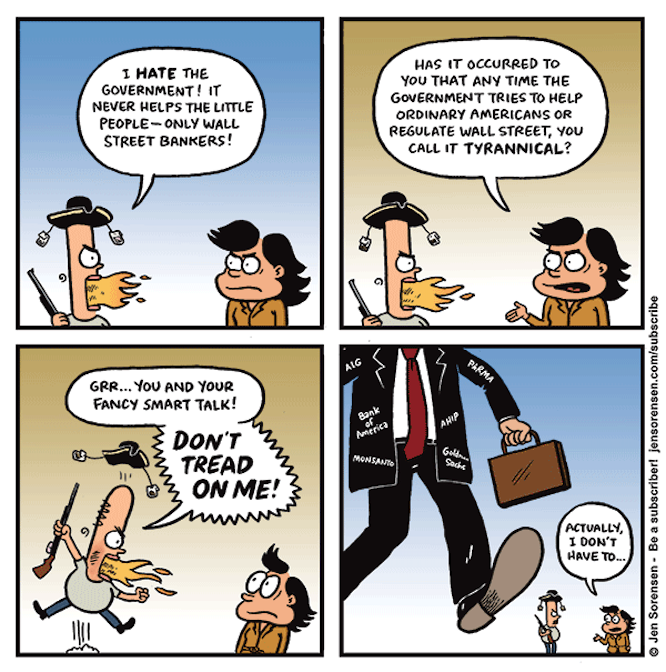 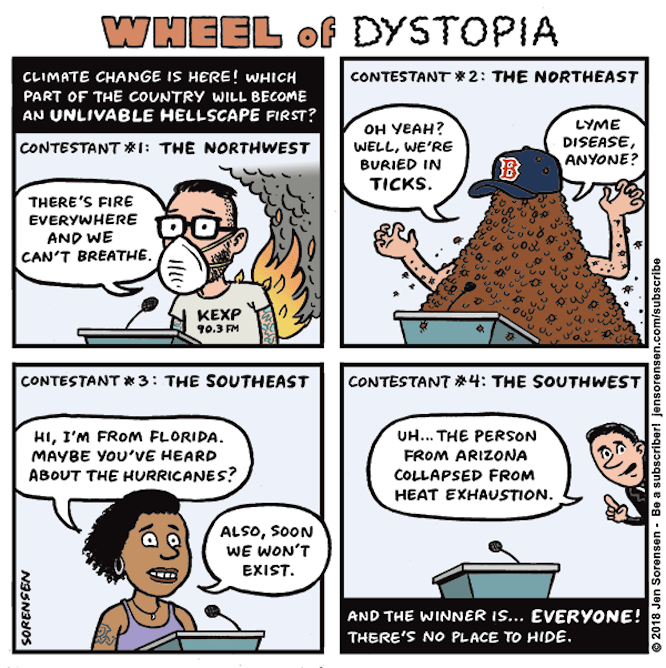