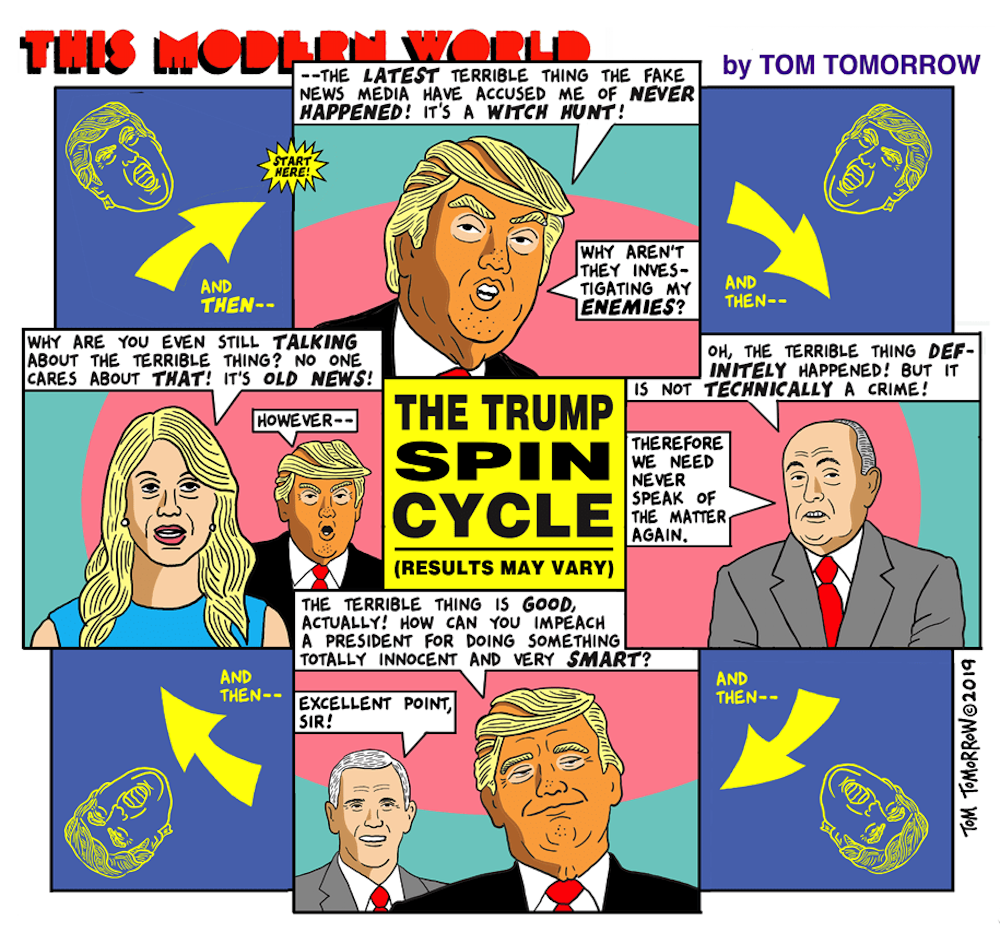 As a citizen I've been outraged at Lying Donalds actions long before he took the oath of office. If Nancy had been paying attention to the people and not her corpo-rat puppets masters she could have called for an impeachment inquiry on the day Lying Donald was sworn in. There must have been dozens of acts of treason being committed by the tRump cabal ever since, all worthy of impeachment, that she chose to ignore! As the old saying goes, "what do you want Nancy, egg in your beer?" Thank almighty Zeus, that she's finally come around!

No, I'm not complaining today as a citizen but as a political writer. Every week I find some outrageous act of treason Lying Donald has committed and write a column about it, but by the time it is published he's committed a dozen more, and the one I wrote about has largely been forgotten and replaced by things that are even worse! I can either throw the old article out and write a new one, but the trouble is, even if I do, there is no guarantee that he won't do something even worse before the ink is dry on the new column or run the old column as is!

Back in my school daze I dropped out and became a DJ just so I wouldn't have to teach poli-sci to a bunch of bright eyed kids and pretty much ruin their lives by telling them the truth. Something their high school teachers should have covered but didn't because you don't want to rock the boat, in your typical American school system, if you want to keep teaching. I found the whole point was to prepare the kids for a lifetime of being a corpo-rat slave, not in knowing the truth and knowing how to think.

So along comes the 12-12-2000 judicial coup d'tet replacing the winner of both the popular vote, (and as we found out later had the vote actually been counted) the electoral college too. So Al Gore the winner was out, and we had Smirky the Wonder Chimp pushed down our throats by the Extreme Court! Didn't that just work out fine?

Then 8 years of Barry who was almost as bad as Bush and now were stuck with a brain dead monster who is trying his best to destroy, not only America, but the world too. Am I outraged, you bet I am but following Lying Donald night and day is becoming just a bit too much. Still, come hell or high water, and high water is definitely coming, I'll be here doing what I can to hip you to the truth! Fight the good fight, America!

I feel much better now!

I see where in the Arctic, a summer of heat, melting and fire was rounded off by news that 2019 saw the second-lowest ever minimum extent of sea ice. Thats the point in early autumn each year when scientists say that the Arctic Ocean will begin to freeze again. By that measure, only 2012 had less sea ice than this year.

Meanwhile, the IPCC's latest special report on the oceans and cryosphere was full of bad news (the cryosphere is that part of the earth system where water occurs in its frozen form, usually as snow or ice). The region's glacier ice is retreating, the ground is thawing, forests are becoming a fire risk. Only people in low lying islands are as vulnerable to climate change as those in the Arctic, according to the IPCC.

So what happened in the Arctic in 2019? And why do Arctic geographers say what happens there matters so much for the world?

Let's start by looking at what made this year so worrying:

Greenland started melting early in 2019 and this reached historically high levels when warm air from Europe's midsummer heat wave arrived, causing melting over more than 90% of its surface.

While the cumulative area of melting is still smaller than the record-setting season of 2012, the total amount of ice lost is similar, because 2019's early melting quickly removed the previous winter's low snowfall and exposed older, dirty ice to the sun's glare.

Scientists also measure the end-of-winter maximum extent of ice cover, and this was also historically low, although not record setting. But lots of melting in spring and summer meant by mid-August there was only fractionally more ice than the same time in 2012, the year of record minimum. Moreover, Arctic sea ice is now less than half as thick as it was at this time of year in 1980, meaning it is less resilient to even moderately warm summers.

Then there were the extensive wildfires in Siberia and Alaska.

Probably most remarkable was the extent of vegetation burning right across the Arctic. By late July these slow-burning, long-duration fires had released 100 million tons of carbon, an amount similar to the annual output of countries like Belgium, Kuwait or Nigeria. By the middle of August, the smoke cloud covered an area larger than the European Union.

Turbo-charged warming in the Arctic

Air temperatures in the Arctic are increasing at least twice as fast as the global average. This is down to a series of strong feedback loops that amplify the initial warming and in turn create more warming. For instance, the loss of reflective snow and ice means more solar energy will be absorbed in the ground and ocean, warming the earth, causing more snow and ice to melt, and so on.

These feedbacks make the Arctic particularly sensitive to changes in climate: with 1.5 degree C (2.7 degrees F) of global warming, one sea-ice-free Arctic summer is projected per century, whereas at 2 degrees C (3.6 degrees F) this increases to at least one per decade.

As I've said before these feedback loops go on and on even without our help. If we stopped all pollution today they would go on and on regardless, making every year a little bit worse. We are at the point, or close to the point, of no return! Wake up, America!

Former New York City Mayor Rudy Giuliani and Lying Donald's personal attorney, appears to have played a major role in orchestrating the president's designs to frame Biden and his son Hunter. Assuming the part of an unofficial diplomat, Giuliani reportedly met with a Ukrainian prosecutor and with a senior aide to Ukrainian President Volodymyr Zelensky in order to press for an investigation of former Vice President Joe Biden. In doing so, Giuliani appears to have sidelined the national security officials who manage U.S.-Ukraine relations, expressing views that do not reflect U.S. policy. Giuliani also may have facilitated the premature recall of U.S. Ambassador Marie Yovanovitch from her post in Kyiv. And while he kept Trump apprised of his activities, Giuliani apparently left other officials guessing about his agenda and the source of his authority.

Among many other legal issues, these developments raise a question about the Appointments Clause: "Was it lawful for the president to dispatch an envoy to interface with a foreign government on his behalf, without first seeking the Senate's advice and consent?" I'm guessing that's the least of Rudy and Lying Donald's problems!

While Rudy has been subpoena for certain documents I'm willing to bet it won't be long until Rudy finds himself in front of three different House committees, either taking the 5th, or saying he was "only following ze orders!" Either way, Rudy wins this week's Vidkun Quisling Award! 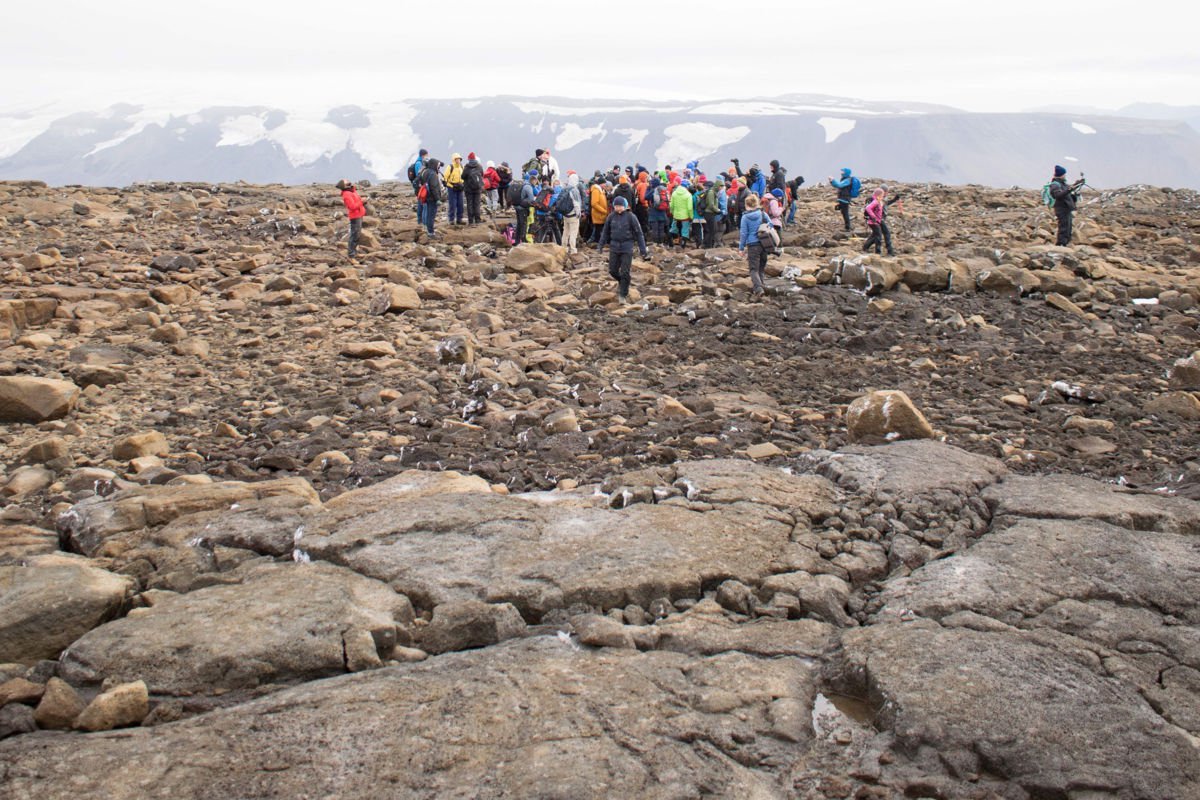 Friday. People attend a monument unveiling at the site of Okjokull, Iceland's first glacier lost to climate change, in the west of Iceland on August 18, 2019. 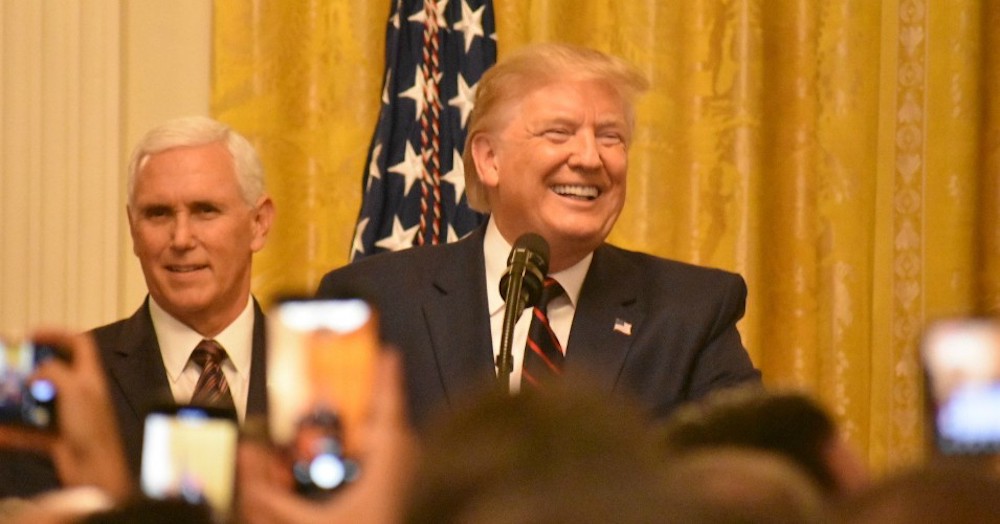 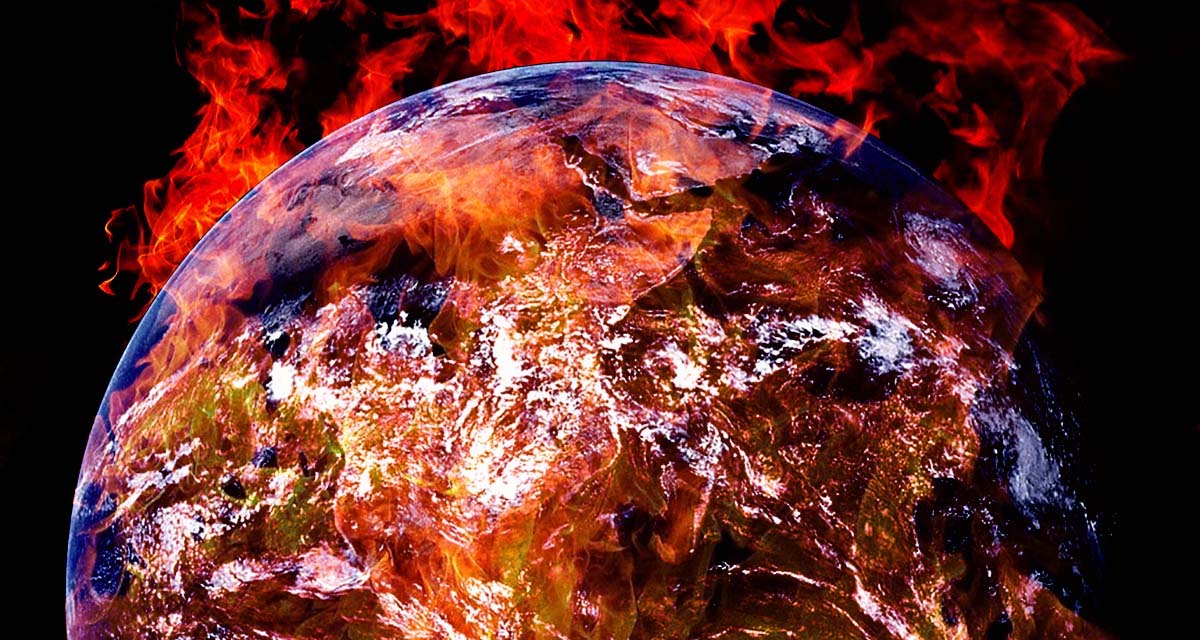 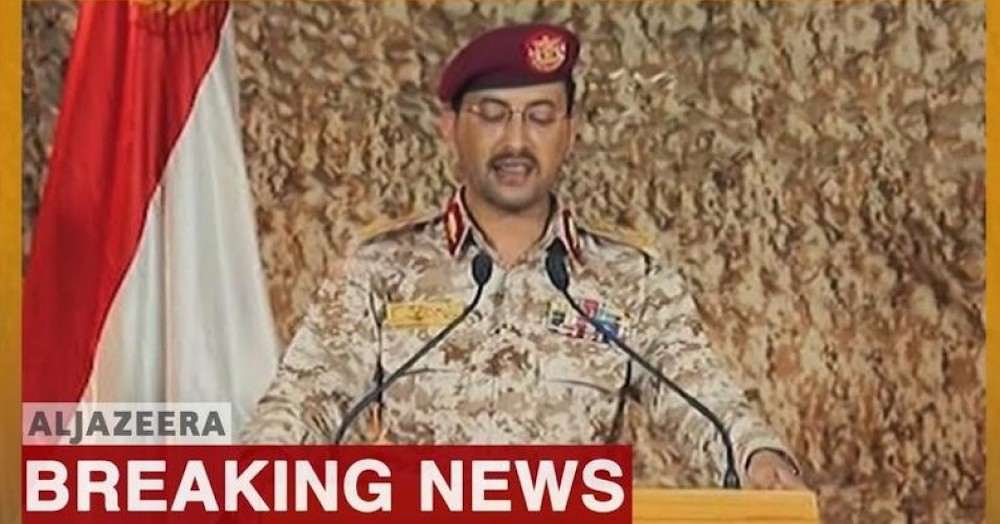 If the Houthi claims are even partially true, it underlines the weakness of Saudi security yet again, in the wake of the
drone attacks on their Abqaiq petroleum processing plant in the Eastern Province, which initially knocked out about half of their petroleum exports. 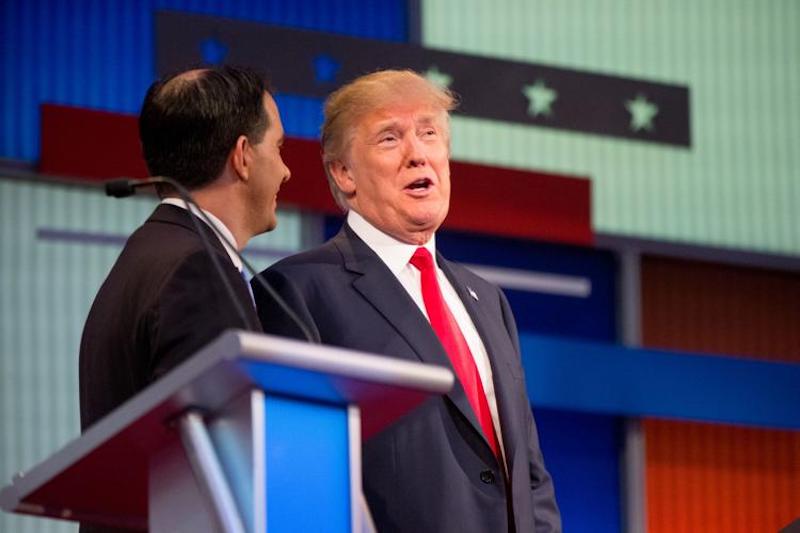 Former Gov. Scott Walker is all hot and bothered about the decision of House Democrats to
launch an impeachment inquiry into President Donald Trump's wrongdoing. Unfortunately for
Trump, Walker is not up to the task of making excuses for the president's high crimes and misdemeanors. 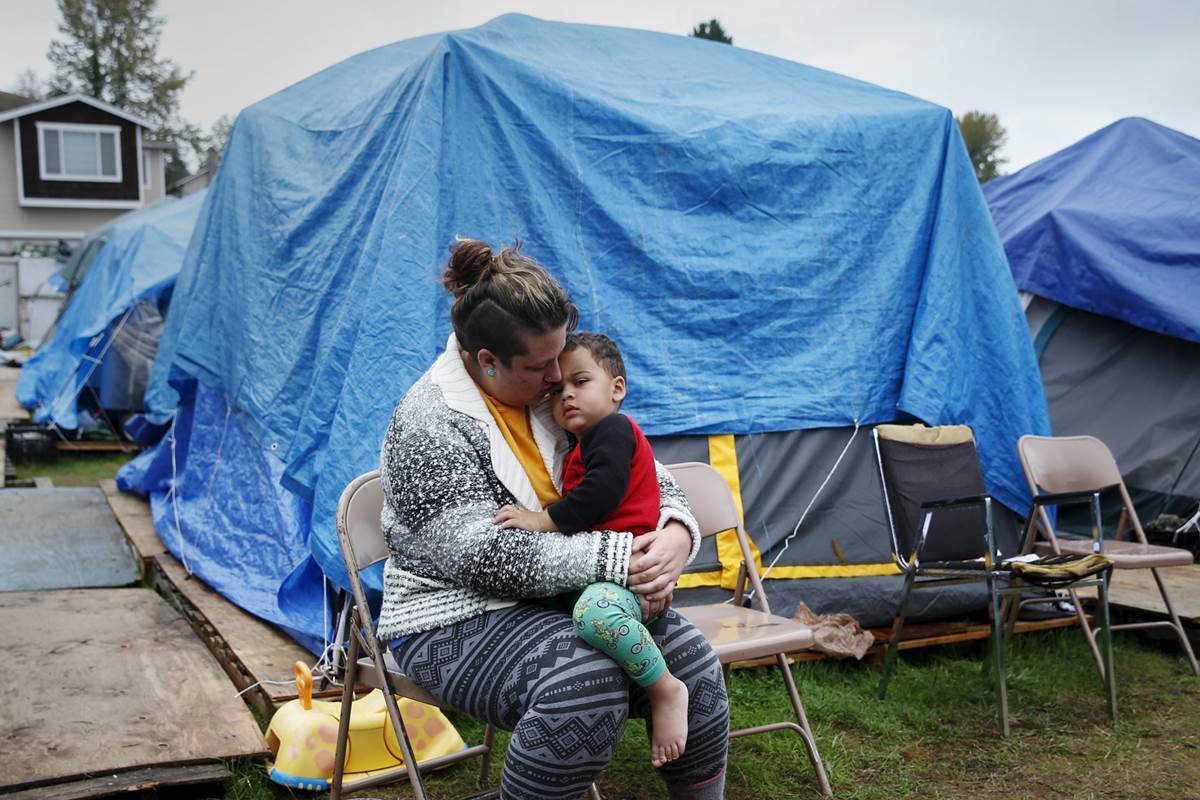 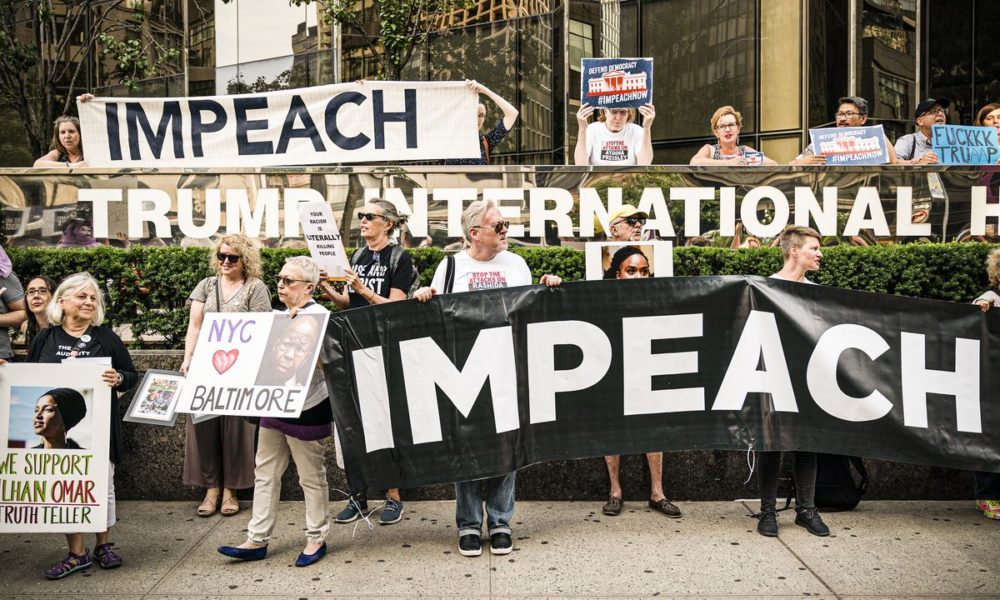 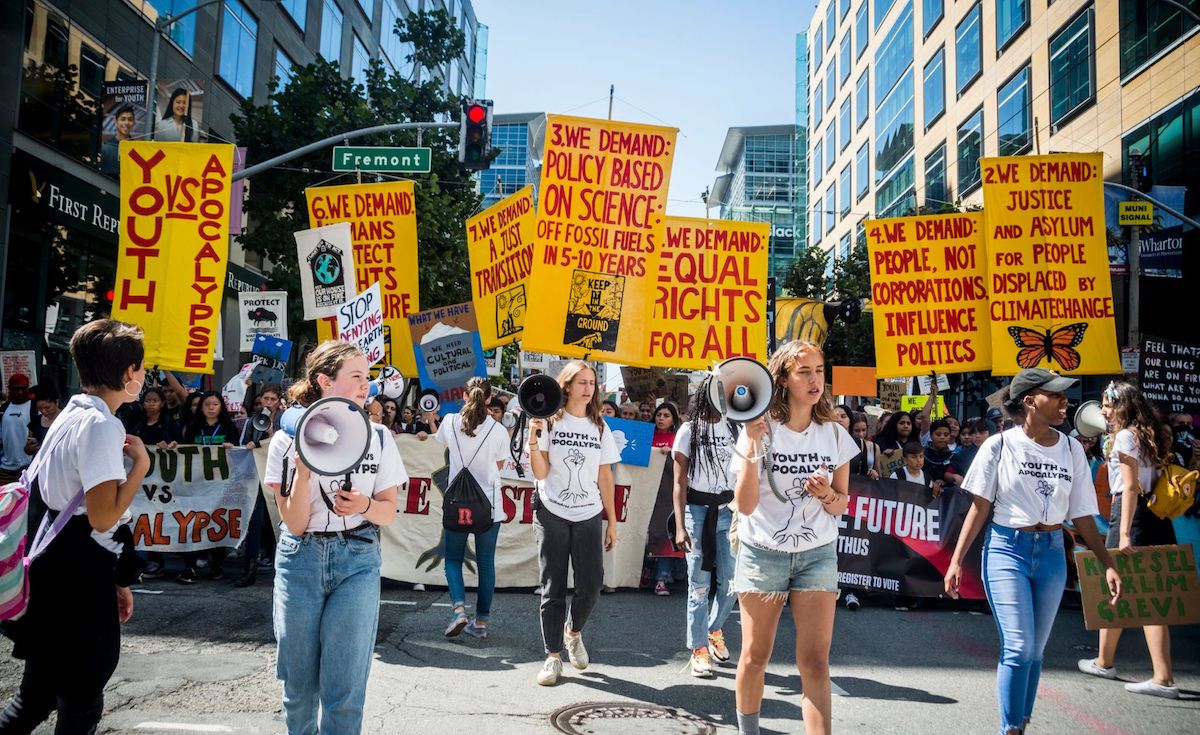 Unequal privilege keeps the door open to those with influence who
continue to manufacture distrust of climate science and meaningful solutions. 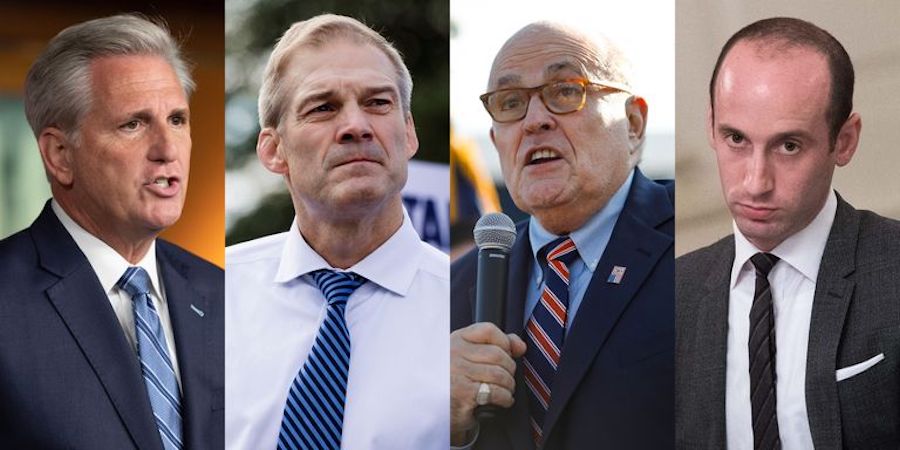 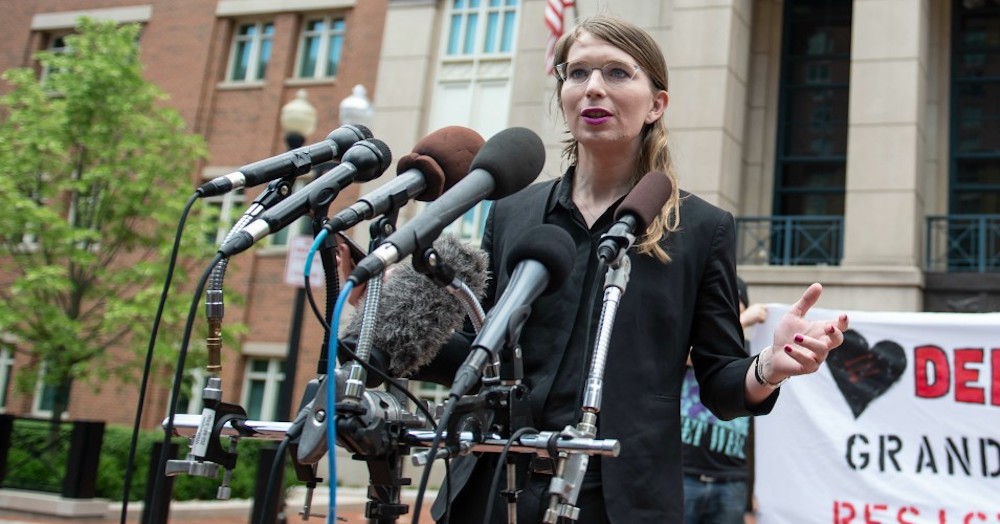 Former military intelligence analyst Chelsea Manning speaks to the press
ahead of a Grand Jury appearance in Alexandria, Virginia on May 16, 2019. 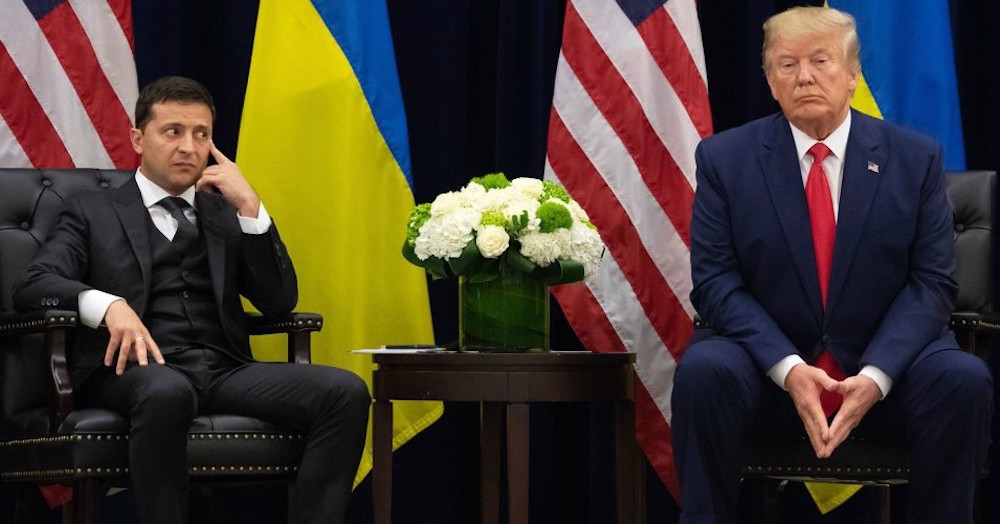 US President Donald Trump talking to Ukrainian President Volodymyr Zelensky during a meeting
in New York on September 25, 2019, on the sidelines of the United Nations General Assembly. 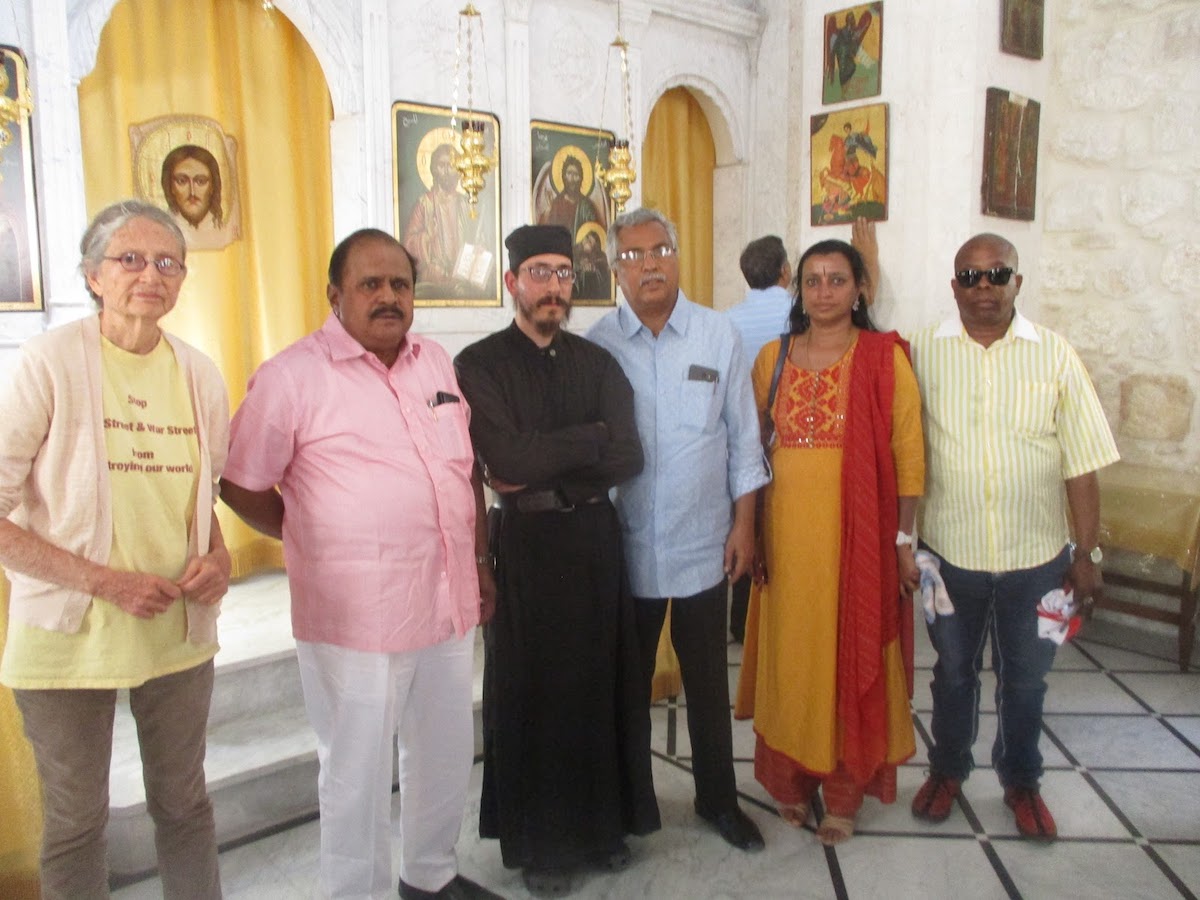 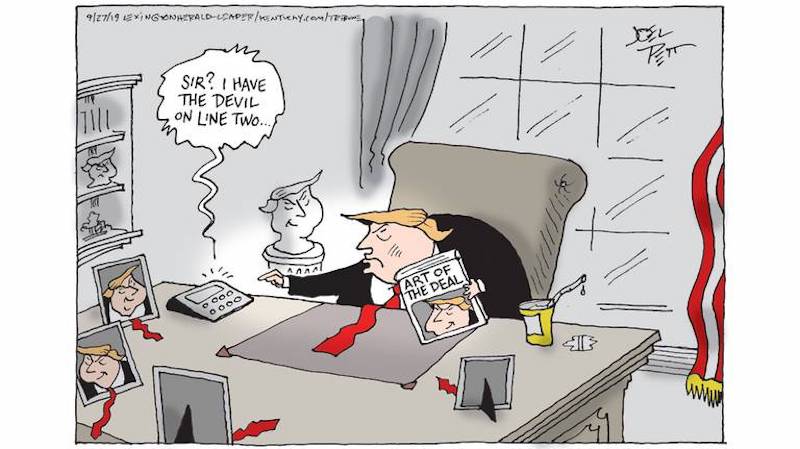 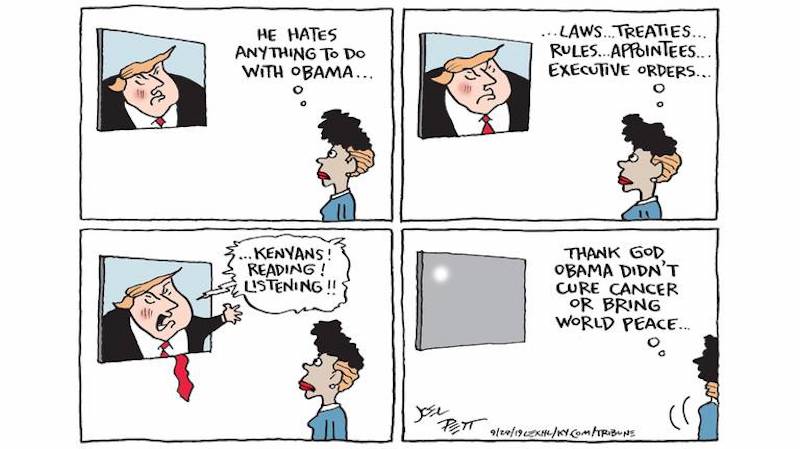 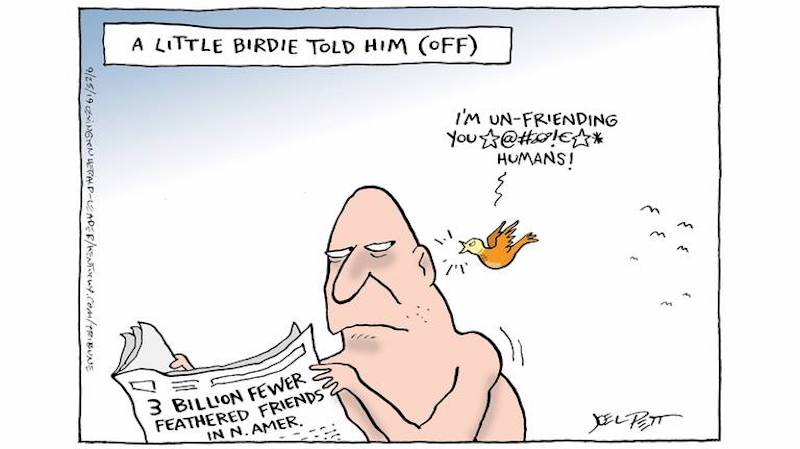 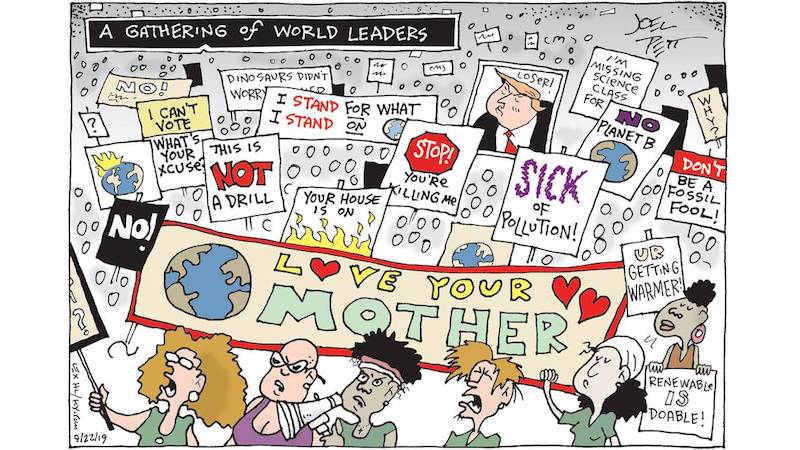 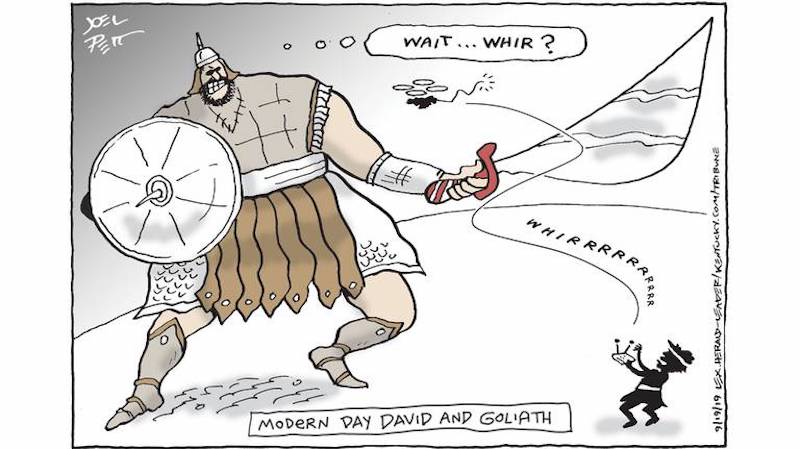 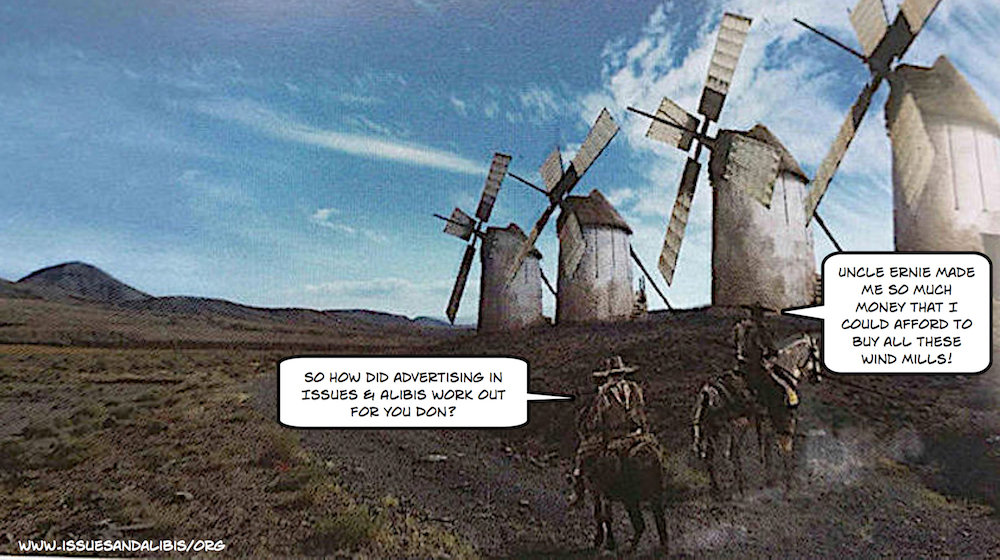