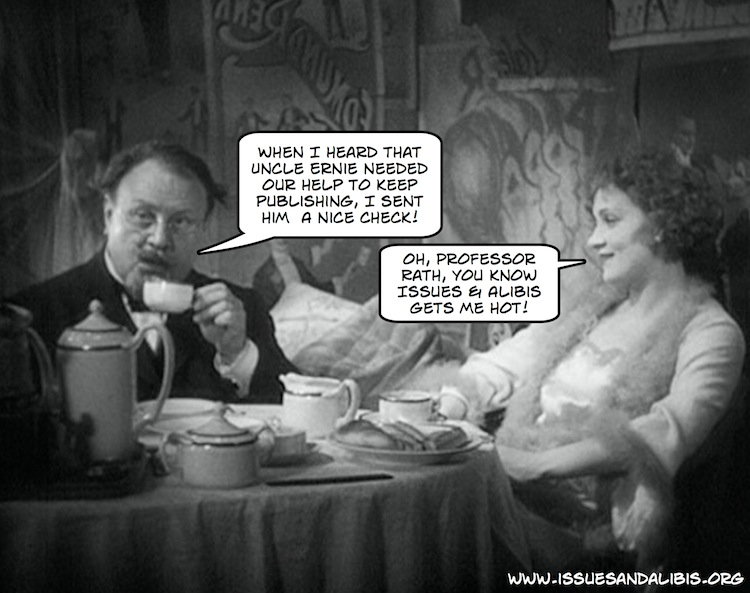 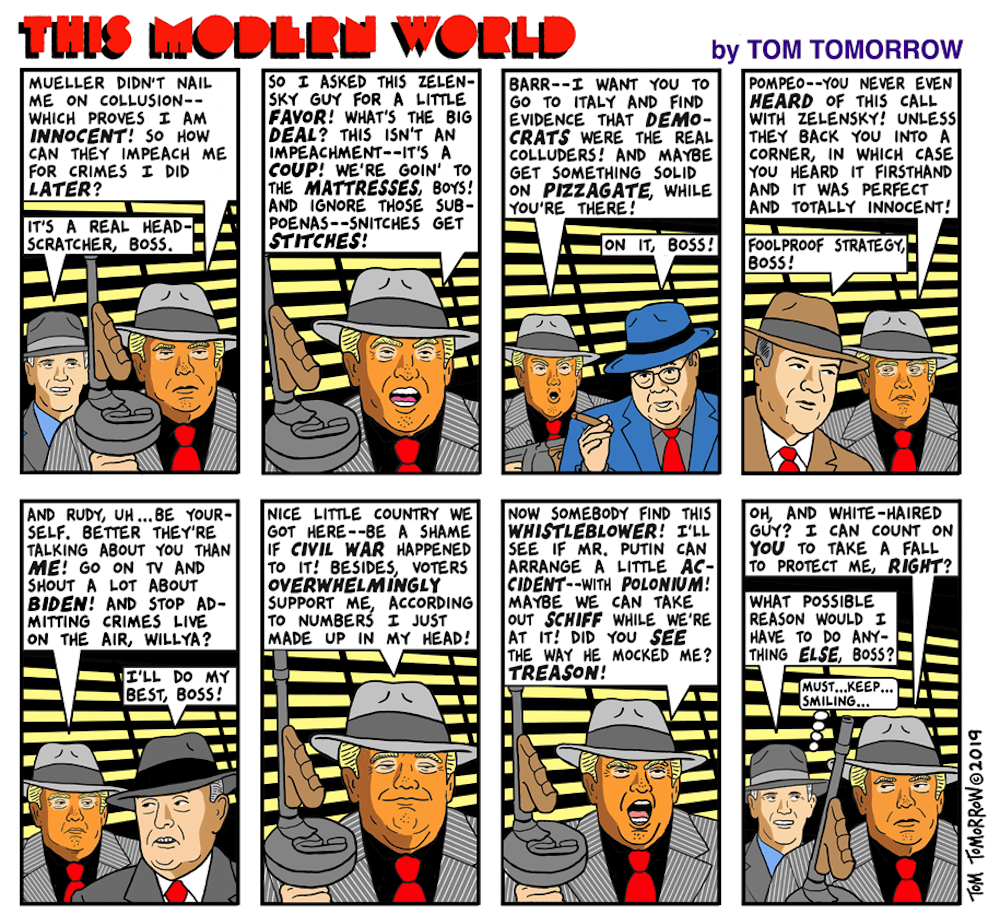 Just when you think that Lying Donald couldn't possibly say anything more about himself that could blow your mind, even more than it's already been blown he says "...my great and unmatched wisdom!" I'm going to repeat that again, for those of you on drugs...


"MY GREAT AND UNMATCHED WISDOM"


I've seen better heads than what Lying Donald posses on beers! He's got all the wisdom of a duck! And after saying that, I must make a deep and sincere apology to all the members of duckdom!

Lying Donald said that after announcing he was bringing out all the American troops in Syria along the Turkish border, thus allowing Recep Tayyip Erdogan to attack the Kurds who have been dying in their thousands to destroy ISIS so American troops aren't dying in their thousands to do the same job that the Kurds did. When pointed out to Lying Donald that abandoning our ally the Kurds, to the tender mercy of Erdogan who is ready, willing and able to kill every Kurdish man, woman and child; by not only the Democrats, but by many Rethuglicans too, was a very stupid thing to do. Lying Donald said, "...if Turkey does anything that I, in my great and unmatched wisdom, consider to be off limits, I will totally destroy and obliterate the economy of Turkey (I've done before!)."

I don't know if he winkled when he said it, but we all know he will do no such thing! Don't you wonder what effect this will have on our other allies, both now and in the future? I know I do!

I see where the Colorado mountain snowpack is shrinking and melting earlier in the spring. Warmer and longer summers dry out vegetation and increase the threat of wildfires in western mountain forests, where the fire season has lengthened by at least a month since 1979.

I remember training, when I was at Ft Carson, Colorado, to fight wildfires and got called out by the sergeant for making a silly remark and asked to teach the class if I knew so much, and much to his surprise, and mine, I did. Ft Carson sits outside of Colorado Springs at the foot of Cheyenne mountain and Pikes Peak. This was back about 1967, if memories serves, and even then wild fires were a problem.

Todays growing wildfire risk is just part of an accelerating cycle of global warming impacts in the world's mountain regions, according to a new Intergovernmental Panel on Climate Change report that includes a section focused on mountains for the first time in more than 20 years.

"Snow cover duration has declined in nearly all regions, especially at lower elevations, on average by five days per decade," the mountain chapter of the IPCC report says. On average across Western North America, the European Alps and High Mountain Asia, temperatures are warming by 0.54 degrees Fahrenheit per decade.

The result is that melting glaciers and changing mountain river flows, disrupting plants and wildlife, and increasing the risk of extreme rockslides, avalanches and mountain floods caused by rain falling on snow.

"Taken together, global warming impacts represent an existential threat to millions of people in the Andes, the Himalaya, the European Alps, and the U.S. Mountain West including Alaska," said Heidi Steltzer, a biologist at Fort Lewis College in Durango, Colorado, and a lead author of the mountain chapter.

"Shrinking glaciers and snow harm Indigenous Peoples and rural communities greatly. Concern, commitment and action on climate change should not depend on which places, species or people are impacted. Instead, they should be motivated by compassion," Steltzer said.

In Crested Butte, about 100 miles southwest of Leadville, hydrologist and physicist Rosemary Carroll studies how disruptions to the water cycle will affect local ranchers and ski areas, as well as drinking and agricultural water supplies hundreds of miles away.

The IPCC assessment found that "global warming will change the timing and amount of runoff, affecting water storage and delivery infrastructure around the world," a finding backed by research focusing on the West.

A 2016 study in six Western mountain ranges showed rising temperatures will shift the snow accumulation zone and runoff timing enough to have significant impacts on water cycles. And some towns in the Rockies and Sierra Nevada are at risk from dangerous flash floods as global warming brings rain, rather than snow, to some mountain regions.

Carroll pointed out her living room window to a craggy ridgeline where she measures how water from melted snow trickles through rocks and meadows down to the East River, on to the Gunnison River and finally into the mighty Colorado.

"The new normal is that the snowpack is melting earlier and we have earlier runoff, and that's a fact. There's going to be less water for a given snowpack. Even in average snowfall years, global warming is reducing the amount of available water for irrigation and storage," she said.

As I've said so many times before, all you folks out in the west should move to the Great Lakes states if you want to have any water to drink, as it's only going to get worse!

When Moscow Mitch said the other day, "Nancy Pelosi's in the clutches of a left-wing mob. They finally convinced her to impeach the president. All of you know your Constitution. The way that impeachment stops is a Senate majority with me as majority leader." So Moscow Mitch won't let Lying Donald be impeached, was anybody surprised? I certainly wasn't.

I knew from the get go that impeachment was dead in the water as soon as it arrived in the Senate but I supported impeachment anyway. Trying to impeach Lying Donald does two positive things. First we had to impeach him or else he would feel free to do any act of treason that crossed his mind, and without the impeachment the case could be made that we support his crimes! Second anyone in the Senate that votes with Moscow Mitch will be saying they support Lying Donald's crimes and will be open to being removed from office as their opponents will certainly use their vote against them come November of 2020.

My only question is "are the people of Kentucky that stupid and traitorous to reelect Moscow Mitch?" They must be, as they keep electing the bastard! Be that as it may, this week's winner of the Vidkun Quisling Award is Moscow Mitch (the bitch) McConnell. 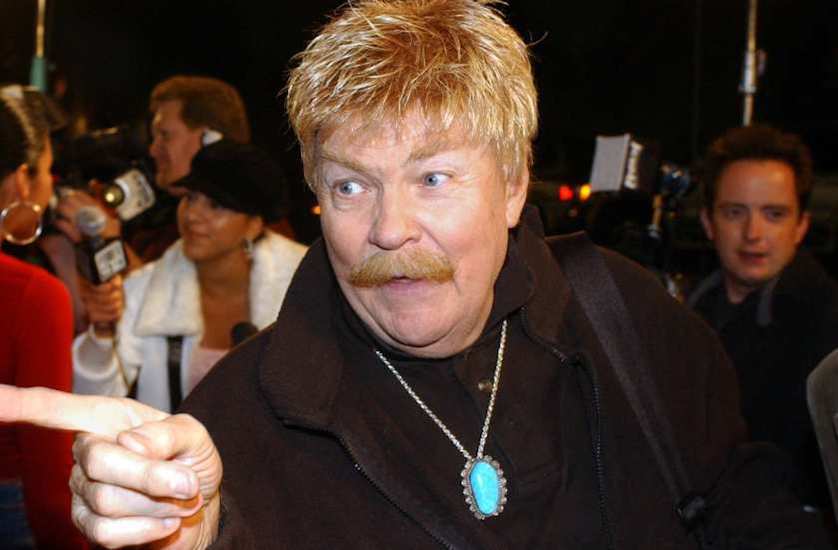 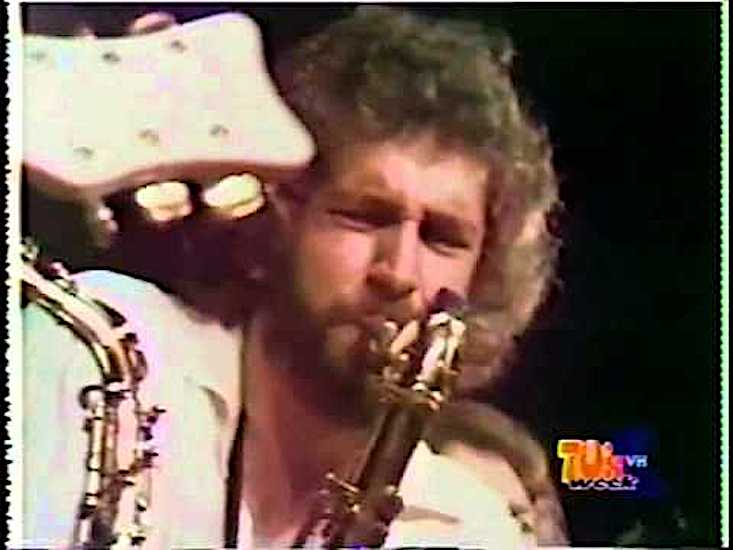 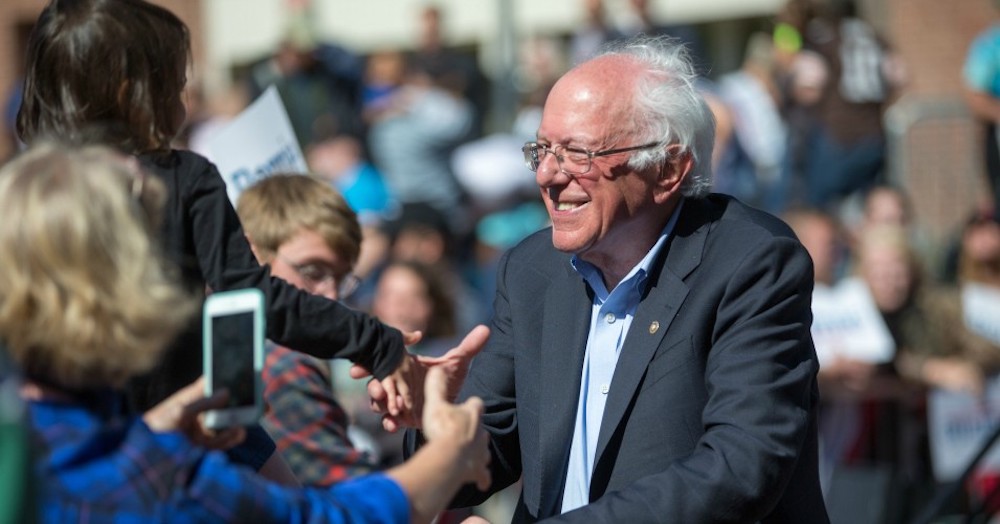 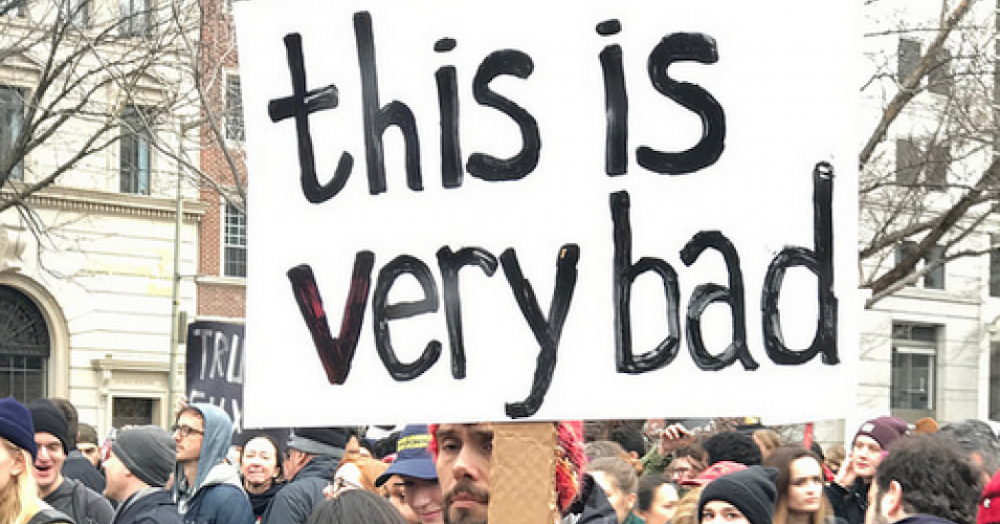 Never has the drug industry accumulated more profits and government
subsidies, yet so many patients cannot begin to afford lifesaving medicines. 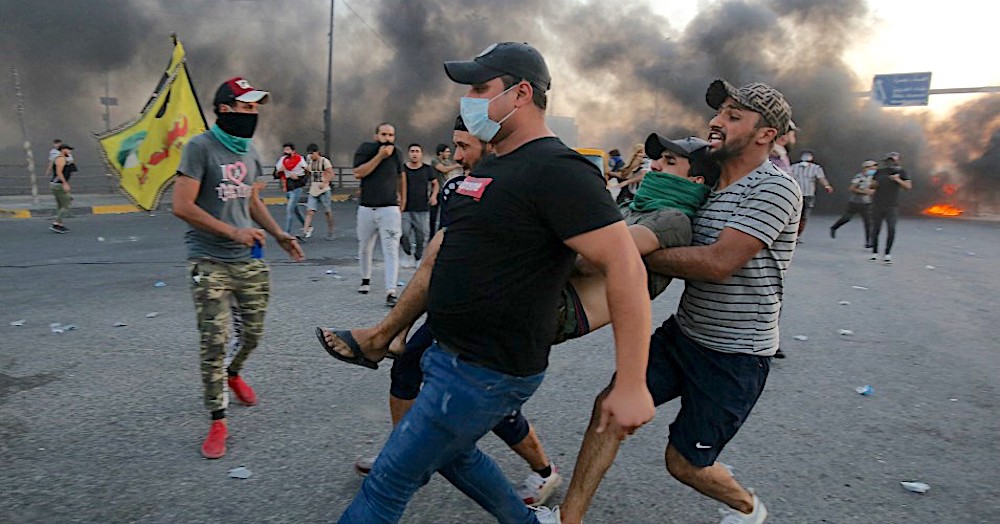 Iraqi protesters during clashes amid a demonstration against state corruption, failing
public services, and unemployment in the Iraqi capital Baghdad on October 5, 2019. 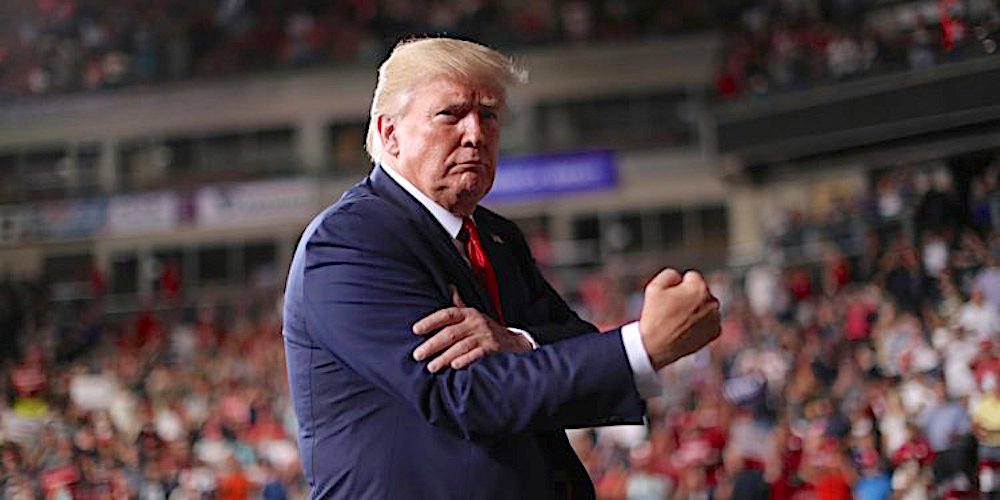 Donald Trump pats his bicep and pumps at an August 2019 rally. 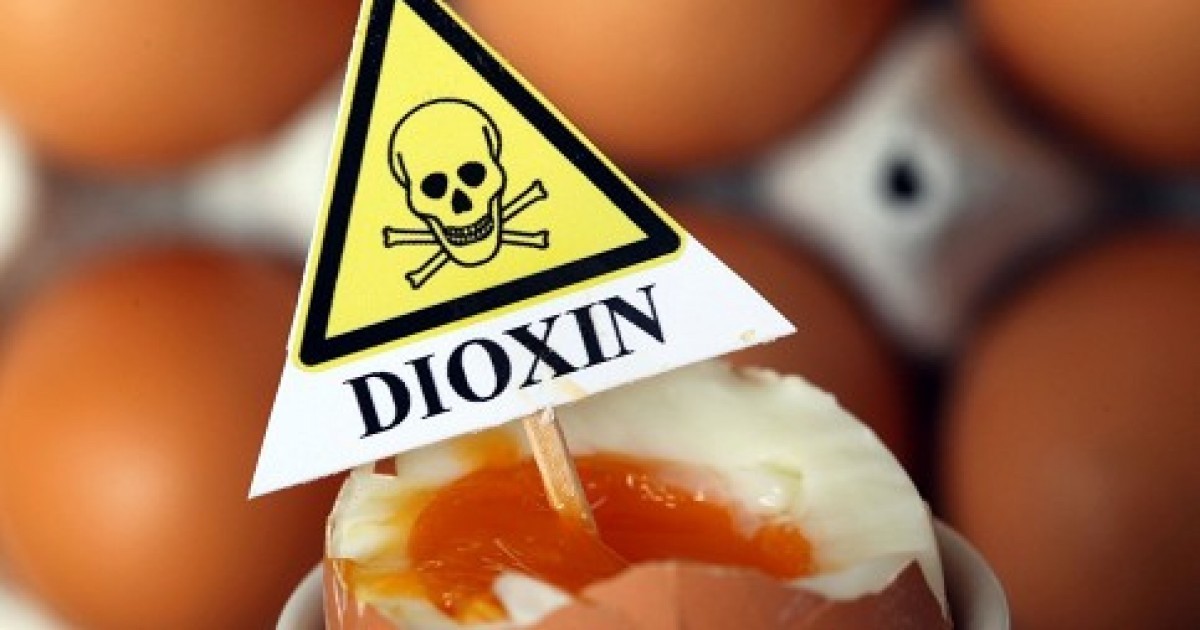 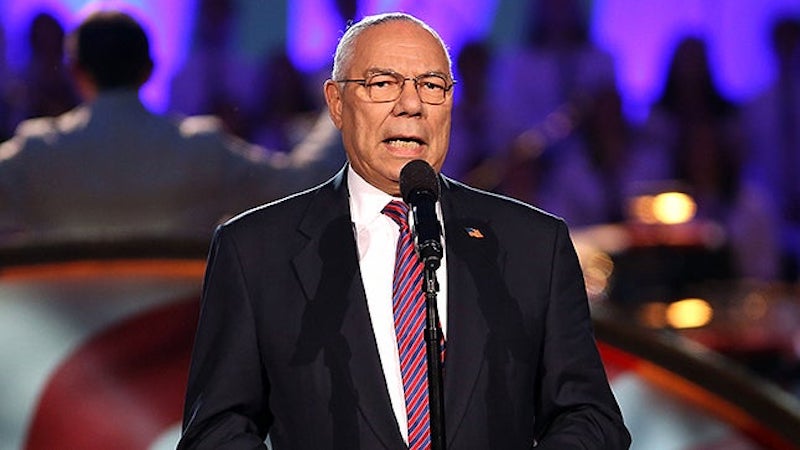 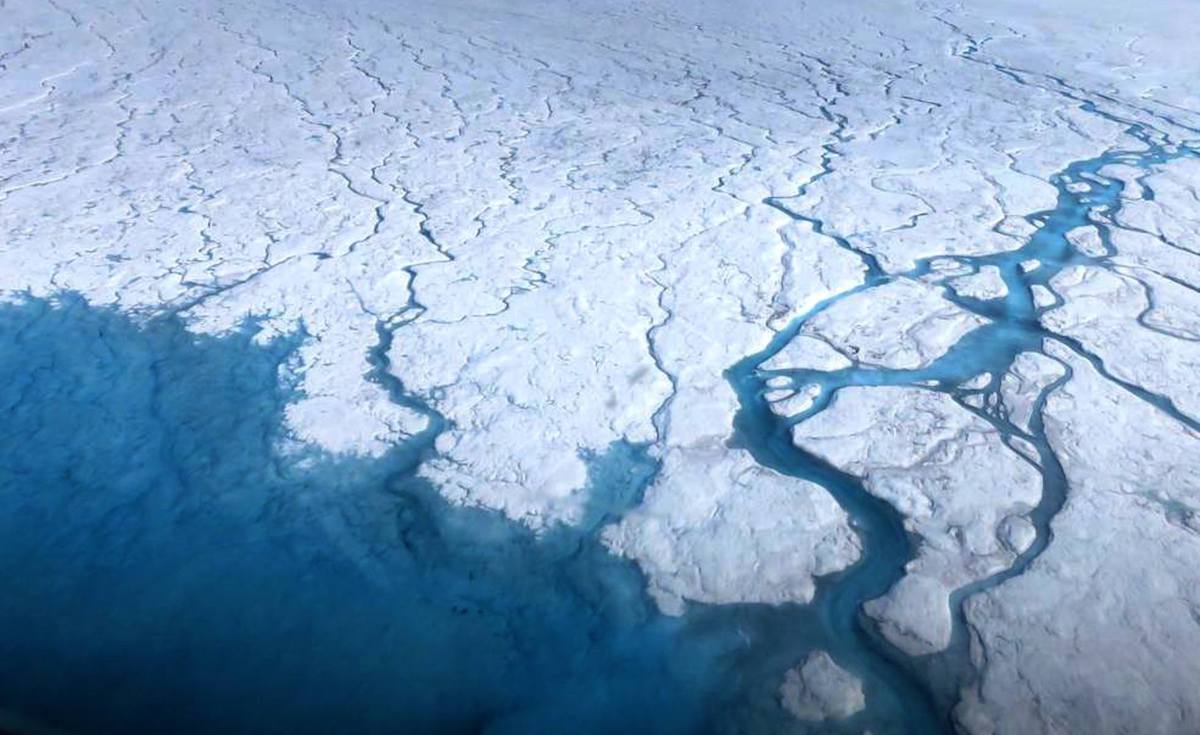 In every scenario the IPCC examined, it found extreme sea level events that previously
occurred every 100 years will likely happen every year by 2050 at many locations. 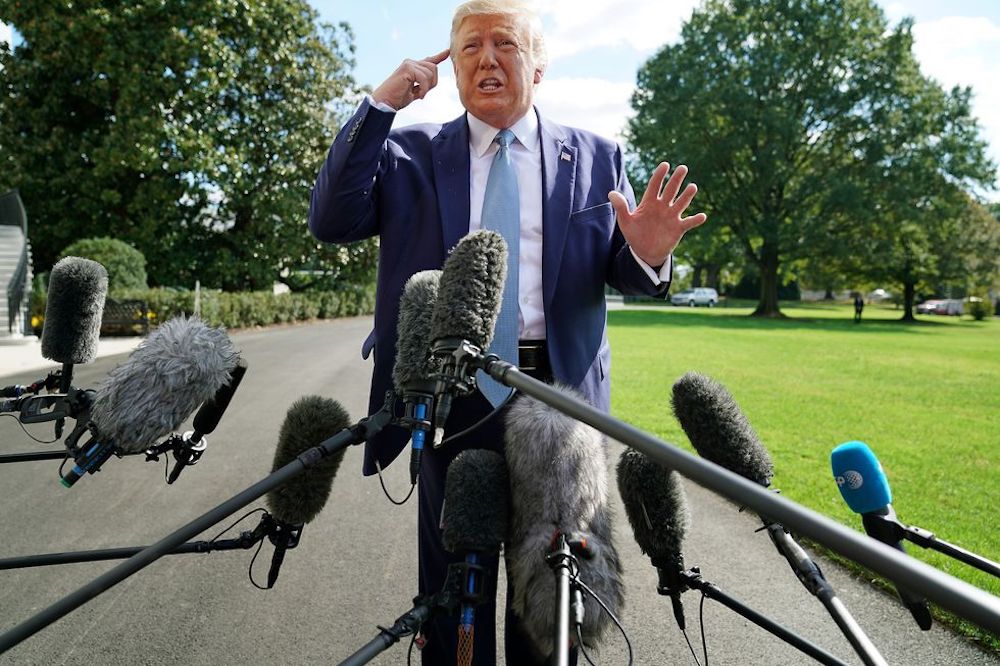 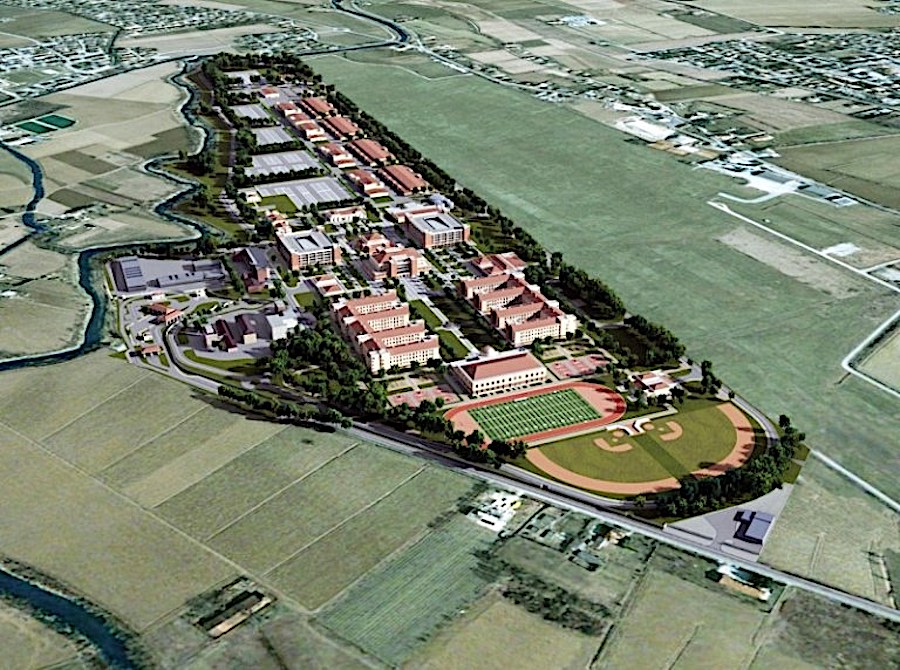 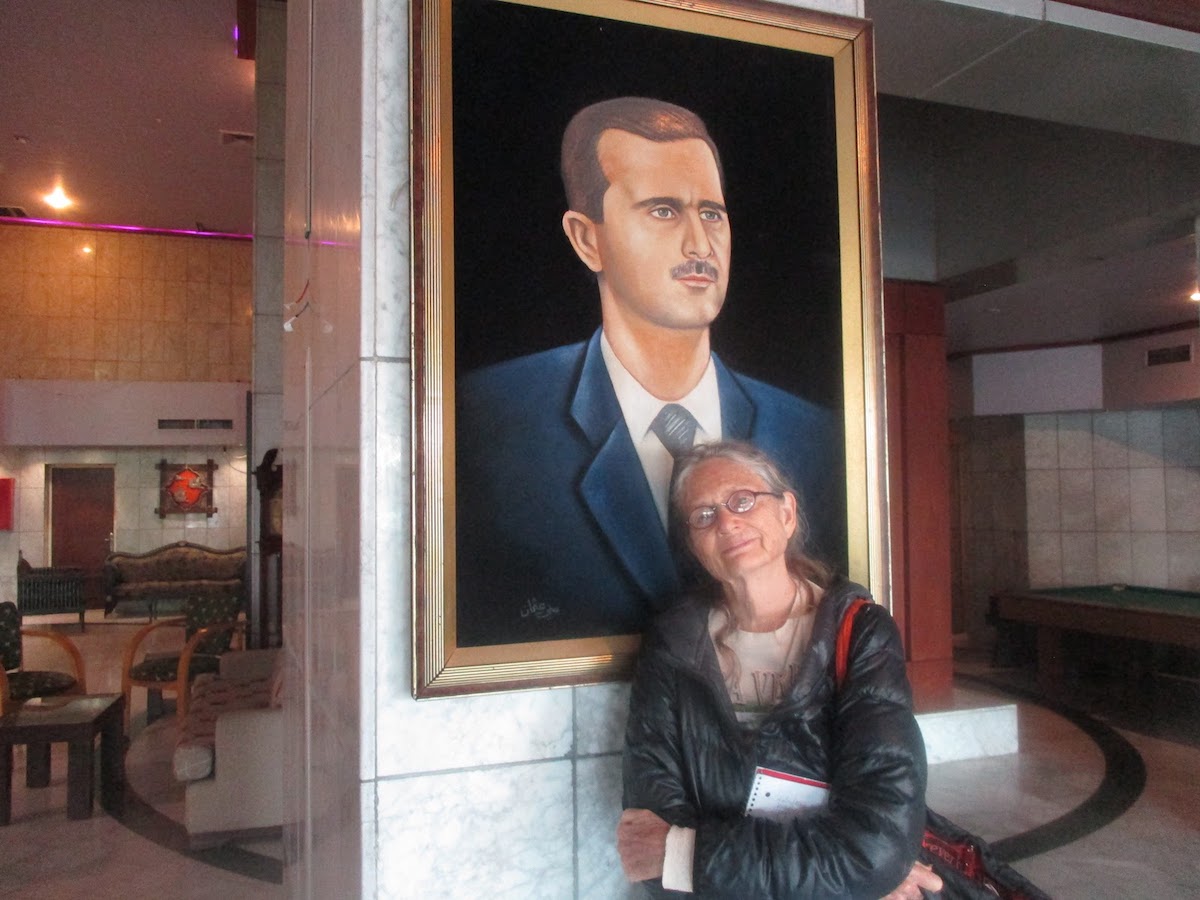 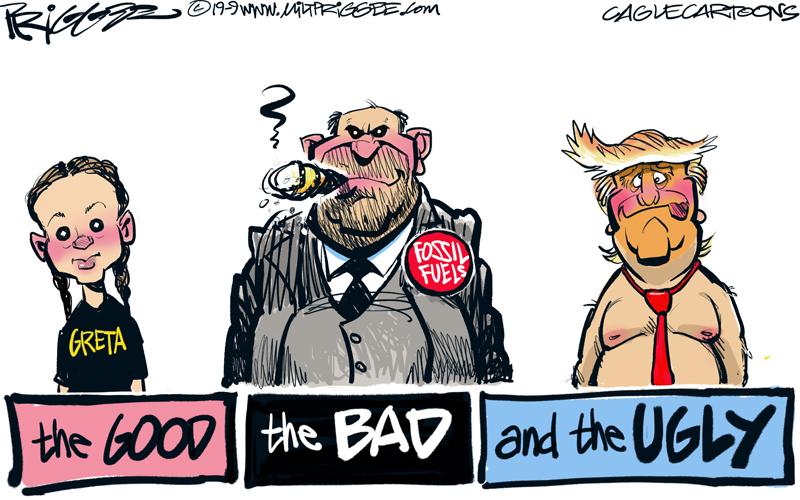 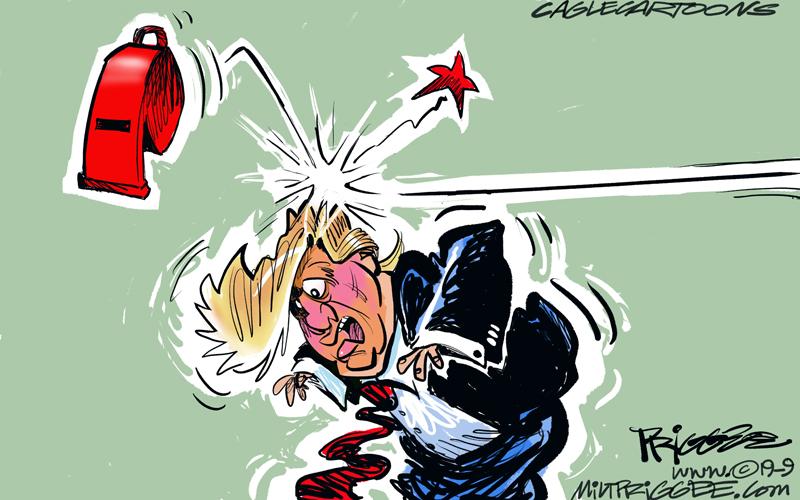 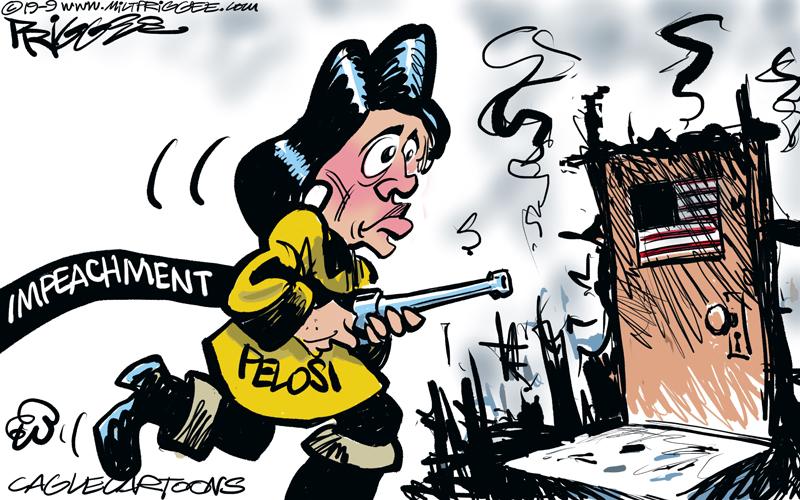 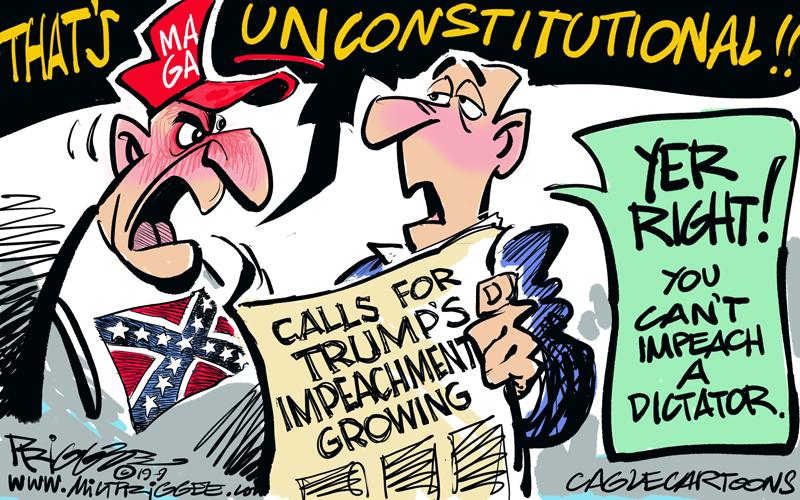 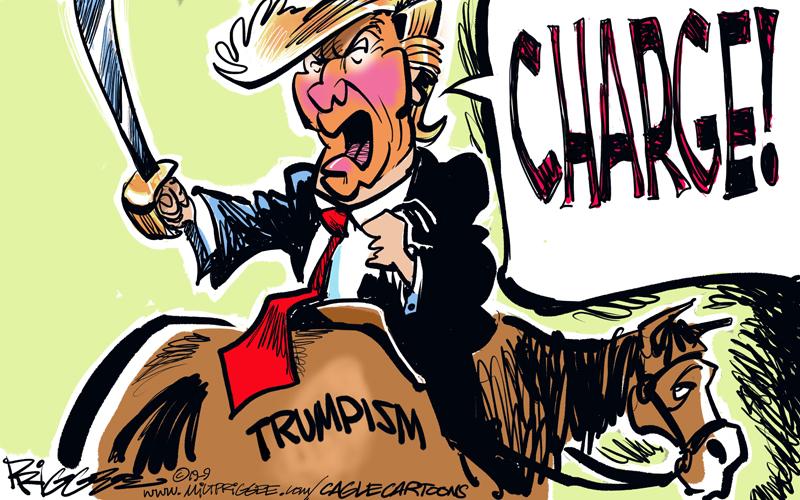 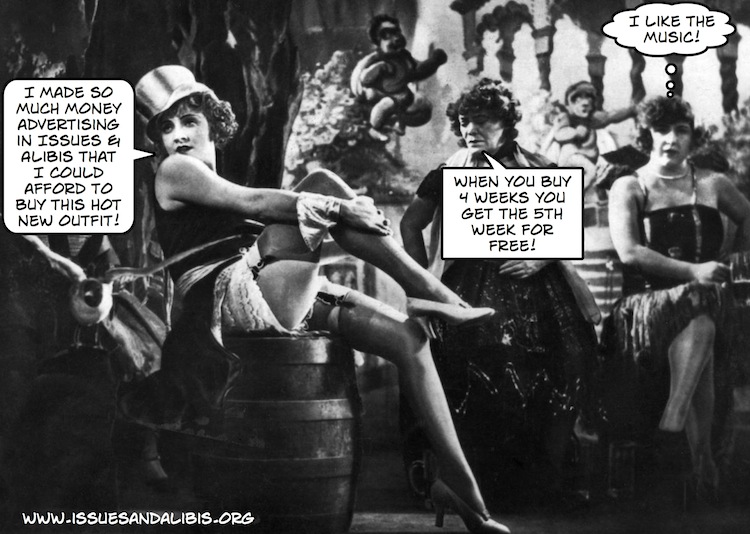