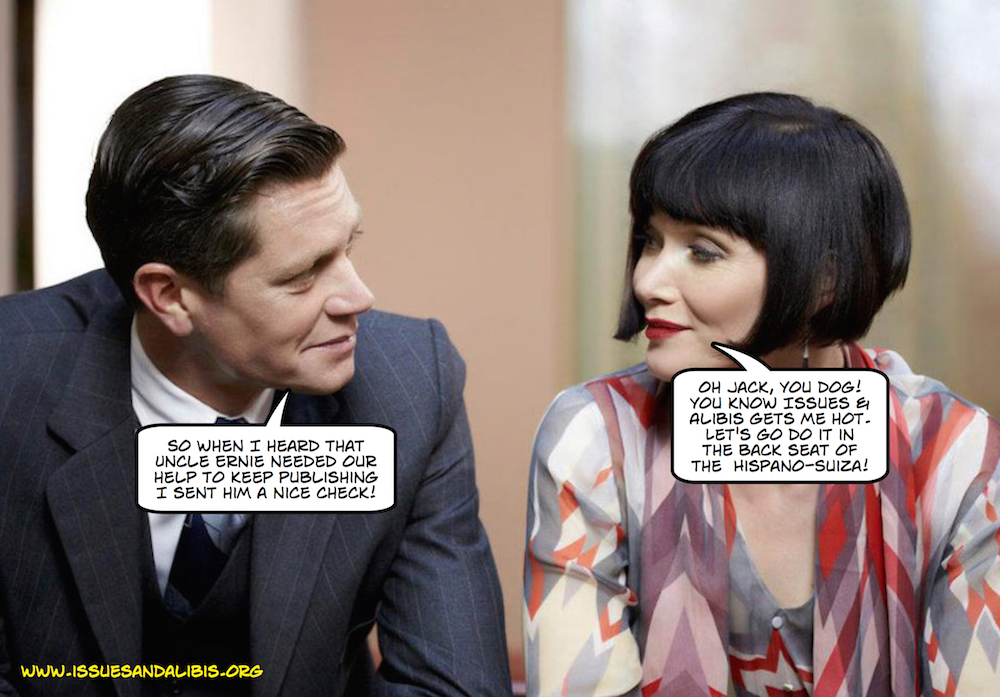 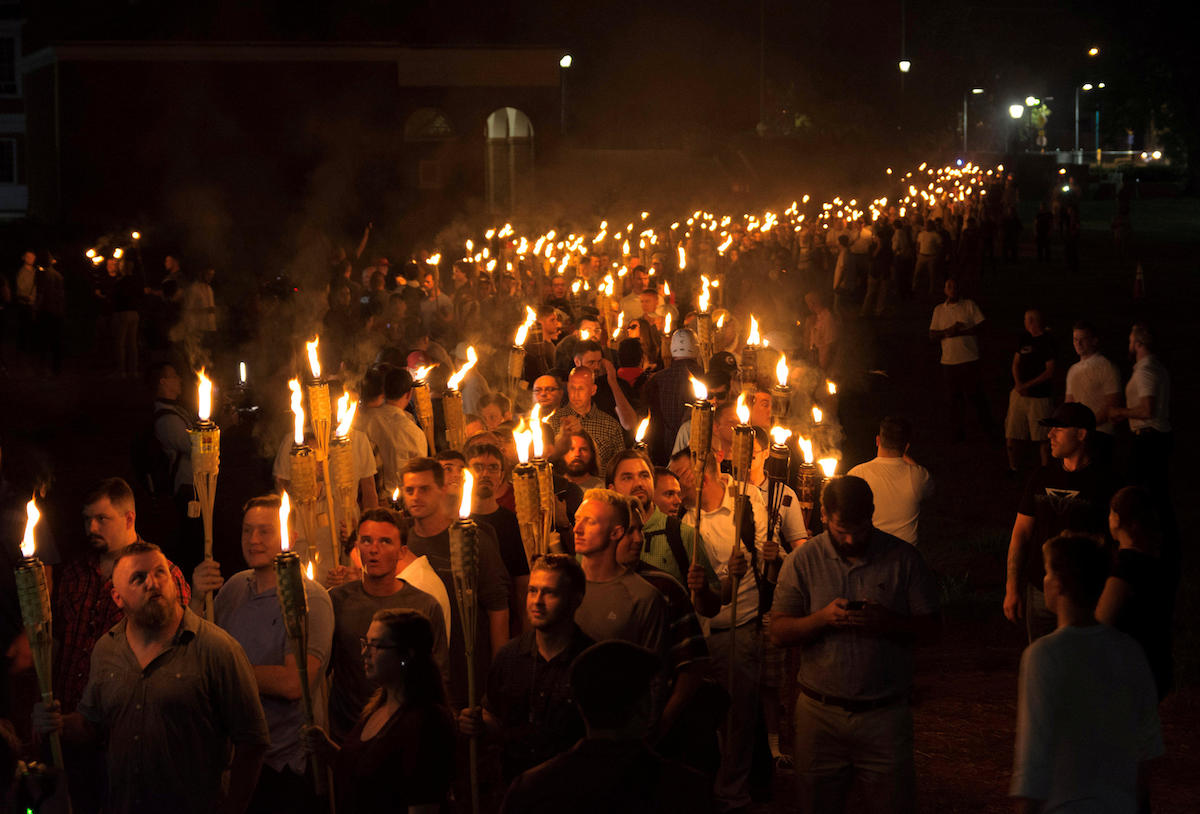 Back in high school someone turned me on to Franz Kafka's "Metamorphosis." I was amazed after reading it that I hadn't read it before as by this time a had a few hundred Sci-fi, Fantasy and Horror books in my library. Like the "Valley of the Gwangi," I had a series of nightmares about it for a week or two and hence "Metamorphosis" was always etched into my mind.

So when the "Unite the Right" rally came along in Charlottesville, Virginia, back in August of 2017 I started having flashbacks to Metamorphosis. When Lying Donald was forced to make remarks about the rally he condemned, "hatred, bigotry, and violence on many sides." There was only one side who were full of "hatred, bigotry, and violence." Like Lying Donald does, i.e., lie, he said that there were, "very fine people on both sides." And with that the America that I knew, the America that so many other Rethuglicans had tried to change to the far right was reborn as tiki torch carrying fascists. In the last couple of years it's only gotten worse! Even Ike wouldn't have ripped babies from their mothers arms, and put them alone in cages.

Sure, Ike caused the needless deaths of whole American towns out west by dropping a-bombs just over the hill to see what would happen in a near hit and what happened was whole towns died from horrible tumors. He shut down factories and let schools out so they could all play in the lovely pink snow that was falling all about. What a guy, huh?

Don't get me started on Tricky Dick and Ray-Guns, not to mention the Crime family Bush or the extreme court. Besides you may have read the thousand or so columns I've written about them! But thanks to them, and their brain washing of Americans, we got stuck with Lying Donald. The reason I started this magazine was because of what I saw in the 2000 elections, the extreme court coup d'etat that gave Smirky the Wonder Chimp the presidency, instead of Al Gore who actually won the election, when the votes were actually counted! Not just the popular vote but the electoral college as well. And please don't get me started on Hamilton!

This nightmare is far scarier than anything Kafka ever wrote. As a wise young girl once said, "Be afraid. Be very afraid," America!

I see where the Mediterranean basin is one of the hot spots of this global warming crisis, and in some ways it is being "hit harder than other parts of the world," according to Wolfgang Cramer, scientific director at the French-based Mediterranean Institute of Biodiversity and Ecology (IMBE).

A new report, whose main conclusions were presented on Thursday in Barcelona, shows that the temperature increase in the Mediterranean region has already reached 2.7 degrees F above pre-industrial levels, which means that the warming effect in this area is 20% faster than the global average. Nearly as fast as the Arctic! 3.6 F or 2 C is the tipping point of now return!

And what's coming next, if additional measures to reduce greenhouse gases are not taken, is much worse: by 2040 the temperature increase will be 3.96 degree F, and possibly as much as 6.8 degrees F in some parts of the basin by 2100. In just two decades, 250 million people will suffer from water scarcity due to the droughts.

The report was presented at a meeting of the Union for the Mediterranean, an international organization whose members include EU states as well as countries of the Southern and Eastern Mediterranean.

Since 2015, a group of over 80 scientists working under Cramer's guidance has been working on a study that is being touted as "the first-ever comprehensive scientific report on the impact of climate and environmental change in the Mediterranean region."

"Never before had there been such as complete synthesis as this," says Cramer about a document that is filled with alarming information. The project coordinator notes that many people are in a vulnerable situation because "they live very close to the sea and also because they are poor and have few options for protecting themselves or moving away." The report warns that in future there will be longer and more intense heatwaves, as well as more frequent periods of drought.

Despite the pessimistic outlook, Cramer underscores that the goal of the study is to "provide balanced information about the risks for the entire Mediterranean basin" to politicians and their advisors. The scientist also makes a call for action: "The North needs to help the South to adapt, to guarantee stability for the economies of southern countries. Every ton of CO2 that is reduced makes a difference."

Grammenos Mastrojeni, the deputy secretary general for Energy and Climate Action at the Union for the Mediterranean, believes that this report can be useful to government leaders when they need to make policy decisions.

"We are not used to incorporating climate and nature into our policies and our planning. But if we don't, we will be the victims of a very strong dynamic that will change the foundations of the interests on which we have built the balance of the Mediterranean," he said in a telephone conversation.

"If we don't plan for this, it could become a very important destabilization factor. But if we manage to incorporate it into our policies, it could transform into an opportunity to improve our cooperation and achieve progress that is fair, lasting and equitable in the entire region," he adds.

Lindsey once described Lying Donald thus: "The more you know about Donald Trump, the less likely you are to vote for him. The more you know about his business enterprises, the less successful he looks."" Truer words were never spoken! However, knowing how evil Lying Donald is, and the total destruction of America is in his plans, Lindsey thinks impeaching Lying Donald would "destroy the nation for no good reason." Don't you wish Lindsey would come out of the closet and be himself?

So, you know what I've done? NO, lets not see all the same hands... that's right, Lindsey Graham wins this week's Vidkun Quisling Award! Congratulations Lindsey I bet your mama would be proud! 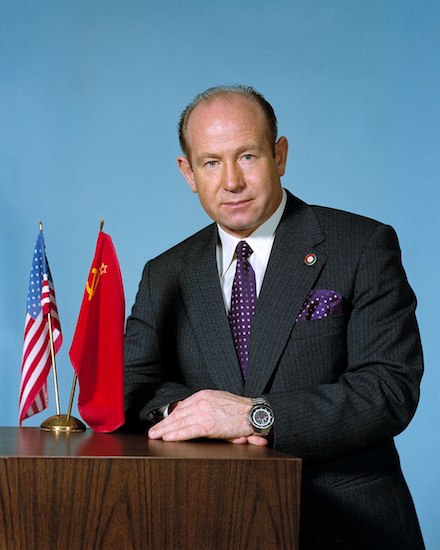 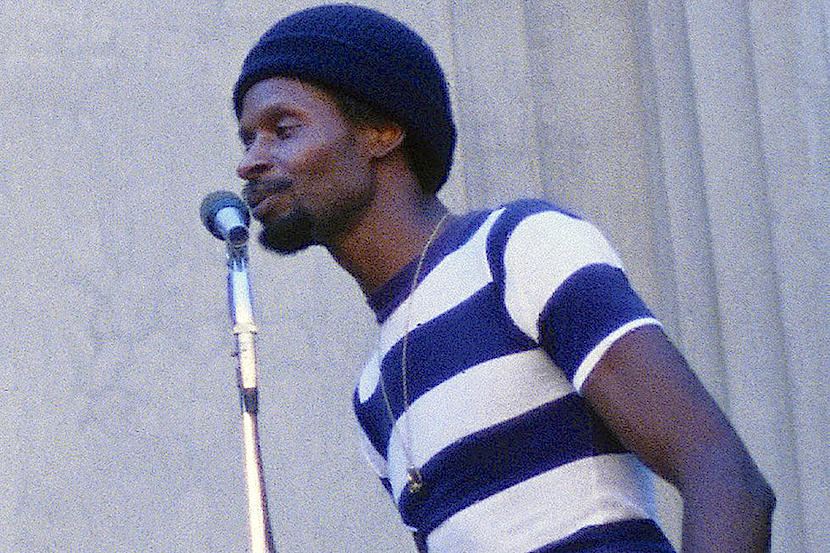 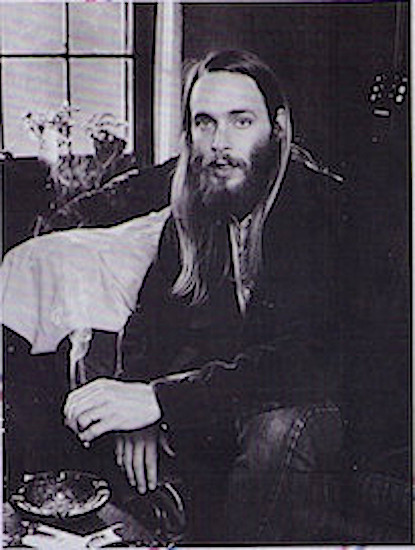 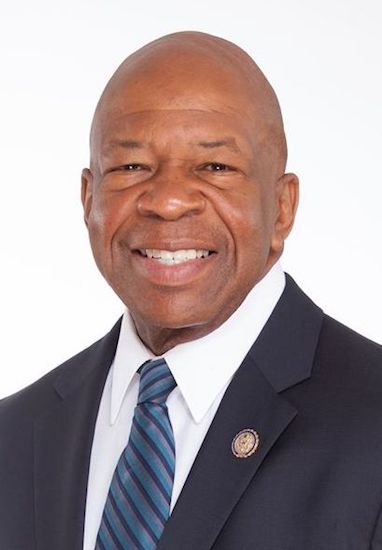 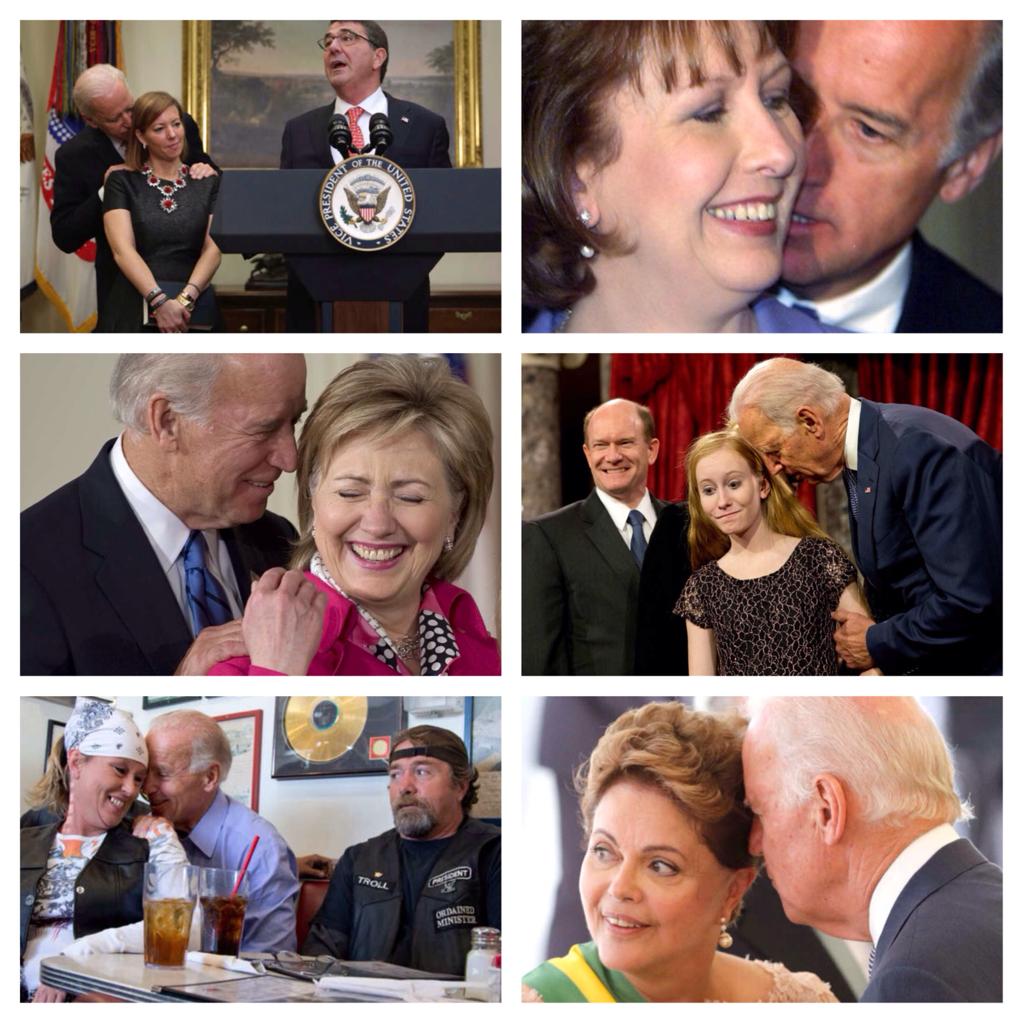 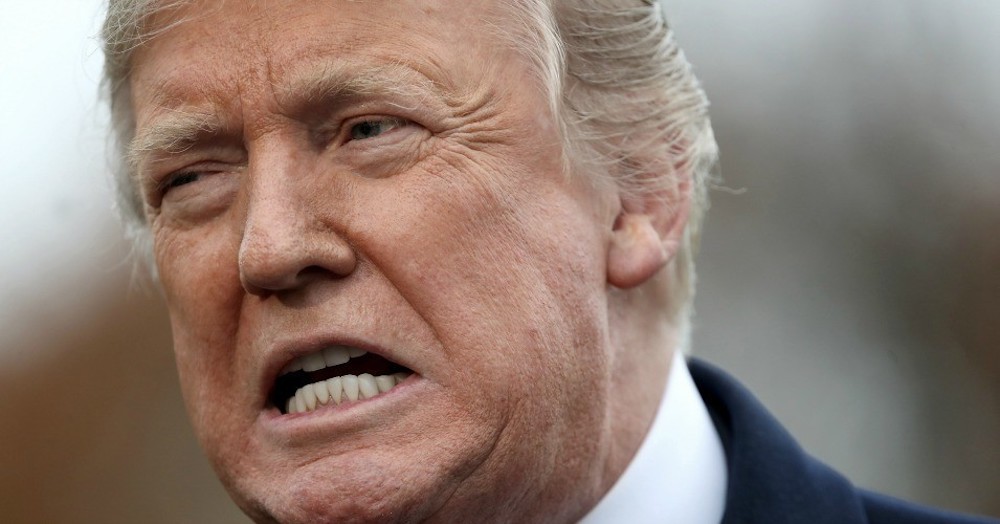 U.S. President Donald Trump answers questions from the press
while departing the White House on November 26, 2018 in Washington, DC. 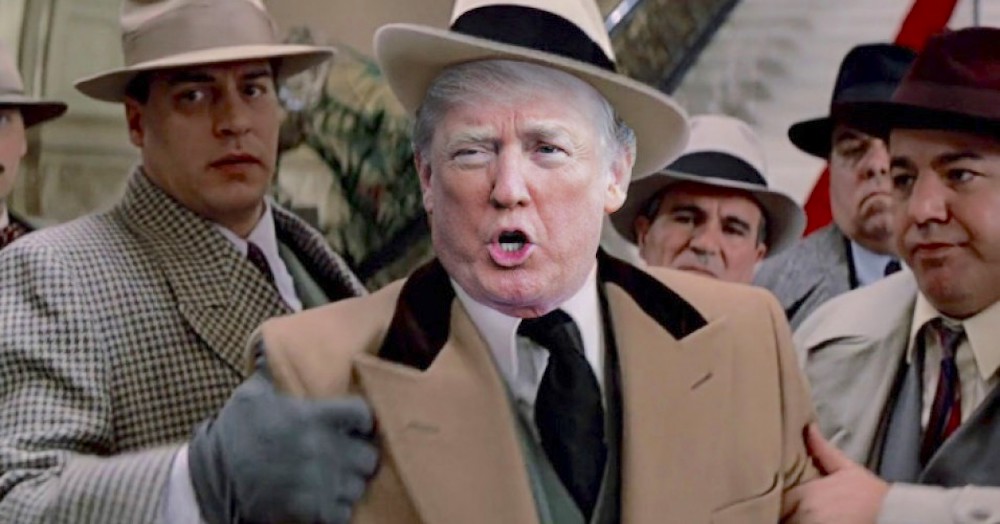 Like Trump, a would-be dictator madly claiming the overwhelming support of the populace,
the real-life Capone insisted that his criminal acts satisfied "a public demand." 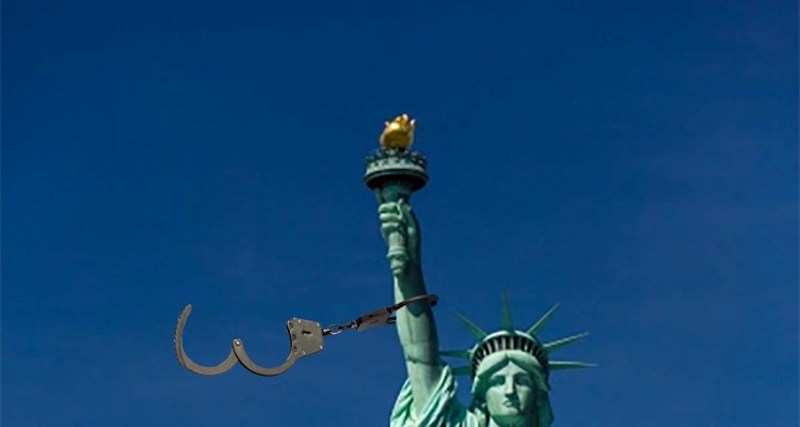 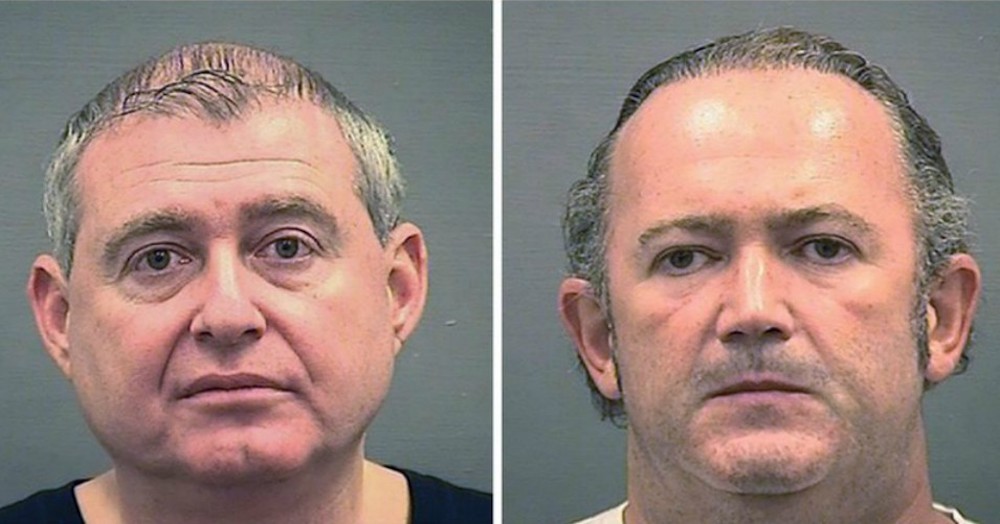 This combination of Wednesday, Oct. 9, 2019, photos provided by the Alexandria Sheriff's
Office shows booking photos of Lev Parnas, left, and Igor Fruman. The associates of Rudy
Giuliani, were arrested on a four-count indictment that includes charges of conspiracy,
making false statements to the Federal Election Commission and falsification of records.
The men had key roles in Giuliani's efforts to launch a Ukrainian corruption investigation
against Biden and his son, Hunter. U.S. Mark Pocan, D-Black Earth, responds to reporters' questions Wednesday at the Capitol
in Washington, after calling for an impeachment inquiry into President Donald Trump. 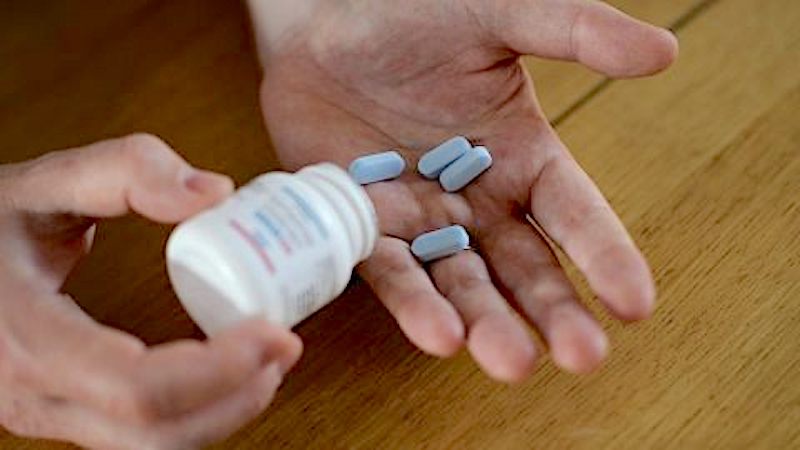 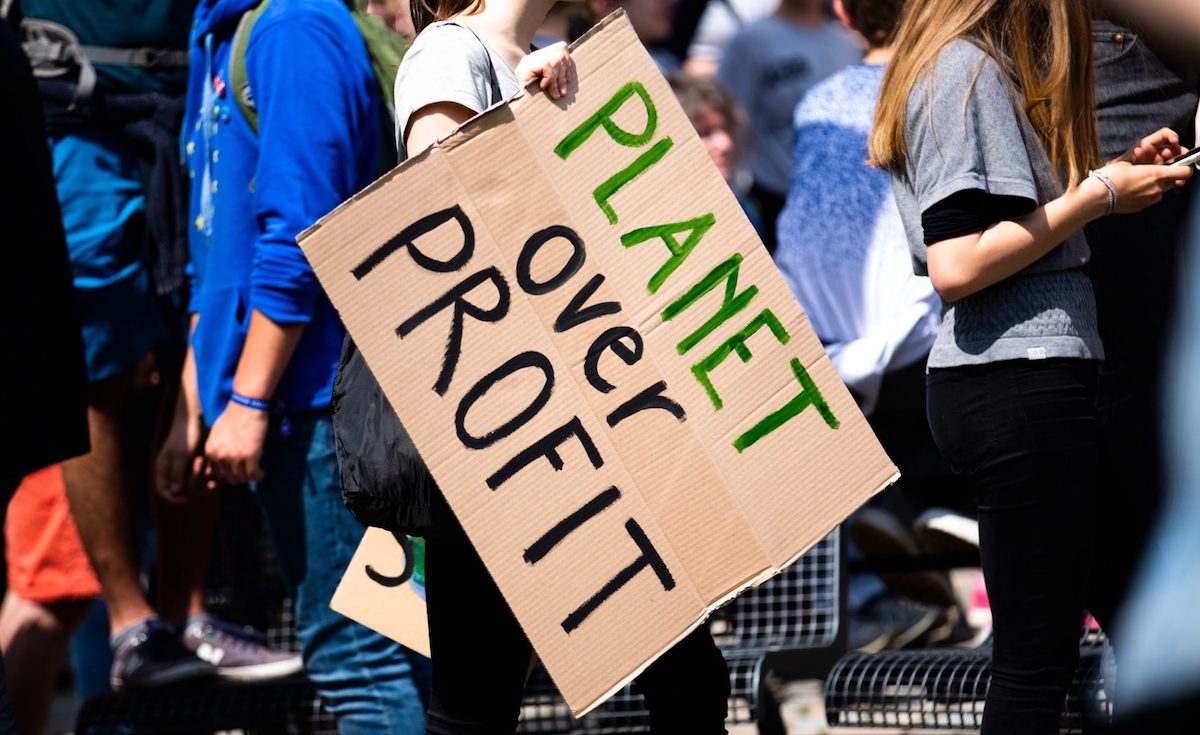 Although the only discussion now should be about solutions and how to implement them quickly,
some people in and out of the political sphere still refuse to accept the massive
amounts of evidence for human-caused global heating and the need to address it. 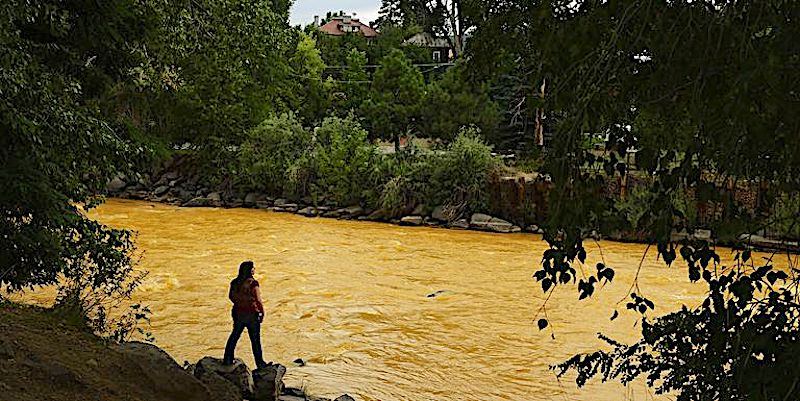 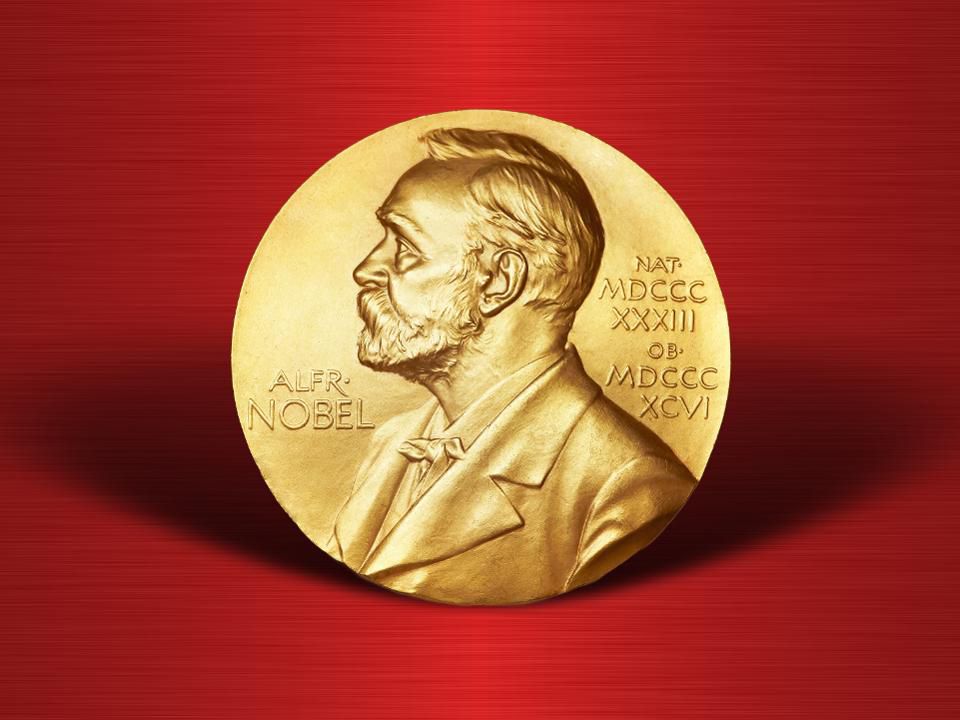 Donald Trump exits after speaking at a campaign rally in Lake Charles, Louisiana on Friday. 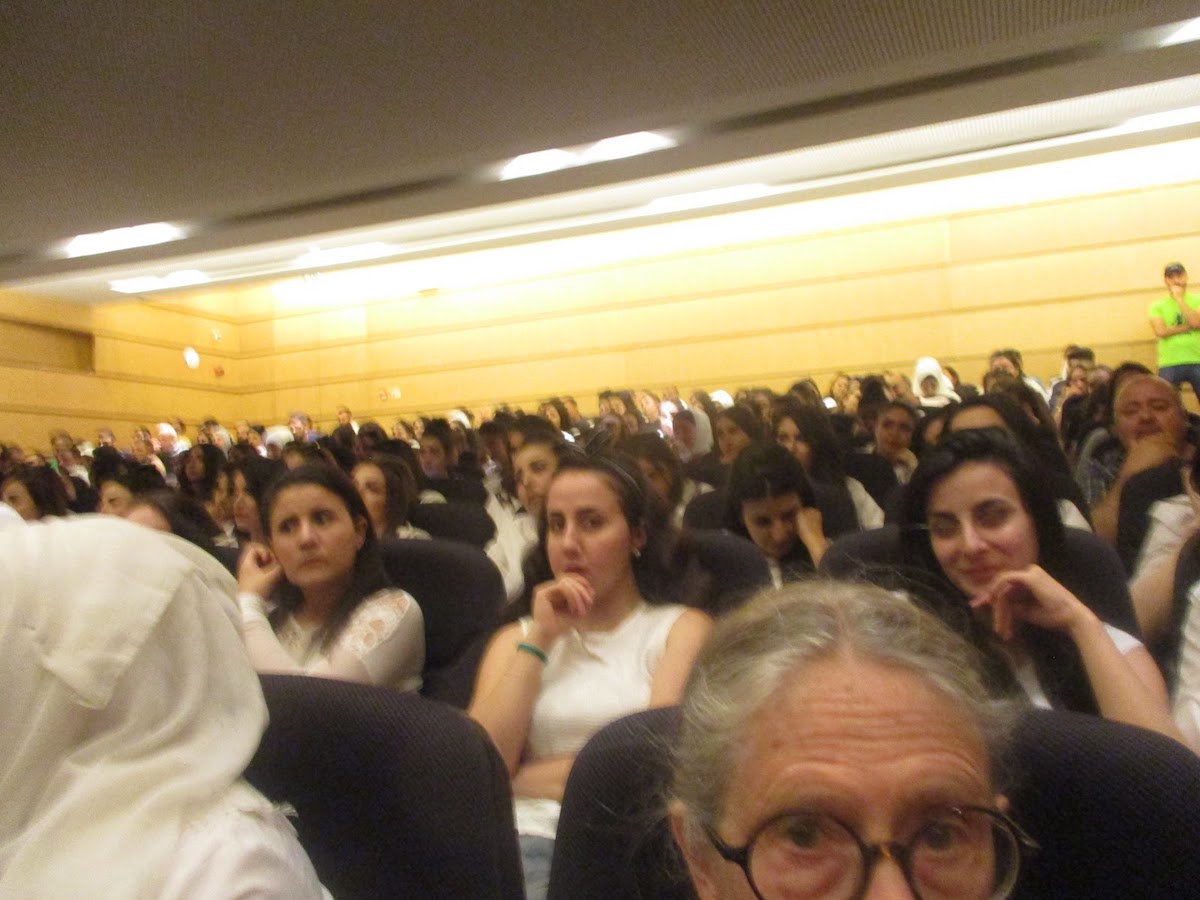 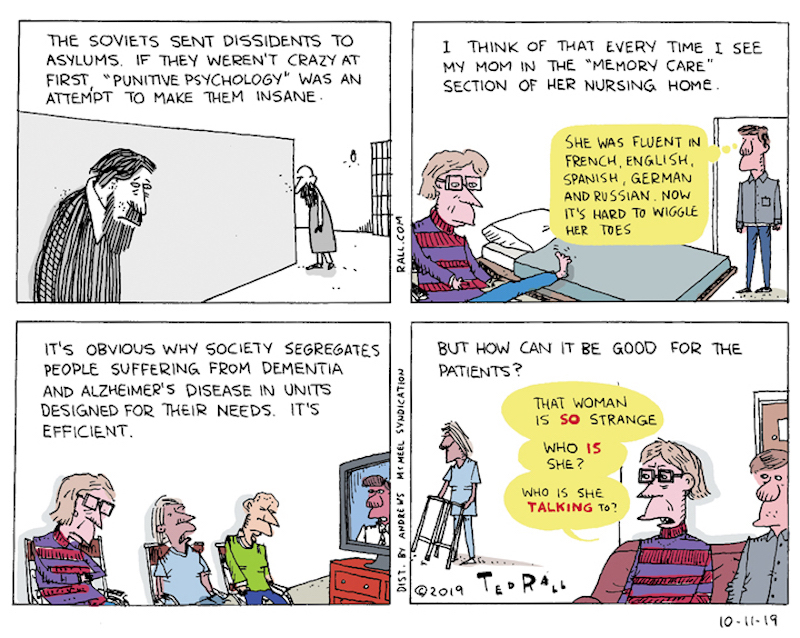 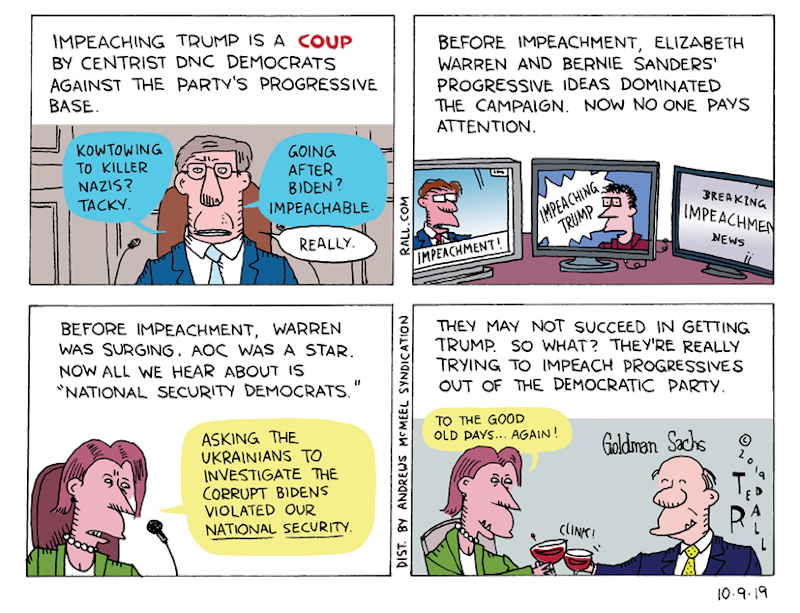 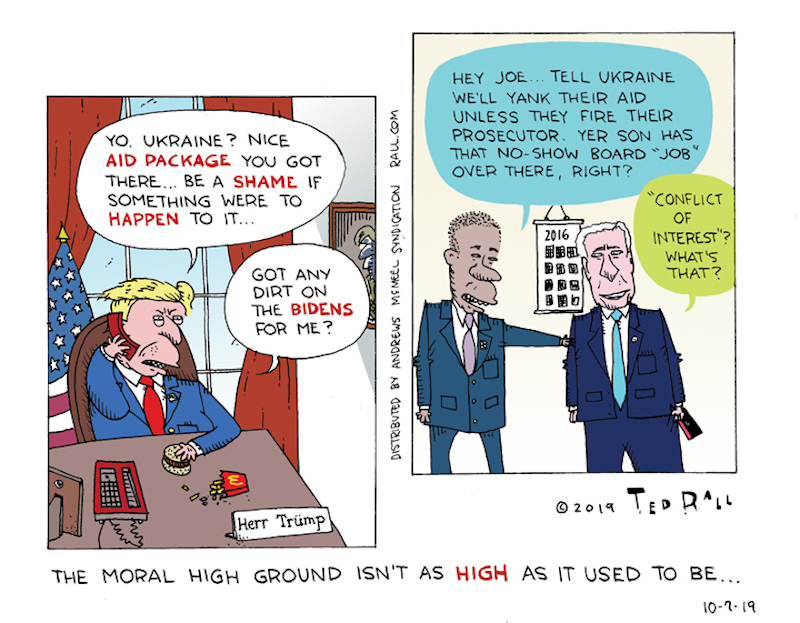 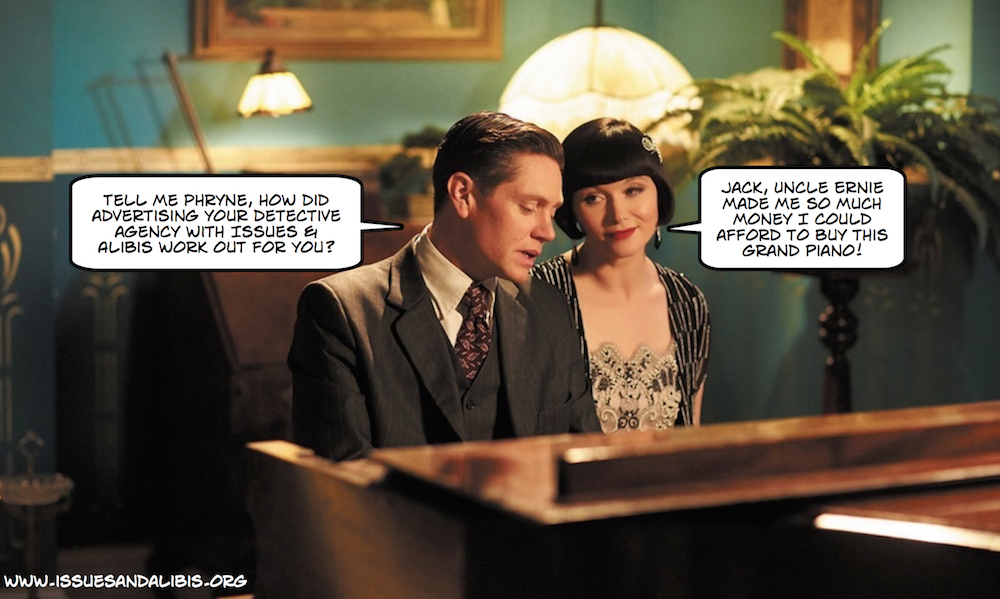