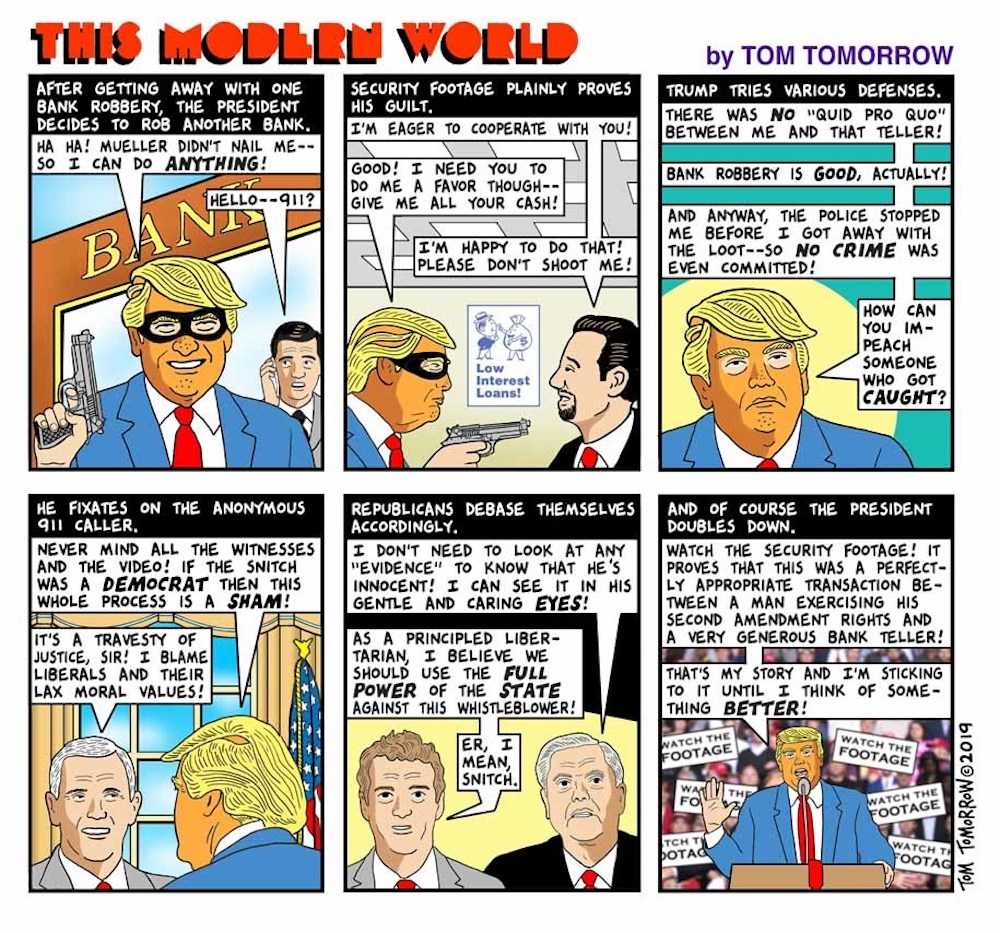 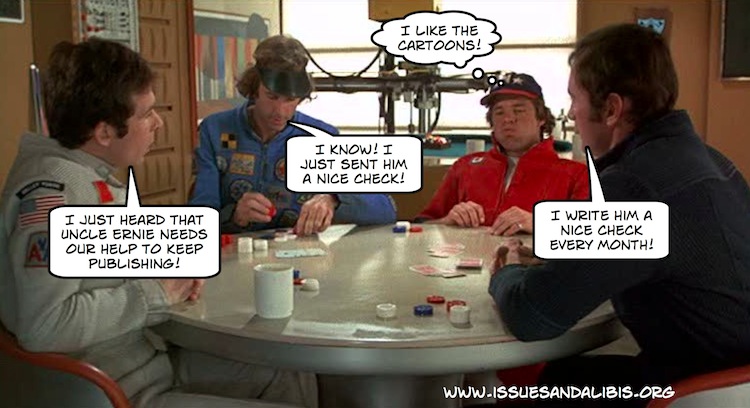 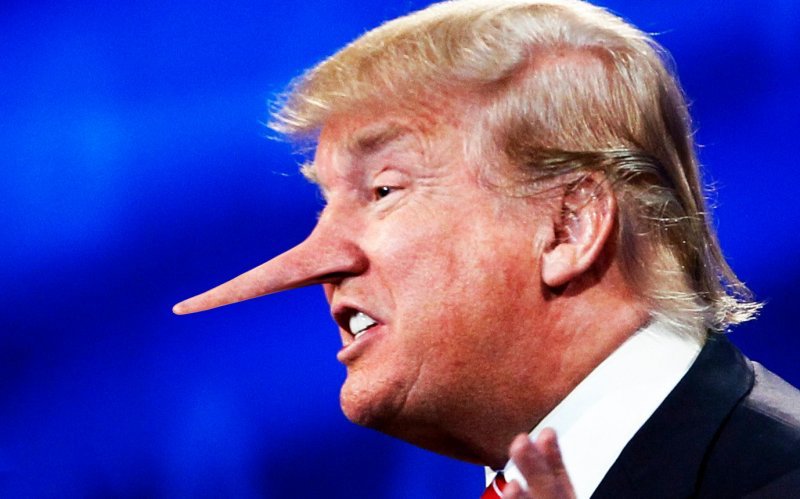 Perhaps we owe Lying Donald our thanks because of all the veteran Rethuglican House and Senate members that have chosen to retire instead of running again. I can dig it how it might be a little too much to run and have to defend Lying Donald and their motives for supporting him. Better to take the money and run, methinks!

Over in the Senate, Rethuglicans are losing four Sinators, Lamar Alexander of Tennessee, Pat Roberts of Kansas, Johnny Isakson of Georgia, and Mike Enzi of Wyoming. Isakson's decision to resign at the end of 2019 for health reasons sets up a second Senate election in Georgia, where David Perdue is already up for reelection next year. The Democrat Stacey Abrams nearly won Georgia's governorship in 2018, making the race for Isakson's Senate seat potentially competitive next year-and one that could have big implications for control of the chamber and with Kentucky going blue last Tuesday and Moscow Mitch looking like he could be beaten, who knows what might happen there?

Over in the House Peter King Nazi/NY became the latest veteran House Rethuglican to call it quits when the former chairman of the House Homeland Security Committee announced he would not run for a 15th term in 2020. You may recall that when first elected King became known for his support of the Irish Republican Army in Northern Ireland. His Long Island district might just flip blue! Along with King there are 17 other Rethuglican House members that are calling it quits!

Those 17 include the only black Rethuglican member of the House, Will Hurd of Texas who decided to leave in the weeks after a "series of racist tweets by the president appeared to crystallize a 2020 electoral strategy of mobilizing the GOP's white base." I don't know what Will was thinking in the first place but it seems that he's come to his senses!

Then there are Con-gress women Susan Brooks of Indiana and Martha Roby of Alabama, two of just 13 Rethuglican women in the House. Could they be fed up with Lying Donalds stand on women, which begs the question why are the other 11 ladies staying? Still, with another year to go, many more may see the light too! We can but hope, America!

You may recall that one year ago, the international scientific community could hardly have expected that Greta Thunberg, a teenager from Sweden, would become one of its greatest allies. Since beginning her weekly "School Strike for the Climate," the petite 16-year-old has skillfully used her public appearances and powerful social media presence to push for bolder global action to reduce carbon emissions.

You'll remember that the scientists have been warning about severe global impacts from global warming since at least the 1960s pretty much since The Silent Spring onwards. But over the past 12 months those warnings have intensified. Reports detailing the massive environmental, economic, and human consequences of unfettered global warming have come at a fast and furious pace. And, collectively, they are far scarier than the sum of their parts. It really hit the fan last October, with the release of a special report from the United Nations' global climate science authority, the Intergovernmental Panel on Climate Change (IPCC), on the potential impacts of a rise in global temperature of 1.5 degrees Celsius or more. Three international IPCC working groups with 91 authors and editors from 40 countries examined 6,000-plus scientific studies and called for "global carbon dioxide emissions (to) start to decline well before 2030" to avoid the most severe consequences of global warming. It said "global warming is likely to reach 1.5 degrees Celsius between 2030 and 2052 if it continues to increase at the current rate."

The release of the report provided a "breakthrough" moment in public consciousness and press coverage, with countless soundbites, headlines, and images warning of a "12-year" deadline to head off "climate change catastrophe." The "12-year" catchphrase was even more alarming than the IPCC's already strong admonitions. The planet won't implode in 2030, but further delays in major global actions will make it increasingly difficult to move to a low-carbon world.

In November, the United States' Fourth National Climate Assessment, produced by government and outside experts, reinforced the gloom-and-doom message of the October IPCC report. "Climate change creates new risks and exacerbates existing vulnerabilities in communities across the United States, presenting growing challenges to human health and safety, quality of life, and the rate of economic growth," it warned. The Trump administration's attempt to minimize media coverage of America's climate report card by releasing it on Black Friday, the day after Thanksgiving, backfired: The congressionally mandated report got double coverage as both an environmental and a political story.

The dire news didn't abate as 2018 drew to a close. A December report from the World Health Organization (WHO) said that emissions from fossil fuel-powered electricity, transportation, and other sources are "a major contributor to health-damaging air pollution, which every year kills over seven million people." I'm going to repeat that again for those of you on drugs!

7,000,000 people every year bite the big one because they can't breath the air without dying!

Just as the disastrous future impacts of climate change were coming into clearer focus, we also received sobering news about the present. Last December, the Global Carbon Project projected that carbon dioxide emissions worldwide reached an all-time high in 2018, up more than two percent after three years of almost no growth. A January 2019 US Energy Information Administration (EIA) report estimated an increase of nearly 3% in 2018 energy-related carbon dioxide emissions, the largest jump since 2010-reversing a trend that had seen three consecutive years of decline. The EIA estimated that total US emissions would fall in 2019, and that prediction appears to be bearing out, due to a drop in coal consumption. However, total global carbon dioxide emissions will see a rise again for 2019, says Stanford University's Rob Jackson, who chairs the Global Carbon Project's Scientific Steering Committee.

The arctic led the way in global warming as in April, a NASA-funded study of the Greenland ice sheet, published online on Earth Day, found the mass loss of ice discharged into the ocean from glaciers on the world's largest island had increased six-fold since the 1980s. Meanwhile, sea level had risen nearly 14 millimeters since 1972, with half of that in the last eight years. (Later, a severe mid-summer Arctic heat wave contributed to historic melting of the Greenland ice sheet, with 12.5 billion tons of ice melting into the ocean on a single day-the "biggest single-day volume loss on record."

I keep waiting for another political brain dead climate denier to point out that it's cold and snowing outside. Well snowing because global warming puts more water in the sky not only in summer but year around and the temps have only risen less than 2 degrees Fahrenheit, so it's still going to be cold in the winter. My generation will all be dead by the time it gets really serious and the the Baby Boomers are the ones that have caused all the problems, i.e. we knew better and did nothing, while Greta Thunberg's generation and their children will be the ones that have to pay the piper!

As you probably know by now in the run-up to the 2016 election, White House senior policy adviser Stephen Miller promoted white nationalist literature, pushed racist immigration stories and obsessed over the loss of Confederate symbols after Dylann Roof's murderous rampage, according to leaked emails reviewed by Hatewatch.

The emails, which Miller sent to the fascist website Breitbart News in 2015 and 2016, showcase the extremist, anti-immigrant ideology that underlines the policies he has created as an architect of Lying Donald's junta. These policies include reportedly setting arrest quotas for undocumented immigrants, an executive order effectively banning immigration from five Muslim-majority countries and a policy of family separation at refugee facilities, and lets not forget about his bright idea of putting babies in cages. What a swell guy, huh?

Yes, Miller is behind all immigrant evil of the last few years. As I've said many times before Miller is a racist, a fascist, a bigot and a white nationalist who is Lying Donald's senior advisor for policy and before that he worked for Jeff Sessions. Oh and did I mention that Stephen is a little to the right of Darth Vader! 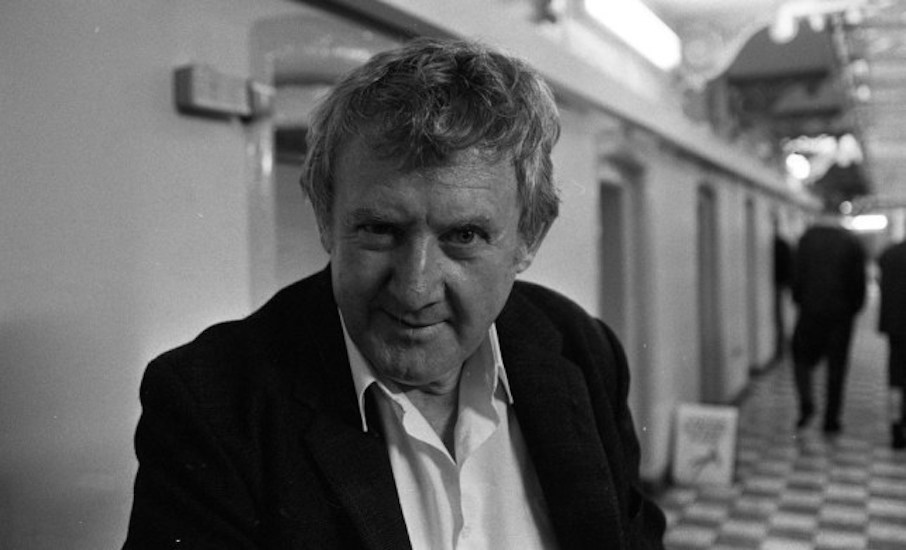 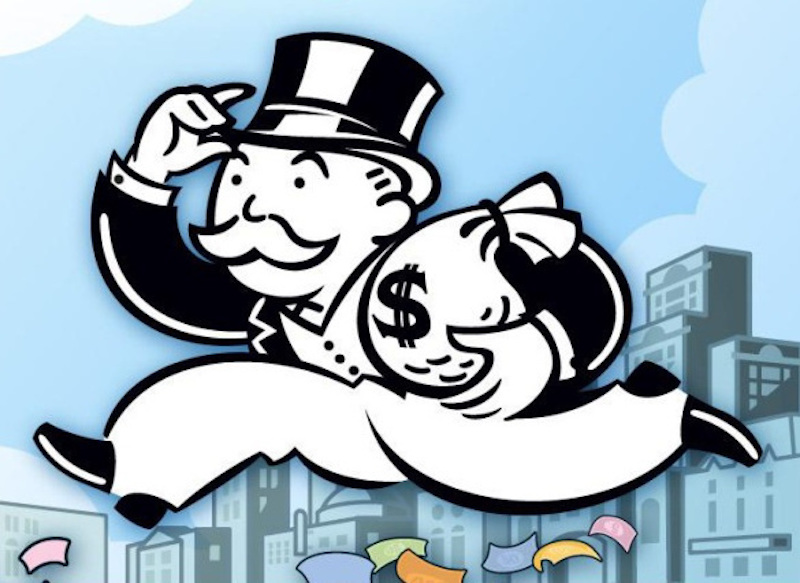 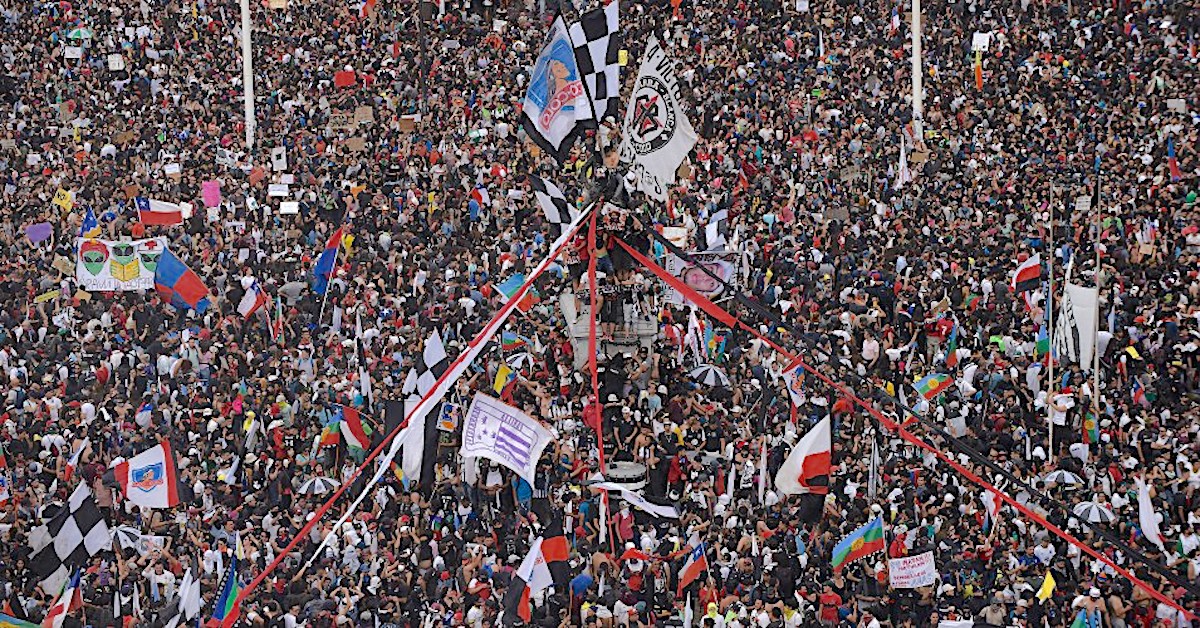 General view as people gather in a massive protest at Plaza Baquedano during the eighth day
of protests against President Sebastian Pinera's government on October 25, 2019 in Santiago, Chile.
President Sebastian Pinera announced measures to improve social inequality, however unions called for a
nationwide strike and massive demonstrations continue as death toll reached 18. Demands behind the protests
include issues as health care, pension system, privatization of water, public transport, education, social mobility and corruption. 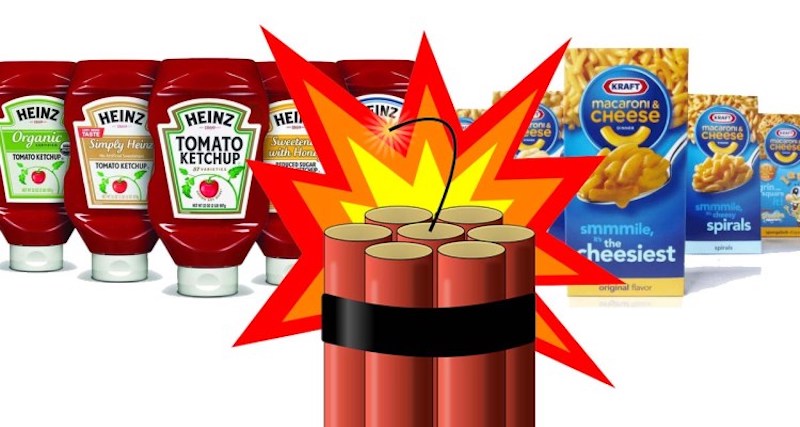 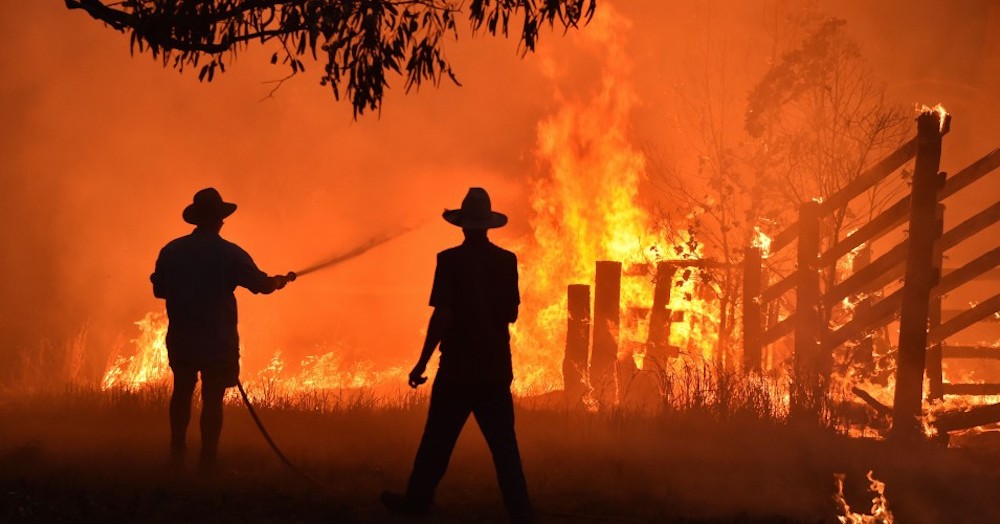 Residents defend a property from a bushfire at Hillsville near Taree, 350km north of
Sydney on November 12, 2019. - A state of emergency was declared on November 11 and
residents in the Sydney area were warned of "catastrophic" fire danger as Australia
prepared for a fresh wave of deadly bushfires that have ravaged the drought-stricken east of the country. 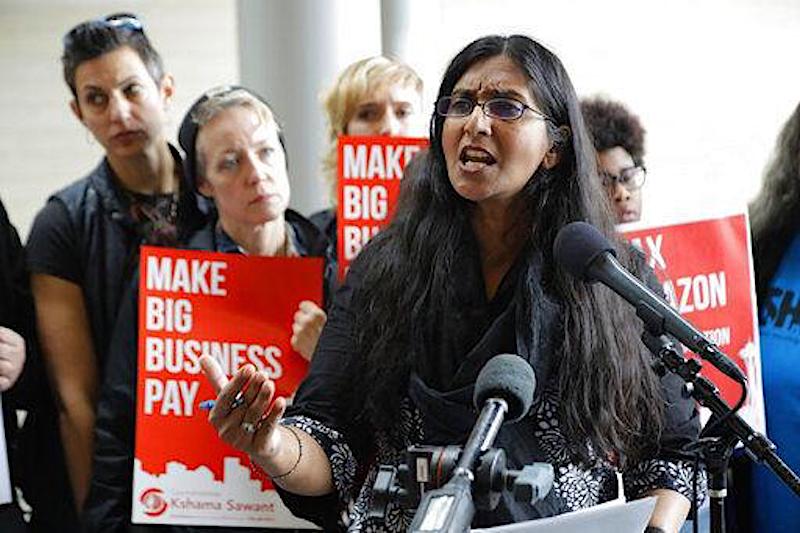 In this 2018 photo, Seattle City Council member Kshama Sawant, a fierce critic of Amazon,
speaks at City Hall. Amazon donated $1.5 million to a political action committee that
supported a slate of candidates perceived to be friendly to business is this year's election.
Sawant was among the company's top targets, but she won her race. 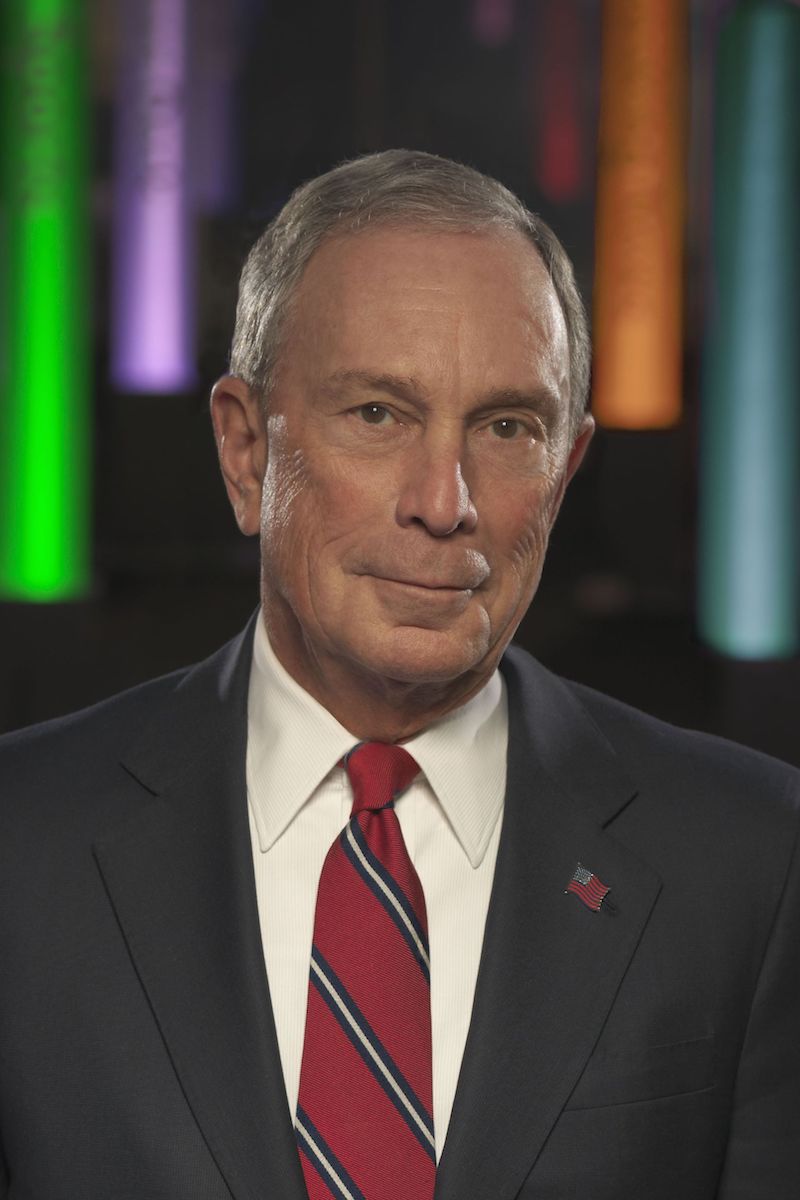 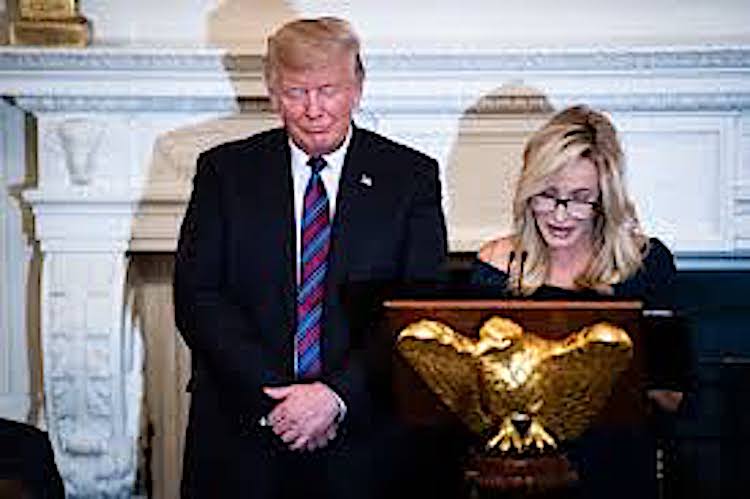 Donald Trump listens as Pastor Paula White leads a prayer at a dinner celebrating Evangelical
leadership in the State Dining Room of the White House on Monday, August 27, 2018, in Washington, D.C. 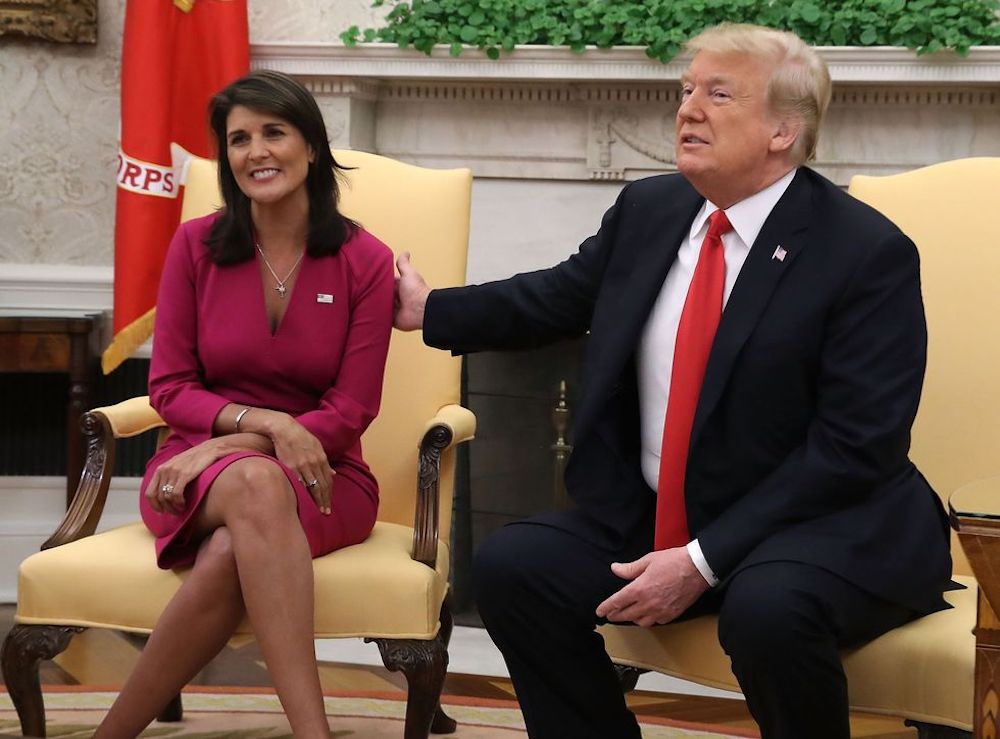 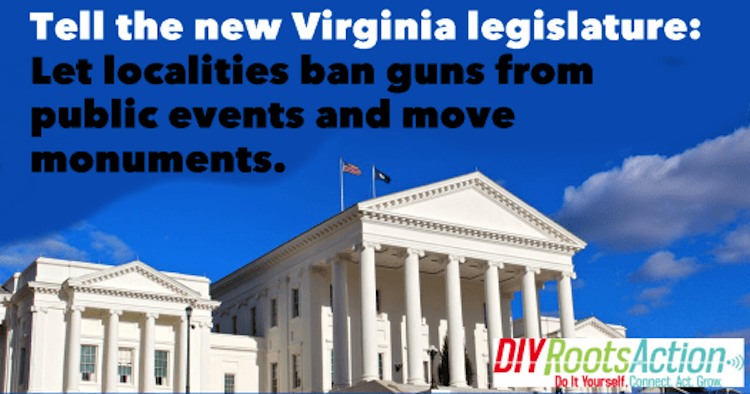 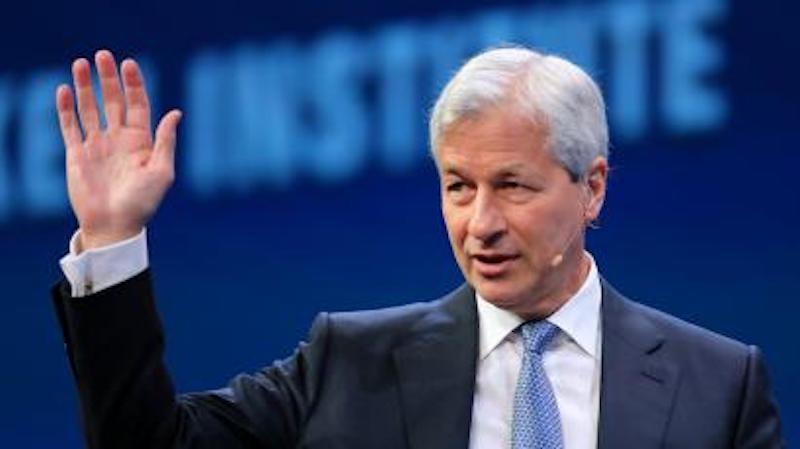 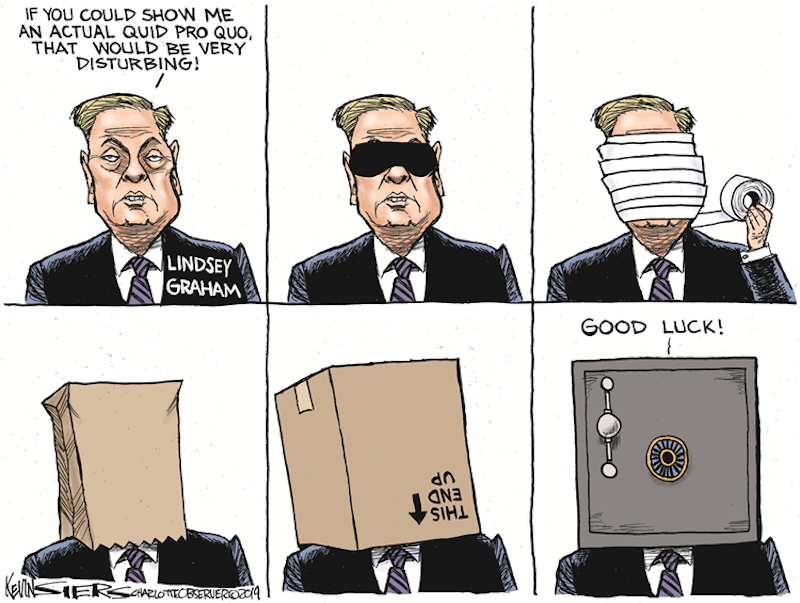 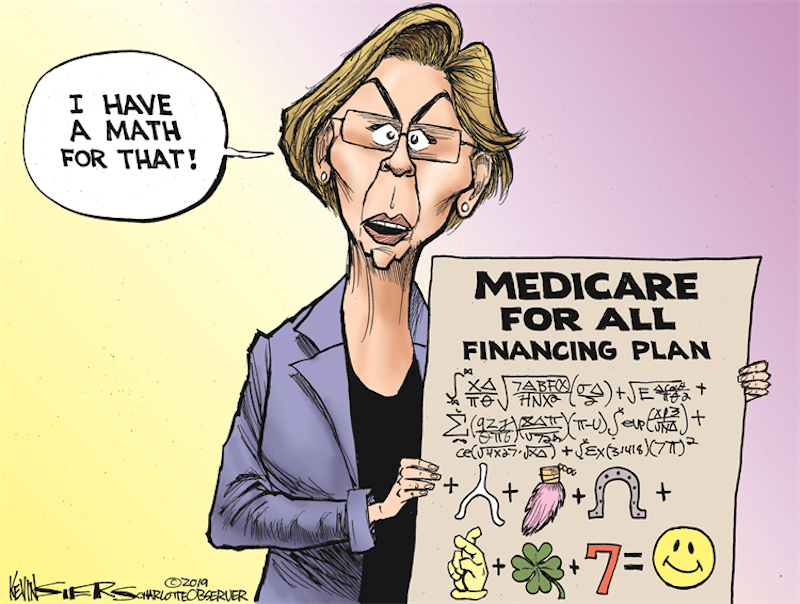 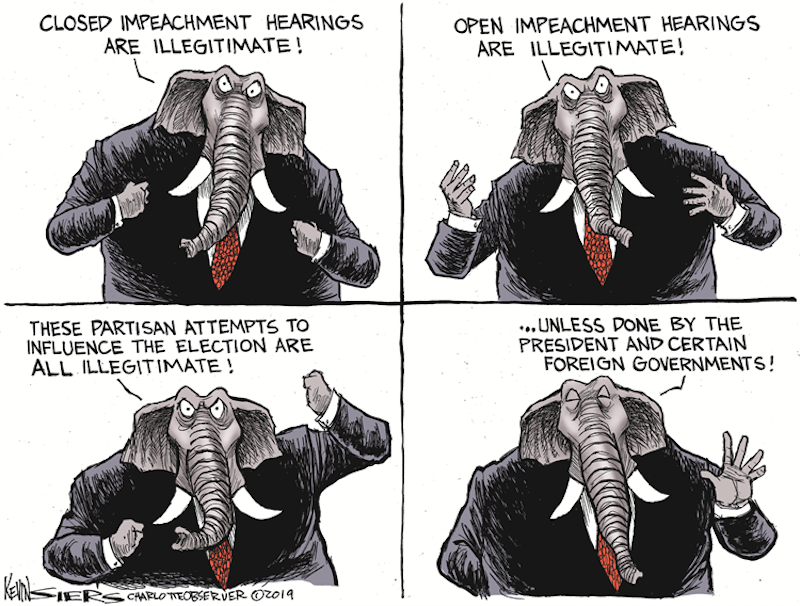 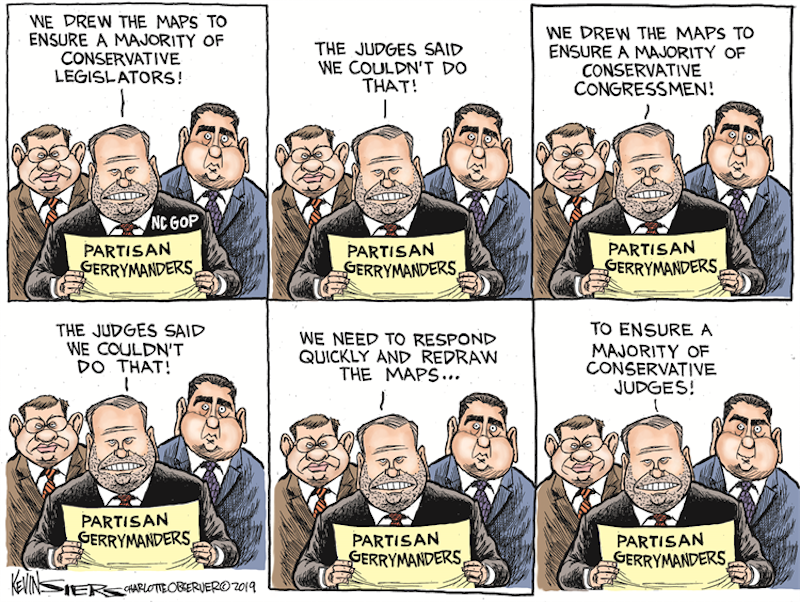 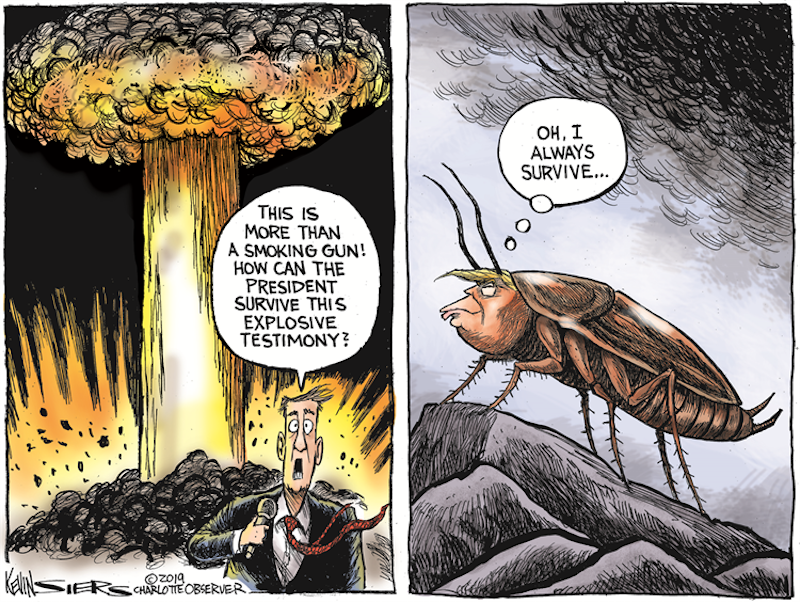 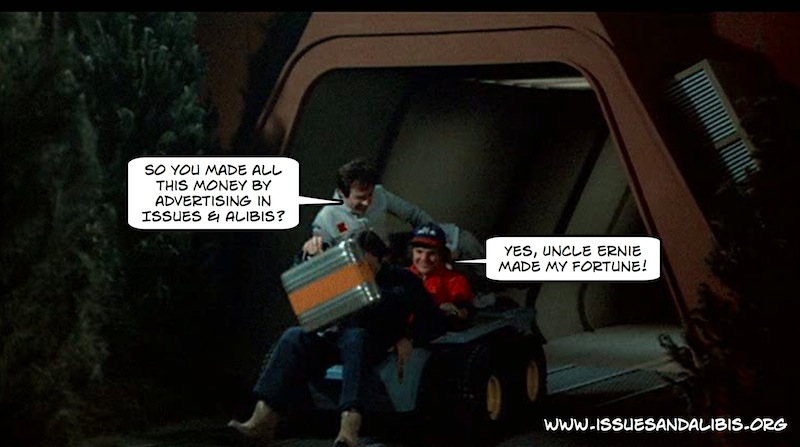