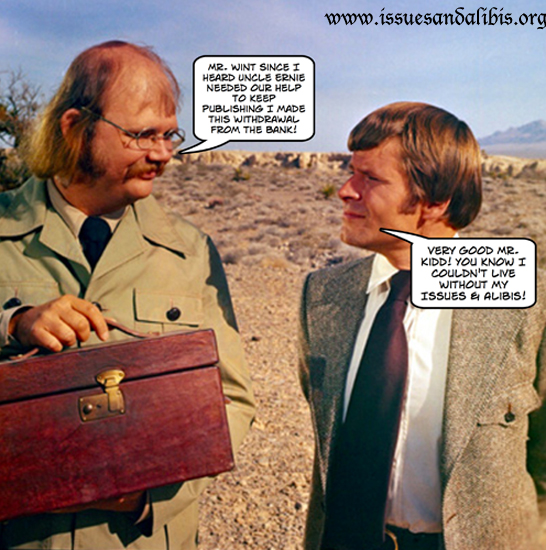 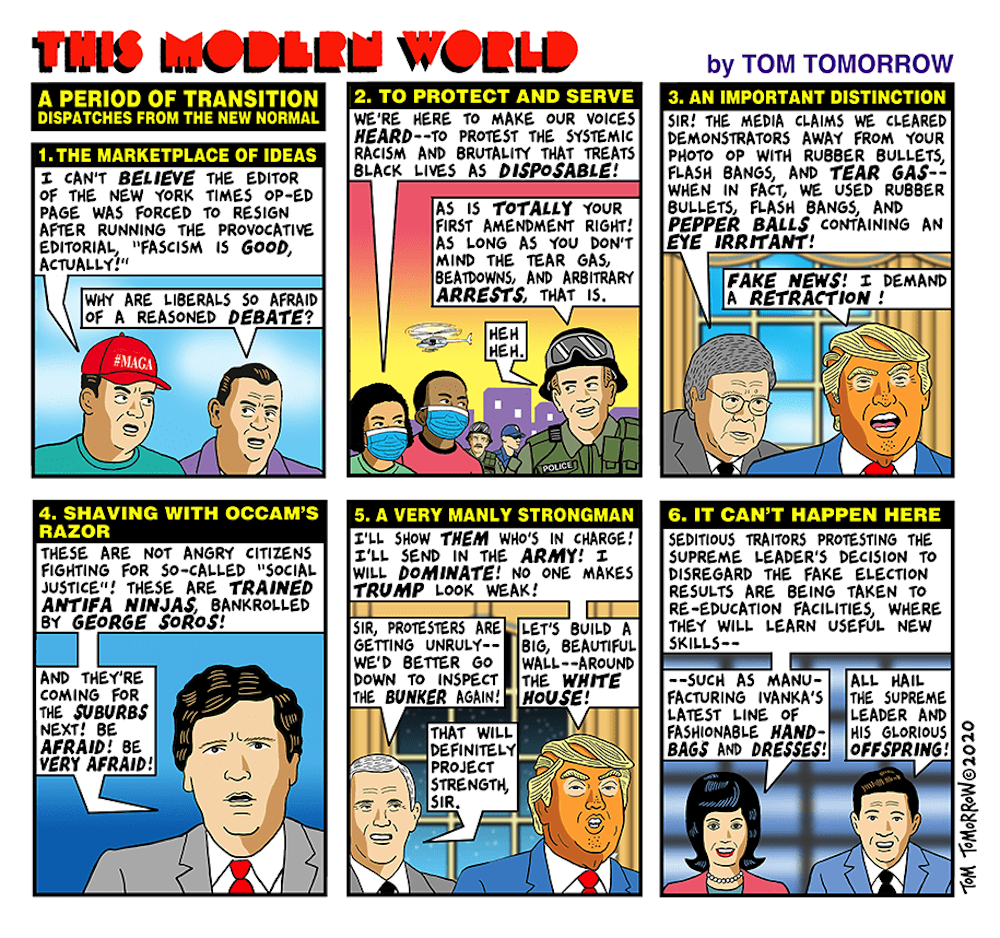 Lying Donald sent some 200 tweets last Friday, a record even for him. I'm sure you understand my delima of trying to report on his mania when it shifts minute-by-minute-by-minute. You may recall back in the summer of 2016 when I wrote about Lying Donalds dementia as he had all eight signs of dementia as defined by the Mayo Clinic not to mention early signs of alzheimer's too. So I thought we'd just consider this one...

Buffalo protester shoved by Police could be an ANTIFA provocateur. 75 year old Martin Gugino was pushed away after appearing to scan police communications in order to black out the equipment. @OANN I watched, he fell harder than was pushed. Was aiming scanner. Could be a set up?

The man in question was Martin Gugino a 75 year old, long time peace activist, who works with the Catholic Worker a movement that is dedicated to justice and peace and not a member of ANTIFA a group of anti-fascists and since Lying Donald is a fascist you can plainly see his hatred of the group. In case you missed it here's the video in question.

Just about an hour ago, police officers shove man in Niagara Square to the ground (WARNING: Graphic). Video from: @MikeDesmondWBFO pic.twitter.com/JBKQLvzfET

Like Martin, I too am an old 1960s peacenik so I know wheres he's coming from and where he has been to be the man he is today. I see a lot of folks marvel at the current demonstrations but for me it's been there and done that. As an old SDS member I can still smell the tear gas from the 1968 Demoncratic Convention. As an civil right marcher I can tell you history does repeat itself when you are too stupid to learn from it. It's time to wake up America and get the job done right this time.

I see where, according to scientists at the Copernicus Climate Change Service, the Earth had its hottest May ever, continuing a global warming trend as 2020 is set to be among the hottest 10 years ever.

2019 was the second-hottest year ever, capping off the world's hottest decade in recorded history. And six of the warmest years on record were during the past decade. This continuous upward trend in global temperatures results from greenhouse gas emissions that change the climate. Even though the Covid-19 epidemic slowed the emissions some what we're still online to meet last years emissions.

"The last month has been the warmest May on record globally and this is unquestionably an alarming sign. Even more concerning is the fact that average temperatures of the last 12 months have become one of the hottest 12-month periods ever recorded in our data set," said Freja Vamborg ~ a scientist at Copernicus Climate Change Service, an intergovernmental agency that supports European climate policy.

The Earth is warming and disturbing the balance of the seasons. Data makes it clear that summers are expanding while winters are shrinking, i.e., last month being the warmest May on record. While spring around here was a bit chilly, last winter was a lot warmer than usual with the only bad snow storm happening in autumn, in November. Most of winter was well above freezing!

Tucker Carlson is a hater. He hates everything that doesn't goosestep, but mostly, he hates black folks. And is apparently paranoid; think Lying Donald in the bunker, about the slaves uprising and he is assured that they are coming for him. We can but dream, can we not?

Tucker says, "Anyone who has ever been subjected to the rage of the mob knows the feeling. It's like being swarmed by hornets. You cannot think clearly. And the temptation is to panic. But you can't panic. You've got to keep your head and tell the truth. ... If you show weakness of any kind, they will crush you." So Tucker sees the righteous karma that's hopefully coming his way, for all the hatred and lies that he's told about black folks and the left in general.

"All of this probably strikes you as wild-eyed craziness, flat-earth stuff," he went on. Yes, it does Tucker. As George Takei summed it up, "Tucker Carlson is a dangerous racist." Ergo, Tucker Carlson wins this week's Vidkun Quisiling Award! 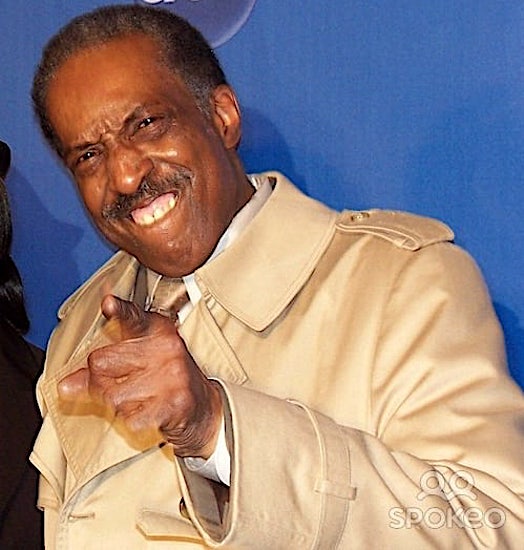 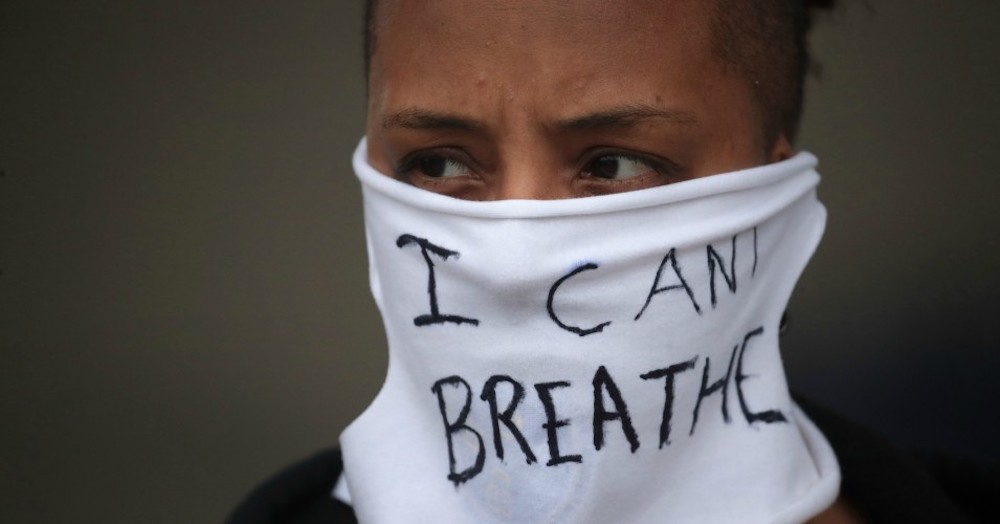 A person wears a mask that reads "I CAN'T BREATHE" as demonstrators continue to protest the
death of George Floyd following a night of rioting on May 29, 2020 in Minneapolis, Minnesota. 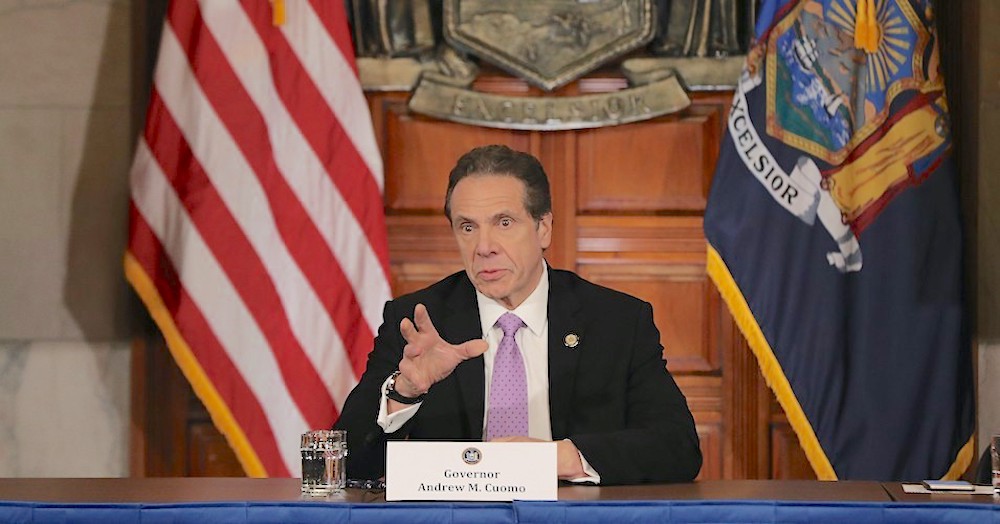 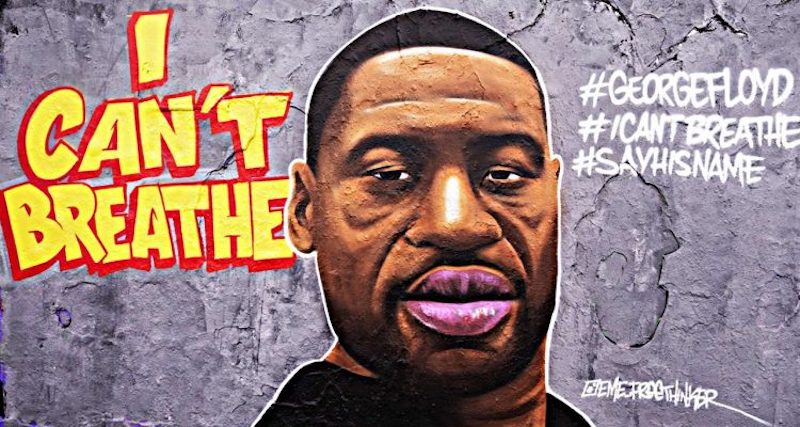 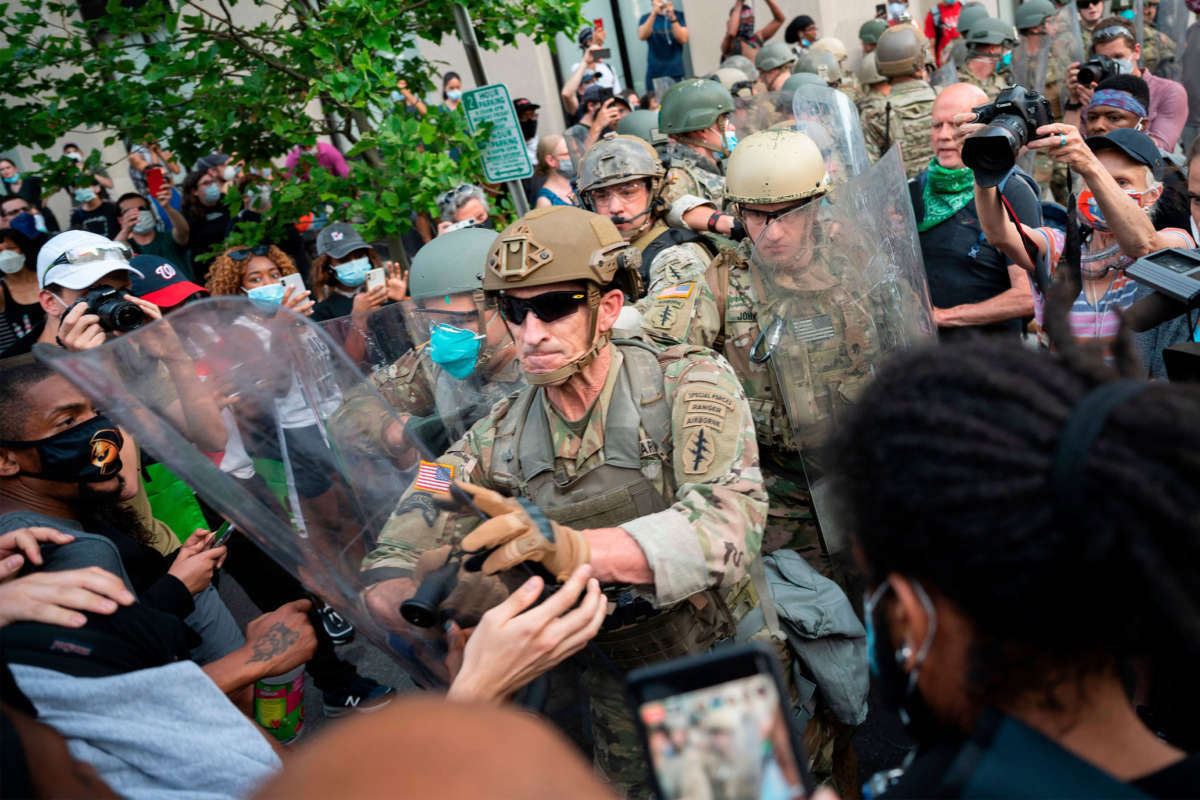 Members of the U.S. Army confront protesters near the White House on June 3, 2020, in Washington, D.C. 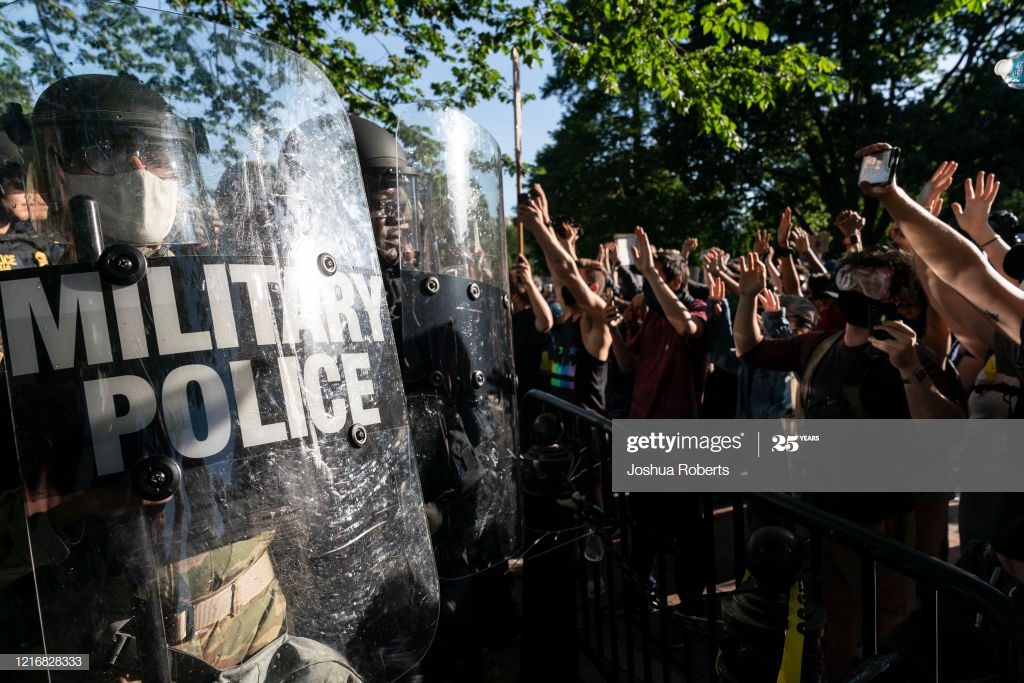 Protesters raise their hands to military police during a demonstration on June 1, 2020 in Washington, D.C. 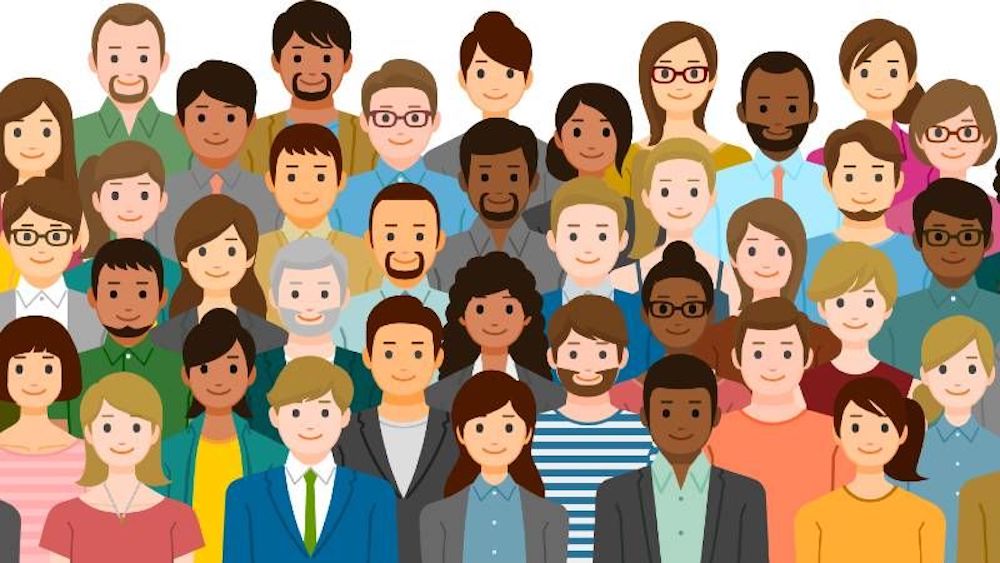 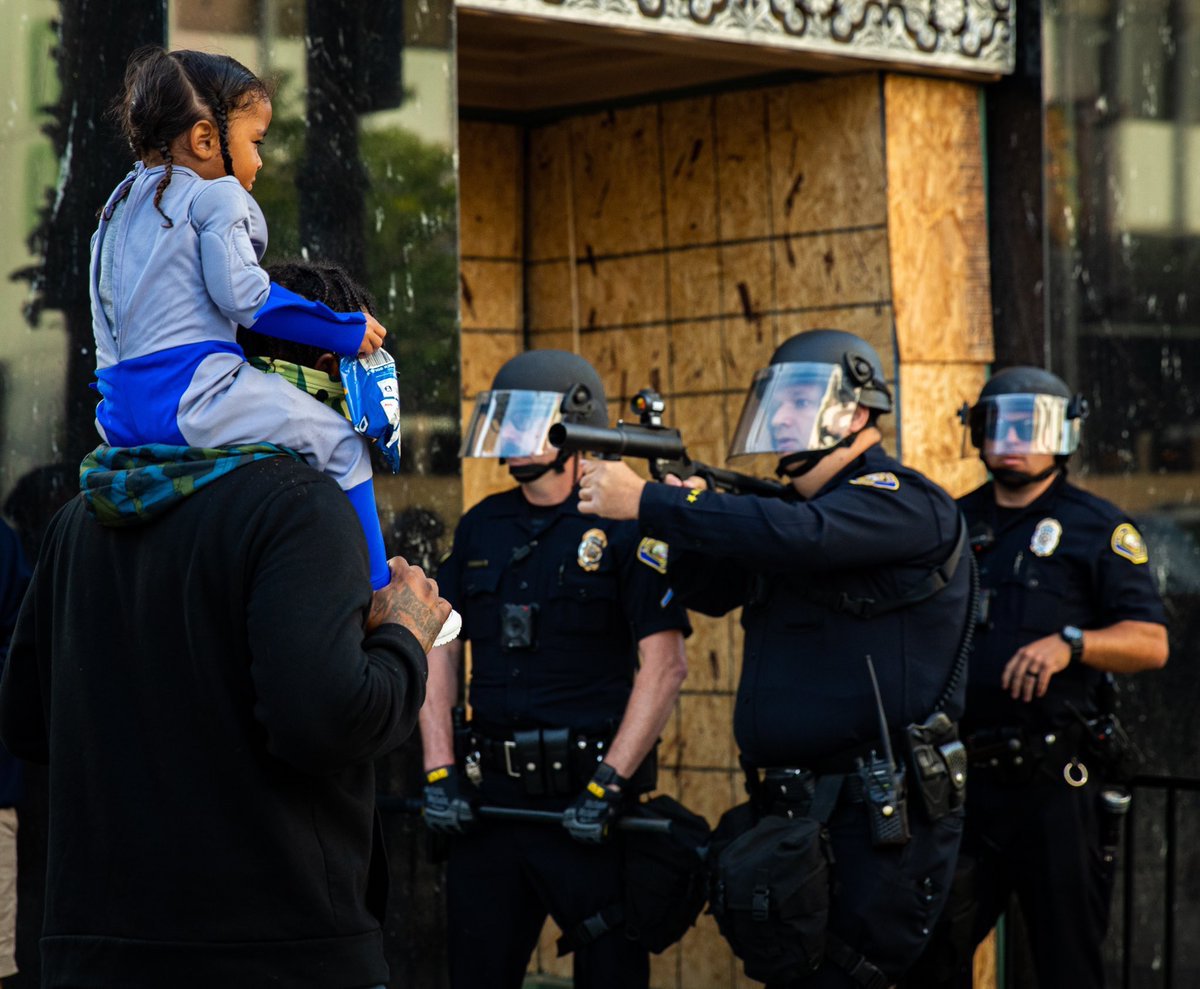 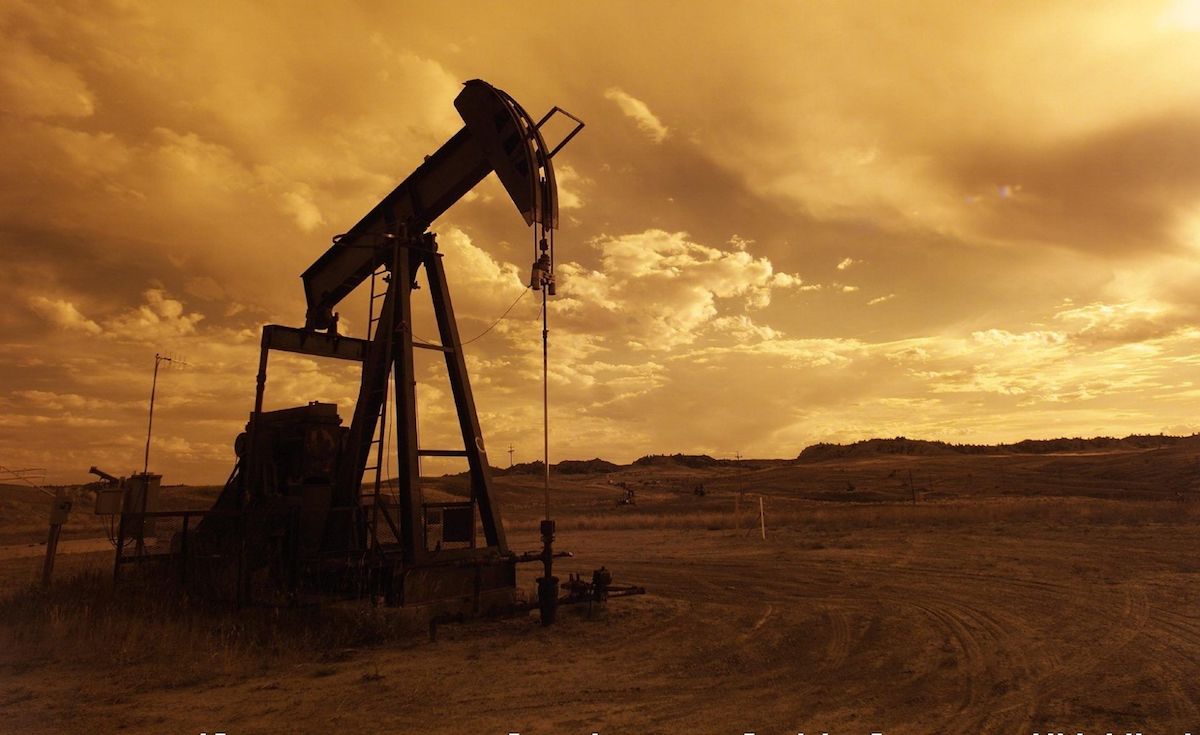 Why are Canadians subsidizing and bailing out what has been the most profitable industry
in human history when those billions could do so much to put us on a healthier path? 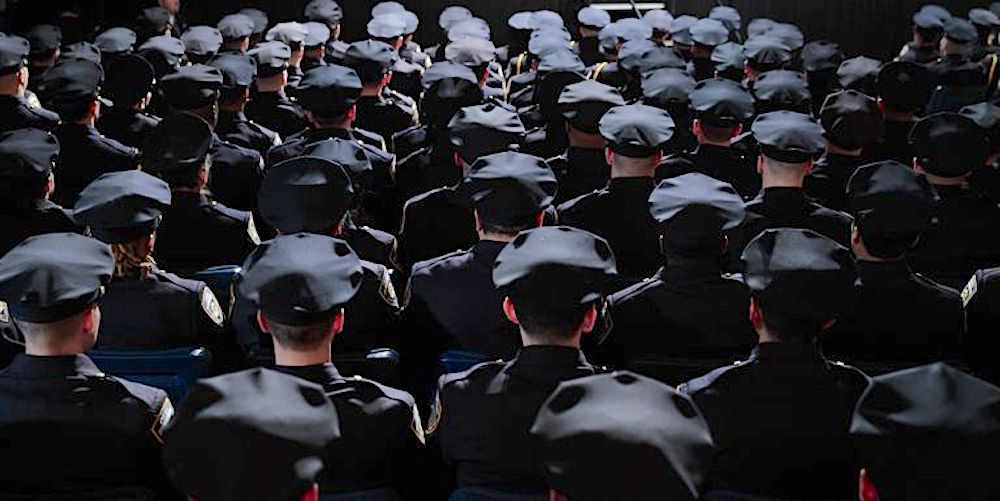 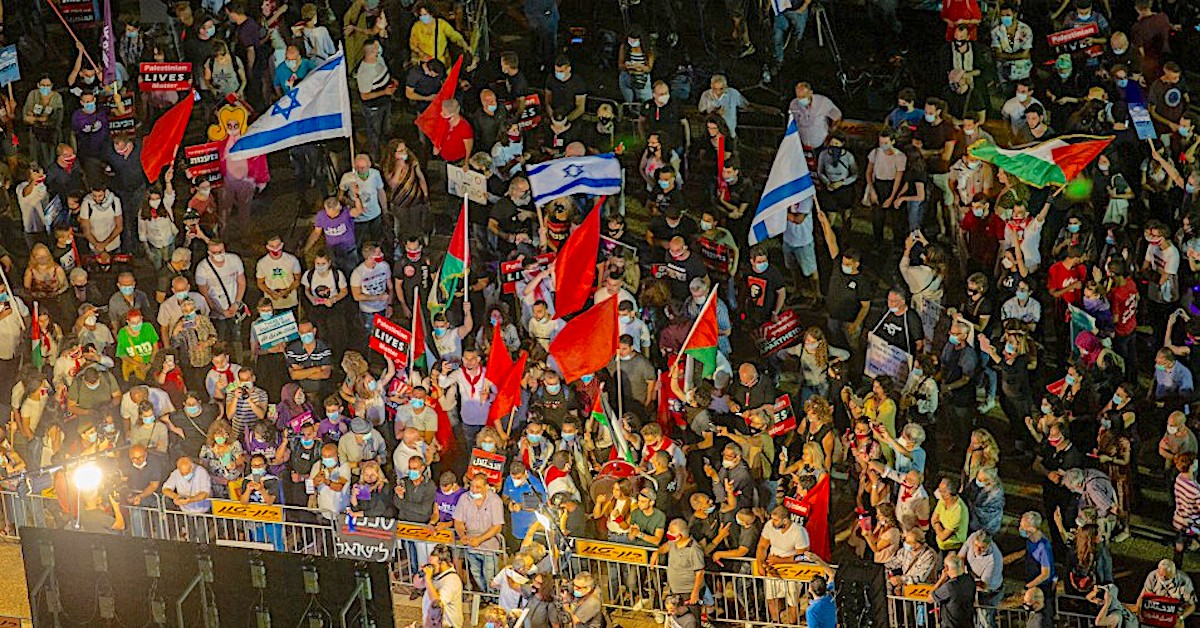 People gather to protest the annexation plan of the Jordan Valley in Tel Aviv, Israel on June 6, 2020. 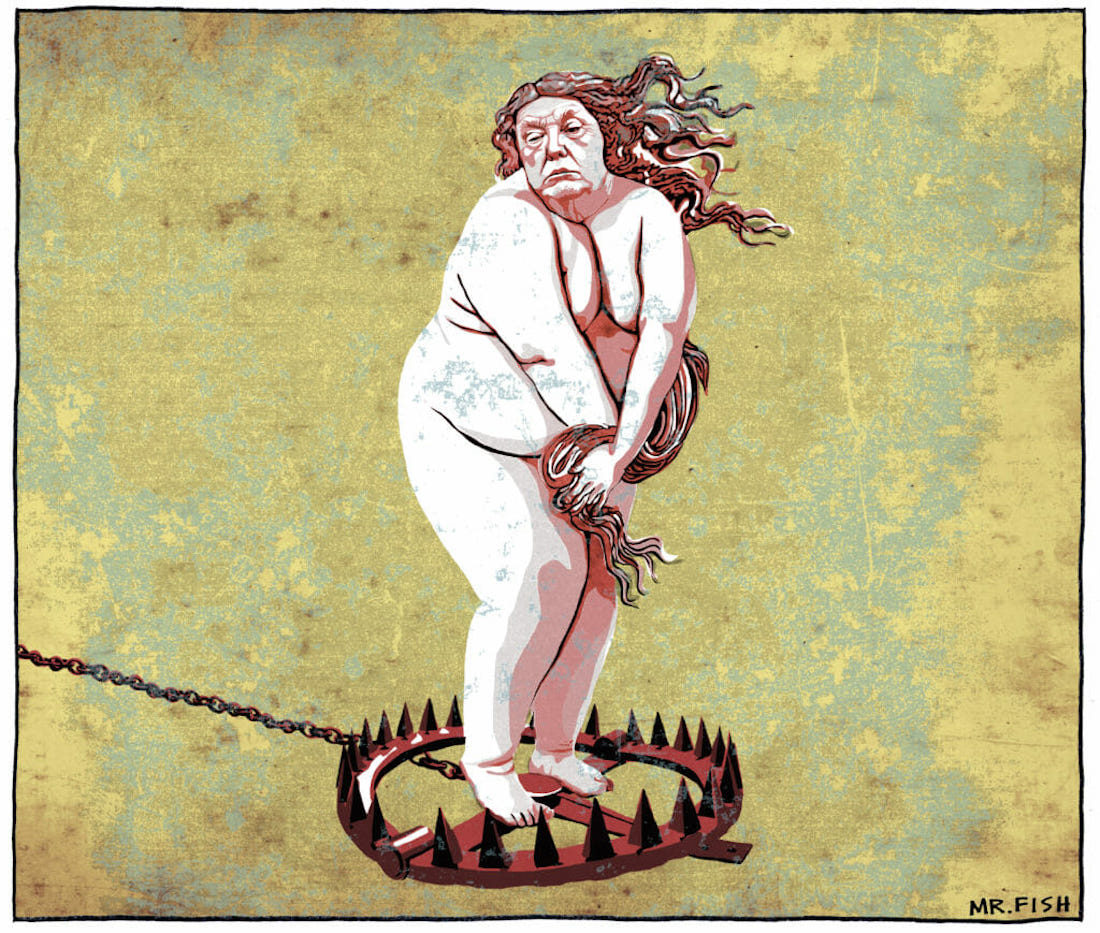 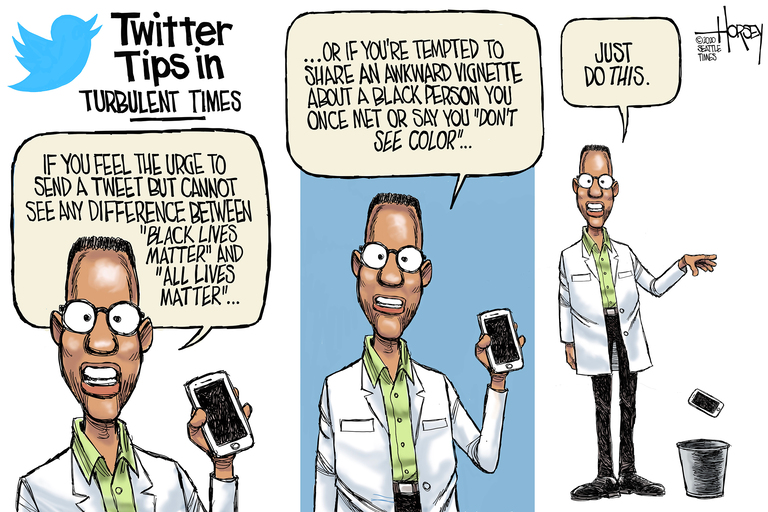 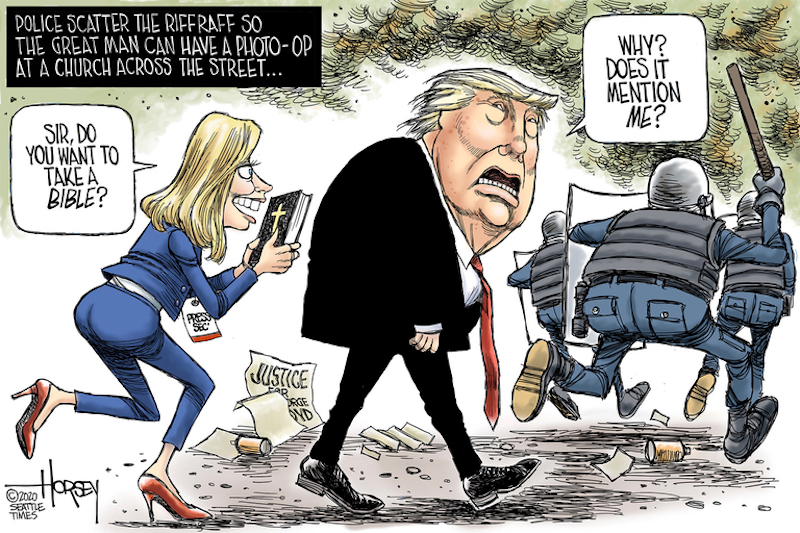 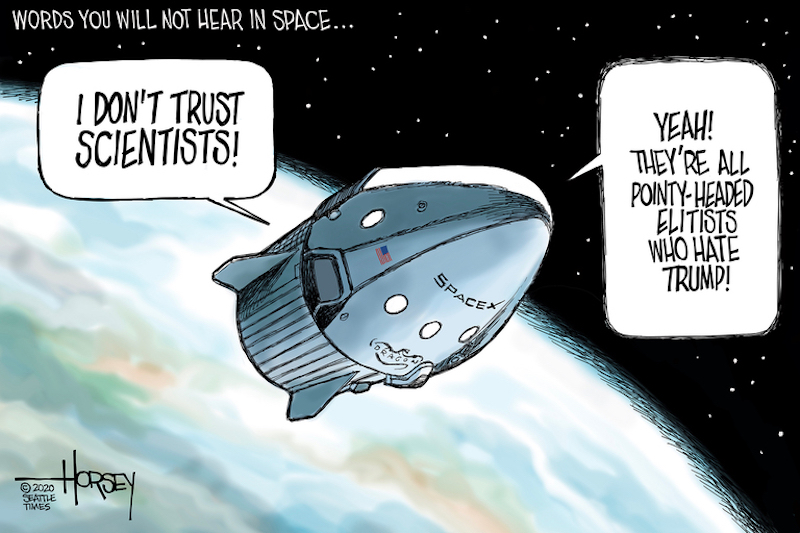 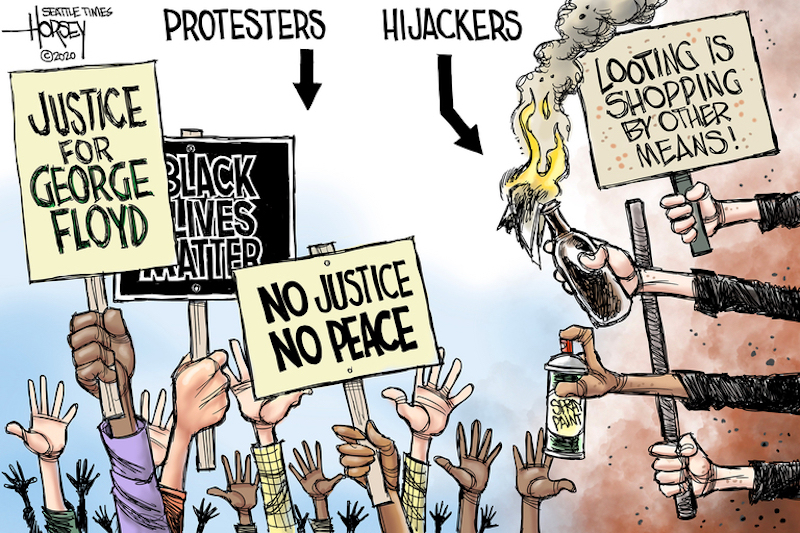 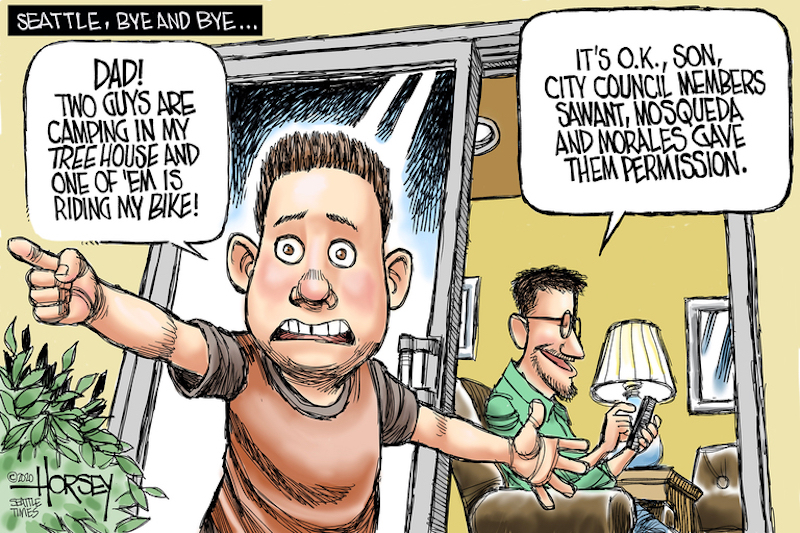 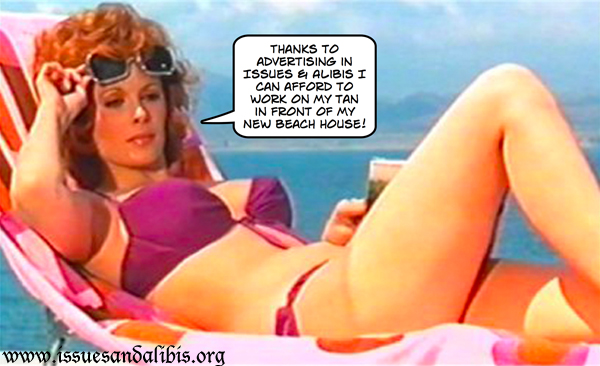