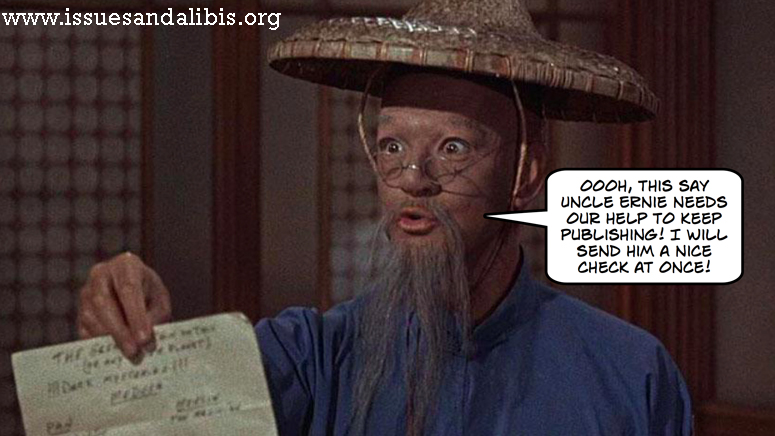 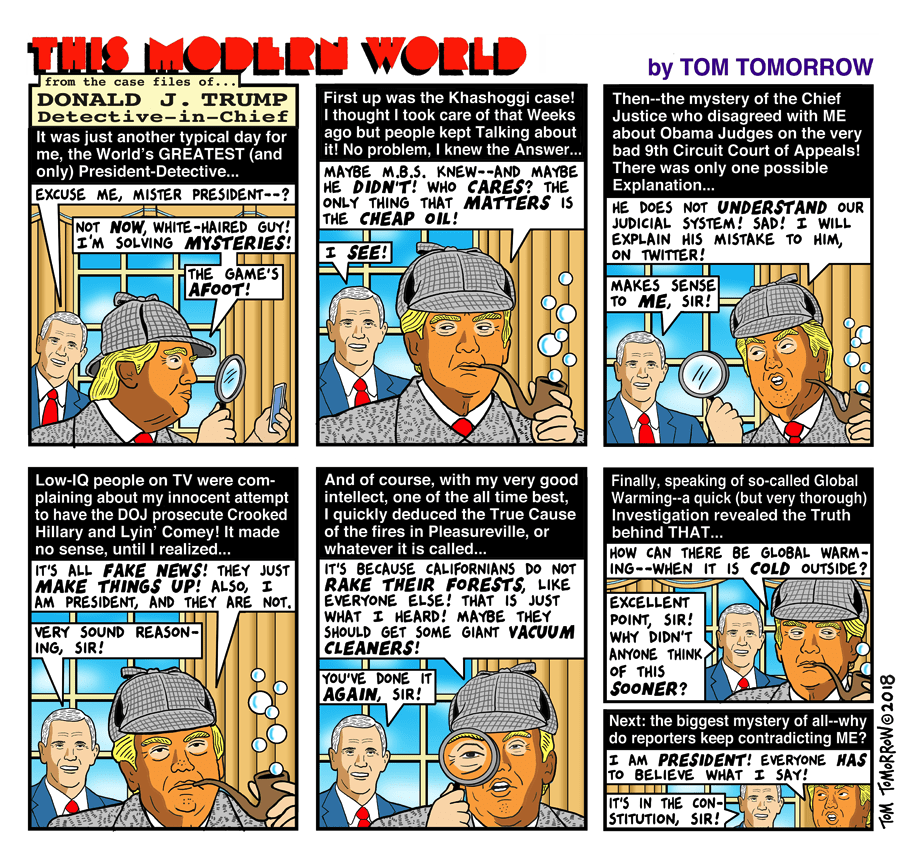 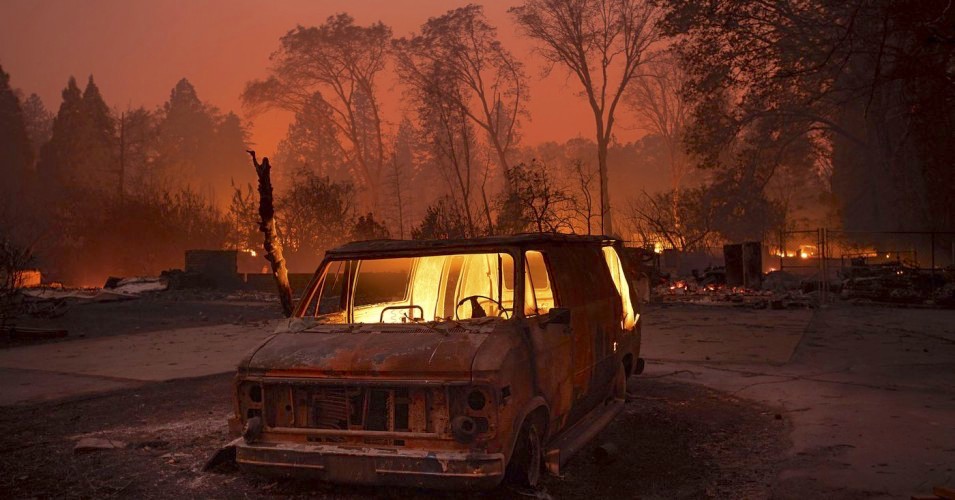 Flames burn inside a van as the Camp Fire tears through Paradise, Calif. Authorities say the fire
was 95 percent contained by Thanksgiving Day. Paradise is about 140 miles north of San Francisco. 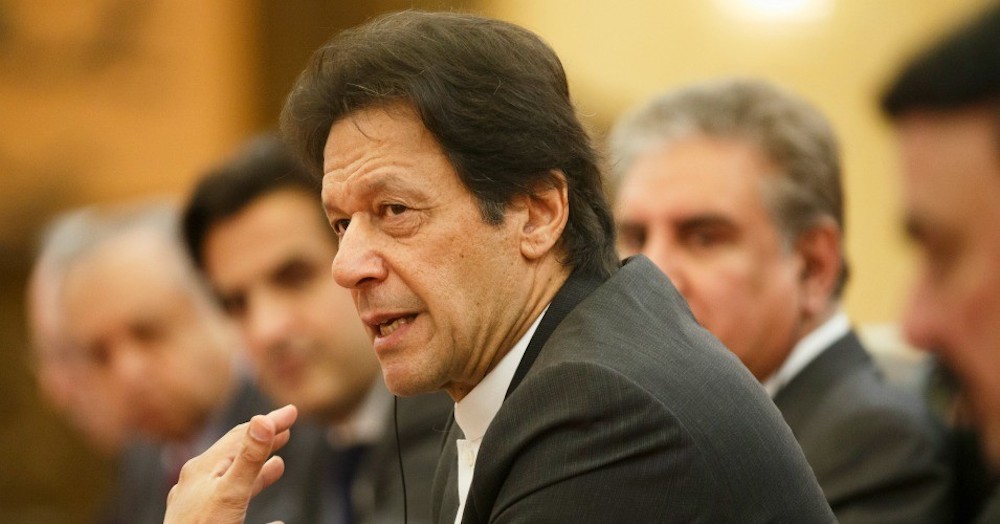 Pakistani Prime Minister Imran Khan sparred with President Donald Trump this week over its role in the so-called War on Terror. 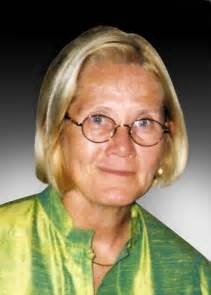 U.S. Relations With Pakistan Hit Rock Bottom With Trump's Tweets
The U.S. isolates itself from Pakistan at its own peril.
By Ann Wright

After I wrote the following story about my trip to Pakistan ten days ago, President Trump began tweeting about Pakistan's lack of effort in the war on terror which triggered a tweet storm with new Pakistani Prime Minister Iran Khan. Trump told Fox News on Sunday, November 18 that Pakistan should have revealed that Osama bin Ladin was "living in Pakistan in what I guess they considered a nice mansion, right next to the military academy. Everybody in Pakistan knew he was there. And we give Pakistan $1.3 billion a year... I ended it because they don't do anything for us, they don't do a damn thing for us."

Khan responded on Monday morning on Twitter with three tweets: First tweet: "Record needs to be put straight on Mr Trump's tirade against Pakistan: 1. No Pakistani was involved in 9/11 but Pak decided to participate in US War on Terror. 2. Pakistan suffered 75,000 casualties in this war & over $123 bn was lost to economy. US "aid" was a minuscule $20 bn.

Third tweet: "Instead of making Pakistan a scapegoat for their failures, the US should do a serious assessment of why, despite 140000 NATO troops plus 250,000 Afghan troops & reportedly $1 trillion spent on war in Afghanistan, the Taliban today are stronger than before."

President Trump then sent out his own series of tweets:

First tweet: "Of course we should have captured Osama Bin Laden long before we did. I pointed him out in my book just BEFORE the attack on the World Trade Center. President Clinton famously missed his shot. We paid Pakistan Billions of Dollars & they never told us he was living there. Fools!.."

Second tweet: "....We no longer pay Pakistan the $Billions because they would take our money and do nothing for us, Bin Laden being a prime example, Afghanistan being another. They were just one of many countries that take from the United States without giving anything in return. That's ENDING!"

Prime Minister Khan then responded: "Trump's false assertions add insult to the injury Pak has suffered in US WoT in terms of lives lost & destabilised & economic costs. He needs to be informed about historical facts. Pak has suffered enough fighting US's war. Now we will do what is best for our people & our interests."

As I write in the following article, the US isolates and antagonizes Pakistan at its own peril due to Pakistan's role in Afghanistan and with relations with Iran and China.

I was in Pakistan ten days ago speaking at the conference "The Geopolitics of Knowledge and Emerging World Order" organized by the Pakistani National Defense University. The symposium brought together scholars and journalists from six countries at the top military university in Pakistan. My contribution was "How Perceived Exceptionalism, Racism, Hatred, Bigotry and Rejection of the Rule of Law Can/Will Dethrone an Empire."

The U.S. isolates itself from Pakistan at its own peril. With a population of over 202 million, Pakistan has the sixth largest population in the world following China, India, USA, Indonesia and Brazil, is one of nine countries that have developed nuclear weapons and is a key player in regional security issues involving its neighbors Afghanistan, Iran, India and China.

Not surprisingly, with the U.S. government turning away again, the new government of Pakistan led by Imran Khan has turned to its neighbors for assistance-Iran and China. The first international dignitary that the new Prime Minister met with after his election in July was the Foreign Minister of Iran.

While I was in Pakistan, Khan was busy with both domestic and international issues. That week, the Iranian Foreign Minister again visited Pakistan to speak with Khan and Khan travelled to China to be the Guest of Honor of the Chinese government at the First China International Import Expo held in Shanghai November 2-3, 2018. The Khan administration is banking on the $60 billion in land and sea projects underway with the China-Pakistan Economic Corridor (CPEC), a link in China's massive project of the Belt-and-Road Initiative (BRI) or the New Silk Road.

The Trump administration has been left on the sidelines-again-in a very important region where the U.S. has embarked on its eighteenth year of war on Pakistan's neighbor Afghanistan.

In the days (October 31-November 3, 2018) I was in Pakistan, the challenges for the new Pakistani government were on display. Protests paralyzed the country over the decision of the Pakistani Supreme Court to acquit a Pakistani Christian woman named Aasia Bibi of charges of blasphemy-of insulting Islam or the Prophet Mohammed-after she had been on death row for eight years.

The mere allegations of blasphemy have resulted in deaths of those accused by religious zealot vigilantes led largely by the Tehreek-e-Labaik Pakistan party which is well known for its hardline stance on blasphemy issues. Founded in 2015, the TLP blockaded Pakistan's capital Islamabad for several weeks in 2017 calling for stricter enforcement of Pakistan's controversial blasphemy laws which forced the resignation of the federal law minister and paved the way for the group to poll more than 2.23 million votes in the July 25, 2018 general election.

The Supreme Court that ruled that there was no evidence eight years ago on which to convict Ms. Bibi and who cited parts of the Koran to bolster their decision, are themselves under threat of death by the vigilantes.

The Supreme Court acquittal resulted immediately in thousands of Muslims (primarily men) taking to the streets, blocking traffic, burning tires, cars. The protests continued for three days with Prime Minister Imran Khan and the Pakistani Army Chief of Staff warning the protesters that the Army would take action if "chaos" resulted.

On Friday, November 2, the government shut down the entire mobile phone system including data for mobile internet for the entire country to make communications within the protest element more difficult. For twelve hours, all communications in Pakistan had to rely on landline telephones and internet within homes and businesses. All the schools in the country were closed for two days and traffic in all the major cities of Pakistan was extremely difficult due to roadblocks that had been set up by demonstrators.

And then, in the late afternoon of November 2, Taliban leader Maulana Sami Ul-Haq was stabbed and killed in his home in the military town of Rawalpindi. He was an internationally known cleric and chancellor of Pakistan's Darul Uloom Haqqania seminary/madrassah/university. The university had awarded Taliban chief Mullah Omar an honorary doctorate and the majority of the leaders of the Afghan Taliban, including Jalaluddeen Haqqani, founder of the Haqqani network, and Akhtar Mansoor, former leader of the Taliban had studied at the university.

After the Taliban came to power in Afghanistan in the mid-1990s, eight ministers in its governmental cabinet had studied at Darul Uloom Haqqania, giving Sami-ul-Haq, the title "father of the Taliban." Although reportedly not active in the past few years, Sami-ul-Haq earlier had served as a mediator between the Taliban and the rest of the world. Fazlur Rehamn Khalil has reportedly taken Sami-ul-Haq's place as chief mediator and was one of the religious leaders who met in a conference in Islamabad in October 2018 and endorsed a peace process in Afghanistan.

As a result of this meeting in Islamabad that brought together Pakistan's federal Minister for Religious Affairs Pir Noorul Haq Qadri, a Taliban delegation and Pakistani Ulema (the body of Muslim scholars trained in Islam and Islamic law who are the interpreters of Islam's doctrine and laws and chief guarantors of continuity in the spiritual and intellectual history of the Islamic community), including Fazlur Rehman Khalil, and as a follow-on to the first round of Taliban-USA direct talks held in Qater, the government of Pakistan released Taliban co-founder and second in command Abdul Ghani Bradar, Mullah Abdul Samad Sani and five other Taliban commanders. Baradar had been detained in Pakistan since Al Qaeda's September 11, 2001 attack on the World Trade Center, the Pentagon and the aircraft that crashed in Pennsylvania.

The U.S. would be wise to engage, rather than distance itself from the new Pakistani administration as many of the regional issues relating to Afghanistan, Iran and China have key security and economic implications in Pakistan.

(c) 2018 Ann Wright is a 29 year US Army/Army Reserves veteran who retired as a Colonel and a former US diplomat who resigned in March, 2003 in opposition to the war on Iraq. She served in Nicaragua, Grenada, Somalia, Uzbekistan, Kyrgyzstan, Sierra Leone, Micronesia and Mongolia. In December, 2001 she was on the small team that reopened the US Embassy in Kabul, Afghanistan. She is the co-author of the book "Dissent: Voices of Conscience." (www.voicesofconscience.com) 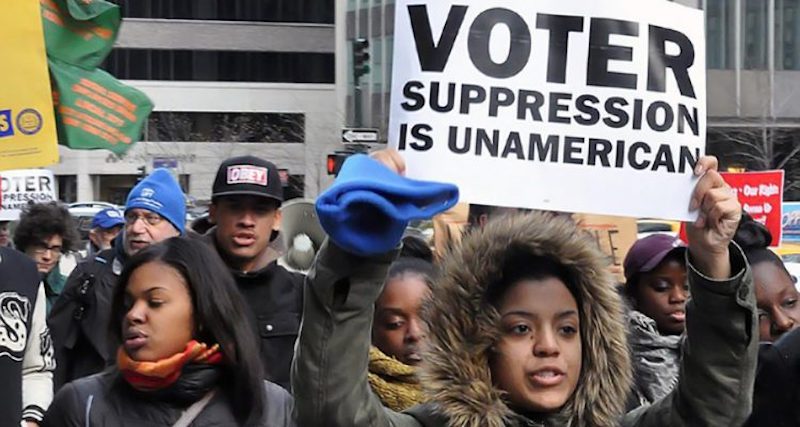 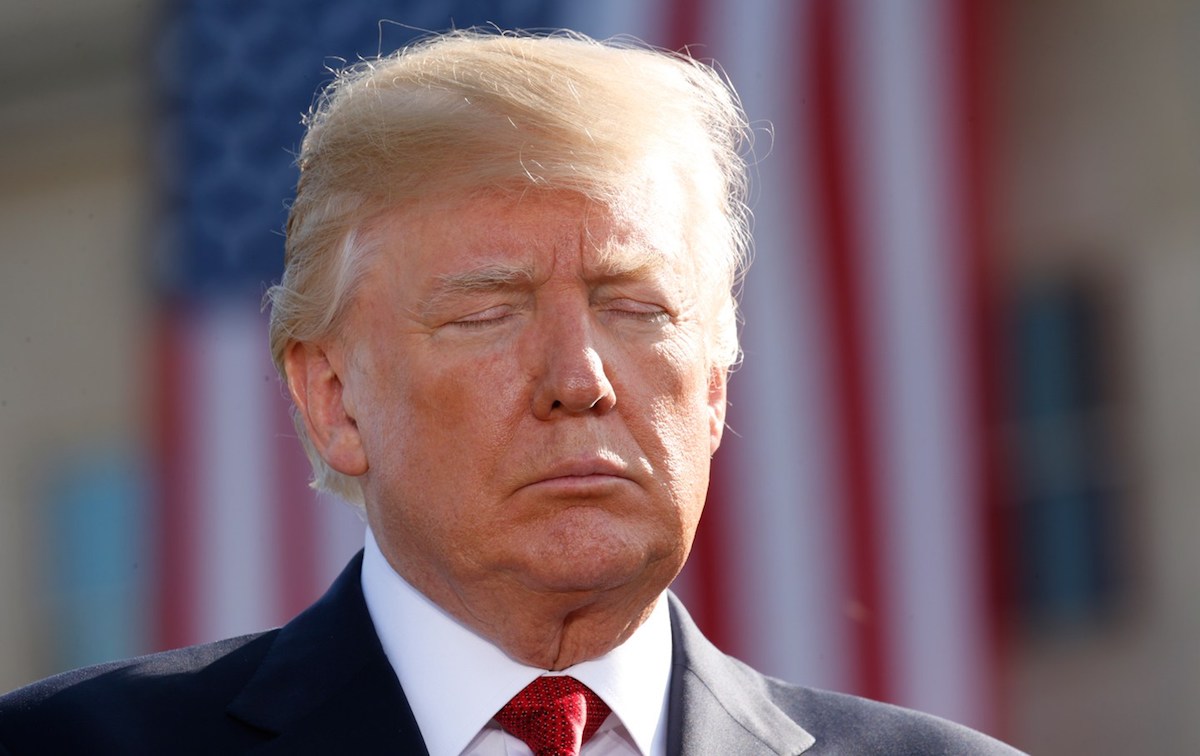 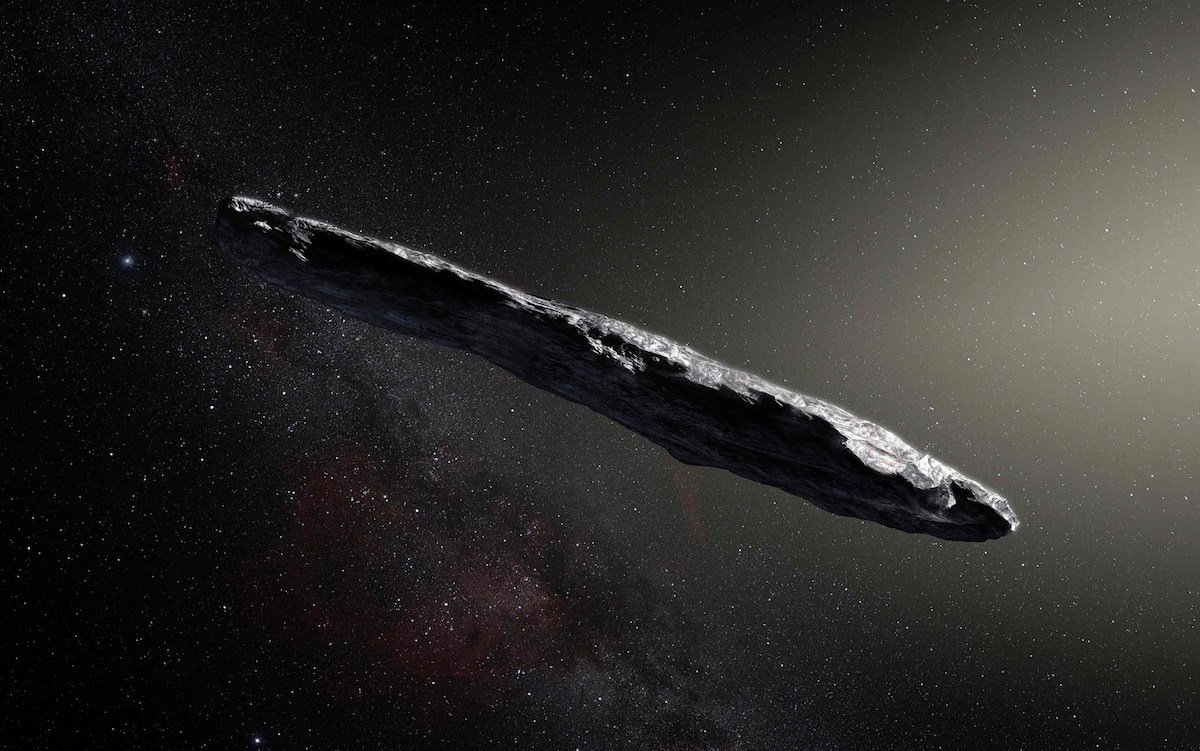 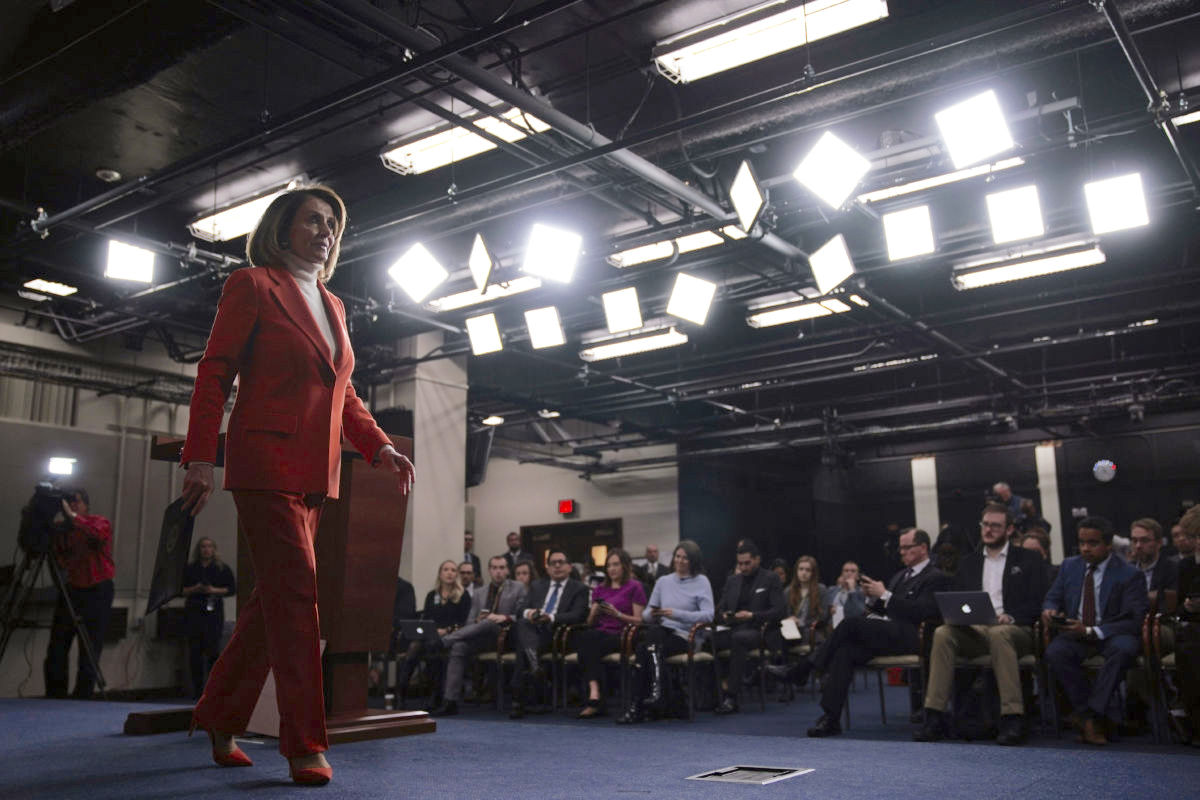 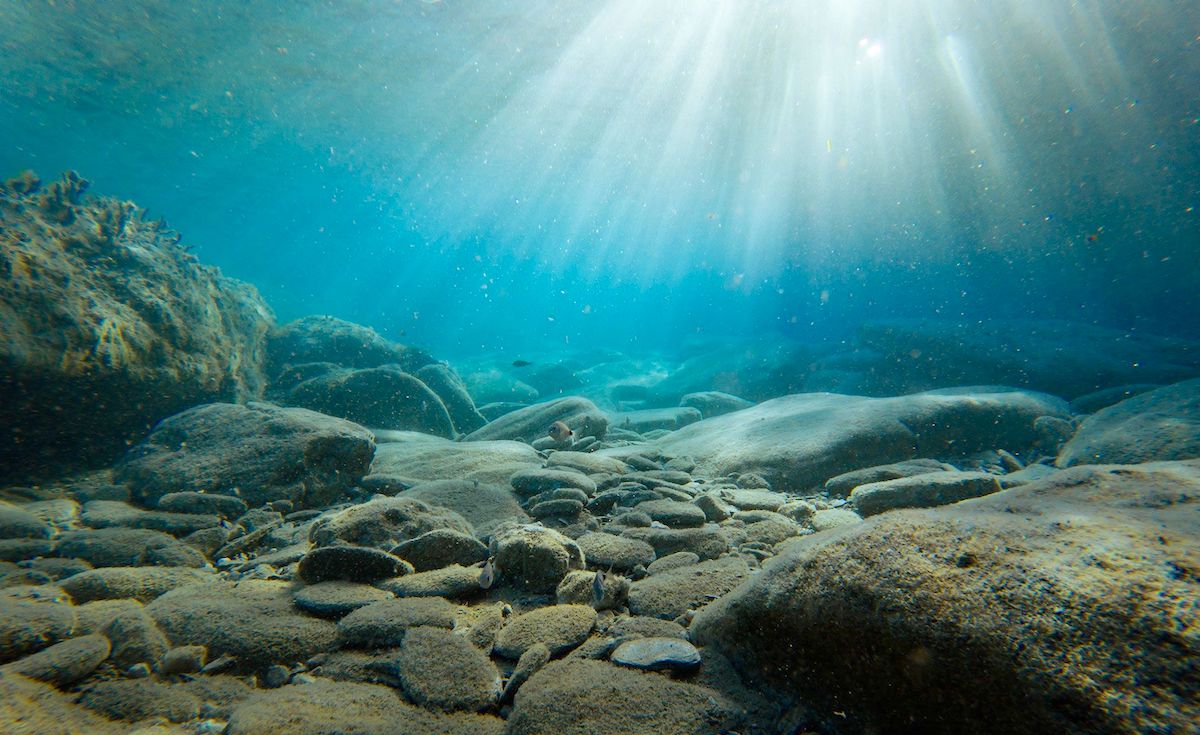 Errors in a recent ocean warming study illustrate global warming's complexity.
Criticism of the study led to greater understanding and strengthening of the methodology and analysis. 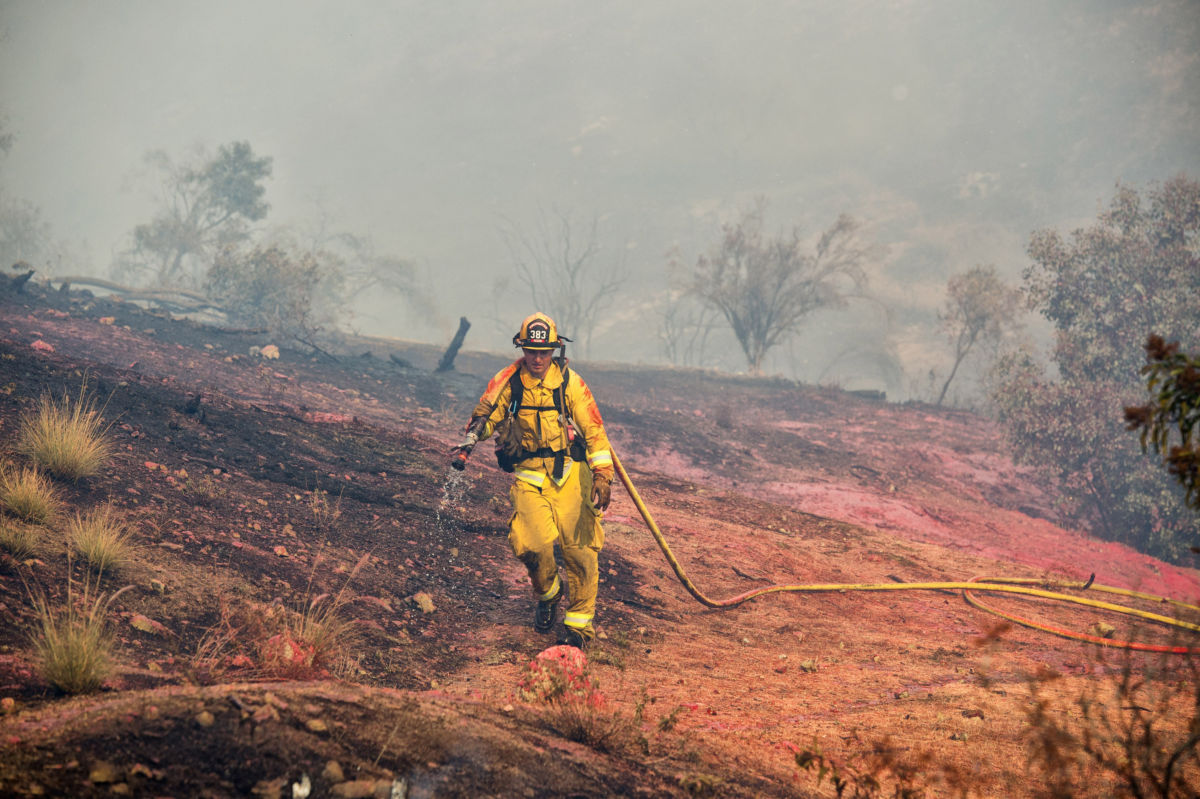 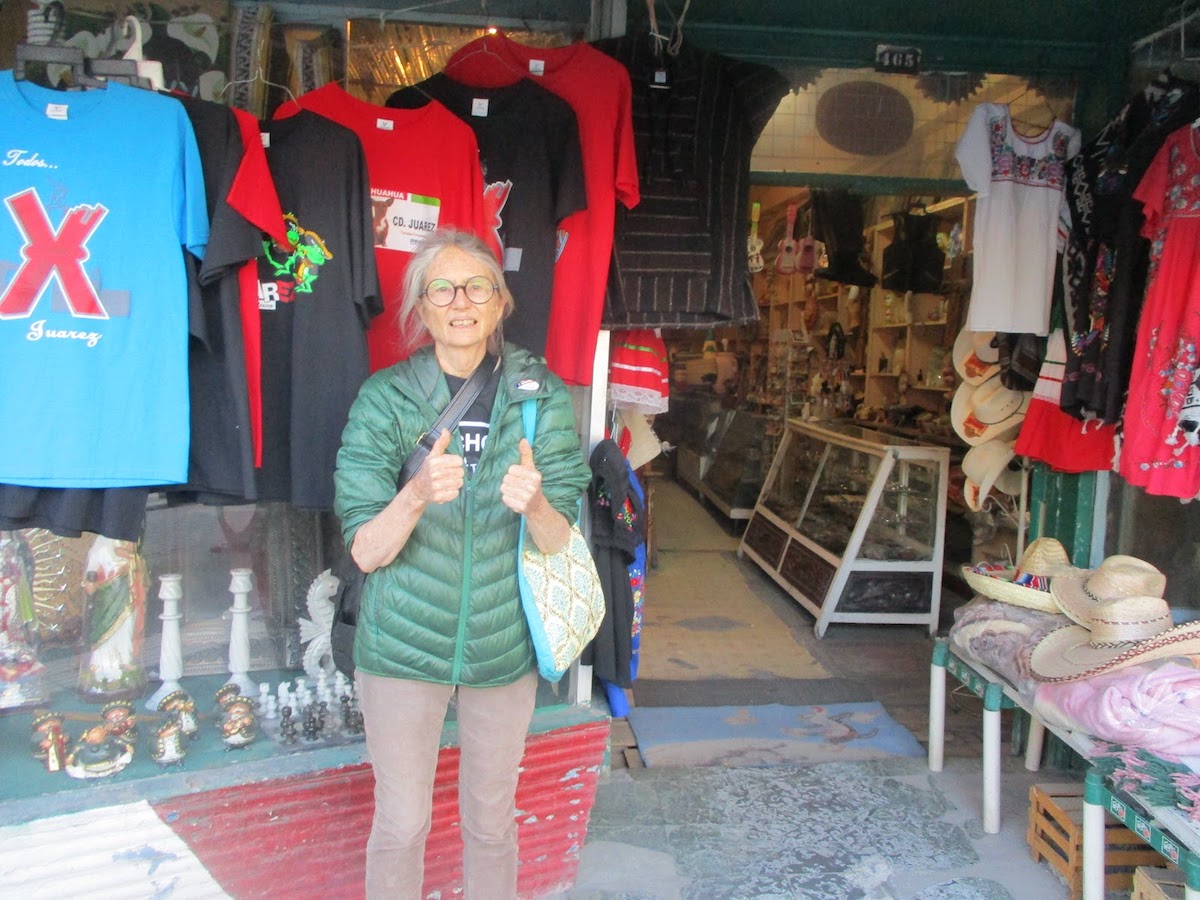 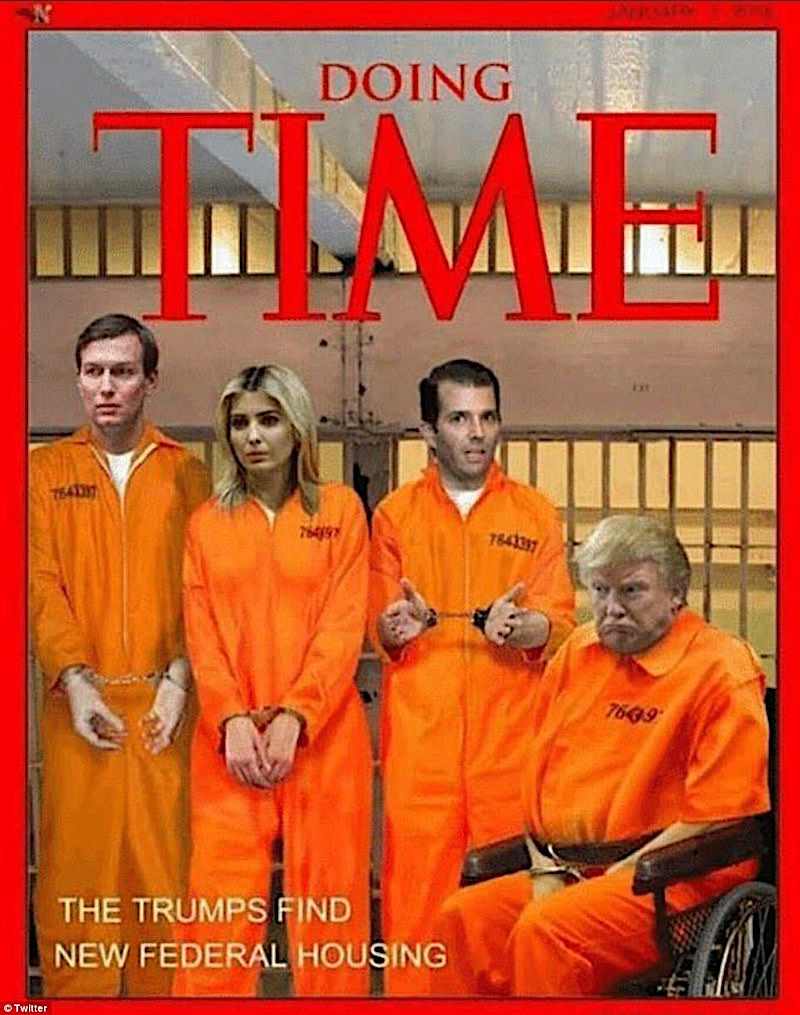 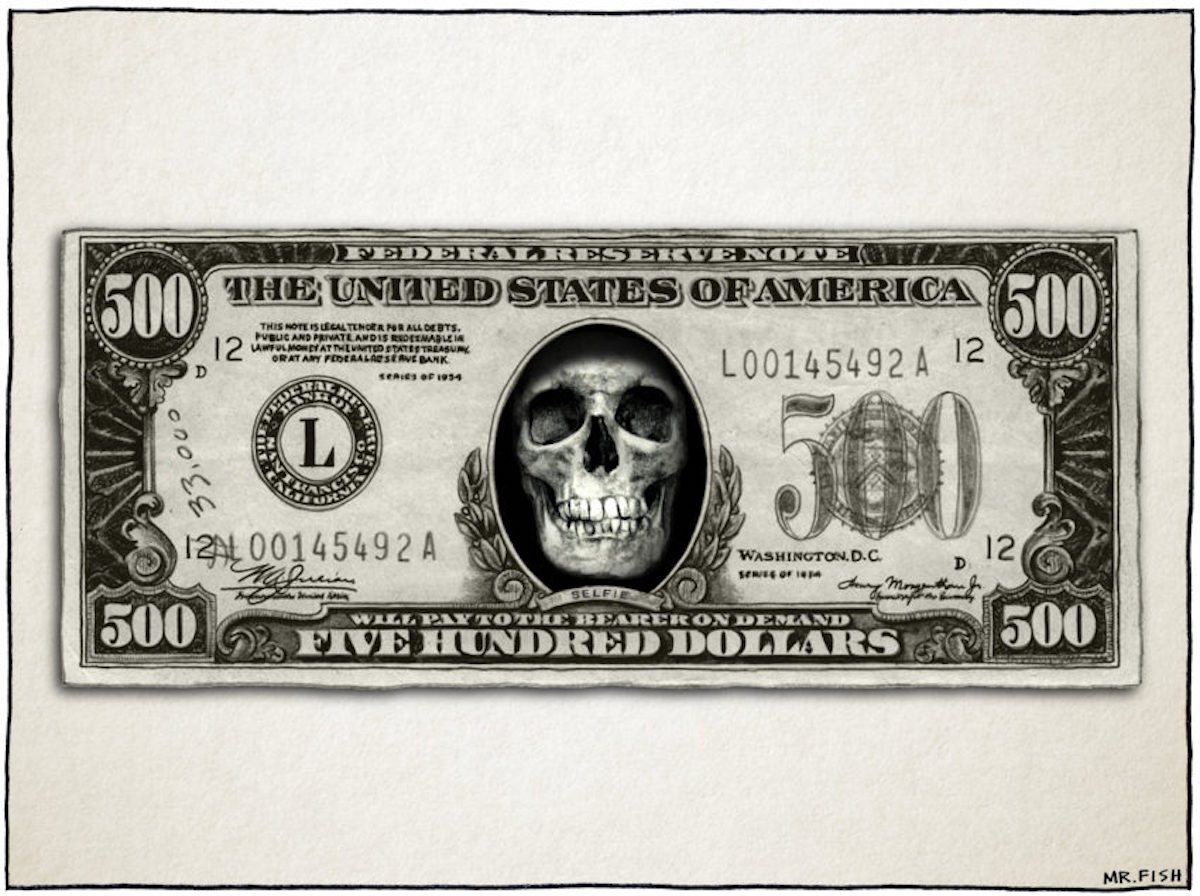 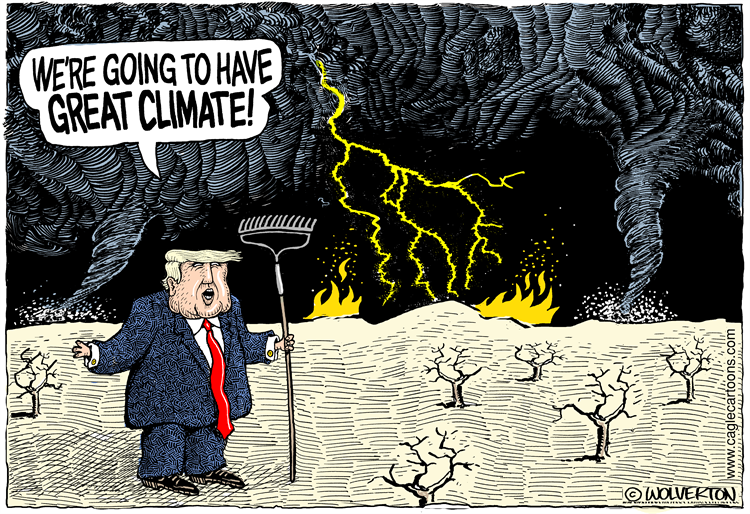 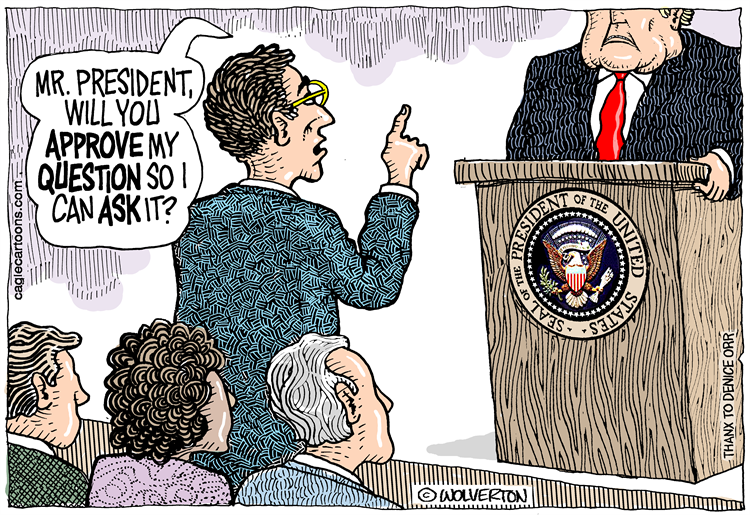 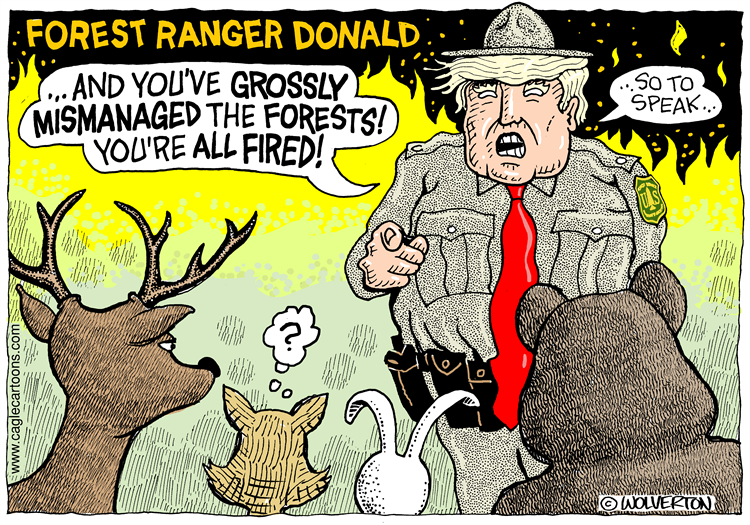 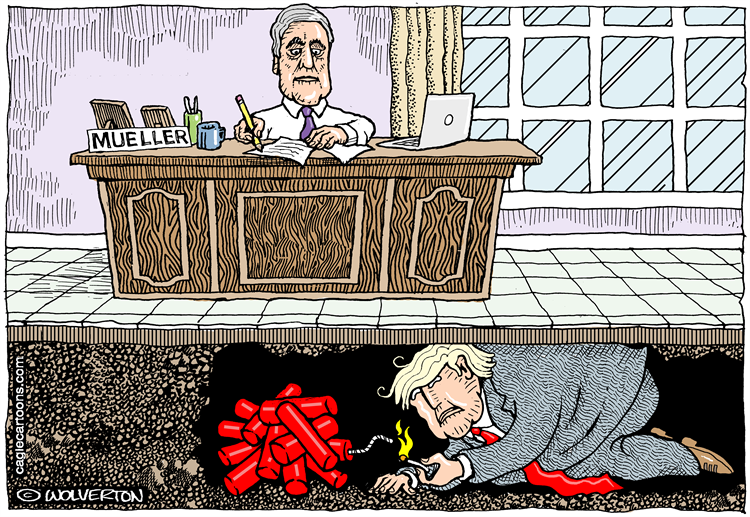 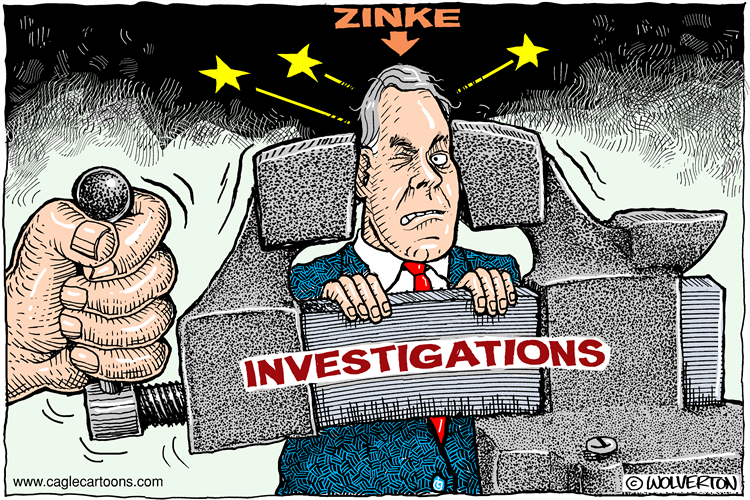 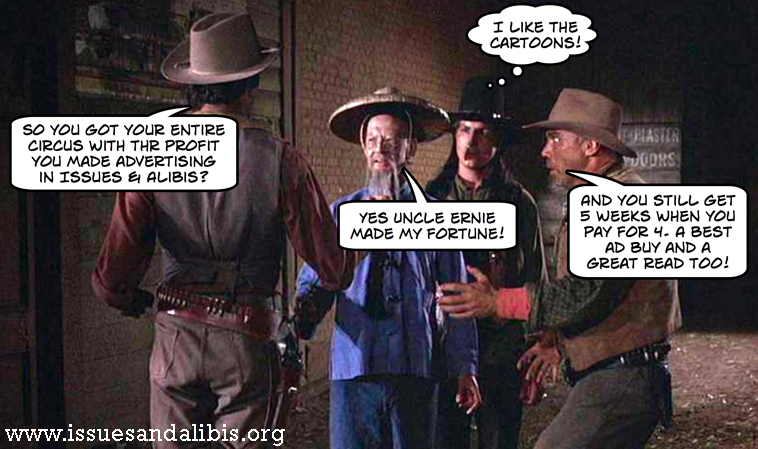